Sie befinden sich hier: Lexxion > State Aid Blogs > State Aid Uncovered > Why Can the Commission Not be Consistent in its Analysis of Economic Activity and Affectation of Trade? 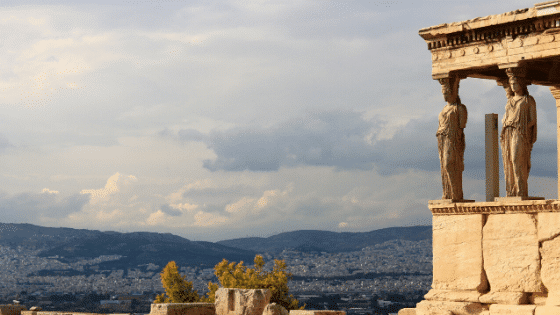 If you ask a national official who deals with State aid to identify the most challenging aspects of working with State aid rules, the answer is likely to be “the concept of undertaking” and the “effect on trade”. Other aspects can also be challenging, but a national official is unlikely to agonise about the transfer of state resources, the conferment of advantage or the distortion of competition. After all, when a public authority intervenes, in most cases it wants to confer an advantage through the resources it can mobilise.

Therefore, one would have expected the Commission to sharpen its interpretation and to offer useful guidance. Instead, when the Commission finds that a beneficiary is not an undertaking or that there is no affectation of trade, its decisions read more like ad-hoc justifications rather than rigorously reasoned analysis.[1] In this article I review a recent case where the Commission concluded that there was no State aid because, even though a small regional museum was considered to be an undertaking, trade between member states would not be affected.

The standard reply of the Commission to requests from member states for more concrete guidance on how to apply the concepts of economic activity and affectation of trade is that there can be no quantitative thresholds and that each case has to be assessed on its merits. This is a correct answer. However, nothing prevents the Commission from elaborating a more precise and, above all, consistent approach to assessing whether an activity is economic in nature or is likely to affect trade. In fact the Commission can draw on its own experience from enforcement of ant-trust principles. Over time, general and abstract principles have been elaborated and sharpened in a more or less consistent way. In the area of anti-trust, more than any other policy area, general principles have to be applied to the particular facts of each case. This has not prevented the Commission from elaborating them. It is a mystery why the Commission appears unable to do the same in the area of State aid. It is even more puzzling why whenever the Commission finds that an activity is not economic in nature or that trade is not affected, the reasoning seems to be so unpredictable.

The measure concerns the construction of the Archaeological Museum of Messara, Crete, with the main purpose of relieving the overburdened Heraklion Archaeological Museum. The project also concerns the better safeguarding, storage and exhibition of artefacts currently exhibited in the Heraklion Museum and of others that are kept in warehouses under the responsibility of the relevant Regional Services of the Ministry of Culture. The Greek constitution stipulates that the provision of these services falls within the responsibilities of the State.

The new Archaeological Museum of Messara is located in the archaeological site of Gortyna, at a distance of 45 kilometres from the city of Heraklion. The project consists in the construction of the building and the connection of the complex with public utilities.

The basic attraction for tourists in Crete is Knossos, a monument of the Minoan civilization which is located in the northern part of the prefecture of Heraklion. According to the available data, out of the circa 600,000 annual visitors to Knossos only about 55,000 also visit the archaeological sites of Phaistos and Gortyna.

The Greek authorities made the following claims and commitments:

The cost of the tickets for admission into the museum will be relatively low and the limited revenues from the ticket sales will be used solely to meet the operating expenses of the museum itself. In addition to the sale of tickets, which will be the main source of income, other sources will be the lease revenue for the canteen and the income from the sale of souvenirs and other items from the museum shop.

Based on a financial analysis, the operating revenues over a 15-year period are estimated at €2.16 million while the respective operating expenses are estimated at €3.79 million (discounted values). Consequently, the operation of the Museum is not expected to result in profits. Any potential profits will be channelled to cultural purposes, without benefiting any commercial activity.

The project budget is €6 million is covered 100% by a grant that is co-financed at a rate of 85% by the European Regional Development Fund and at a rate of 15 % from national funds.

The museum will be owned by the Greek state [Ministry of Culture and Sports]. The operator of the museum will be the relevant Regional Service of the Ministry of Culture. However, the operation of the canteen will be granted to a private entity, following an open, transparent, non-discriminatory and unconditional tender procedure organised in line with the EU directives. The selection of the contractor responsible for the actual construction works will also follow the same procedure.

Although the project is funded by State resources, the crucial questions with respect to the existence of State aid for the operator of the museum are the presence of economic activity and the possible affectation of trade.

[With respect to the contractor, there is no advantage, because the contract will be awarded on the bases of an open, transparent, non-discriminatory and unconditional tender procedure in compliance with the principles of EU Directive 2004/18. As a result, the state pays a market price for the construction.]

On the issue of whether the museum would perform an economic activity, the Greek authorities put forth the following arguments:

Constitution is illegal and prosecuted as a criminal offence.

However, given the fact that to classify a measure as State aid only the effect of the measure is relevant and not the cause or the objective of the State intervention, the Commission was of the opinion that “it cannot be excluded that the activity of the museum is of an    economic nature, since it provides a service against remuneration.” [paragraph 42]

“The fact that an authority does not allow third parties to provide a certain service does not rule out the existence of an economic activity, and neither does the absence of profit.” [paragraph 43] In this connection, the Commission cited the following cases: C-209/78 Van Landewyck, paragraph 88; C-244/94 FFSA, paragraph 21; C-49/07 MOTOE, paragraphs 27 and 28.

Then the Commission added that “as far as the operator of the canteen and the contractor for the construction of the project are concerned, they sell services and carry out an economic activity.” [paragraph 45].

The response of the Commission to the Greek arguments is weak and not well-reasoned. On the one hand, the Commission is right that the intentions of the State, the absence of profit and the fact that the State prohibits private activity are not relevant issues. On the other hand, the fact that the operation of the canteen and the construction of the building are economic activities [they are indeed] is not decisive to the nature of the museum. The only relevant issue is whether there can be a market where a service can be provided “against remuneration”.

In principle, I would agree with the Commission that nothing excludes the possibility that there can be a commercially viable service of exhibiting artefacts and charging an entry price that can cover costs, even if such a price does not lead to profits [i.e. excess over costs]. At the same time, it is also possible that the entry price is only nominal and intended to cover the extra costs generated by visitors, without being intended to cover the whole cost of maintenance and safeguarding. Under these conditions, a museum would not be a viable commercial project and, therefore, it would never be constructed and operated as an economic activity. For example, universities and public hospitals not considered to perform an economic activity routinely charge small fees to students and patients. These fees are not “remuneration”, i.e. a quid-pro-quo for the value of the education or health care. The same reasoning can be applied to an archaeological museum.

It should be remembered that the Court of Justice has explicitly stated that payment for a service does not necessarily convert it to an activity economic. In its judgment in case C-263/86 Humbel concerning public education, the Court explained the following:

“First of all, the State, in establishing and maintaining such a system, is not seeking to engage in gainful activity but is fulfilling its duties towards its own population in the social, cultural and educational fields. Secondly, the system in question is, as a general rule, funded from the public purse and not by pupils or their parents. … The nature of the activity is not affected by the fact that pupils or their parents must sometimes pay teaching or enrolment fees in order to make a certain contribution to the operating expenses of the system.” [paragraphs 18-19]

“The notified measure must be distinguished from aid measures promoting the development of big national museums and attractions which are able to attract an international audience, are widely promoted outside of the region in which they are located and are clearly of a different scale and nature than the local project supported by the present measure.” [paragraph 47]

Because Crete is already a tourist destination with a large number of archaeological sites and because the main attraction is Knossos, the Commission thought that the new museum in Messara would “not constitute either a final destination or a new pole of attraction for tourists. In all likelihood, any visitors to the museum coming from other Member States will have made a decision to visit Crete irrespective of the existence of the Messara museum, which only serves in a complementary manner to provide more effective conservation and presentation of the archaeological monuments of the region.” [paragraph 48]

It then referred to the following corroborating factors:

On the basis of the above factors, the Commission concluded that there would be no affectation of trade either by the museum or by the operator of the canteen.

The reasoning of the Commission on the affectation of trade is not satisfactory. About 600,000 tourists visit Knossos. The Commission does not indicate whether they are all foreign. About 55,000 of them also visit Messara. This is about 9%. If all the visitors are foreign, then 9% is a significant threshold for finding affection of trade. Moreover, if at present 9% of tourists visit when there is no museum in the area, how many more will visit when a proper museum will be built there? Affectation of trade is a forward looking exercise because it requires the Commission to establish whether there is a reasonable “expectation” that the pattern of trade may be affected.

Messara is only 45 km from Heraklion. It is puzzling why the Commission considers that it is difficult for tourists to access Messara. And if the distance from Heraklion – the main city of Crete – is only 45 km, there may be no need for tourist infrastructure in the Messara area. Tourists can visit for the day.

The Commission does not explain what “absence of EU-wide publicity” is. In the age of internet, there is no need for publicity. Persons who intend to travel can search and find whatever they wish to find on the internet.

Lastly, the significance of the reference to UNESCO’s World Heritage Monuments is unclear. Are tourists presumed to visit only or mostly monuments that are included in UNESCO’s list? This is an assumption that a casual observation could suggest to be false.

[1] See, for example, recent articles on this blog:

[2] The Commission Decision can be accessed at: