You are here: Lexxion > Competition Blogs > Feature > New momentum for abandoning the 50+1 rule of the German Bundesliga? 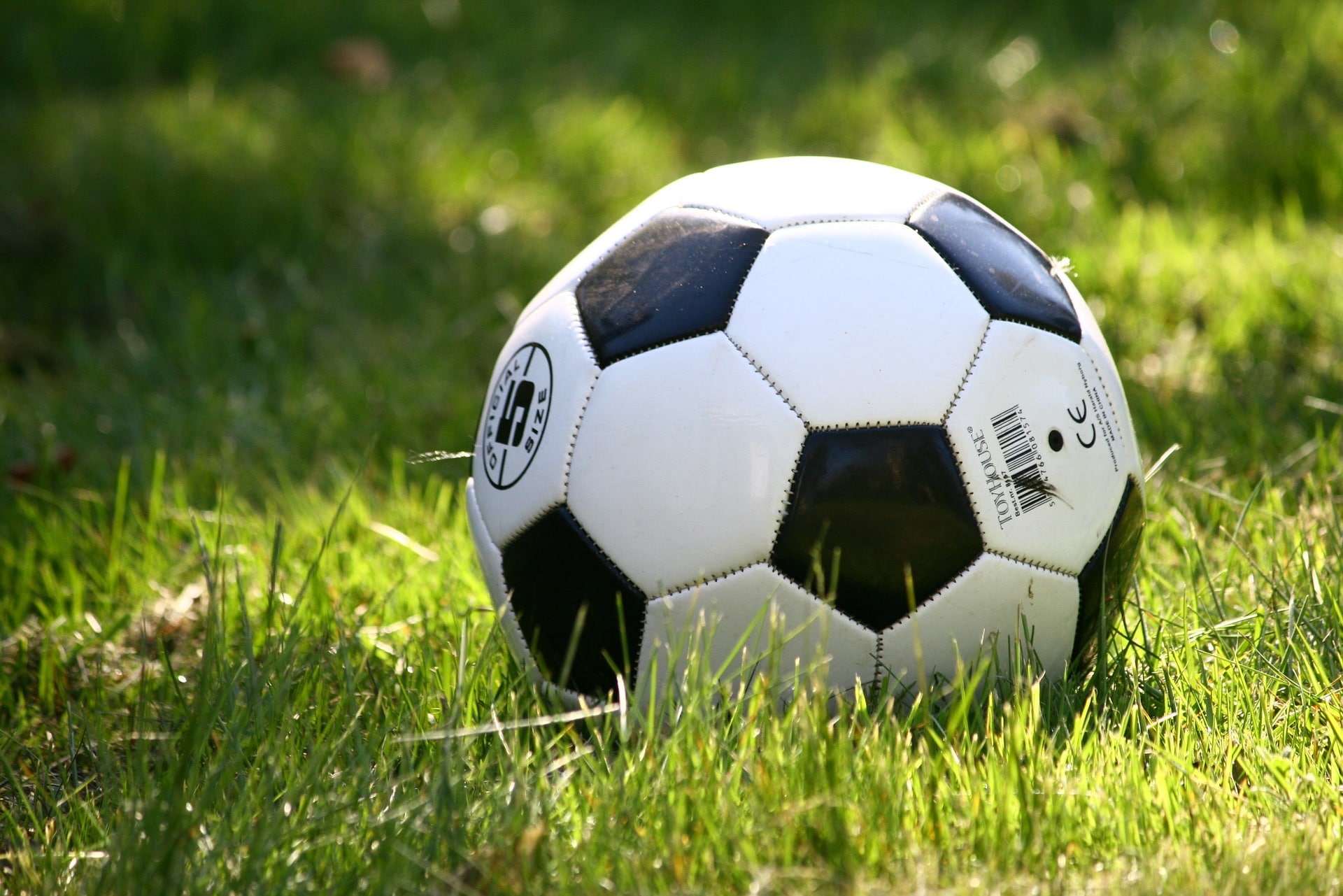 Have you recovered from the World Cup yet? Whether or not, it is now time to focus on the national football leagues again and support the football club of your choice (for better or worse). With regard to the German Bundesliga, the old issue of club-ownership has come back into focus over the summer when the Deutsche Fußball Liga (‘DFL’ – German Football League) asked the Bundeskartellamt to examine the legitimacy of the infamous ‘50+1’ rule of German Football Club ownership (see here; in German).
This post will give an overview of the 50+1 rule and comment on some possible issues which may arise in the competition law analysis of the Bundeskartellamt.

The 50+1 rule and the background of the conundrum

The crucial question on which the 50+1 rule impacts is whether a football club may obtain a license to play and compete in a division of the German Bundesliga. Only those clubs which are members of the DFL can compete in the Bundesliga competitions [see §§ 16, 16a No. 3 of the Deutscher Fußball Bund statutes (‘DFB’ – German Football Association) and § 10 No.1 of the DFL statutes]. Fulfilling the 50+1 rule is one of the requirements for becoming a member of the DFL (§ 16c DFB statutes and § 8 No. 2, 3 DFL statutes).
Essentially, any football club can only become a member of the DFL and, therefore, compete in the Bundesliga if the registered association (‘e.V.’) holds at least 51% of voting rights. Any corporation investing in the club can, thus, not hold more than 49% of voting rights. One must also point out that under the 50+1 rule it still remains possible for a corporation to acquire and hold a majority of non-voting shares in the football club.

The rule has frequently been criticised for preventing smaller or less affluent clubs from being able to compete against more established clubs, such as the FC Bayern, and therefore preventing a balanced athletic competition or preventing more clubs from being able to compete at international level. Unsurprisingly, criticism has mostly come from side of potential investors, such as one of the rule’s most adamant critics, Martin Kind, who has long been trying in vain to attain more influence over Hannover 96 (see e.g. here or here), or from clubs with grander international ambitions, such as FC Bayern, whose Karl-Heinz Rummenigge saw the 50+1 rule as promoting populism in German football (see e.g. here).

On the other hand, the rule has been hailed for preserving the clubs’ ‘culture’ and ensuring a representation of fan-interests (e.g. with regard to ticket prices or player wages) over investor interests.

Interestingly, the members of the DFL, the clubs themselves, have voted against abandoning the rule earlier this year with a majority of clubs being in favour of retaining the 50+1 rule. This is the second time the clubs have rejected this rule, the first rejection having taken place in 2009.

The 50+1 rule under competition law

The issue of investors versus fans aside and with the issue finally being put to the Bundeskartellamt, how likely is it that the rule will hold up under competition law? While the outcome remains to be seen, there are several points which will be interesting to look out for in the Bundeskartellamt’s analysis. This analysis operates on the assumption that the clubs are all private undertakings.

The relevant behaviour and markets

The first issue that will be interesting to see is what the relevant markets will be in the eyes of the Bundeskartellamt. This will, most likely, depend on what exactly is seen as the area in which the 50+1 rule might impact competition. If the focus is put on the DFL as such, competing internationally with other football associations for TV licenses, the impact of the 50+1 rule would only be mediately, by possibly making games involving German teams more attractive to watch and overall raising the number of German teams competing internationally. This is possible, but unlikely. The Bundeskartellamt has previously commented on the DFL and its distribution of TV licenses (see here) and while it ultimately did not have to make a full decision, the authority made no mention of the 50+1 rule in this context, making it unlikely that the issue will now be raised. It is also unclear in which other area the DFL as such would compete with other national football associations.
If the emphasis is put on the competition for investors between the different clubs, a broad, probably even worldwide, geographic market seems possible. This is the most likely approach. However, with the different football leagues being strictly national competitions, of course, and the currently existing differences in international relevance of the different clubs as well as the element of regional and traditional identification of fans and, more importantly, investors alike with a certain club, there is an argument to be made for an only Germany-wide geographic market (after all, it cannot be a coincidence that Kind is focussing exclusively on Hannover 96 with his business (hearing aids) having its headquarters near Hannover and Kind himself having been born in the area.) The personal attachment to a certain football club is frequently precisely that – a personal issue that may well influence the interest of certain investors in specific clubs. It will be interesting to see whether the Bundeskartellamt’s analysis will reflect or at least mention this rather non-legal and non-economic fact that most football fans know to be true. It will also be interesting to see whether the Bundeskartellamt will find a difference in geographic market between those clubs of the first and those of the second Bundesliga.
Ultimately, these considerations will influence which infringement is being considered in more detail (collusive behaviour or monopolistic behaviour) and whether the assessment will focus on German or also on EU competition law.

Assuming that the focus of the investigation will not be put on the DFL as such, (despite the DFL having a monopolistic position in several regards), an infringement would have to be determined by investigating the adoption of the 50+1 rule as a decision by an association of undertakings. In that case, both under German and EU competition law, the question is whether agreeing to the 50+1 rule leads to the prevention, restriction, or distortion of competition. The football clubs all act and compete for investors in the same way and at the same level, making the agreement a horizontal one.

So in what way does the 50+1 rule impact the competition for investors? The clubs are still responsible for setting the prices of their shares and trading conditions as such as they seem fit. They are also, technically, not immediately limited in making their club attractive for investors based on their athletic performance. What the 50+1 rule does is, as has been pointed out, limit the influence investors can have on the running of the club they are investing in. In this, the 50+1 rule may limit investment, a restriction which is mentioned in Article 101 I(b) TFEU. However, in this particular case, one must keep in mind that the 50+1 rule is not limiting investment by the agreeing undertakings or investment in their competitors. Rather, the rule is putting the very undertakings which have agreed to it at a potential competitive disadvantage compared to other international clubs to whom no such rule applies. The clubs do not exclude potential competitors or influence potential investment in the competing clubs of other national leagues. The potentially infringing decision disadvantaging its very creators is unusual, to say the least, and while the wording both of the German Competition Act (‘ARC’) and the TFEU does not seem to explicitly exclude this case from still constituting an infringement of competition law, this constellation adds a unique element to the assessment. It will be interesting to see, whether and, if so, how the Bundeskartellamt addresses this issue.

For completeness sake, the nature of restricting their own attractiveness for investors might be an indication of actually being an internal decision within the DFL, with its members – the clubs – and the DFL as such ultimately being seen as a single entity. Any such decision would not attract further scrutiny of competition law regarding collusive behaviour to begin with. It has been laid down e.g. in Viho v Commission that the respective subsidiaries are to be considered a single economic entity, if they ‘do not enjoy real autonomy in determining their course of action in the market, but carry out the instructions issued to them by the parent company controlling them’ (para 16). While the different clubs are ultimately bound by their decision in favour of the 50+1 rule, one must not forget that the clubs themselves were the ones voting to retain the rule, thus autonomously deciding to adhere by this rule. Further, the clubs also have autonomy regarding the rest of their market behaviour (the distribution of TV licenses excluded, as has been pointed out above). What is more, even if the DFL and its members were to be considered a single economic entity, attracting scrutiny under §§ 18 et seq. ARC or Article 102 TFEU, that would still not do away with the fact that their decision disadvantages themselves more than any competitors in the eyes of international investors and the 50+1 rule does not have any exclusionary effect on any other clubs not involved in the decision.

Ultimately, it is surprising that the 50+1 rule is only being put to the Bundeskartellamt now. The fact that the Bundeskartellamt has not picked up investigations itself, despite the broad media coverage the issue has continuously been getting, may be an indication that the authority deems an infringement unlikely. Whether that is actually the case and, if so, which explanation the Bundeskartellamt will find promises to be an interesting (and hopefully not too superficial) analysis.