You are here: Lexxion > Competition Blogs > The antitrust books you should’ve read in 2019 [part 1] 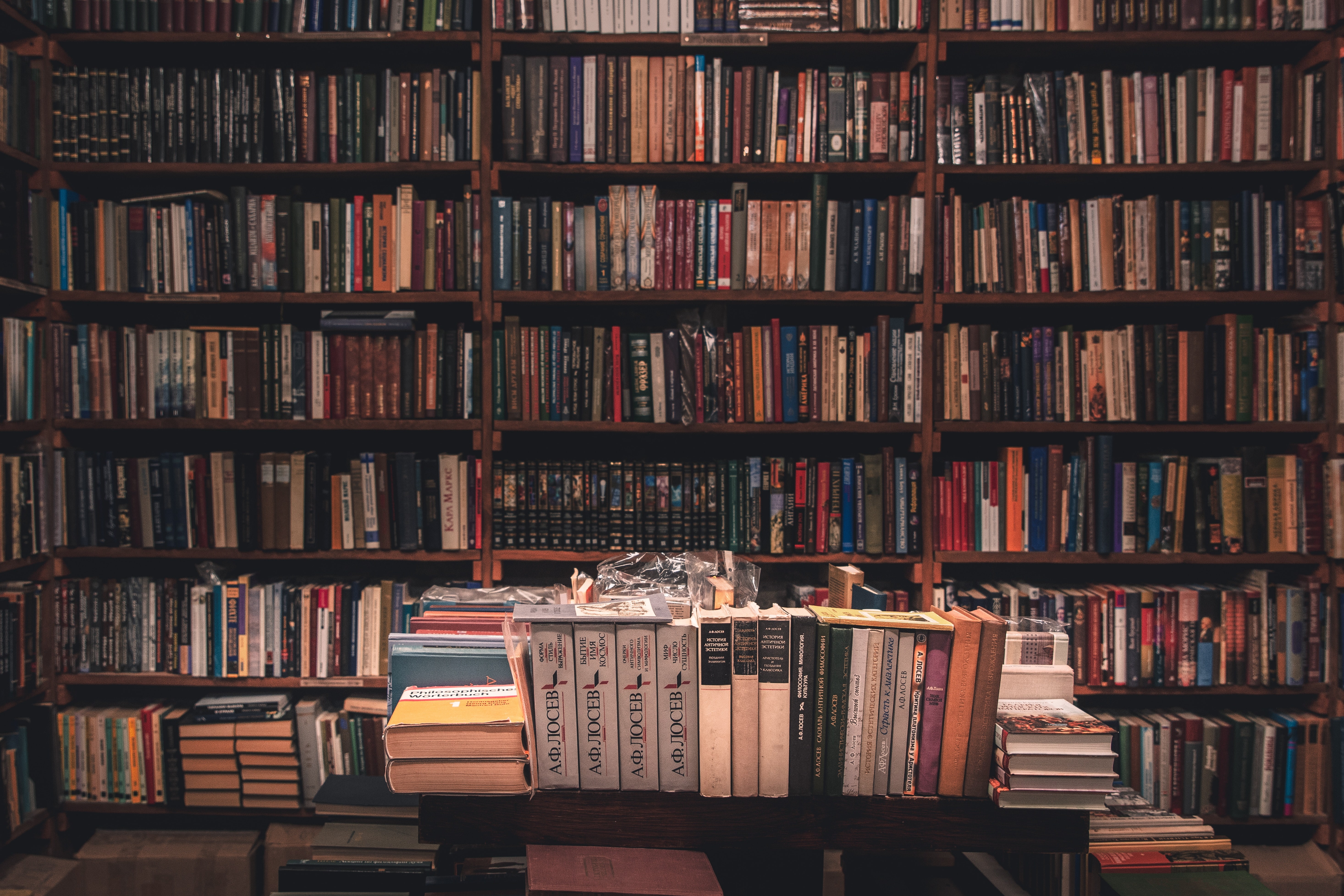 While the past year may not have been spectacular on all fronts, it was a very good one when it came to the publication of antitrust books. New editions of authoritative textbooks were published, including the 7th edition of Jones & Sufrin (the 9th edition of Whish & Bailey was released in 2018). New entrants also dared challenge the incumbents: Lianos, Korah & Siciliani released their own competition law tome (which comes in at 1,784 pages!). Given that all of these textbooks were published with Oxford University Press, intra-brand competition seems stronger than inter-brand competition.

However, 2019 also saw the growth of a slightly different market (or perhaps just a sub-market): that of antitrust books aimed at a wider audience. The charge was lead by authors that are well-known in antitrust circles such as Tim Wu, but also includes less familiar names such as Thomas Philippon. It is striking that the great majority of these books come from the US, where an antitrust revival appears to be ongoing.

‘The Curse of Bigness: Antitrust in the New Gilded Age’ by Tim Wu

In short: While technically a November 2018 release, Columbia Law Professor Tim Wu’s The Curse of Bigness cannot possibly be omitted from this list. In a crisp 145 pages, Wu makes perhaps the most elegant argument to date for an antitrust revival in the United States. He starts by chronicling how greats such as Justice Brandeis and President Roosevelt spurred effective antitrust enforcement at the height of the Gilded Age (late 19th – beginning of 20th century). In the 1960s and 70s, however, its original intent was distorted by the Chicago School, which lead to a period of consolidation. Finally, he argues that we are currently living in a New Gilded Age, as exemplified by the dominance of big tech companies. This makes a return to antitrust’s original aims and methods—a so-called ‘Neo-Brandeisian Agenda’—all the more necessary. In particular, antitrust needs to exhibit a true concern for ‘bigness’, which comes with private political power. To do so effectively, it will need new tools and remedies, including a return to breakups.

Favourite chapter: As is clear from his previous books, The Master Switch and The Attention Merchants, Wu is a gifted storyteller, in particular when it comes to (legal) history. This talent is on full display in Chapter 3 on ‘The Trustbuster’, Theodore Roosevelt.

Quotable: ‘The law that the Supreme Court once called a “comprehensive charter of economic liberty aimed at preserving free and unfettered competition” no longer condemns monopoly, but has grown ambivalent, and sometimes even celebrates the monopolist—as if the “anti” in “antitrust” has been discarded.’ (p. 16-17)

Further reading: Wu takes a legal-historical approach to the evolution of antitrust enforcement. A similar topic has been covered from different angles, notably—from a more political angle—by Matt Stoller in his book Goliath (2019) and—from an economic angle—by Jonathan Tepper in The Myth of Capitalism (2019).

‘The Great Reversal’ by Thomas Philippon

In short: Towards the end of The Great Reversal, Thomas Philippon summarizes the thesis of his book in three points (so I don’t have to): ‘First, US markets have become less competitive: concentration is high in many industries, leader are entrenched, and their profit rates are excessive. Second, this lack of competition has hurt US consumers and workers: it has led to higher prices, lower investment, and lower productivity growth. Third, and contrary to common wisdom, the main explanation is political, not technological: I have traced the decrease in competition to increasing barriers to entry and weak antitrust enforcement, sustained by heavy lobbying and campaign contributions.’ (p. 205) Philippon actually goes beyond diagnosing the problem, but also offers solutions, taking inspiration from a comparable economy that is more competitive: the EU. A controversial view if ever there was one, but the piles of data that Philippon relies on to make his case shift the burden of proof to his critics.

Favourite chapter: Every chapter overflows with interesting data, from Philippon’s own research as well as many other sources, and challenges widespread assumptions. Chapter 13, in which he asks whether the top firms—Google, Amazon, Facebook, Apple and Microsoft (‘GAFAM’)—are really ‘different’, is particularly interesting. He disproves two assumptions, first, that ‘tech firms are somehow thoroughly different from dominant companies of previous generations’ and, second, ‘that the GAFAMs are so integral to the health of the US economy that they must be protected’ (p. 252). While there is certainly room for disagreement, Philippon thus offers a valuable contribution to a raging debate.

Quotable: ‘The reason EU consumers are better off than American consumers today is because the EU has adopted the US playbook, which the US itself has abandoned.’ (p. 289)

Further reading: As with The Curse of Bigness, readers may appreciate books such as The Myth of Capitalism by Jonathan Tepper (2019) and Goliath by Matt Stoller (2019). Big is Beautiful by Robert Atkinson and Michael Lind (2018) is worth a read for its opposing perspective.

In short: United States v. Apple is ostensibly about the famous eBooks case, in which Apple was found to facilitate a cartel between the large trade publishers regarding the price of eBooks. The target of the cartel was the increasingly dominant Amazon, but—as with any cartel—consumers were bound to be the real victim. However, Chris Sager actually just uses the eBooks case as an effective narrative device to write something fundamental about the broader book industry and competition law generally. He doesn’t shy away from addressing tough questions. One such question running through the book is whether there are any goods we should exempt from the forces of competition, to which his answer is negative. He also asks whether it is a good idea to let undertakings fight a monopoly with a cartel, answering that ‘[t]he fact that Amazon may be an anticompetitive danger itself does not really provide any support for a supplier cartel, but it most definitely supports improvement in doctrinal antitrust. Specifically, the plaintiff’s burden in single-firm monopolization cases should be made easier.’ (p. 235) This last answer may both please (a stronger section 2 of the Sherman Act!) and displease (no supplier cartels?) Neo-Brandeisians, which only goes to show the nuances of the book.

Favourite chapter: I particularly enjoyed chapter 7, in which Sagers gives the reader a rundown of ‘The Old Business of Books’.

Quotable: Sagers puts much of the blame for the current state of the book industry with the publishers themselves and does not mince his words: ‘The destruction of traditional literary commitments in favour of short-term profits is the deepest regret express in the many recent memoirs by industry veterans. In its wake, the leading trade publishers’ lists are now devoid of contemporary poetry, serious academic works in science, social science, or the humanities, and political work other than polemical, current-evens potboilers written by celebrity pundits.’ (p. 96)

Further reading: The book is a great introduction (and actually a lot more than that) to the publishing industry, just like Rockonomics (see part 2) is a great book to learn more about the music industry. If anyone has knowledge of books illuminating the inner workings of the other entertainments industries (film, gaming), please alert me.

PS: Don’t skip the book’s dedication to the author’s father, who had to quit his schooling at age twelve. Sagers notes ‘how hard it always was to convince him that that circumstance said no more about him than outward signs say about the large number of abject morons afoot who’ve managed to secure elite degrees.’ Amen.