You are here: Lexxion > Competition Blogs > Why you (often) don’t need the essential facility doctrine in the digital economy? – Interpreting Lithuanian Railways and Slovak Telekom 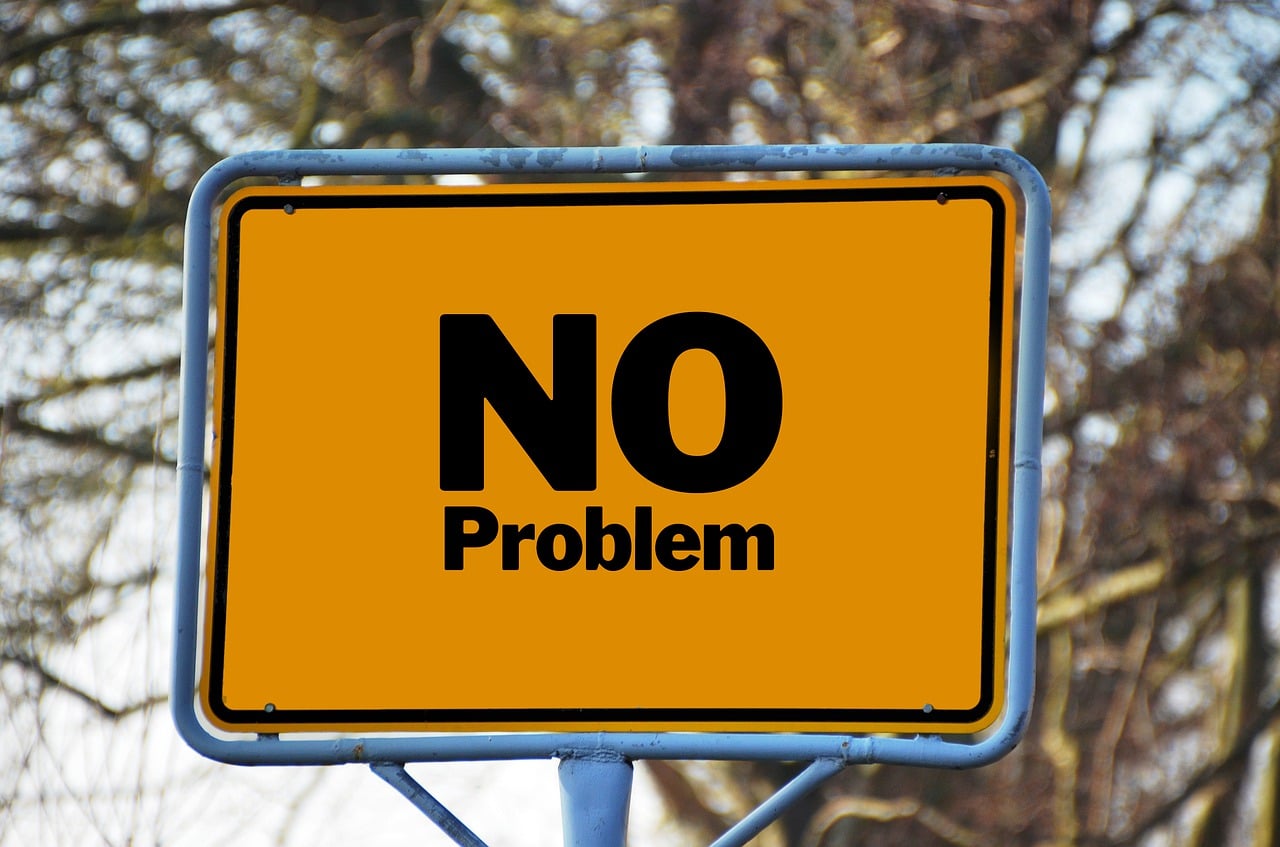 The insights from Lithuanian Railways and Slovak Telekom may have serious implications for the application of the Oscar Bronner case law in the future. These insights may prove, however, to have the most value in the digital economy where it would appear that the essential facility doctrine might often not even be needed – not even in the case of access to data. The focus of this post is therefore to delineate this limited scope of application of the essential facility doctrine following and its implications for the digital economy.

The application scope of the Oscar Bronner test

As previously discussed, the recent cases of Lithuanian Railways and Slovak Telekom have set some new boundaries or better yet filters to the application scope of the Oscar Bronner test. When dealing with (potentially) abusive market access obstacles, applying the Oscar Bronner test depends on whether:

i. Access (to a facility) is mandated by (secondary) regulation

According to AG Øe in Slovak Telekom, only actual refusals to make a facility available to others may fall under the Oscar Bronner test. Practices that have the effect of hampering access to a facility but do not entail an apparent refusal to make access to it available will fall outside the scope of the Oscar Bronner case law and will be assessed under the general framework of art. 102 TFEU. Accordingly, the Oscar Bronner test can only be applied when the concerned practice has both the form and the effect of a refusal to deal (in addition to an absence of regulation).

Implications for the digital economy

The application of the essential facility doctrine in the context of the digital economy, and specifically with respect to online platforms, is considered one of the main challenges faced by competition law policy today. On the one hand, the competitive process between platforms, despite being intense, often leads to winner-takes-all outcomes where certain platform undertakings succeed in obtaining a gatekeeper role. In such scenarios, third parties that require access to their platform and/ or data to compete effectively in a new or existing market depend on the willingness of such platforms to deal with them. On the other hand, succeeding in the digital economy often means that platforms must be selective with the actors they get ‘on board’ and regulate their behavior in a manner that does not undermine their own commercial interests or legal obligations. This reality, also discussed in the Commission’s expert report, has led to calls for adjusting the essential facility to better fit the legal and economic context of online platforms and data they possess. The above-mentioned insights from Lithuanian Railways and Slovak Telekom ease, however, many of the concerns raised in this context.

The term online platforms, although commonly used in competition policy debates, do not have a defined legal meaning. The term online platform is therefore associated with a business model or strategy rather than with a specific category of legal actors. This is even true in the context of the Platform-to-Business regulation that does not refer to online platforms as such, but to the platform economy in general and to intermediary service providers in particular. This absence of legal meaning for this term means in practice that many platforms may in practice fall under various existing regulatory frameworks. These frameworks may include sectors such as banking, telecom, transport, tourism, education, media, and others. While platforms do their best to position themselves in the most favorable legal ‘definitional box’, their attempts are not always successful. This can be seen for example, with Uber and AirBnB (in the NL), which failed in securing themselves the title of ‘information society service’. Consequently, following these decisions,  both platforms faced new regulatory limitations and obligations.

Following the findings of the GC in Lithuanian Railways and Slovak Telekom, it would appear that consequences of the legal qualification of platforms also extends to the possibility to rely on the essential facility doctrine when refusing to make a facility available to others. Accordingly, if the legal definition given by the courts or other authorities for the platform brings it within the ambit of a legal framework where market access is regulated, the refusal to deal by such a platform may not need to be assessed under the Oscar Bronner test. Such consequences can be attached to both existing legal frameworks as well as to new ones that are formulated in a manner that allows for certain platforms to fall under their scope of application.

Ban-lists vs. removals and refusals

Many of the recent complaints against prominent platforms like the Amazon marketplace or the Google and Apple app stores concern the removal or refusal of commercial parties that used such platforms as sales channels. Such actions triggered at the time the question of whether relying on the essential facility doctrine could help the trading parties of such platform to (re)gain access to the platform (see previous posts here and here). If the CJEU follows the findings of AG Øe in Slovak Telekom, however, many of these practices will not require making such an assessment at all.  According to AG Øe it is only outright refusals to make a facility available that need to be subject to the Oscar Bronner test. The enforcement of the terms of access in a contract between the facility owner (in this case the platform) and its trading parties remains to be assessed under the scope of Art. 102 TFEU but falls out of the scope of the Oscar Bronner test. The implications of this distinction are quite significant, as it means that only parties with which the platform explicitly refuses to deal will have to rely on the Oscar Bronner test to gain access to the platform.

In the case of app stores, for example, Google does not accept apps that mine cryptocurrencies to the Play Store. Similarly, Amazon does not allow sellers that are listed on the US sanction lists to use the marketplace platform for import/ export purposes. Accordingly, it can be said the Google and Amazon refuse to make their facility available to such ‘blacklisted’ type of actors (probably for a good reason). A similar type of listings can be found in the T&C’s of all platforms, where their content varies with the service provided by the platform, of course. If the findings of AG Øe in Slovak Telekom are followed, it is only this kind of actors’ relation with the platform that needs to be assessed under the Oscar Bronner test. The access of all other actors to the platforms is subject to the manner in which each platform implements its T&Cs. These non- blacklisted actors are not denied access to the platform but are merely subject to the quality criteria of the respective platform. Therefore, if the application of the T&Cs is done in an anti-competitive manner and/ or leads to an anti-competitive effect, such practices do not need to be assessed based on the Oscar Bronner test to be found abusive under Art. 102 TFEU. In such a case, it cannot be said the platform refuses to make its facility (platform) available, even if the result is that the trading parties of the platform are prevented from using the platform.

It’s worth noting that if the line of reasoning of AG Øe is followed, Google’s claim that its practices in Google Shopping (currently under appeal) should be assessed under the Oscar Bronner test would be at the very least questionable.

Access to data is the topic that is considered to be most challenging when dealing with the essential facility doctrine. On the one hand, data is recognized to be extremely valuable in order to compete in the digital economy, which makes access to it a commercial necessity. On the other hand, the inherent characteristics of data (non–exclusive, non-exhaustive, non-rivalrous) prevent it from meeting the ‘indispensability’ criterion of Oscar Bronner. This challenging combination can be said to be the main drive behind the call to revise the essential doctrine in the context of the digital economy. Here too, however, the findings of AG Øe in Slovak Telekom can be very valuable.

Many of the current cases concerning the (lack of) access to data held by online platforms do not entail requests to access data, as such, but rather requests to have access to data as part of the terms package concerning the access to the platform. The current cases of app developers against Apple or sellers against Amazon regarding data concern situations where the trading parties were granted access to the facility (the platform) but were denied access to sales and/ or financial data generated on the platform. Accordingly, the denial of access to data in such cases is an (unfavorable) term of contract concerning the access of such parties to the platform. Therefore, refusing to grant access to data under such circumstances does not require the Commission to use the Oscar Bronner test to show such practices are abusive nor do the trading parties of these platforms to rely on the Oscar Bronner case law in order to gain access to such data. In such cases access to the facility (i.e. the platform) has already been granted, however, such access is provided subject to potentially anti-competitive terms.

Following such an interpretation would mean, in practice, that the difficulties depicted with the application of the essential facility doctrine to data are restricted to situations where data constitutes the facility in the given case. This occurs in situations where the party requesting access to data (held by a platform) does not want or cannot have access to the platform. This could be, for example, a fintech company that wants access to transaction data from Apple’s app store or the Booking.com reservation system. In such situations, the difficulties identified in the Commission’s expert report will continue to exist, however, their number is likely to be rather limited in practice as most cases seem to concern access to data as a term of the access to the platform. Furthermore, this later situation can be further restricted in scenarios where the concerned platform falls under a regulatory framework that mandates various forms of access to data.

The essential facility doctrine is undoubtedly one of the most complex legal topics in EU competition law. The difficulties associated with the strictness of the Oscar Bronner test make the case law on this matter almost impossible to apply in practice. This challenging reality is even harsher in the digital economy, where actors hope to rely on this doctrine in order to gain access to leading platforms and/or their data. Nevertheless, the recent insights provided by Lithuanian Railways and Slovak Telekom indicate that the need to rely on the strict test of Oscar Bronner is far more limited than would first appear. If the CJEU is also convinced by the interpretations provided by the GC and AG in these cases, such a confirmation would have great implications for the digital economy where the revision of the essential facility doctrine is considered a necessity these days.