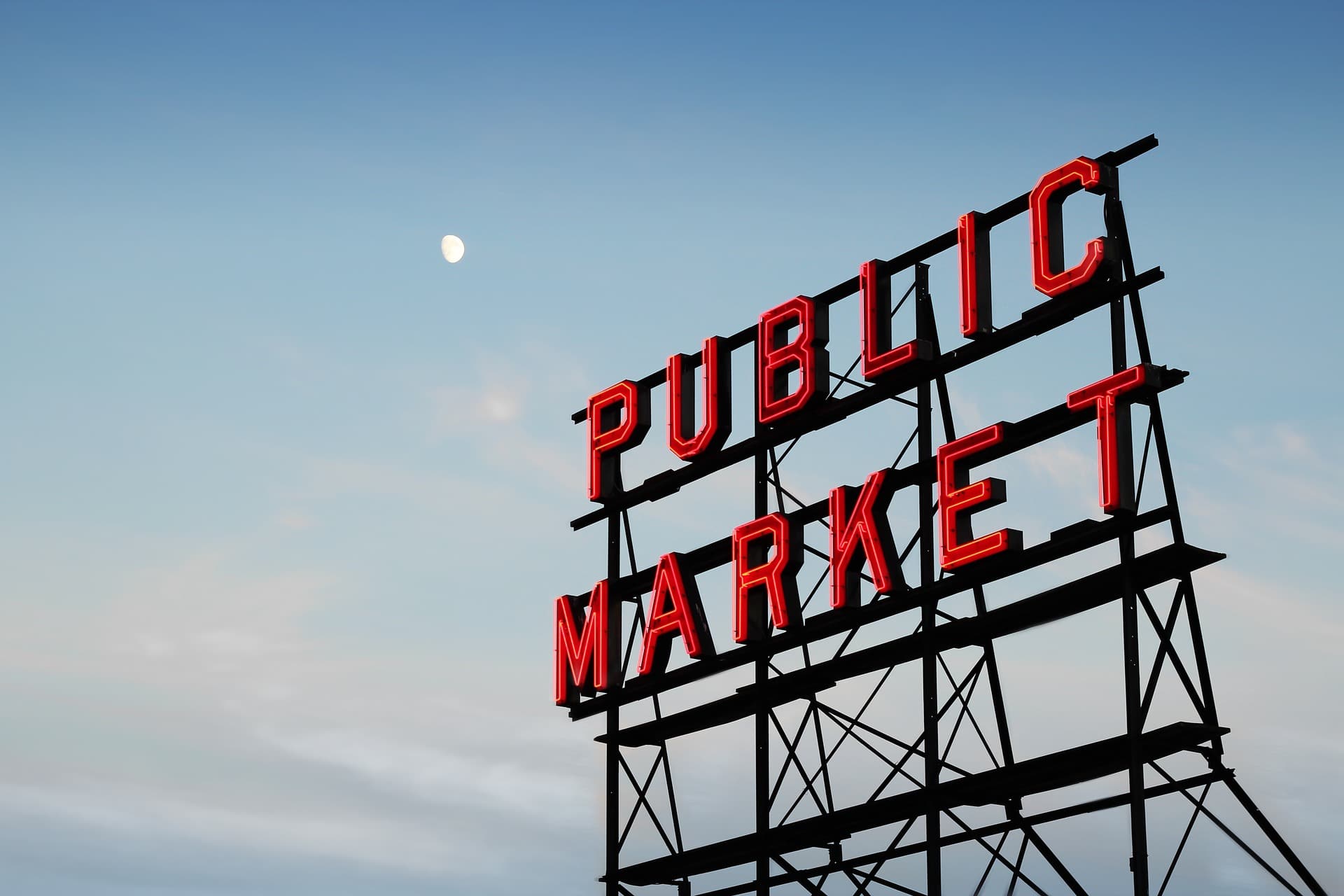 A regulatory measure may affect competition but it does not constitute State aid. Administrative changes to existing aid measures do not result in new State aid.

I. A regulatory measure

After the submission of a complaint, the Commission examined a Czech measure concerning providers of advertising space and concluded in decision SA.48856 that it did not contain any state aid.[1]

The complainant was a Czech company that was the largest operator of billboards for outdoor advertising along motorways in the Czech Republic. The complainant alleged that State aid would be granted to its competitors.

A new Czech law that had entered into force in September 2017 prohibited outdoor advertising billboards alongside motorways and other primary roads. However, the same law allowed for certain exceptions when they served the promotion of business premises. Apparently, the prohibition did not apply to billboards placed alongside secondary roads. According to the complainant, which was active in the market segment for advertising along primary roads that was State aid to its competitors. Moreover, the state would forgo revenue from advertising billboards installed on public land along primary roads.

In determining whether the Czech measure constituted State aid, the Commission examined whether it was selective.

“(15) The general principle governing the prohibition of placement of advertising boards alongside motorways and 1st class roads is to improve road safety and that the prohibition applies to all advertising providers. Therefore, the measure appears to be of a general regulatory nature concerning the safety of the citizens.”

“(16) There is one exemption to the prohibition […]. [U]pon granting of authorization from the relevant authorities, advertising equipment could be situated within the road protection zone if it serves to draw attention to an establishment whose premises must be located within 200 metres of the aforementioned equipment.”

“(18) As such, based on the submissions of the Complainant, the Commission considers that the prohibition to place and operate advertising boards alongside motorways and 1st class roads is a measure which applies to all undertaking active in the aforementioned business activities and hence not a selective measure.”

The Commission did not explicitly consider in its decision the fact that the prohibition of placement of advertising billboards applied only to primary roads and not secondary roads. Since the complainant was the largest operator on primary roads and apparently had a smaller relative commercial presence on secondary roads, the prohibition would affect it more than its competitors.

Three comments are in order here. First, this shows that public measures can affect competition without necessarily granting state aid. For example, a general reduction of the highest corporate tax rate is more beneficial to profitable companies than barely profitable companies. As long as the reduction is not earmarked for specific companies or sectors, it is not selective in the sense that it is impossible to know beforehand which particular company will benefit. Any company can be profitable or unprofitable. But although in the Czech case, the prohibition was not targeted against specific companies, it affected exclusively those companies that happened to be active in the segment of the market for outdoor advertising along motorways. The Commission claimed that that was not selective. We do not know which companies were active in that market segment or in the outdoor advertising along secondary roads.

Second, there is some case law that says that even an otherwise general measure can be selective when it has a differential effect on companies [e.g. an Italian tax measure from about 10 years ago on stock exchange listing].

Third, the Czech authorities or the Commission can argue, of course, that this is a regulatory measure. But it is not obvious why there was no safety issue on secondary roads. This reminds me of Polish and Lithuanian measures from about five years ago, which prohibited the importation of right-hand drive cars on safety grounds. The Court of Justice found them to be discriminatory and to infringe internal market rules because the Polish and Lithuanian authorities did not prove that right-hand drive cars were involved in proportionately more accidents or that such cars driven by Polish or Lithuanian residents were involved in more accidents than those driven by tourists, say, from the UK. The fact that a measure is regulatory does not mean that it escapes from EU law. And if a regulatory measure is discriminatory or disproportional in its effect, it is very likely to be selective in the meaning of Article 107(1).

At any rate, even though the Commission could have stopped at this point, since the criteria of Article 107(1) TFEU are cumulative, it continued to examine whether measure involved transfer of state resources.

“(19) In the case at hand, the Commission concludes that the Road Act Amendment does not entail the transfer of State resources in any way to any undertaking. It rather constitutes a general regulatory measure limiting the possibilities for advertisement companies to locate outdoor advertisement equipment in certain locations with the aim of increasing road safety.”

“(20) In this respect, the Commission observes that when the State acts as a regulator, it can decide legitimately not to maximise the revenues which could otherwise have been achieved, without falling under the scope of State aid rules, provided that all the operators concerned are treated equally, and that there is an inherent link between achieving the regulatory purpose and the foregoing of revenue.”

“(21) In this regard the Court of Justice has consistently ruled [at this point the decision cites case C-379/98, PreussenElektra, paragraph 62] that a negative indirect effect on State revenues stemming from regulatory measures does not constitute a transfer of State resources (including a forfeit of State resources), where it is an inherent feature of the measure.”

“(22) For example, a derogation from employment law provisions altering the framework for contractual relations between undertakings and employees does not constitute a transfer of State resources, despite the fact that it may reduce social security contributions or taxes payable to the State.” [at this point the decision cites cases C-72/91 and C-73/91, Sloman Neptun Schiffahrts, paragraphs 20 and 21; C-52/97, C-53/97 and C-54/97, Viscido et al., paragraphs 13 and 14; C-189/91, Kirsammer-Hack, paragraphs 17 and 18].

“(23) In the present case, the prohibition introduced in the Road Act Amendment applies, as explained above, equally to all operators. The regulatory purpose of that amendment, namely to increase road safety, is intended to be achieved through the limitation of advertisements on the side of motorways and 1st class roads. The foregone revenues, in the form of foregone fees from lease (resulting from the fact that there will be less contracts entered into by the State with advertisement companies for the lease of land on which the advertisement equipment is placed), is inherently linked with the purpose of increasing road safety by limiting advertisements next to certain types of roads. The Commission therefore concludes that the Czech Republic, when introducing the prohibition of outdoor advertising in the Road Amendment Act, acted as a regulator pursuing a legitimate public objective.”

“(24) Therefore, the Commission is of the view that, in this case, the measure at stake does not involve the transfer or the forfeit of State resources in the meaning of Article 107(1) TFEU.”

Quite interestingly, the Commission went on to note that its decision did not prejudice “(26) possible proceedings pursuant to Article 258 TFUE on the compliance of the measure with the fundamental freedoms laid down in the Treaty, notably the freedom of establishment and the free provision of services as guaranteed by Articles 49 and 56 of the Treaty.”

The Treaty does allow for restrictions when they are justified by a public policy objective – road safety in this case – and when they are necessary, proportional and non-discriminatory.  As explained above, if the prohibition for the placement of billboards is justified under internal market rules then that should lead to no problem with respect to the assessment of the Commission in paragraphs 19-20. By contrast, if it is found that the Czech measure is not necessary, proportional or non-discriminatory, it will pose significant problems for this Commission decision.

Therefore, it is not clear why the Commission felt that it had to mention that its decision was without prejudice to Article 258 TFEU. Article 258 confers powers to the Commission to initiate proceedings for non-compliance against Member States. Normally, when the Commission finds that a measure constitutes incompatible State aid, it also reserves the right to initiate other, non-state aid, legal proceedings. The reverse cannot be true. If the aid is compatible with the internal market, well, it cannot at the same time be held to violate an internal market rule. In this case, there was no State aid. So, in principle, the Commission could consider that a non-aid measure could infringe internal market rules. But as explained above, if the measure is discriminatory or disproportional, the Commission will have a hard time explaining why it is not selective. This problem would not arise if the Commission simply found that it contained no state aid because there was no transfer of state resources, without addressing the issue of selectivity.

As described in paragraphs 8-10 of the Commission decision, those organisations provide various social services, some of which are economic and some which are non-economic in nature. Economic activities are, for example, long-term care, nurseries, addicts’ counselling, support for elderly persons and persons with disabilities. Non-economic activities are for example, night shelters for homeless people and support for migrants. The organisations act in the general interest and are of not-for-profit.

The Commission had doubts whether all of the public funding constituted state aid. If it did constitute state aid, it would be anyway existing aid as defined by Article 1(b) (i) of Regulation 2015/1589. This is because the concept of existing aid includes all aid that is granted on the basis of a measure that was adopted before a Member State became a member of the EU. In the case of Germany that was on 1 January 1958.

The Commission also noted that “(33) in accordance with Article 4 of Regulation 794/2004, modifications of a purely formal or administrative nature which cannot affect the evaluation of the compatibility of the aid measure with the common market as well as an increase in the original budget of an existing aid scheme by up to 20% shall not be considered an alteration to existing aid.”

Although the complainants claimed that the initial measure had been modified several times since its first adoption, the Commission considered that none of the subsequent changes amounted to a modification in the meaning of Article 4 of Regulation 794/2004. It therefore rejected the complaints.