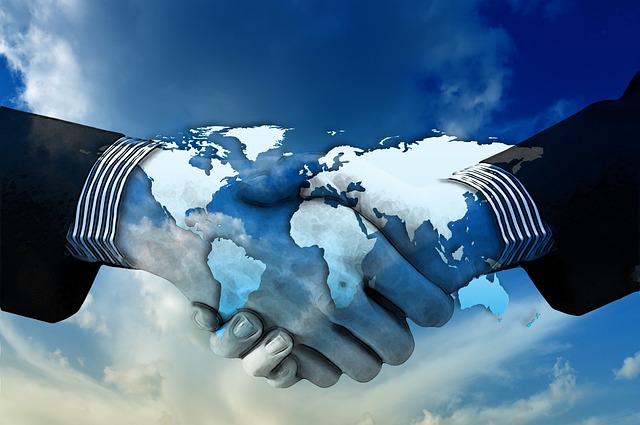 Introduction
This article reviews two measures which were found to have negligible effect on cross-border trade. How, it was not possible to exclude the possibility that trade could be affected more significantly.These measures are interesting for three reasons. First, they indicate how the Commission assesses the possible impact on trade. Second, they show why the Commission may have doubts that the effect is purely marginal. Third, they provide good guidance as to what to do when trade is affected. It is simple. The aid measure has to be compatible with the internal market.This demonstrates that Member States should not only think of how to minimise the impact of an aid measure on trade, in case they want to avoid granting State aid, but they should also explicitly design their measures from the outset to be compatible with the internal market, in the event that the Commission would conclude that they have more than a marginal effect on trade.i) SA.34655: Investment aid for Nursing Home and connected facilities in Dahn [DE][1]

A complainant alleged that the German Land Rhineland-Palatinate and the municipality of Dahn granted EUR 5.5 million to a project for the renovation and conversion of an old and disused hospital into a nursing home. The old hospital had been bought some time earlier by an individual who, after renovation, rented it to SenVital, an operator of seven nursing facilities in Germany, with a total capacity for 950 tenants.

The total investment was about EUR 15.8 million. The grant was provided on two conditions. First, the renovated hospital would be converted into a nursing home. Second, the new owner would make no more than 5.38% profit on its investment. This rate was thought to be the “absolute minimum” for the project to be undertaken.

When the Commission examined the information provided by the complainant and the additional clarifications by Germany, it had little doubt that the project was economic in nature, that the grant from the Land and municipality resulted in a transfer of state resources, and that the new owner of the old hospital obtained a selective advantage.

The critical issue in this case was whether the grant affected intra-EU trade.

The Commission emphasised that it “(25) is not required to carry out an economic analysis of the actual situation on the relevant markets, the market share of the undertakings potentially in receipt of aid or the position of competing undertakings or of trade flows between Member States. In the case of aid granted unlawfully, the Commission is not required to demonstrate the actual effect which that aid has had on competition and on trade.” “(26) Nevertheless, an effect on intra-Union trade cannot be merely hypothetical or presumed. It must be established why the measure distorts or threatens to distort competition and is liable to have an effect on trade between Member States, based on the foreseeable effects of the measure.”

The potential impacts of the aid on trade identified by the Commission can be classified into two categories: (1) the impact on traded quantities, either on the export side or the import side, and (2), the impact on cross-border movement of producers. In this particular case, the “quantities” corresponded to residents of nursing homes while the movement of “producers” corresponded to operators of nursing homes.

Then, the Commission recalled its decisional practice on the local activities. “(27) The Commission has in several cases considered that certain activities had a purely local impact and no effect on trade between Member States. It has assessed whether the beneficiary supplies goods or services to a limited area within a Member State and is unlikely to attract customers from other Member States (consumer perspective), and whether it can be foreseen that the advantage will have more than a marginal effect on the conditions of cross-border investments or establishment (investor perspective).”

“(28) The direct investment grant to [the project] could be considered as not liable to affect trade between Member States because of its limited local impact: [the project] was set up specifically and exclusively for the purpose of investing in the conversion of the old hospital building in the City of Dahn and does not carry out any other commercial activity apart from renting out the modernised building. Consequently, there is no indication that any advantage [the project] may draw from the investment grant would be used to facilitate any further (domestic or cross-border) investments.”

However, even though the beneficiary would not establish operations abroad, the Commission could not exclude the possibility that foreigners would not establish operations in Germany. “(29) The Commission observes that since the substantial penetration of foreign investors in the real estate investment market for retirement / nursing homes in Germany manifests itself through the presence of a nursing home in Dahn belonging to a foreign undertaking (Casa Reha) the grant in question may affect the conditions of cross-border investment and establishment to more than a marginal extent and may consequently affect trade between Member States.”

Because the Commission could not exclude the possibility that the aid could affect trade, it went on to assess its compatibility with the internal market. It concluded that indeed it was compatible on the basis of Article 107(3)(c).

Spain notified a measure for the promotion of the use of the Basque language in the field of media and in particular, digital editions of newspapers written in Spanish and transmission of Basque language news via the internet.

Although this measure was very similar to another measure that was considered by the Commission in 2016 not to constitute State aid for lack of appreciable effect on trade, the Spanish authorities notified the new measure because of certain differences that could impact on trade.

The budget of the aid was only EUR 400,000. The maximum amount of aid per project could not exceed EUR 150,000 while the minimum amount was EUR 2000. Beneficiaries had to contribute from their own resources at least 40% of the overall expenditure. Strict eligibility criteria were defined [e.g. minimum daily articles in the Basque language].

Like in the case of the German nursing homes, the crucial issue was whether the aid had any impact on trade. There was no doubt that state resources were transferred, that the recipients were undertakings and that they obtained a selective advantage. Again, as in the German case, the Commission examined both the effect on consumers and producers.

“(27) In the present case, with regard to the geographical zone within which the beneficiary supplies goods or services, the Commission takes the view that the products provided cater to a local or regional market.”

“(28) In support of this position, the Commission notes that the use of the Basque language is confined to a rather limited linguistic and geographical area. The granting of small aid amounts is limited to very specific activities related to the promotion of linguistic and cultural values, which have an inherently small audience.”

“(29) […] the aid is strictly limited to the costs directly associated with the publication of Basque language content. As such the support measure is unlikely to have any impact on the attraction of users or visitors outside of the Basque language sphere of influence, which is regionally limited.”

“(31) With regard to the effect on the conditions of cross-border investments or establishment, the Commission notes that there is at most a negligible impact on trade-flows between Member States.” “(32) The expected increase in the beneficiaries’ operations generated by the public funding is extremely small. It is unlikely that the revenue of online newspaper editions or news agencies is affected by the presence (or not) of a limited number of Basque language news articles on their websites.”

“(33) Furthermore, the characteristics of the aid ensure that the support does not have a wider impact. In this regard the Commission notes in particular the limited support amounts and the annual budget of EUR 400 000. Taken together with the limited ambit of the market involved, it does not appear reasonably foreseeable that the notified measure could have more than a marginal impact on the conditions that determine cross-border investments or establishment.”

The Commission concluded that the aid was “not liable to affect trade between Member States”, but nonetheless continued to assess its compatibility with the internal market. If there was any aid, it would at any rate be compatible on the basis of Article 107(3)(d).

Trade can be affected directly when the products of the aid recipient are in competition with products from other Member States, either because the former are exported or because the latter are imported.

Trade can also be affected indirectly when those who cross an international border are companies rather than products. When a product is non-tradable it does not follow that aid does not have an impact on the economies of other Member States. It may merely mean that aid incentivises or impedes movement of companies that make the products locally or provide local services.