You are here: Lexxion > State Aid Blogs > State Aid Uncovered > Odysseus and the Sirens: A Rational Market Operator Can Agree to be Bound by the Ruling of an Arbitration Tribunal 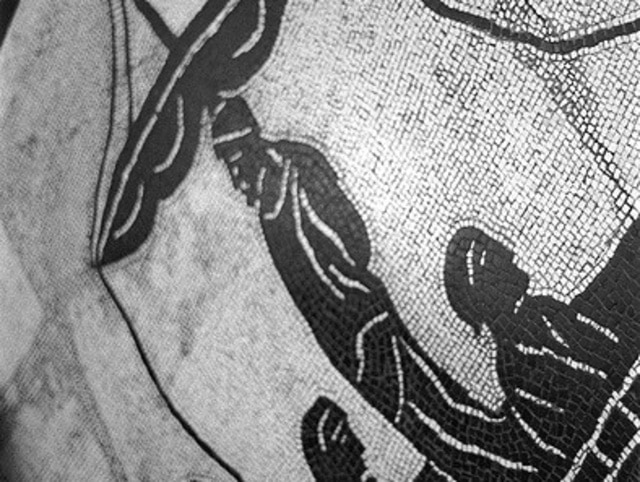 A rational market operator can agree to arbitration if there is no reasonable prospect of a better outcome. However, a rational operator would ensure that the terms according to which an arbitration decision can be taken would be defined in advance and would not be prejudicial to the operator.

Is it rational for a market operator to agree to be bound by a decision of an independent body? The answer is yes, under certain conditions. Homer tells us that Odysseus willingly tied himself to the mast of his ship in order to resist the beguiling call of the sirens. Similarly, a rational operator would agree to arbitration if the alternative outcome is predictably worse. The Commission decision, which is reviewed in this article, examines a case where a rational operator agreed to an arbitration procedure when it had exhausted all other possible options.

In December 2013, the Commission received a complaint from the Greek electricity incumbent DEI that illegal State aid had been granted to Aluminium by a decision of a Greek Arbitration Tribunal.

The Tribunal was asked to resolve in a dispute between DEI and Aluminium concerning an agreement they had signed in 1960 whereby DEI was to supply to Aluminium electricity at fixed rates. The agreement was to be terminated in 2006 unless it was extended by consent of the two parties. DEI notified Aluminium that it did not wish to extend the agreement. A dispute arose between the two companies with legal proceedings at both national and European level. The proceedings at European level resulted in two judgments by EU courts: T‑542/11 Alouminion v Commission and C‑590/14 P DEI v Commission. The latter judgment was reviewed here on 20 December 2016.

In the meantime, the Arbitration Tribunal concluded that DEI had to supply electricity to Aluminium at a certain price. DEI claimed that that constituted State aid for the benefit of Aluminium.

In 2014, the Commission decided informally (with an administrative letter) that no State aid had been granted to Aluminium. The 2014 informal decision was confirmed in a formal decision in 2015.

The present Commission decision SA.38101 replaces the 2015 decision and deals solely with the question whether State aid was granted to Aluminium by the arbitration decision in the form of electricity tariffs below costs.[1]

Behaviour of a Market Economy Operator

The Commission first noted that “(26) the complainant is a State-owned undertaking which supplies electricity to Aluminium. The benchmark for assessing whether a State-owned undertaking, when determining its pricing policy, has conferred an advantage on its counterpart is the market economy vendor principle, which is an expression of the more general market economy operator principle (“MEOP”). [At this point the decision cites cases T-274/01, Valmont v Commission, para. 45; C-290/07 P Commission v Scott, para. 68; T-268/08 and T-281/08 Land Burgenland and Austria v Commission.] In applying that principle, the Commission must assess whether a prudent private market operator, placed in a similar situation as the complainant, would have acted in the same way as the complainant did. If this is the case, then the complainant’s counterpart cannot be said to have obtained an economic advantage which was not available under normal market conditions. The comparison between the complainant’s and a hypothetical private operator’s conduct must be made on the basis of available information and foreseeable developments at the time when the relevant decision was made, here the decision to enter into the arbitration agreement.”

“(27) The complainant’s pricing policy in relation to Aluminium has been determined by the Arbitration Decision, which results from the Arbitration Agreement, into which it entered freely. The Commission therefore considers it pertinent to assess whether a prudent private market operator, in a position similar to the complainant, would have entered into such an arbitration agreement, […] which […] requires the complainant to apply such pricing terms”.

“(29) Following the liberalisation of electricity markets, the complainant had to move away from the application of a single tariff […] to all its high-voltage (HV) customers. The complainant was obliged to enter into meaningful negotiations with each HV customer […] . RAE was empowered to supervise the Greek electricity market in order to ensure that competition is safeguarded […], especially concerning the pricing terms of dominant suppliers”.

“(31) The resolution of the conflict between the complainant and Aluminium and the finding of an appropriate market price for that tariff was made even more difficult by the fact that Aluminium is a unique customer on the Greek market in the sense that it is by far the largest consumer in Greece. Aluminium’s consumption exceeds 5% of the total power consumption in Greece and corresponds to 40% of the total consumption of high voltage consumers, […] . Aluminium also has an almost constant consumption throughout the whole year (very high load factor). As such, Aluminium could not easily be compared to any other customer on the Greek market.”

“(33) According to RAE, the complainant did not enter into meaningful negotiations with HV customers, including Aluminium, with a view to agreeing pricing terms that would take into account each customer’s consumption profile and the complainant’s underlying costs, as it would have been forced to do in a competitive market and as Greek legislation required.”

“(34) The complainant took a proactive stance in its dispute with Aluminium, trying to set the electricity tariff at as high a level as possible and to claim any outstanding payments from Aluminium. However, despite those efforts by the complainant, Aluminium refused to sign the proposed Supply and Settlement Agreement”.

“(35) In that context, negotiations between the complainant and Aluminium were not fruitful for a significant period of time, and thus there was not any written offer and approval for a proper supply contract to exist between them in accordance with legal requirements. While the applicable tariff remained disputed, each party applied in practice a significantly diverging tariff as the “correct” one from its point of view.”

“(36) The complainant decided to refer the dispute to arbitration through the signing of the Arbitration Agreement. The Commission furthermore observes that the complainant only agreed to arbitration on condition that Aluminium would make an immediate payment of a part of its outstanding debt and that it would pay its monthly electricity invoices.”

“(37) In light of the long-lasting dispute and the failure to find an agreement by way of negotiation, it was not realistic for the complainant to continue to try to reach a settlement with Aluminium.”

“(38) Thus, the Commission concludes that, given the circumstances of the present case, a prudent private market operator would also have agreed to refer the dispute to arbitration in order to achieve a timely settlement of the long-lasting dispute and recover parts of the outstanding debts.”

“(42) The Arbitration Agreement stipulated that the Arbitration Tribunal had to base the tariff on the pricing principles generally applicable on the Greek market for high voltage customers while, at the same time, ensure that the specific circumstances of the case, namely the specific consumption profile of Aluminium as well as the cost structure of the complainant, are duly taken into account.”

“(43) Thus, the Commission concludes that also a prudent private market operator, faced with a similar situation as the one faced by the complainant in the present case, would have entered into an arbitration agreement similar to the present one, which established clear and objective parameters for setting a market tariff that arbitrators being expert in the field had to follow. The Commission, therefore, concludes that the conduct of the complainant when entering into the Arbitration Agreement was in conformity with the conduct of a prudent private market operator and, hence, in line with market conditions, so that Aluminium has obtained no economic advantage within the meaning of Article 107(1) TFEU as alleged by the complainants.”

“(44) In reaching that conclusion, it is unnecessary for the Commission, in light of the specific circumstances of the present case, to determine whether the precise level of the tariff resulting from the Arbitration Decision is in line with market conditions. Rather, so long as the parameters agreed for setting that tariff were determined on the basis of objective market-based criteria and so long as a prudent private market operator would, on the basis of those parameters and under the given circumstances, have agreed to refer the dispute to arbitration and to be bound by the outcome of that arbitration, an advantage should be excluded for the purposes of Article 107(1) TFEU.”

“(45) The Commission recalls in this regard that the application of the MEOP requires it to make complex economic assessments. [At this point the decision cites cases C-487/06 P,  British Aggregates v Commission, paragraph 114; C-290/07 P, Commission v Scott, paragraph 66; and for the applicable standard of judicial review, C-56/93 Belgium v Commission, paras 10-11.] Also on that basis, the Commission concludes that the parameters for determining the applicable tariff in the arbitration agreement were defined as a prudent private market operator would have done, without it being necessary to enter into every detail of the precise calculation of the that tariff by second-guessing the arbitration tribunal.”

“(47) Furthermore, although not required to do so in the assessment of the MEOP in the present case, the Commission notes that the net tariff of 36.6 EUR/MWh that was finally determined by the Arbitration Decision is still higher than the average smelter power tariff in Europe, which in 2013 was reported to be 41 USD/MWh, equivalent to 30.87 EUR/MWh at 2013 exchange rates.” The Commission does not explain why this is a relevant benchmark, given the particularities of the Greek energy market.

“(48) In light of the above, the Commission concludes that the Arbitration Agreement, by setting ex ante objective parameters for setting the tariff in a manner that would be acceptable also to a prudent private market operator, ensured that no advantage was granted to Aluminium.”

Before concluding its decision, the Commission also dealt with irregularities in the handling of the complaint. It first referred to the judgment of 31 May 2017 (C-228/16 P DEI v Commission) in which “(50) the Court of Justice ruled that the 2014 letter constituted a challengeable act”.

Then it acknowledged that “(51) the 2014 letter, signed at Head of Unit level, took a final position on the merits of the complaint without having been adopted as a formal decision by the College of Commissioners. This constituted a procedural error, which vitiated the 2014 letter. The Commission therefore considers that the 2014 letter must be withdrawn, as well as the confirmatory 2015 decision, and replaced by the present formal decision.”

The reasoning of the Commission is convincing (with the exception of the comparison of electricity tariffs). The following lessons can be drawn: