You are here: Lexxion > State Aid Blogs > State Aid Uncovered > Remedying the Damage of a Natural Disaster through Incentives for New Investments 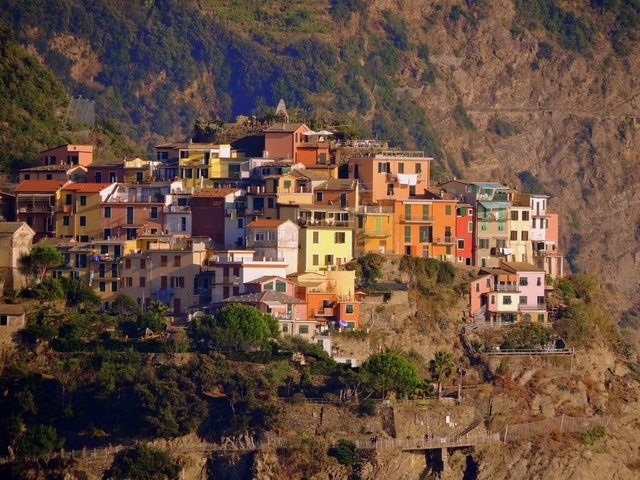 Damage from natural disasters can be remedied in the short-term through direct compensation or in the longer-term through investment subsidies to support new productive capacity.

Introduction
This article reviews a rather straightforward case which, however, is also quite unusual. It concerns a measure to remedy the effect of recent earthquakes in Italy. What makes it unusual is that the aid is not granted on the basis of Article 107(2)(b) but Article 107(3)(c). In other words, the aid is not granted as compensation for the direct damage caused by the earthquakes but for the purpose of stimulating new investment in the regions that were hit by the earthquakes. The Commission authorised it in decision SA.48571.[1]More precisely, the aid is intended to assist undertakings in about 140 municipalities in central Italy that were extensively damaged by the 2016-2017 earthquakes. The earthquakes had a devastating impact on buildings and infrastructure and, therefore, on productive capacity and communications. The total population in the affected regions was 600.000 inhabitants many of whom also lost their jobs.Italy submitted surveys of the effects of the earthquakes on manufacturing, services and tourism in those regions. According to the Commission decision “(7) data on businesses in the municipalities affected by the 2016 earthquakes as regards manufacturing industry, construction and services show a significant reduction of -15% of GDP in 2016, with a peak of -47% of the GDP for the three most affected municipalities (i.e. Amatrice, Accumoli and Arquata del Tronto) as well as an important loss of employment and a strong decrease of the economic activity by 52% from 2017 onwards and an expected decline in turnover in 2017 of approximately 47% compared to pre-earthquake levels. The Italian authorities also put forward that 2000 families of the area of the seismic crater seriously risk to enter into poverty.” “(8) Furthermore, as regards the tourist flows, in the first half of 2017 as compared to 2016, in the regions hit by the 2016-2017 earthquakes, very significant decreases of arrivals and attendance which ranges from 21.5% (Macerata) to 58.4% (Umbria – affected municipalities) have been noticed.”

Furthermore, the Commission noted that Italy “(11) considered [the measure] to be a temporary and exceptional … to be implemented in a limited portion of territory which presents a high risk of demographic desertification provided that all the conditions mentioned in the aid scheme are fulfilled. The measure further aims at favouring the creation of new jobs in the areas hit by the earthquakes, especially by addressing the difficulties faced by small and medium sized enterprises (“SMEs”), in particular those performing economic activities in the tourism sector.”

The measure is in the form of a “(13) tax allowance (tax credit) [calculated on the basis of the cost of acquired assets] for investments carried out by undertakings located in the assisted areas of the regions of Southern Italy eligible for the derogations provided for in Article 107(3)(a) TFEU and in assisted areas of Molise and Abruzzo, regions eligible for the derogations provided for in Article 107(3)(c) of the TFEU. In other words, …, the tax credit for initial investments in new economic activities would be granted under the conditions of the existing Tax Credit scheme for Southern Italian regions (“Mezzogiorno”).” (A footnote at this point explains that “the Tax Credit scheme for Southern Italy (Mezzogiorno) is a block-exempted measure under Commission Regulation 651/2014 … and covers aid for assisted areas, both the Italian 107(3)(a) regions, and the 107(3)(c) areas.”)

The beneficiaries are undertakings of any size subject to corporate income tax in Italy. Undertakings in all sectors are eligible for the aid. However, excluded from the measure are all the sectors not covered by the GBER [e.g. primary agricultural production, steel, synthetic fibres, etc]. Because the aid measure is in the form of a tax credit there is no administrative process for selection of the beneficiaries. But “(17) the award of the aid is only subject to a prior formal application addressed by the potential beneficiary to the Italian Tax Agency via … a specific form prepared by the Tax Agency (Agenzia delle Entrate).” Undertakings in difficulty are also excluded.

The measure fulfils all criteria of Article 107(1) TFEU. It is financed by state resources, it is imputable to the state, it confers an advantage, it is regionally (and sectorally) selective and it affects trade and distorts competition.

The Commission decision clarifies that “(39) Article 107(3)(c) of the TFEU, provides that: “aid to facilitate the development of certain economic activities or of certain economic areas, where such aid does not adversely affect trading conditions to an extent contrary to the common interest” may be considered to be compatible with the internal market.”

“(40) The public financing of the tax credit scheme for regional investment aid in the 140 municipalities of the regions of Lazio, Umbria, Marche and Abruzzo hit by the 2016-2017 earthquakes may be compatible with the internal market pursuant to Article 107(3)(c) of the TFEU if it pursues a policy objective of common interest, is necessary and proportionate and does not cause undue distortion of competition.”

Then the Commission applied the compatibility principles of common interest, necessity, proportionality and no undue distortion of competition. Its findings that are briefly summarised below.

Objective of common interest: “(41) The concerned measure has an exceptional nature and it further aims to promote the economic development and revival of the territory comprised in the earthquake area which has suffered a significant reduction of the GDP, with important loss of employment, reduction of economic activity by more than 50% and a significant decline of the undertakings turnover compared to pre-earthquakes level. Due, amongst others, to the earthquake swarm, there is, in the present case, a need for measures going beyond the mere compensation of damages, as such measures alone are unlikely to address the ongoing desertification of the territory concerned.”

“(43) In view of the above, the Commission considers that the aid scheme contributes to the attainment of policy objectives of common interest to the extent it targets a well defined region in the context of a natural disaster of exceptional nature in that region.”

Necessity and proportionality: “(44) Concerning the necessity of the notified measure, the Italian authorities indicated that the measure is only valid for a maximum period of three years limited at tackling the temporary effects of the 2016-2017 earthquakes and to the circumscribed area concerned.”

“(46) The aid is well-targeted and it addresses the specific problems of a geographical area (Central and Southern Italy) significantly affected by a fall of the local GDP, the risk of entry of thousands of citizens into poverty and the collapse of the touristic sector in the area concerned by fostering new investments and jobs. The measure thus aims at stimulating on a time-limited basis the economic activity in the region.”

“(48) Furthermore, the projects to be supported under the objectives of economic development and revival of the area hit by the 2016-2017 earthquakes must consist in initial investments in new assets as defined in Article 2(49) of the GBER.” “(49) The aid granted to large undertakings in the 140 municipalities of the regions of Lazio, Umbria, Marche and Abruzzo affected by the earthquakes are limited to aid for initial investment in favour of a new economic activity in the meaning of Article 2(51) of the GBER. This implies that large undertakings located in the affected regions cannot benefit from the measure to make typical replacement investments.” “(50) In view of the above, the aid is considered to be limited to what is necessary to achieve the goal pursued.”

Avoidance of undue negative effects on competition and trade between Member States: “(51) The Commission notes that the aid aims to stimulate the economic revival of the area affected by the 2016-2017 earthquakes. It has a limitation in time (i.e. 3 years) and a limited geographical coverage to the 140 municipalities as identified in the national legal basis. As indicated above, the scheme, even if based on different objectives than the Tax Credit scheme for Southern Italy (“Mezzogiorno”), will contain very similar conditions, as highlighted in recitals 47-50 above.” “(52) In view of the above, the Commission considers that aid does not adversely affect trading conditions to an extent contrary to the common interest and have only a very limited effect on trade and competition between Member States.”

The Commission concludes that “(53) from the above reasons, it has been demonstrated that the public funding of the measure is pursuing acknowledged public policy objectives, is necessary and proportionate and does not affect trade and competition between Member States to an extent contrary to the common interest, according to Article 107(3)(c) of the TFEU.”

In addition, Italy is committed to publish the names of recipients and individual amounts of aid, should the threshold of EUR 500,000 be exceeded. Consequently, the Commission found the aid to be compatible with the internal market on the basis of Article 107(3)(c).

This measure must be one of very few that attempt to redress the impact of a natural disaster not through compensation of the direct damage but through support for the re-development of productive capacity. The one restriction that appears to be important in this case is that the aid must be used for new economic activities. Replacement investment or investment for fixing existing facilities is not allowed. However, Italy has shown that Article 107(3)(c) can be used to support investment in new activities.