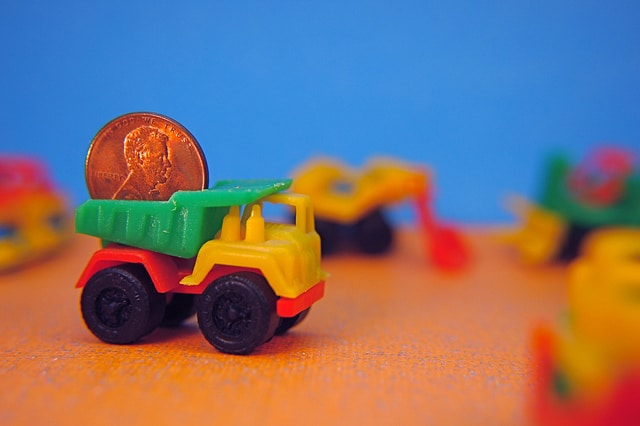 A public authority can act as a private investor in paying to avoid costly contractual clauses. A public authority can act as a private investor in paying to bring forward future revenue.
Introduction
When a market operator invests to make profit, its underlying logic is the same as when it pays to avoid losses. In both cases it is motivated by the desire to maximise the value of its assets. In the first case it avoids loss of potential profit while in the second case it avoids loss of actual profit. This is the reason why the hypothetical private investor who underpins the legal concept of the market economy investor always takes into account all options. Also options which lie far into the future are not ignored. With the proper discounting they can be compared to options and values which are available today.The case reviewed in this article is a classic example of how examining only some of all potentially available options can lead to wrong conclusions. The case concerns an appeal brought by the Netherlands against the Commission which had found that a Dutch municipality did not comply with the MEIP. The payments it made to a property developer were found by the Commission to constitute incompatible aid which had to be recovered.The Netherlands succeeded to have the Commission decision annulled not because it proved that the municipality was a shrewd investor but simply because it demonstrated that the Commission ignored that the municipalities had limited options to recoup its investment and that alternative courses of action could have been costlier.
Background
Case T-186/13, Netherlands and others v Commission[1] was an application for annulment of Commission decision 2013/247 [OJ L 148, 1/6/2013].In 2004, the municipality of Leidschendam-Voorburg established a 50/50 public private partnership with construction company SJB. The purpose of the PPP was to develop an area in the centre of the municipality. The land and (run-down) buildings belonged to the municipality. SJB agreed to pay a fee to the municipality, via the PPP. The fee corresponded to the then value of the land plus certain other payments.

It is customary in the Netherlands for developers to pay land owners [in this case the municipality] when they start construction. Moreover, it is standard practice for developers not to start construction until a certain number of housing units are pre-sold. The original 2004 agreement contained a clause that SJB would start construction if 70% of the units were pre-sold. SJB intended to partly finance the project by pre-selling housing units. Because of delays in obtaining building permits and a slow-down in the housing market, SJB did not pre-sell enough units and, as a result, construction did not start. In 2010, the PPP decided to change the initial terms of the agreement and allow SJB to pay a smaller amount to the municipality. The Commission found that the change in the agreement and the lower amount constituted incompatible State aid. Under the 2004 agreement, the municipality appeared not to be liable for any market risk. Therefore, the Commission concluded that the municipality had no reason to accept a lower payment. The amount of aid that had to be recovered was estimated at EUR 6.9 million. The table below is from the Commission decision and shows how the Commission arrived at the amount of EUR 6.9 million.
The municipality claimed that it had acted as a private investor and that SJB bore an equal reduction in revenue. In other words, the issue at hand was whether the 2010 agreement was MEIP conform.Transfer of state resources

The General Court examined, first, whether the agreement of 2010 resulted in a transfer of state resources. The Commission claimed in its decision that since the municipality owned 50% of the PPP, no decision of the PPP could have been taken without its consent.

The Court first recalled three fundamental issues concerning transfer of state resources which were elaborated in the judgment of the Court of Justice in case C-399/10 P, Bouygues Telecom v Commission. First, there must be a reduction in the state budget or an increase in the liabilities or risks that burden that budget. Second, there must be a close link between the impact [i.e. the reduction of assets or increase in liabilities] on the state budget and the advantage that is conferred to an undertaking. Third, it is not necessary that the impact on the state budget is equivalent to the advantage that is conferred [paragraphs 70-71]. [It should be added that a fourth element that was included in the judgment of the Court of Justice in Bouygues v Commission was that several seemingly distinct measures can be subsumed to a single measure if they serve the same purpose and are chronologically close to each other.]

On the basis of the above principles and because the decision of the PPP could be attributed to the municipality, the General Court agreed with the Commission that the agreement of 2010 resulted in a transfer of state resources.

Existence of advantage and MEIP

After some preliminary observations, the General Court explained that in the case of sale of public land, the amount of aid is the difference between the market price of the land and the price at which it is actually sold. [Paragraph 77]

Then the Court found that the Commission made a serious mistake. It took the value of land in 2004 to be EUR 7.2 million on the basis of a valuation by an independent expert. However, in the Court’s view, the Dutch authorities did not accept that valuation as corresponding to the market price of the land [paragraph 81]. The Commission responded by pointing out that the exact market price was not relevant. What was relevant was the agreed price in the 2004 agreement. No private investor would accept a lower price six years later when it had secured a higher price through a contract [paragraph 83]. For this reason the Court had to examine whether a private investor in similar circumstances would have accepted such a change in the contract.

The General Court faulted again the Commission for not taking into account all the relevant facts at the time the 2010 agreement was signed. The Commission appeared to have ignored that SJB refused to proceed to the construction phase because it had invoked a number of escape clauses in the 2004 agreement concerning in particular delays in building permits. The Commission also appeared to neglect that the municipality had limited options because the building site was of little interest to other developers. [Paragraphs 98-108]

With respect to the latter point, the Commission counter-argued that a private investor would not be concerned about leaving a deserted area in the centre of town. If the municipality cared about the condition of its town centre it would act instead as a public authority. [Paragraph 109]

Although the General Court did not reject the argument concerning the interference of potential public policy objectives, it noted that the Commission did not try to examine whether the municipality would have an interest akin to that of a private investor in ensuring the speedy completion of the project so that it would expedite receipt of payment [paragraph 114]. In addition, the municipality would want to start receiving income as soon as possible from fees it could charge to owners of both commercial and residential space [paragraph 125].

For all of the above reasons, the General Court annulled the contested Commission decision.