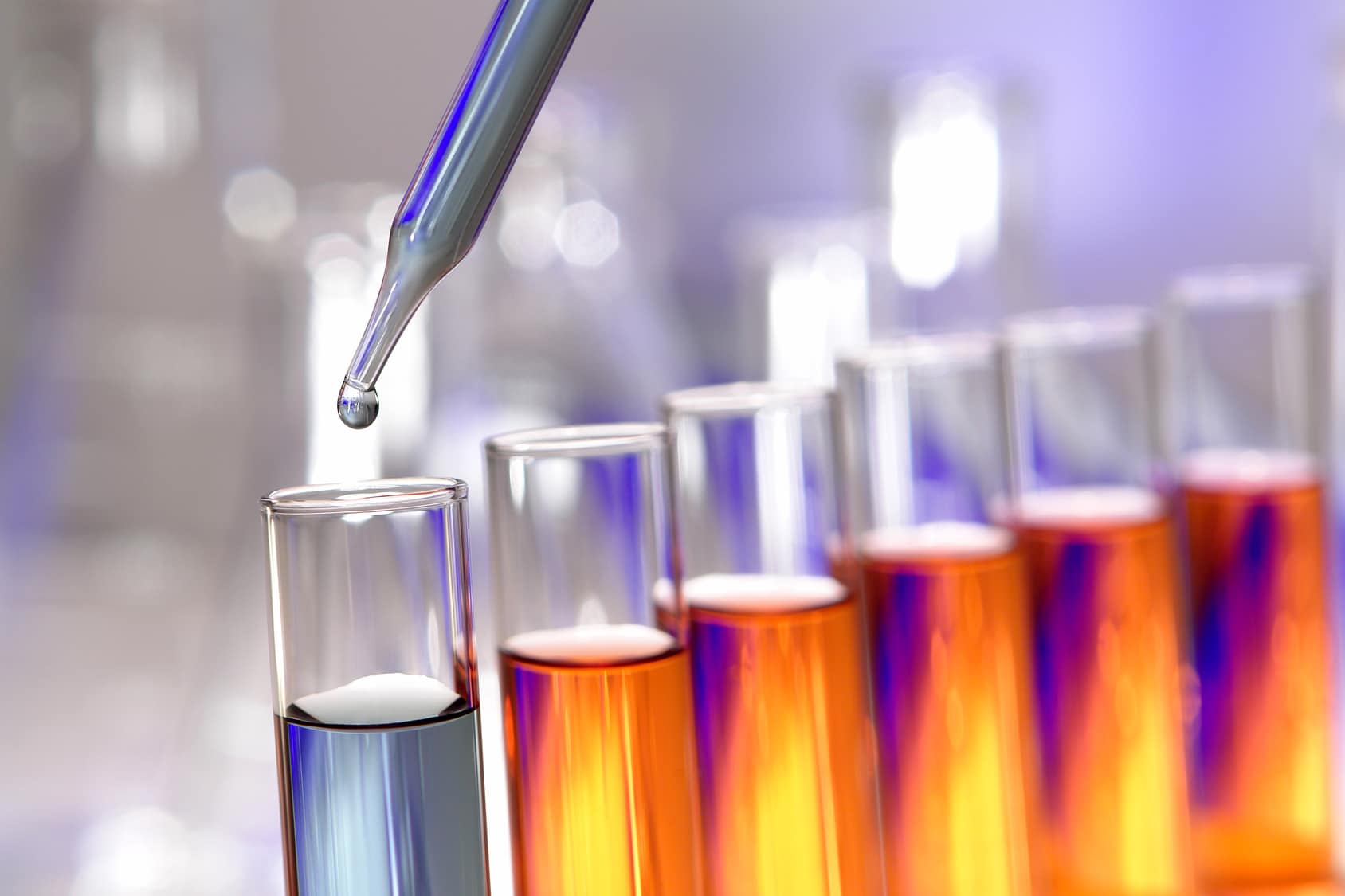 Greater use of the new General Block Exemption Regulation means fewer State aid measures subject to notification and ex ante assessment by the Commission. However, less ex ante control will be followed by more ex post control. Member States should be prepared for wider and more intrusive ex post monitoring.

One of the cornerstones of the State Aid Modernisation is that Member States will assume more responsibility for the implementation of their state measures. The expanded General Block Exemption Regulation is expressly intended to induce Member States to adopt and implement more measures without any prior assessment by the European Commission.

Member States will avoid the cost and delay of formal notification. That should be to their benefit. But less ex ante control will be complemented with more ex post control. Part of what Member States avoid before they implement a measure they will still have to incur and justify after they apply it. The intention of the Commission is to widen and make more systematic ex post monitoring.

In 2011, the Commission was stung by a critical report of the European Court of Auditors for failing to ensure that Member States complied faithfully with the terms of the Commission’s authorisation of notified measures. In 2012, the Commission checked a sample of State aid measures in different Member States and according to Mr J. Almunia, the then Commissioner responsible for competition, DG COMP officials discovered an error rate of 40%. It is not clear whether the errors were serious or whether that rate could be extrapolated to the measures that were not audited.

This high error rate together with the fact that the State Aid Modernisation has ushered in an era of decentralisation, in the sense that the vast majority of State aid measures will be adopted on the basis of the GBER [i.e. without the Commission’s prior assessment], have prompted the Commission to complement the decentralisation with safeguards in the form of ex post monitoring. This is how the ex post monitoring should be seen. It is simply the counter-part of decentralisation or the safeguard against Member State failure to apply GBER rules correctly.

However, ex post monitoring is not only confined to measures adopted on the basis of the GBER. It can apply to any Sotate aid measure, including those that receive explicit Commission approval.

In July 2006, the Commission approved the Belgian measure N 649/2005 concerning an exemption from payroll tax for R&D. In October 2011, the European Commission initiated ex post monitoring of that measure. The Commission wanted to be informed how the measure was implemented and who benefitted by more than EUR 200,000. In December 2013, the Commission decided to open the formal investigation procedure.

The measure had three components:

(a) a 50% exemption from payroll tax for companies employing researchers assigned to research projects carried out in partnership with universities or higher education colleges [component 1]. The allocated budget was estimated at EUR 34,000,000.

(b) a 25% exemption from payroll tax for companies paying salaries to researchers holding certain scientific qualifications [component 2]. The allocated budget was estimated at EUR 62,000,000.

(c) a 50% exemption from payroll tax for companies qualifying as ‘young innovative companies’ and paying the salaries of their scientific staff [component 3]. The allocated budget was estimated at EUR 20,000,000.

In Belgium payroll tax is withheld at source by employers. The measure in question exempted companies from paying part of the payroll tax that was levied on the salaries of the researchers employed by them.

In its decision on measure N 649/2005, the Commission took the view that components 1 and 2 were general measures that did not constitute State aid. Component 3 was declared to be State aid which was compatible with the internal market. More precisely, component 3 was qualified as aid for R&D projects whose eligible costs were personnel costs. The aid intensity ceiling was 35%.

The Commission initiated the formal investigation procedure because the monitoring exercise identified irregularities.

There was no doubt that component 3 constituted State aid. The Commission repeated the assessment of decision N 649/2005. Belgium did not contest that assessment.

In the decision opening the formal investigation procedure, the Commission explained that there was evidence that Belgium had implemented unlawful aid because of the following two changes to the measure:

First, the rate of exemption from payroll tax had been increased from 50% to 75% and subsequently from 75% to 80%.

Second, the measure had been extended beyond July 2011. The initial decision authorised the measure only for a period of five years.

According to the data provided by the Belgian authorities, 231 companies had benefited from the measure. The Commission stated that “(25) […] An analysis of the data revealed that: (a) 183 companies received aid of less than EUR 200,000 per period of 3 years over the whole reference period. This aid is covered by the de minimis Commission Regulation 1998/2006 and was therefore excluded from the scope of the analysis”. This is an important but vague statement. It is not clear whether the Belgian authorities had confirmed that the de minimis threshold and all the other conditions of the then de minimis regulation were complied with. Normally, the Commission does not accept claims that awards of aid below EUR 200,000 are in conformity with the de minimis regulation, unless the Member State concerned verifies that no other awards had been granted during the same three-year period so that they could bring the total amount of aid above the threshold.

The Commission subjected to in-depth analysis the remaining 48 companies which had received aid in excess of EUR 200,000. For these companies, the Belgian authorities had to provide information on the following:

Assessment on the basis of point 5.1 of the R&D&I framework

Point 5.1.1 allows aid for three categories of projects. For each of the 48 companies subject to the in-depth review, the Belgian authorities provided a description of the research and development activities carried out and indicated which research category the projects fell into. The Commission was able to establish that the projects fell into one of the three categories laid down in the R&D&I Framework and concluded that the condition laid down in point 5.1.1 of the Framework had been met.

Points 5.1.2 and 5.1.3 set the allowable aid intensities (a basic rate of 25% for experimental development), which may be increased in certain cases, such as where the aid is to be given to SMEs (point 5.1.3(a)). Belgium provided information on the two withholding rate increases that brought the applicable tax reduction to 80% and showed that the increase to 80% exemption from payroll tax resulted in a maximum intensity of 28.28%. The Commission found that it was in line with point 5.1.3 which lays down a ceiling of 35% for medium-sized enterprises and 45% for small enterprises for experimental development projects. The ceilings are higher for fundamental and industrial research.

Point 5.1.4 defines eligible costs. In opening decision, the Commission noted that the relevant provisions of national law gave the categories of personnel for whom the exemption could be granted but did not specify how the tax authorities were to verify whether the staff concerned were assigned to a research and development project. The national law was amended appropriately and the Commission found that it was compliant with point 5.1.4.

Assessment on the basis of point 5.4 of the R&D&I framework (young innovative enterprises)

The Commission had doubts whether the beneficiaries of the measure met all the conditions set out in point 5.4 (definition of small enterprise, age, percentage of expenditure allocated to R&D, amount of aid). According to the data submitted by Belgium only two companies met all the conditions laid down in point 5.4 of the R&D&I framework (while also meeting the requirements of point 5.1). For this reason, the Commission decided to approve the aid on the basis of point 5.1 of the R&D&I framework.

With respect to the application of the measure after July 2014, the Commission observed that “(33) if the conditions of Chapter 1 are met and if the requirements of Article 25 (aid for research, development and innovation) are complied with, the scheme could be covered by the exemption available under the GBER. The Belgian authorities are invited to inform the Commission of the outcome of their analysis and, if needed, to notify the prolongation of the scheme.”

Even though the measure was amended and implemented without prior approval by the Commission, the latter found it to be compatible with the internal market and noted that after the expiry of the 2007-13 framework, the measure could satisfy the conditions of Article 25 of the new GBER [Regulation 651/2014]. The appropriately adjusted measure did not have to be notified to the Commission.