You are here: Lexxion > State Aid Blogs > State Aid Uncovered > The Private Creditor Test: All Options Must be Taken into Account 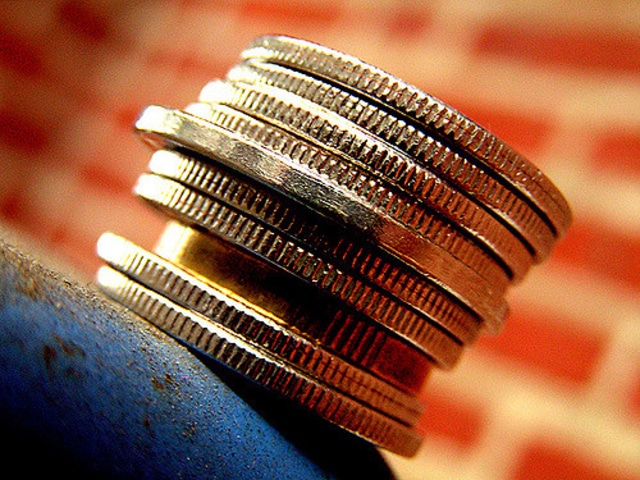 A private investor always takes into account all available information before it makes any investment. Similarly, a private creditor takes into account all available options for recovering the largest possible amount of the money that is due. Such options may include different legal procedures. In assessing alternative options, a private creditor considers not only the amount that may be recovered, but also the complexity and duration of each possible procedure.

On 16 March 2016, the General Court delivered a judgment in the latest, but not the last, episode in a 12-year saga. Its judgment in case T‑103/14, Frucona Košice v Commission annulled Commission decision 2014/342 and will certainly keep the dispute between Frucona Košice and the Commission running for at least a couple of years longer.[1]

Although the judgment is interesting for what it says about the application of the private creditor test, the whole case from its inception in 2004 to the current court ruling highlights the consequences of misunderstanding the concept of State aid by national authorities, on one side, and of sloppy reasoning by the Commission, on the other.

Frucona Košice [FK] is a Slovak company which produced spirits. Between November 2002 and November 2003, it benefited from several deferrals of payment of tax debts made up of excise duties. Those deferrals were granted to it after it provided financial guarantees to its local tax office. However, as a result of financial difficulties, FK was unable to pay the excise duties and it could not obtain further deferral of the payment of those excise duties.

In March 2004, FK filed an application in a local court proposing to its creditors to pay each of them 35% of the amount of the sum that it owed to them. In July 2004, the FK’s creditors, including the local tax office, accepted the proposed arrangement.

However, in October 2004, the local tax office indicated to FK that that arrangement, according to which a part of the tax debt did not have to be repaid, constituted State aid, which was subject to the approval of the Commission.

After receiving a complaint and after Slovakia submitted a formal notification asking the Commission to approve the aid as rescue aid to a company in difficulty, in June 2006, the Commission adopted decision 2007/254 according to which the aid was incompatible with the internal market and had to be recovered.

In its new decision the Commission examined whether the local tax office was justified to give up 65% of its claim, given that the position of the tax office was unusually strong because it held more than 99% of all registered claims. Moreover, those claims could be satisfied at any time during the bankruptcy procedure from the sale of secured assets.

First, as is standard practice, FK raised a plea concerning procedural issues and in particular whether the Commission should have opened the formal investigation procedure. The plea was dismissed by the General Court.

In a second plea for annulment, FK argued that the Commission decision was vitiated by an error of law on the grounds that the Slovakian measure should not have been classified as State aid, regardless of how Slovakia notified the measure to the Commission. After all the concept of State aid is an objective concept. [Here the General Court cites extensively C‑124/10 P, Commission v EDF.]

The General Court first recalled that the case law requires the Member State which claims that it is acting as a private investor to show “97 […] clearly that, before or at the same time as conferring the economic advantage at issue, the Member State concerned took the decision to make an investment, by means of the measure actually implemented, [and] to produce evidence showing that the decision is based on economic evaluations comparable to those which, in the circumstances, a rational private investor in a situation as close as possible to that of the Member State would have had carried out, before making the investment, in order to determine its future profitability. By contrast, economic evaluations made after the advantage was conferred, a retrospective finding that the investment made by the Member State concerned was actually profitable, or subsequent justifications of the course of action actually chosen do not suffice to show that, before or at the same time as conferring the advantage, the Member State took that decision as a shareholder.”

Then the General Court clarified that “103 the Commission could not draw, from the mere classification of the disputed measure as State aid by the Slovak Republic, the conclusion that that measure actually constituted such aid.”

Even, for whatever reason, a Member State does not claim to have acted as a private investor or private creditor, the Commission may not “109 dispense with an examination of that test or consider it to be inapplicable. On the contrary, the private creditor test may be relied on by the recipient of the aid.” “111 The private creditor test is not an exception which applies only if a Member State so requests […] where it is applicable, that test is among the factors which the Commission is required to take into account for the purposes of establishing the existence of such aid.”

The General Court then turned its attention to the third plea, alleging errors of fact and of law vitiating the conclusion that the bankruptcy procedure was more advantageous than the arrangement procedure. It should be noted that Slovakia could choose between three different procedures or options: the debt reduction arrangement, the bankruptcy procedure that was open to any creditor and a tax procedure that was available only to the tax office.

“136 That choice of the private creditor is influenced by number of factors, including the creditor’s status as the holder of a secured, preferential or ordinary claim, the nature and extent of any security it may hold, its assessment of the chances of the firm being restored to viability, as well as the amount it would receive in the event of liquidation, as well as the risks of seeing its losses increase. The decision reached by the private creditor is also liable to be influenced significantly by the duration of the procedures, since it postpones the recovery of the sums due and might thus affect, in the case of lengthy procedures, inter alia, their value.”

The Commission considered that the duration of the bankruptcy procedure would not have influenced the decision of a private creditor in a significant way, given that the tax office as a secured creditor could have obtained revenue at any time by selling the assets that had been put up as collateral.

The General Court found that the Commission, acting in line with the requirement of the case-law, “152 carried out an analysis of the advantages and disadvantages of the bankruptcy procedure compared with the arrangement procedure, taking into account in particular the likely proceeds from a sale of the applicant’s assets in the context of the first procedure and the effect of the likely duration of that procedure, as well as the local tax office’s status as a secured creditor.”

However, because the proceeds from sale of assets pledged as collateral is generally less than the initial value of those assets, a discount factor is normally applied to derive the revenue that can be realistically obtained from a forced sale. In this case, the General Court found that the Commission provided “173 no explanation regarding the liquidation factors used to determine the maximum possible proceeds from a sale of the applicant’s assets in the context of a bankruptcy procedure. “181 The Commission applied liquidation factors amounting, for each of those asset items, to 97, 52, 59 and 100% respectively”. But “185 the Commission did not carry out any methodological or economic analysis and did not request, during the administrative procedure, additional information intended to verify and substantiate the [liquidation factors]”. For this reason, the General Court concluded that “196 the evidence in the administrative file does not substantiate, to the requisite legal standard, the liquidation factor applied by the Commission for the purpose of assessing the proceeds from the sale of the applicant’s non-current assets.”

But again the General Court found that the Commission committed an error because it took into account unsubstantiated liquidation factors. In addition, the General Court faulted the Commission because it “279 merely assumed that [the tax execution procedure] would be conducted in a speedy manner, in particular when compared with the bankruptcy procedure, since it was initiated and controlled by the authorities itself. However, the Commission did not carry out any assessment of that duration, whether in the circumstances of the present case or, at the very least, on average in the light of the stages of the procedure as established by Slovak law. In addition, in its pleadings, the Commission acknowledges the inadequacy of the information available regarding the duration of a tax execution procedure.” The General Court stressed that it was important to note that “280 the duration of the procedures constitutes a factor which is liable to have a significant influence on the decision-making process of a private creditor”.

For all of the reasons identified above, the General Court annulled Commission decision 2014/342. The Commission will now have to re-open the case and find out how the various procedures can be executed under Slovak law. It will not be surprising if in the end it takes more than 15 years before it is finally settled whether FK received any incompatible aid.

For the application of the private creditor test, procedures are important. The reasoning of the Commission in the various stages of this case was in principle correct. But that was not enough. The Commission should have explained all the factors it took into account, such as the liquidation factor, and should have backed up its views on the length and complexity of the various legal procedures with credible evidence from actual practice.