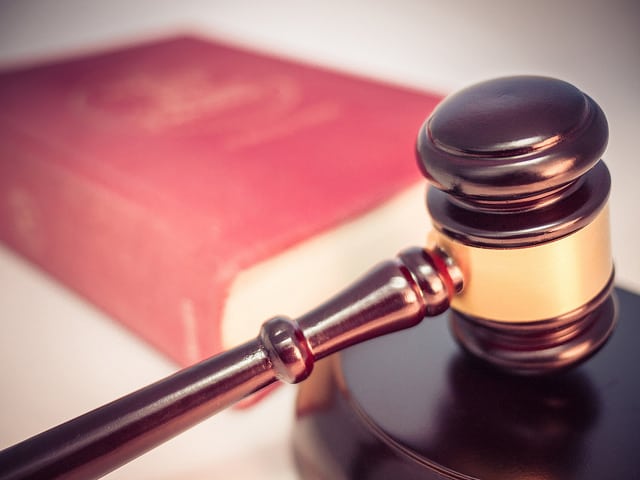 Sale or transfer of state assets is a tricky process. A possible undervaluation of the assets results in State aid for the benefit of the new owner. The process is even trickier when both buyer and seller are owned or controlled by the state. Normally, if the seller sells below market price, there is State aid for the buyer. But, if the seller sells above market price, there is also State aid, but this time for the seller, because the buyer, who is also under state control, pays too much [just like in public procurement cases].

Transfer of assets between state-owned companies are very rare. But on 18 May 2017, the Court of Justice had to deal with such a transfer in case C‑150/16, Fondul Proprietatea v Complexul Energetic Oltenia.[1] A national court in Romania asked the Court of Justice for guidance on whether Article 107(1) TFEU applies to transfer of property from another company, called Electrocentrale, to Oltenia.

The Chișcani plant was valued at RON 36.8 million [approximately EUR 8.2 million]. Oltenia refunded to Electrocentrale the difference between that amount and the amount of the debt, [RON 8.1 million or EUR 1.8 million]. In addition, Oltenia took over 280 workers at the Chișcani plant and secured the transfer to it of emission quotas for greenhouse gases.

In December 2013, Fondul initiated legal proceedings seeking the annulment of the decision of Oltenia’s shareholders. Fondul argued that the Chișcani plant was not profitable, that the transfer was not advantageous to Oltenia and that the transfer only benefited Electrocentrale.

The referring national court asked whether any State aid was involved in that transfer and, if yes, whether it had to be notified under Article 108(3) TFEU.

The question on the existence of State aid

In replying to the first question, the Court of Justice re-formulated it as follows: “(11) The referring court asks essentially whether, …, the decision of a company of which a Member State is the main shareholder to accept a transfer in lieu of payment of an asset, which is the property of another company in which the State is the sole shareholder, in order to extinguish a debt, and to pay an amount corresponding to the difference between the estimated value of that asset and the amount of that debt, is liable to constitute State aid within the meaning of Article 107 TFEU.”

The Court clarified that “(12) as a preliminary point, it must be held that the European Commission’s power to assess whether aid is compatible with the internal market does not preclude a national court from referring to the Court of Justice a question on the interpretation of the definition of ‘aid’.”

Then the Court recalled the criteria laid down in the “Stardust Marine” case [C-4882/99, France v Commission] to determine whether the measure in question was financed by the state or through state resources. “(16) The Court has already held that Article 107(1) TFEU covers all the financial means by which the public authorities may actually support undertakings, irrespective of whether or not those means are permanent assets of the public sector. Therefore, even if the sums corresponding to the measure in question are not permanently held by the Treasury, the fact that they constantly remain under public control, and therefore available to the competent national authorities, is sufficient for them to be categorised as State resources.”

“(17) More specifically, as far as concerns public undertakings, such as CE Oltenia, the Court has also held that the State is able, by exercising its dominant influence over such undertakings, to direct the use of their resources in order, as occasion arises, to finance specific advantages in favour of other undertakings”.

“(18) Second, as regards the condition that an aid measure taken by a public undertaking must be attributable to the State, it is clear from settled case-law that that may be inferred from a set of indicators arising from the circumstances of the case and the context in which that measure was taken”.

“(19) In that respect, the Court has already taken into consideration the fact that the body in question could not take the contested decision without taking account of the requirements of the public authorities, or the fact that, apart from factors of an institutional nature linking the public undertakings to the State, those undertakings, through which the aid had been granted, had to take account of directives issued by State agencies. Other factors might, in certain circumstances, be relevant in concluding that an aid measure taken by a public undertaking is imputable to the State, such as, in particular:

– its integration into the structures of the public administration,

– the nature of the undertaking’s activities and the exercise of the latter on the market in normal conditions of competition with private operators;

– the legal status of the undertaking (public law or ordinary company law);

– the intensity of the supervision exercised by the public authorities over the management of the undertaking;

– or any other indicator showing, in the particular case, an involvement by the public authorities in the adoption of a measure or the unlikelihood of their not being involved, having regard also to the compass of the measure, its content or the conditions which it contains.”

“(20) However, the mere fact that a public undertaking has been constituted in the form of a capital company under ordinary law cannot, having regard to the autonomy which that legal form is capable of conferring upon it, be regarded as sufficient to exclude the possibility of an aid measure taken by such a company being imputable to the State. The existence of a situation of control and the real possibilities of exercising a dominant influence which that situation involves in practice makes it impossible to exclude from the outset any imputability to the State of a measure taken by such a company, and hence the risk of an infringement of the Treaty rules on State aid, notwithstanding the relevance, as such, of the legal form of the public undertaking as one indicator, amongst others, enabling it to be determined in a given case whether or not the State is involved”.

But the Court of Justice left it to the referring national court to determine whether the principles identified in paragraphs 19 and 20 applied to the case at hand. It then turned its attention to whether the transfer conferred an advantage.

Fondul claimed that the transfer was state aid in favour of Electrocentrale on the grounds that the Chișcani plant was not profitable. Therefore, the Romanian state did not act in the interest Oltenia, but only aimed to confer an advantage on Electrocentrale.

The Court first observed that “(24) in that regard, it must be recalled that a transfer in lieu of payment approved by a company of which the State is the majority shareholder does not necessarily constitute State aid.” “(25) … the conditions that a measure must meet in order to be regarded as ‘aid’, within the meaning of Article 107 TFEU are not fulfilled if the recipient undertaking, in circumstances corresponding to normal market conditions, could have obtained the same advantage as that made available to it through State resources. When a public creditor grants payment facilities in respect of a debt payable to it by an undertaking that assessment is made, by applying, in principle, the private creditor test”. “(26) Such payment facilities constitute State aid for the purposes of Article 107(1) TFEU where, taking account of the significance of the economic advantage thereby granted, the recipient undertaking would manifestly not have obtained comparable facilities from a private creditor in a situation as close as possible to that of the public creditor and seeking to recover sums due to it by a debtor in financial difficulty”.

Also here, the Court of Justice left it to the referring national court to “(27) … carry out an overall assessment, taking into account all relevant evidence in the case at issue in the main proceedings, that is, in particular, the value of the asset which was the subject of the transfer in lieu of payment and the amount of the outstanding balance paid by CE Oltenia, in order to determine whether the Electrocentrale would manifestly not have obtained comparable facilities from such a private creditor”.

But the guidance of the Court of Justice missed a crucial aspect of this case. The well-established principle of the private creditor test defines the maximum and minimum limits of acceptable loan restructuring. The high limit is the nominal amount of the loan. A private creditor tries to recover as much as possible of the debt owed to it. The low limit is the money that can be recovered by forcing the debtor into bankruptcy. A private creditor will never go below that limit.

And it is in relation to this last point that the fact that on both sides of the equation stand state-owned companies creates a legal problem. If the amount referred to in the last point above is more than what Electrocentrale should have paid, there is State aid for Oltenia. If it is lower, there is state for Electrocentrale.

With respect to affectation of trade and distortion of competition, the Court of Justice was a bit more forthcoming and stressed that, although it was necessary to examine only whether the aid “(29) … is liable to affect such trade and distort competition”, nonetheless “(30) … the effect on trade between the Member States cannot be purely hypothetical or presumed. Thus, it is necessary to determine the reason why the measure concerned distorts or threatens to distort competition and is liable by its foreseeable effects to have an impact on trade between the Member States”.

“(33) With regard to the requirement that competition should be distorted, it must be borne in mind in that regard that, in principle, aid intended to release an undertaking from costs which it would normally have to bear in its day-to-day management or normal activities distorts the conditions of competition”. “(34) Furthermore, the fact that an economic sector, such as the energy sector, has been the subject of liberalisation at EU level may serve to determine that the aid in question has a real or potential effect on competition and affects trade between the Member States”. “(35) In so far as electricity is the subject of cross-border trade, the grant of aid by the decision at issue in the main proceedings is liable to affect trade. Such aid may also distort competition on the electricity market.”

The second question on the obligation to notify aid

The second question asked, if there were state aid in this case, whether it was subject to the obligation of notification under Article 108(3) TFEU.

The Court of Justice recalled the well-known principle that “(40) Article 108(3) TFEU establishes a prior control of plans to grant new aid. The aim of that system of prior control is therefore that only compatible aid may be implemented. In order to achieve that aim, the implementation of planned aid is to be deferred until the doubt as to its compatibility is resolved by the Commission’s final decision”.

“(42) Whilst an assessment of the compatibility of aid measures with the common market falls within the exclusive competence of the Commission, …, it is for the national courts to ensure the safeguarding, until the final decision of the Commission, of the rights of individuals faced with a possible breach by State authorities of the prohibition laid down by Article 108(3) TFEU”. “(43) It follows that if the decision at issue … constitutes State aid for the benefit of Electrocentrale, the national authorities are required to notify that aid to the Commission before it is put into effect, in accordance with Article 108(3) TFEU.”