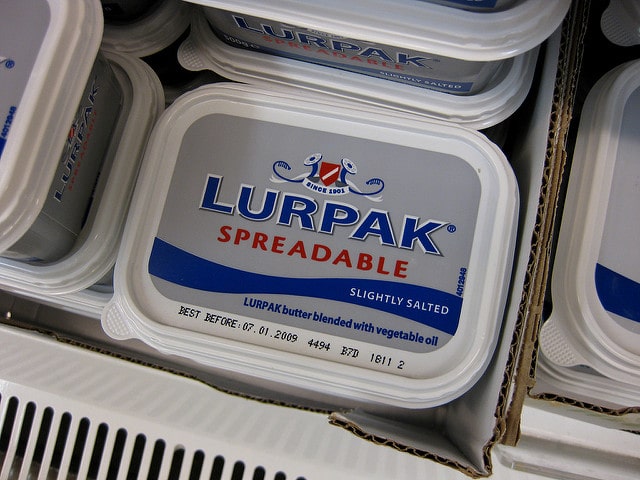 The free transfer of a trademark that belongs to the state confers two possible advantages to the new owner if there is a market for that trademark.

A public asset, in this sense, can be anything for which there is a market, such as a building, a piece of land, a piece of paper such as a tradable emission permit or any transferable licence such as a taxi permit. For such assets markets do exist because the assets can be sold or rented out to third parties. After all, the essence of the market is that it is a mechanism or arrangement that enables transactions to be carried out. It follows that if a public authority gives away an asset for free or for a price below the relevant market rate, it forgoes revenue. This loss of potential revenue translates into transfer of state resources for the benefit of the user of the asset, in the meaning of Article 107(1).

But not everything that a company needs to operate on the market and obtains from a public authority is an asset which has a market price. For example, a company may need a certificate that confirms that it complies with safety or environmental regulations. This certificate has value. Without it the company cannot function commercially. But this kind of certificate that confirms compliance is not tradable. It is useless to any other market operator.

There is also another category of permits or licences which may or may not be provided for a price. On the one hand, there are the permits which are granted without any charge such as the authorisation of black cabs in London to use bus lanes [see the judgment of the Court of Justice in case C-510/13, Eventech]. On the other, there are the permits which are not tradable and are granted only on payment of a, pretty hefty, fee such the right to operate a casino or games of chance [see the judgment in case C-131/15 P on slot machines in Greece].

An unusual case, which is reviewed in this article, concerns the sale of a trademark. Commission decision SA.41400 examined the presence of State aid in the sale of the Lurpak trademarks in Denmark.[1]

The Commission investigated the possible existence of State aid after a complaint by the Association of Danish Margarine Manufacturers. The Danish Dairy Board had sold the protected name of Lurpak to Arla Foods Amba. The Board had obtained the Lurpak trade mark from the Danish authorities about 20 years earlier.

As explained in the Commission decision, the “LUR-mark” was originally established in 1901 for the purpose of differentiating Danish butter from other butter products. The LUR-mark was transferred to the Danish state a few years later and became an official quality mark that could be used only by Danish dairies meeting official quality requirements. The Lurpak mark was launched in 1957 and is included in the LUR-marks.

Because of EU law that prohibits quality marks from being reserved for national producers, in the 1990s, the LUR-marks, including the Lurpak, were transferred to the Danish Dairy Board. In this way, private management of the quality marks could legally limit their use only by producers located in Denmark. Then, the Board sold some of those marks to Arla.

The Commission divided its assessment in two parts. In the first part it examined whether the transfer of the trademarks to the Dairy Board contained State aid. The second part focused on the sale from the Board to Arla.

In relation to the transfer to in favour of the Board, the Commission noted that the Board “(53) is a private association of undertakings producing and marketing dairy products. The recipients of the IP-rights associated with the LUR-marks were thus engaged in an economic activity”.

“(54) The transfer of the IP-rights associated with the LUR-marks had the effect of providing the DDB with an intangible asset, free of charge, that it could later sell and capitalise on, even if that was an unexpected outcome at the time when the State agreements were concluded. Moreover, the DDB could, through the acquisition of those marks, engage in a special brand strategy, including notably the development, registration and de-registration of trademarks as well as the conditions for using those trademarks, to the benefit of its members. The Commission therefore considers that the transfer of the LUR-marks conferred an economic advantage upon the DDB and its members that they could not have obtained under normal market conditions. The advantage was also selective, as the rights to the LUR-marks were given to one single association representing a certain group of undertakings in the dairy sector.”

In other words, the Commission identified two possible advantages: the revenue that could be generated from possible sale of the asset and the strategic use of trademark to promote sales or products bearing that trademark. But is this right?

The Commission then considered that trade and competition were distorted. “(55) The mere fact that the competitive position of an undertaking is strengthened compared to other competing undertakings, by giving it an economic benefit which it would not otherwise have received in the normal course of its business, points to a possible distortion of competition. The rights associated with the LUR marks enabled the undertakings which are members of the DDB to strengthen their competitive position vis-à-vis other undertakings producing and marketing butter and similar products, such as the spreadable margarine products produced by MIFU’s members. […], aid to an undertaking appears to affect trade between Member States where that undertaking operates in a market open to intra-EU trade.”

On the basis of the above reasoning, the Commission concluded that the transfer of the trademarks to the Danish Dairy Board involved State aid. Since it had never been notified by Denmark for prior authorisation, it was automatically illegal.

“(57) However, more than 18 years had elapsed between the final transfer of the LURmarks [in 1997] and the Commission’s first request for information addressed to the Danish authorities [in 2015]. Hence, the 10 year limitation period referred to in Article 17 of Council Regulation (EU) 2015/1589 has expired and the aid in question shall therefore be deemed to be existing aid, pursuant to paragraph 3 of that article.”

The second part of the Commission examined the terms of the sale of the trademarks from the Board to Arla.

The first issue that the Commission had to consider was whether the transfer and the sale had to be assessed as a single measure. The view of the Commission was that the “(59) two transactions cannot be considered as inseparable from one another in the sense of the case-law established by the Court judgement in the Case C-399/10 P, “Bouygues”. The criteria to be applied according to point 104 of that ruling, namely the chronology, the purpose and the circumstances of the undertaking at the time, rather clearly speak against the presence of one single intervention in the case at hand. To start with, more than 16 years had elapsed between the final transfer of the LUR-marks from the Danish State to the DDB and the sale to Arla of the Lurpak trademarks registered after 17 January 1997. Furthermore, the purpose of the State agreement was to deregulate and privatise the administration of the LUR-marks, whereas the DDB’s sale to Arla was a transaction between two private parties aiming at securing the investments made by Arla in the Lurpak trademarks. Finally, that sale was indisputably an unforeseen event when the State agreements were concluded in 1991 and 1997.”

Therefore, the sale had to be assessed on its own merits. The Commission took into account that what was sold by the Diary Board were trademarks that it had registered itself. Since they were not owned by the state, their sale involved no transfer of state resources.

Then the Commission went on to make an important clarification. Even if the sold trademarks were the same as those that had been transferred by the state to the Diary Board, in the transfer agreement the Danish state renounced all rights on those trademarks. Hence, they did not remain under the control of the state and, therefore, the state did not forgo any state resources from their sale.

One last observation is in order before concluding. Normally, the presence of State aid in the sale of a public asset is established by determining whether the sales price corresponds to the market price. But it is very difficult to calculate the market price of an intellectual property right that does not have a liquid market. In the absence of an actual bidding process, everything else is not more than just an educated guess. Not only must have the Commission wanted to avoid the headache of identifying the market price, but more simply it was not even necessary to attempt to calculate the market price. Regardless of what the market price was, the Diary Board did not pass on the revenue to the Danish government. Since, it had retained the proceeds from the sale, even if it had sold the trademarks at a market rate, it still benefited from keeping resources that could have belonged to the state. But, according to the Commission decision, they did not belong to the state at the time of their sale. The state had renounced its rights with the transfer agreement.