You are here: Lexxion > State Aid Blogs > State Aid Uncovered > Turnover Taxes Can be Incompatible with the Internal Market 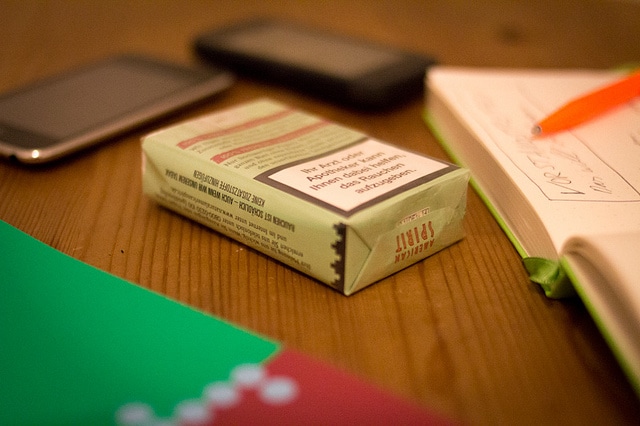 Progressive taxes levied on turnover can provide State aid that is incompatible with the internal market. Flat turnover taxes are proportional and therefore likely to be free of State aid.

Hungary wanted to levy two types of turnover taxes whose purpose was to protect health. The first tax was levied on tobacco products.[1] The Commission found, in decision 2016/1846, that it provided incompatible State aid. The second tax was a charge for inspection of the food chain. The Commission, in decision 2016/1848, found that it too provided incompatible State aid.[2]

These two measures are textbook cases of what can go wrong when the objective of a tax does not match its scope of application.

The tax had three features. First, it was levied on turnover in progressive increments. The lowest rate was 0.2% for turnover up to HUF 30 billion, while the highest rate was 4.5% for turnover exceeding HUF 60 billion. Second, it applied to traders whose tobacco sales exceeded 50% of their annual turnover. Third, tax liability could be reduced by up to 80% if the company concerned would make certain investments.

The progressive nature of the tax resulted in differentiation between undertakings on the basis of their turnover. Those with smaller turnover paid less tax.

Hungary argued that the tax was justified because it penalised larger undertakings that were more able to bear the tax and which commanded more prominent market positions and acted as market leaders. The Commission rejected this argument on five grounds. First, there was no evidence linking turnover to ability to influence the market. Second, ability to pay was more closely linked to profit which was net of costs. Third, the objective of the tax to remedy health effects could be justified only by a linear turnover tax. There was no proof that an undertaking subject to the 4.5% rate caused 22 times the harm of an undertaking subject to the 0.2% rate. Fourth, the exemption from tax of those undertakings whose tobacco-related turnover was less than 50% of their total turnover contradicted the objective of limiting the impact of tobacco consumption on health. Fifth, the reduction of tax liability of up to 80% undermined the objective of the tax because it encouraged further investment by undertakings involved in trading of tobacco products.

Accordingly, the tobacco tax was State aid which was also incompatible with the internal market because it did not fall in any of the permissible categories of exception. Because Hungary had suspended the measure, the Commission did not order the recovery of the aid. If aid had to be recovered it would have to be paid back by those undertakings that were subject to tax rates lower than 4.5% and by those which benefitted from the 80% reduction of their tax liability.

The purpose of the food-chain inspection fee was to raise revenue to cover the cost of the inspections and the operations of the Hungarian food safety agency. The fee used to be levied at a flat rate of 0.1% on the turnover of all food-chain operators. In 2014, however, the relevant law was amended so that a scale of progressive rates were introduced for stores selling “fast-moving” goods. The rates varied from 0.1% for turnover over HUF 0.5 billion to 6% for turnover exceeding HUF 300 billion. All other operators remained subject to the 0.1% fee.

The Commission found that smaller operators, with smaller turnover, benefitted from the lower rates of the fee.

In this case too, the Commission referred to the Gibraltar judgment [C-106/09 P] where the Court of Justice took into account the objective of the reference system in order to identify its scope of application.

The Commission could not identify a single rate as being the reference rate for the fee. However, it considered that a flat fee on turnover would have been an appropriate means of covering the cost of food inspections. Although the Commission acknowledged that “(44) […] the amount of turnover achieved by an undertaking correlates to a certain extent with the size of that undertaking, their size”, it still considered that “the objective of the food inspection fee is to finance health and safety-related checks of food as it passes through the food chain and the progressive fee structure, with rates ranging between 0% and 6%, does not mirror the relationship between the cost of inspections on the premises of the undertakings covered by the measure and their turnover.”

“(45) In light of that objective, the Commission considers all food chain operators, in general, and all operators of stores selling fast-moving consumer goods, in particular, to be in a comparable legal and factual situation, regardless of their activities or their level of turnover, and Hungary has advanced no convincing justification to discriminate between those types of undertakings when it comes to levying the food chain inspection fee. […] Hungary has therefore deliberately designed the food chain inspection fee in such a manner so as to arbitrarily favour certain undertakings, namely operators of stores selling fast-moving consumer goods with a lower level of turnover (and thus smaller undertakings), and disadvantage others, namely larger undertakings, which also tend to be foreign-owned.”

“(46) The reference system is therefore selective by design in a way that is not justified in light of the objective of the food inspection fee, which is to finance health and safety-related checks of food as it passes through the food chain. Consequently, the appropriate reference system in the present case is the imposition of an inspection fee on food chain undertakings operating in Hungary based on their turnover, without the progressive fee structure being a part of that system.”

Hungary argued that the progressive nature of the food inspection fee was justified on the grounds that more resources and time were necessary for the inspection of larger undertakings. The Commission rejected this argument for the following reasons.

First, the Commission conceded that in principle a progressive fee would be justified if the inspection costs and food risk associated with larger undertakings increased more than proportionately with their turnover. However, no evidence had been provided to support the more than proportionate increase of the fee. The difference between the lowest and the highest rate was more than 60 times. In fact, a moment’s reflection would suggest that the opposite is likely to be true. There are likely to be economies of scale in the process of inspecting larger undertakings and, therefore, considerable savings per unit of inspection, as expressed in time or number of officials.

The inevitable conclusion was that the food inspection fee was selective, it granted aid to operators subject to fees lower than 6% and that it was incompatible with the internal market. However, no recovery was ordered because Hungary had suspended the measure when the Commission opened the formal investigation procedure.

Both of the Hungarian measures demonstrate the problems that can arise when the method and scope of application of a tax deviate from the avowed objective of the tax. In these two cases, the avowed objective was to promote health and fund inspections. However, in practice the tobacco tax and inspection fee affected disproportionately larger operators. Larger operators are likely to be foreign operators. Perhaps the true intention was to make it more difficult for foreign companies to establish and operate in Hungary. But it must be said that the Commission decisions provide no evidence that indeed that was the intention of the two measures. At any rate, Member States must always consider the likely impact of their taxes because State aid rules apply to public measures according to their effects rather than their methods or intentions.