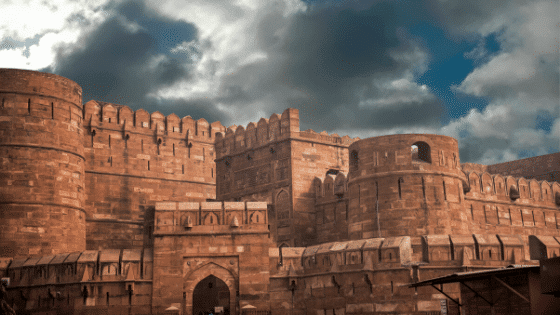 After the landmark judgment in Leipzig-Halle, public authorities are justifiably careful to ensure that the infrastructure they fund is either free of State aid or, if that is unavoidable, that the State aid is compatible with the internal market. Recent cases have shown that there are two problems in this regard.

What is easily said in theory is not necessarily easy to apply in practice. The link between infrastructure and economic activities can take many different forms. This posting examines a case where the Commission concluded that infrastructure was not economic. However, as I will explain, the assertions of the notifying member state and the reasoning of the Commission do not appear to be robust. More disturbingly, in its decision the Commission refers to elements which are not relevant to the classification of an activity as economic or not.

The measure supports the restoration of the historic area of the “Przemyśl Stronghold” for the purpose of boosting cultural tourism. The Przemyśl Stronghold is a series of fortifications constructed at Przemyśl by the Austro-Hungarian Empire between the mid-19th century and the First World War. The fortress was destroyed in 1915 and has been in ruins since then.

The beneficiary is a non-commercial, non-profit Association of Municipalities in the Stronghold area. The aim of the Association is to protect cultural heritage and to stimulate the development of tourism.

The total cost of the project is PLN 21.7 million (approximately EUR 5.3 million). In particular, PLN 7.3 million is provided by the Polish national budget in the form of a direct grant. The project is co-financed by the European Regional Development Fund with PLN 10.5 million. This is equivalent to 48% of the total project cost. The beneficiary contributes the remainder of PLN 3.9 million (approximately EUR 0.96 million).

Close to 81% of the budget of the project will be spent in the renovation of the infrastructure – mostly roads – within the Stronghold. This infrastructure will be accessible without charges.

The Commission begins its assessment by reiterating the settled case law on the concept of “undertaking”. According to case law, an undertaking is any entity engaged in an economic activity, regardless of its legal status and of how it is financed [C-41/90, Höfner; C-264/01, AOK Bundesverband]. An economic activity is the offering of goods or services on a given market [C-35/96, Commission v Italy; C-180/98, Pavlov]. It then says that the “mere use of [the] capital [of an entity] is insufficient to characterise as economic an activity of the entity when it gives rise only to the income which is merely the fruits of the ownership of an asset” [paragraph 25]. With this awkward sentence, the Commission means that owning an asset and deriving income from it is not an economic activity.

The Commission then makes a number of observations that are in fact not relevant for the purpose of classifying an activity as economic or not. “26. In this regard, the Commission notes that the beneficiary of the aid, i.e. the Association (comprising nine Fortress Municipalities), has been created purely with the aim to protect cultural heritage and to stimulate the development of tourism in the territory of the Fortress Municipalities. The Association activities are not profit driven (it does not perform any commercial activities itself) and are of very local character (it does not operate outside of the area of the nine municipalities). Although after the completion of the works certain premises will be used for limited commercial activities (operating the training and conferences rooms, the gastronomy and accommodation facility), these activities will be carried out by external operators and not by the Association itself, who will only receive a rent from these operators and will therefore not be engaged in an economic activity as such.”

It is well-established in the case law that the “aim” of a measure is irrelevant for the purposes of categorising that measure as a State aid. Also irrelevant is the non-profit status of an aid beneficiary. The “very local character” is an element that concerns possible affectation of trade, not the economic nature of an activity.

“27. Furthermore, the Commission notes that 80.9 % of the financing of the total project’s costs will be used for tasks aimed to the renovation of the non-commercially used infrastructure. It is, therefore, appropriate for the assessment of the measure at stake to make a distinction between the financing (representing 80.9% of the total project’s costs) of the tasks described in paragraph 18 above and the remaining 19.1% of the financing which will support the tasks described in paragraph 19 above.”

The Commission does not explain why a distinction based on the relative share of different costs is relevant to the classification of an activity as economic. However, immediately afterwards, it refers to the infrastructure component of the project.

“28. The majority (80.9% or PLN 17,568,447 or approximately EUR 4.3 million) of the public financing will cover the renovation of historical infrastructure aimed to the creation of an open-air tourist attraction addressed to persons interested in historic and cultural tourism. This infrastructure will continue to have a public character and will remain available and accessible for tourists without any limitation and totally free of charge.”

“29. Since in this regard the renovation financed by public money will serve the improved accessibility of an infrastructure which will be visited without any limitation and totally free of charge and this part of the project is not connected with any business activity, the Commission considers that this public funding will not support the conduct of any economic activity and therefore not benefit any undertaking within the meaning of EU competition law14. Therefore, this financing does not constitute State aid within the meaning of Article 107(1) TFEU.”

Now, this is an intriguing line of reasoning. According to the Leipzig-Halle principle, infrastructure that is inseparable from an economic activity is itself economic. In the specific case of the Leipzig-Halle airport, the runway was not open to anyone except the operator of the airport and the airlines that obtained permission from that operator. In the Polish Stronghold case, the roads are open to the public. However, these roads are improved for the single purpose of making the whole area more attractive to tourists. Perhaps they are separable from the rest of the project in a technical sense, but the mere fact that 80% of the budget of the project will be spent on roads means that the project is unlikely to be viable without the improved roads that enable tourists to have increased access to the area. After all, this is precisely the purpose of the project: to stimulate tourism. And tourists need to be able to reach the Stronghold.

It appears, therefore, that the reasoning of the Commission, by focusing on whether the roads are public or not, deviates from the reasoning of EU courts, which focused instead on the inseparability aspect – a functional concept rather than a legal concept concerning public access. It is quite doubtful that the roads are economically separable from the rest of the project and, by implication, from the other activities that the project supports and which, as shown below, the Commission finds to be economic in nature.

After dealing with the infrastructural part of the project, the Commission turns its attention to the remaining activities. It considers that the funding for them is not State aid because cross-border trade is not likely to be affected. “30. … Trade between Member States is only affected if the measure is at least potentially liable to affect such trade. The Commission takes the view that the current measure would not have such potential, even if the other criteria of the State aid definition were met.”

“31. The commercial activities carried out in the supported facilities … (two rooms for training and conference purposes with a capacity of 20 persons each and a gastronomy service room for 20 persons) and … (an accommodation facility with 20 places) have a very small scale and local character, to be capable to purposely attract tourists from other Member States. In addition, tourists are not confined to the Stronghold’s limited conference, gastronomy and accommodation facilities, as in the vicinity there is a wide choice of alternative conference, gastronomy and accommodation facilities, including some under well-known brands and widely recommended in guidebooks and on the Internet. These Stronghold facilities are therefore not capable of deviating tourist flows from other Member States and any possible foreign users of these facilities can be deemed to have made their decision to travel to Poland irrespective of the existence of these facilities.”

The Commission’s assessment of the impact on intra-EU trade appears to be sound. It is indeed unlikely that someone will on purpose travel to Poland in order to use a small hotel or restaurant. [The Commission also helpfully provides in its Decision a list of important cases in which no affectation of trade was established: Leisure Pool Dorsten – Germany (N258/2000); l’Ecomusée d’Alsace – France (NN136a/2002, NN 136/A/2002); theatre production in the Basque country – Spain (N257/2007); Bataviawerf – Netherlands (N 377/2007)].

On the basis of its finding that the larger part of the funding supports a non-economic activity (i.e. the construction of public infrastructure) while the remaining part supports activities which are not likely to affect intra-EU trade, the Commission concludes that the measure does not constitute State aid.