Sie befinden sich hier: Lexxion > State Aid Blogs > State Aid Uncovered > A Public Authority Can Behave Like a Private Investor even when the Beneficiary Has Little Prospect of Future Profitability 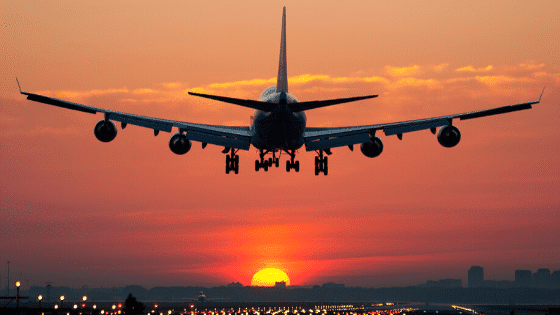 When a public authority invests in an undertaking, it must earn a return at market rates, otherwise the investment is State aid. Normally, it is much easier to prove that the investment has a reasonable prospect of profitability and, therefore, that it would be made by a private investor, when the recipient undertaking is in a good financial situation. However, as shown in a number of cases, investment in a financially troubled company may also not be State aid if the investment has the capacity to turn the company around and make it profitable again.

The case reviewed in this article is unusual, not only because the beneficiary company was in financial trouble, but also because its prospects of future profitability were pretty dim. Yet, the Commission concluded that conversion of a loan into equity was not State aid. Since the loan had become almost worthless, the creditor had hardly anything else to lose! Since the down side was very limited, even a small chance of profit was the economically rational thing to do, despite the fact that the likely return would have been below market rates.

Sonaca is a Belgian company active in the field of commercial aviation. It makes products which are used in the manufacture of medium and long-haul aircraft, such as leading edges of wings and parts of fuselage. Sonaca and its subsidiaries in other countries – among which the US, China and Brazil – employ 2,000 people, 1,400 of whom in Belgium. The Walloon region owns 92.3% of Sonaca and the remaining 7.7% is owned by the Belgian Federal Government.

In April 2009, the Walloon Region granted Sonaca a subordinated loan of EUR 45 million. The purpose of the loan was to consolidate multiple debts of Sonaca towards the Region. The loan was granted at a rate of > 5% per annum for a period of 10-15 years. The loan has a subordinate status in relation to unsecured bank loans. The current value of the loan is EUR 43.5 million.

As a result of the economic crisis, Sonaca encountered financial difficulties because of a sharp decline in new aircraft orders. Its accounts showed negative equity[2] and deteriorating liquidity. Consequently, the Walloon Region hired investment bank Rothschild to identify potential buyers and manage the privatisation of the company. For purposes of legal certainty, it also notified to the Commission the conversion into capital of the debt of EUR 43.5 million. The Region concluded that the conversion was necessary for the success of the privatisation and for securing the future viability of the company. It also considered that the conversion was in compliance with the private investor principle.

At the same time, the Region commissioned Petercam, a consultancy firm, to estimate the value of Sonaca and to evaluate the option of debt conversion against the option of liquidation of Sonaca. Petercam concluded that the conversion was a better option because liquidation would wipe out the value of the loan that Sonaca owed to the Walloon Region.

To compare the behaviour of the Walloon Region with the behaviour a private shareholder, the Commission considered what could be the future of the company in the absence of the conversion of the debt.

According to the business projections submitted by Belgium, although Sonaca’s sales and profit would improve, its overall financial situation would deteriorate because of the increasing debt burden, as the company was heavily in debt (EUR 233.5 million at the end of 2012).

At the end of 2013, the ratio of net debt to EBITDA was expected to reach > 6.5. EBITDA is earnings before interest, taxes, depreciation and amortization. It is an indicator of a company’s financial performance because it shows the net operating revenue [i.e. revenue minus costs of operations] before financial and accounting costs are taken into account. The ratio of > 6.5 meant that the company would take > 6.5 years to repay its debt if it were to devote its entire EBITDA. A ratio of > 6.5 is a serious indication of financial difficulty.

The Commission found that the debt to EBITDA ratio was also higher than the corresponding ratio of a sample of six similar aerospace companies.

In addition, the very high indebtedness of Sonaca implied the existence of negative equity, which was a serious obstacle to the privatisation of the company. This was also the view of Rothschild.

After establishing that the short-term viability of the company was under threat, the next step was to determine what a private shareholder to whom are owed EUR 43.5 millions would do.

In the Belgian legal framework, a private shareholder would adopt any of the following two options that would bring him the greatest opportunity for profit, or at least, recovery of the largest part of the amount invested:

– Either liquidate the company and get his money from the sale of the assets at liquidation prices;

– Or convert the debt of EUR 43.5 million into capital to allow the survival of the company with a profit outlook.

According to Petercam’s estimates, the value of Sonaca’s liabilities would be EUR 300-400 million. In respect of assets, Petercam concluded that their value would amount to EUR 150-250 millions in the event of liquidation (representing a discount which was not revealed due to business secrecy). After the payment of secured and preferential creditors, only a small amount would be left for the unsecured creditors and holders of subordinated debt such as the Walloon Region.

Since these calculations showed that, in the event of liquidation of Sonaca, the Walloon Region would not be able to recover any significant portion of its money, the Commission proceeded to verify that the conversion of the debt into capital would not increase the financial risks borne by the Walloon Region.

In this regard, the Commission noticed that the proposed conversion involved no injection of fresh capital. Given the prospect of meagre return in the event of liquidation, it was evident that the value of the claim of the Walloon Region on Sonaca had lost most of its value and, therefore, that its conversion into capital would not imply a significant new financial risk. By contrast, the survival of the company would enable the Region to hope for future income as a shareholder. Moreover, the Commission found that Sonaca was undergoing restructuring for the purpose of reducing its costs. This would raise further its profitability prospects.

The Commission concluded that, due to its high indebtedness, the company could not be privatised. By converting almost worthless debt into equity, The Walloon Region would enable the company to continue its operations and enjoy a better prospect of future profitability. Since this option was preferable to forced liquidation and since the Region would not assume more risk by the conversion, it acted in conformity with the private investor principle. The debt conversion was, therefore, not State aid.

But a big question mark remains

The logic of the Commission on the conversion is impeccable, even though the conclusion is surprising. If debt becomes worthless, converting it into equity offers at least a chance for sharing in future profit, irrespective of how small that profit may turn out to be and irrespective of whether it may be below market rates.

However, it is very puzzling that in its investigation the Commission completely ignored the fact that the Walloon Region granted a large, unsecured and subordinated loan after the company faced problems. The Commission also ignored to check whether the interest rate of the loan reflected the risk borne by the Region. Would a private investor give a loan to a troubled company under similar terms? Did the Walloon Region have any special obligations as a shareholder? These are questions which are not addressed in the Commission Decision.

[2] According to accounting principles, the assets (A) of a company must be equal to its liabilities (L). The liabilities are equal to the sum of equity capital (E) and debt capital (D). It notation form, the following equation must hold: A = L = E + D. This means that equity can be expressed as assets minus debt or E = A – D. For equity to be negative, i.e. E < 0, it means that A – D < 0. If equity is negative, it follows that D > A. That is, the amount of debt exceeds the value of the assets of the company. Shareholders must pay extra to compensate creditors of the company.