Sie befinden sich hier: Lexxion > State Aid Blogs > State Aid Uncovered > A Rare Commission Decision on an SGEI Measure that Could Have Been Exempted from Notification 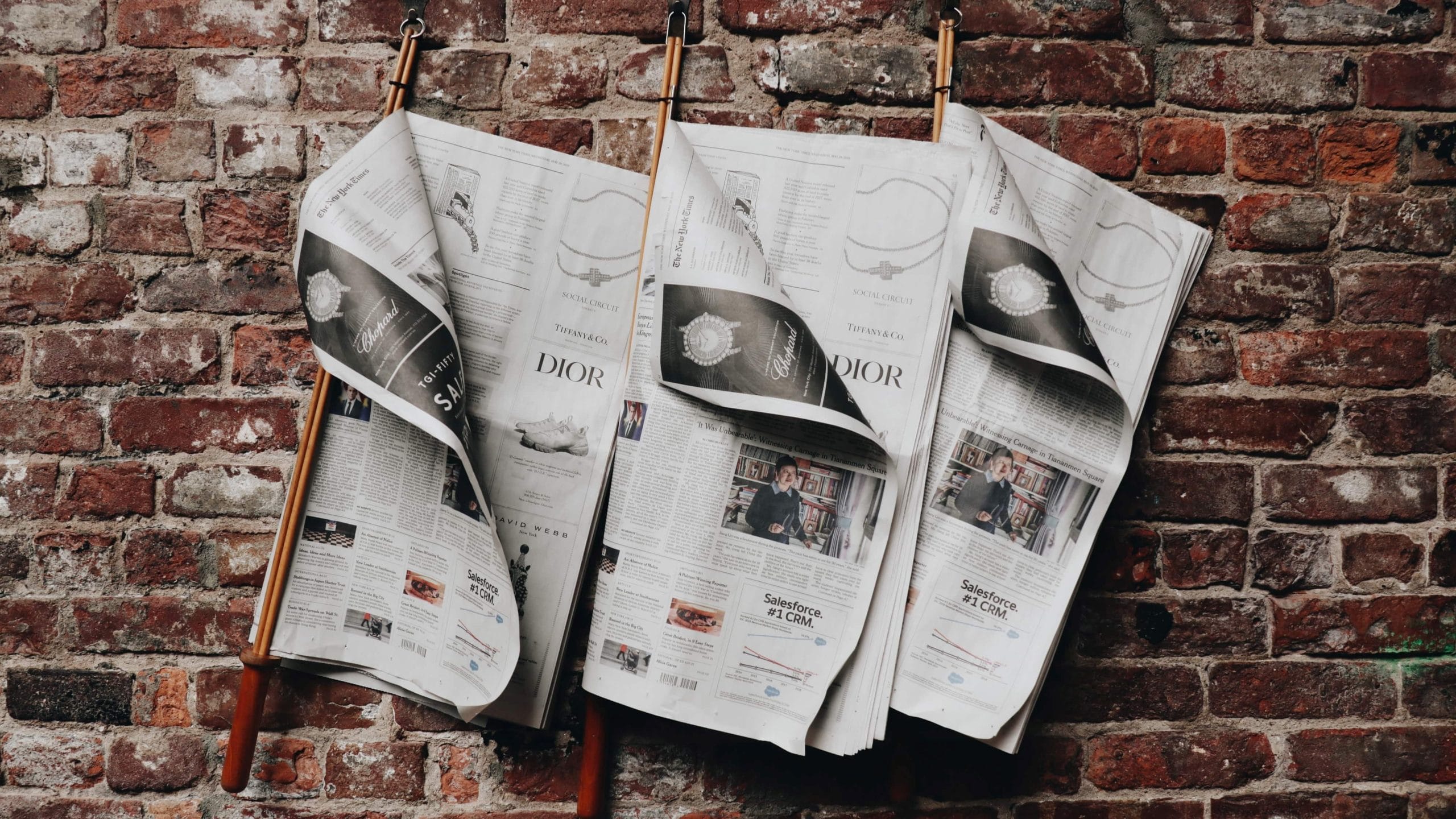 A public service obligation must be imposed by an act of entrustment that describes in detail the terms of the obligation, identifies the undertaking that offers the service and lays down procedures for preventing over-compensation.

The purpose of Commission Decision 2012/21 on services of general economic interest [SGEI] is, like the GBER, to exempt certain aid measures from prior notification. It is exceedingly rare to see a measure for compensation of SGEI net costs according to the requirements of Decision 2012/21 formally authorized by the Commission. But this is exactly what the Commission did in Decision SA.61014.[1]

In January 2021, Slovenia notified to the Commission its intention to grant State aid to the Slovenian Press Agency [STA] for the provision of services of general economic interest [SGEI]. The Commission informed Slovenia that it could implement the aid measure on the basis of Commission Decision 2012/21 which it relieved it from the obligation of prior notification to the Commission. However, Slovenia insisted that the Commission adopted a decision for purposes of legal certainty.

It is not clear why Slovenia wanted legal certainty. Perhaps it was unsure whether a genuine SGEI or public service obligation [PSO] could be defined in relation to press information. Or perhaps, as it will be seen later on, it had doubt as to the length of the period of entrustment of the PSO.

The notified measure concerned public service compensation [PSC] amounting to EUR 2.5 million for the public service obligations imposed on STA for the year 2021.

STA which was established in 1991 is 100% owned by the state. STA is obliged by law to provide free information in the Slovenian language on events in Slovenia and other countries “(9) on a permanent, comprehensive, accurate and objective basis for the needs of the public in Slovenia, Slovenians around the world and Slovenian national minorities in neighbouring countries.”

The Commission easily concluded that the public funding provided to STA constituted State aid in the meaning of Article 107(1) TFEU. It used state resources, it was attributed to a decision of the state, it conferred a selective advantage and it was liable to affect trade and distort competition with other European and international news agencies. The Altmark conditions did not apply because STA was neither selected competitively, nor was it shown to be efficient in comparison to similar organisations.

What makes this Commission decision particularly interesting is that it concerns a rare case where the Commission applied the criteria laid down in Decision 2012/21 and therefore it illustrated how to comply with that Decision. The Slovenian measure fell within the scope of the Decision because the annual amount of compensation did not exceed EUR 15 million.

The service in question must be a genuine SGEI. “(26) Only SGEIs can be compensated under the SGEI Decision. In Commission Decision SA.30481 (State Aid in favour of Agence France-Press (AFP)), some of the tasks of the news agency examined were considered as an SGEI. Smaller States may also have a genuine interest to rely on the services of an independent news agency of their country and language which covers national news and which reports on international developments from the perspective of that country. In addition, the public service mission to provide summary information on events in Slovenia and around the world on a permanent and comprehensive basis to the public free of charge concerns an activity which would not be performed by a commercial media entity. Moreover, in such smaller Member States, a news agency does not have a commercial basis of media customers which is comparable to the one offered by large Member States’ markets, in order to generate sufficient revenues to support the provision of these services of general interest.”

The operator of the SGEI must be entrusted with a public service mission. “(29) According to Article 4 of the SGEI Decision, in order to be compatible, the operation of the service of general economic interest should be entrusted to the undertaking concerned by way of one or more acts, the form of which may be determined by each Member State. The act or acts should include, in particular:

The entrustment and subsequent compensation must be transparent. “(30) Article 4 also demands that the entrusting act or acts include a reference to this Decision. However, as recital (14) of the SGEI Decision explains, that reference in the entrustment act serves the purpose to ensure transparency in relation to the application of that Decision in the absence of a notification and an assessment by the Commission. In a comparable situation concerning State aid granted under the former General Block Exemption Regulation 800/20088, the Court of Justice found that the obligation to include in the scheme an express reference to that Regulation served to increase transparency and legal certainty and ensure an efficient monitoring of aid in the absence of a notification. [The Commission cited case C-493/14, Dilly’s Wellnesshotel v Finanzamt Linz, paragraphs 48-50] The express reference to Regulation 800/2008 enables the recipients and their competitors to understand the reasons why that measure may be implemented even though it was not notified to the Commission or authorised by it. Such a reference thereby enables not only the Commission to review, but also third parties, to be informed of the proposed aid measures, so that they may exercise their procedural rights.”

Then the Commission examined whether the measure in question complied with the requirements of Decision 2012/21.

“(32) Slovenia entrusted the public service mission to STA by the STA Act in 2011. The STA Act describes the undertaking concerned and the detailed content of the services of general interest entrusted to STA.”

“(33) It appears that this entrustment was not limited in time, even if it was implemented by annual contracts concluded between the State and STA.”

“(34) It should be noted that the SGEI Decision only applies where the period for which the undertaking is entrusted with the operation of the service of general economic interest does not exceed 10 years.”

“(35) Nevertheless, in the framework of the notification of the measure here examined, the Decision is not used as an instrument of exemption of the aid, but as an instrument for the assessment of the compatibility of the aid measure, and the Commission could still declare the aid compatible with the internal market, even if one of the conditions of compatibility set by the Decision is not fulfilled, when there are particular reasons, which justify this assessment.”

In this connection it should be explained that in December 2020 the Slovenian government decided to limit the entrustment to one year. Therefore, the Commission concluded that “(36) the authorisation of the measure for one year would not entail an excessive distortion of competition or affectation of intra-EU trade.”

ii) Compensation mechanism and the parameters for calculating, controlling and reviewing the compensation

“(39) [The relevant Slovenian] Act determines that the amount of compensation in form of a direct grant is estimated, in a first step, based on the business plan of STA for 2021. Article 20(2) of the STA Act further states that the amount of annual State funding must not exceed the net public service costs. As described in recital 16, any State funding exceeding the net public service costs has either to be carried forward to be deducted from future funding or to be returned to the State budget.”

“(40) Article 21 of the STA Act submits the operations of STA to an annual external audit carried out by an independent auditor. The audit reports are submitted to the Parliament for information. Furthermore, the State, as the owner of STA, has access to the accounts of STA under national corporation law. This allows an ex post verification of the costs incurred.”

“(41) The combination of an upfront estimate of the costs for the public service tasks for the coming year and an ex post control and verification mechanism can ensure that the final aid amount is limited only to what is necessary to achieve the public service mission.”

iii) Arrangements for avoiding and recovering any overcompensation

“(42) According to Article 6(1) of the SGEI Decision, the Member State shall ensure that the entrusted undertaking does not receive compensation in excess of the necessary amount to cover the costs of the public service mission. The Member State shall carry out regular checks, or ensure that such checks are carried out at least every 3 years during the period of entrustment.”

“(44) In line with these provisions, Article 20(2) to (4) of the STA Act states that the amount of annual State funding must not exceed the net public service costs. As already stated in recital (18), STA is subject to an annual external audit.”

“(46) Accordingly, based on the elements of law described in the notification, the notified aid measure in favour of STA meets the compatibility conditions set in the SGEI decision for aid to SGEI not exceeding EUR 15 million, except for the duration of the entrustment of the SGEI decision. Nevertheless a deviation from the rules concerning the duration of the entrustment does not undermine the compatibility of this individual aid measure in this specific case for the reasons explained above.”

“(47) Aid granted under the notified legal provisions is compatible with Article 106(2) TFEU, if those conditions are observed.”

Photo by Juliana Malta on Unsplash