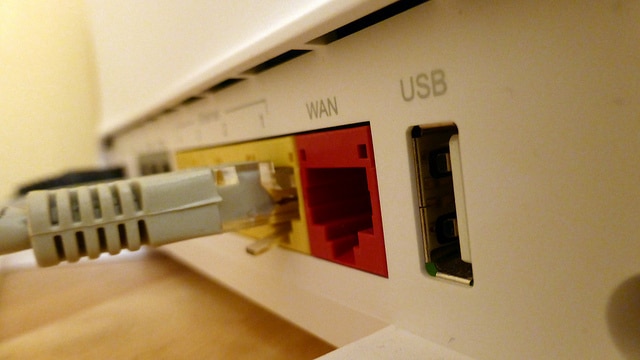 This blog examines how much aid goes to support broadband networks and what lessons can be drawn from the Commission’s decisional practice.

A principal objective of the State Aid Modernisation was to free Commission resources from the time-consuming task of checking the conformity of routine measures of State aid. Consequently, the General Block Exemption Regulation was extended to 43 categories of aid from the previous 26. The number of categories has now risen to 45 with the recent insertion of rules on aid to ports and airports.

The 2016 Annual Competition Report that was published at the end of May indicates that the GBER is used as the legal basis for over 95% of all new aid measures implemented by the Member States. However, in terms of amount of expenditure, GBER-based measures still account only for 40% of total aid granted.

It is not clear how accurate the statistics on expenditure are. For example, when an aid award in the context of a GBER-based measure is notified to the Commission for individual assessment, is it counted as falling within the GBER or within notified measures?

Given the success of the Commission to induce Member States to use the GBER more frequently and for many more categories of aid, it is easy to forget how useful guidelines have been in getting Member States to design compatible aid measures.

Take the example of State aid to broadband networks. Article 52 of the GBER allows investment aid for the development of broadband networks [construction and operation]. Article 52 is short, just half a page. And it appears simple. It stipulates that the operator should be selected competitively and the amount of aid should be determined by the selection process, instead of being laid down in the GBER in the form of a maximum rate of aid intensity as is normally the case. It also requires that Member States establish a claw-back mechanism whenever the aid exceeds EUR 10 million.

Although phrased in deceptively simple language, the definition of a selection procedure that minimises the amount of aid and the prevention of excessive profit are not simple tasks. A case study later on will show how Croatia interpreted these provisions, with the Commission’s approval. But, first, the next section examines how much aid goes to support broadband networks and what lessons can be drawn from the Commission’s decisional practice.

Our point of departure is the Commission’s list of its decisions on broadband.[1] [Incidentally, the list is illuminating and it would be good if the Commission would publish similar lists for the major categories of aid]. Between 2003, when the first decision on broadband was taken and April 2017, the Commission assessed 149 measures. The total number is likely to be higher, and at least 151, because the list is not completely up to date. For example, it does not contain two recent cases from Austria [SA.46731] and Croatia [SA.41065].

It is not possible to know precisely the amount of State aid that corresponds to those 151 measures because the Commission’s state aid scoreboard[2] does not indicate the amount of aid granted to broadband networks. However, it is possible to make a rough calculation through an indirect way. Until May 2017, the Commission had approved the evaluation plans for seven broadband measures [see last week’s article on ex-post evaluation statistics: http://stateaidhub.eu/blogs/stateaiduncovered/post/8859]. Under Article 1(2) of the GBER, ex-post evaluation is required whenever the average annual expenditure for any aid measure exceeds EUR 150 million. At minimum this implies an expenditure of at least EUR 1050 million [= 150 million x 7]. In addition, there is the aid granted through other measures whose annual budget does not exceed the GBER threshold. Therefore, the actual expenditure must be close to EUR 1.2 billion.

A close reading of the list of Commission decisions leads to the following conclusions. First, of the 151 cases [including the two recent ones], 141 measures were approved without objection. This is equivalent to 93% authorisation rate. This is exceptionally high and above the overall average rate of about 80%-85%. But it is precisely the intended result of the guidelines whose purpose is to guide Member States to notify to the Commission only measures that the Commission will be in a position to approve. Otherwise, both Member States and the Commission end up wasting their time.

Second, France achieved the remarkable feat of having three measures declared free of State aid in conformity with the Altmark criteria. This means that there was public funding involved in the form of compensation for public service obligations without, however, constituting State aid. These are the early cases of public service obligations in the area of Pyrenees and Limousin and the more recent case in the area of Hauts-de-Seine. Given the evolution in the practice of the Commission and in the case law, it may not be so easy at present to have compensation for the construction and operation of broadband networks be declared as Altmark compatible. And this is despite the fact that the Court of Justice has ruled that the Altmark criteria are objective.

Perhaps a clarification is necessary at this point. Since aid granted in conformity with the Altmark criteria does not constitute State aid, Member States do not have to inform the Commission. Hence, it cannot be absolutely certain that other Member States have not provided compensation to broadband operators in the belief that the compensation was free of State aid. However, given that the construction and operation of broadband networks is normally a multi-million affair, it is very unlikely that competitors would not blow the whistle and therefore is it even more unlikely that Member States would risk the viability of projects of this size without ensuring the legality of any public funding they intended to grant.

Third, only one Member State, the Netherlands, had a measure that did not constitute State aid because it satisfied the Market Economy Investor Principle [MEIP]. This was the project CityNet in Amsterdam.

Italy also tried to pass a measure as MEIP-compatible on the grounds that the public investor was acting pari passu with the private investor. Eventually, Italy withdrew the measure after the Commission opened the formal investigation procedure. The Commission suspected foul play because the special purpose vehicle that was established to build the broadband network in Trentino and which was jointly owned by the public and private partner had a special agreement to buy exclusively from a subsidiary of the private partner.

Fourth, the Netherlands was also the only Member State which had a measure prohibited for being unnecessary. The Netherlands is one of the most networked countries in the world. When the city of Appingedam decided to offer incentives to market operators to expand their networks, the Commission correctly questioned whether there was any need for such an inducement.

This case study illustrates the benefits from notification. The notifying country obtains confirmation that its understanding of the rules is correct. The envisaged total expenditure of the Croatian measure was about EUR 372 million, of which EUR 117 million [31%] would come from structural funds [ERDF], EUR 135 from an EIB loan [36%] and the remaining EUR 120 million from private sources [32%]. The transfer of state resources in the meaning of Article 107(1) TFEU was through the ERDF support.

The aid intensity varied between 20% and 100% depending on the area of intervention. However, the precise aid intensity would be fixed by the tendering process for selecting the network operators. The winner would be the tenderer requesting the lowest amount of aid.

The usefulness of having an explicit Commission decision approving the measure was that it provided clarity on the process for selecting the network operators. The measure foresaw three types of operators: purely private operators, assignment to public entities [i.e. without tendering] and establishment of public-private partnerships.

The Commission confirmed that there would be no excess aid for public entities acting as network operators [i.e. the aid would be proportional] if:

For private operators, aid would be proportional if a claw-back mechanism would be put in place whenever aid would exceed EUR 10 million [as also required by Article 52 of the GBER]. The winning bid would be the “economically most advantageous offer”. The award criteria would be set out in the call for tenders and the awarding authority would specify in advance the relative weight of each of the criteria.

Winning bidders of projects with an aid component exceeding EUR 10 million would have to maintain separate accounts “as regards the subsidy received so as to facilitate monitoring of the scheme and any extra profit generated” [paragraph 59]. After selection of the operator, the Croatian authorities would review the planned investment and establish a cost plan as well as an investment plan, which would be subsequently used for ex post comparison with actual costs incurred and realised investments. This comparison was intended to reveal whether there was excessive profit that would have to be clawed back. Interestingly, the measure provided on an ex ante basis for automatic clawback in case of “30% of profit”. It is difficult to understand whether this meant that profit would be clawed back if it would exceed by 30% the initial [expected] value or if the rate of profit would have to remain below 30%.

The use of the GBER has increased significantly. Member States save administrative resources from not having to notify measures to the Commission. For its part the Commission can target its own resources to measures that are more likely to impact on competition.

[2] The scoreboard can be accessed at: