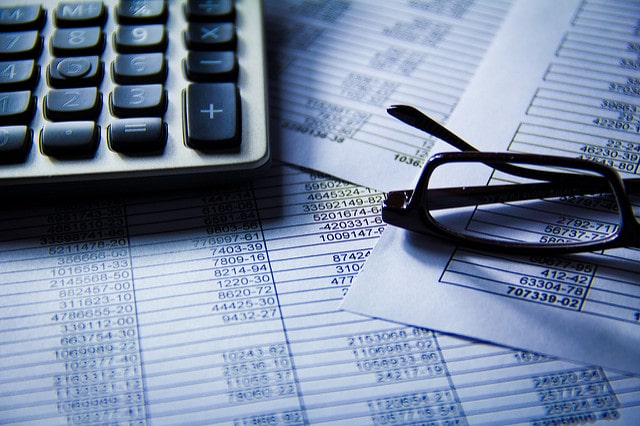 Several recent articles on this blog have examined the concept of transfer of state resources in the meaning of Article 107(1) TFEU. The resources that fall with the scope of Article 107(1) are those which can be controlled by the state and whose transfer is actually decided by the state. In other words, it is not enough that in principle certain resources come under the control of the state. It is also necessary that the specific decision that results in their transfer from a public authority or public undertaking is taken by the state so that the decision can be imputed or attributed to the state. Control and imputability are necessary but not sufficient on their own for the existence of State aid.

SACE was 100% owned by the Italian state. Its function was to provide export credits. SACE had established Sace BT as a legally separate subsidiary. The purpose of Sace BT was to manage normal commercial risk, while SACE managed insurance for non-commercial risk. The Commission considered that an injection of capital by SACE into Sace BT was not in conformity with the market economy investor principle [MEIP] and that it was incompatible with the internal market. The General Court agreed on most issues with the Commission’s assessment but, nonetheless, annulled part of the Commission decision because the Commission miscalculated the amount of aid that was incorporated in a premium that Sace BT had paid to the parent company SACE.

Principles of attribution of a measure to the state

The General Court considered that state involvement meant that an investment decision was adopted under the influence or control of a public authority. It was not necessary to demonstrate that the conduct of the public undertaking would have been different if it had acted autonomously. [Paragraph 23 of the judgment]

The fact that, in certain cases, public policy objectives coincide with the interests of the public undertaking does not prove lack of involvement of public authorities in the adoption of the measure in question. [Paragraph 24]

The Court of Justice also recalled landmark case law according to which the imputation of an aid measure to the state can be deduced from a set of indicators concerning the extent of the involvement of the state in the decisions of a public undertaking. The fact that such a public undertaking cannot take a decision without regard to the requirements of public authorities is a relevant indicator but it is only one indicator among several listed by the Court of Justice in its judgment in the Stardust Marine case [C-482/99, France v Commission]. The Court also went on to note that since state imputability and the MEIP constitute two different criteria, the General Court did not commit an error of law. It correctly found that there was nothing to prevent a public authority from requiring a public undertaking to carry out a commercial operation which, while being compliant with the MEIP would still be attributed to the state. [Paragraph 29]

Attribution of a specific measure to the state

The Court of Justice recalled again the Stardust Marine judgment according to which the imputability to the state cannot be deduced exclusively from an “organic” criterion, meaning ownership or structural links. In that judgment the Court held that, even if the state is able to control a public enterprise and exercise decisive influence over its operations, the actual exercise of that control cannot be automatically presumed. It is still necessary to examine whether the public authorities should be considered to have been involved, in one way or another, in the adoption of the aid measure. [Paragraph 34]

This is an important restatement of the relevant case law. The Court distinguishes between state control, in general, of an undertaking and involvement in the adoption of the specific decision that transfers the resources in question. It is the specific decision that must be imputed to an act of a public authority. It follows that imputability can be automatically inferred only in cases where the aid comes from the budget of a public authority or in cases where public undertakings have no other option but to carry out public policy. The corollary of this conclusion is that whenever a public undertaking has discretion to act autonomously, it becomes necessary to prove that the state dictated the particular decision to transfer resources for the benefit of another undertaking.

In the present case, the Court of Justice agreed with the finding of the General Court that, contrary to the claims of the applicants, the Commission did not determine the imputation of the aid measure to the state solely on basis of the “organic” criterion. It examined three other indicators which were that all members of SACE’s board of directors had been appointed by the state, that two of the members were also civil servants, that SACE was not operating on the market under normal conditions of competition with private operators and that, by law, SACE had to hold at least 30% of Sace BT’s capital. [Paragraphs 38-39]

Compliance with the MEIP

The applicants claimed that the Commission misapplied the MEIP because it ignored that other insurance companies were behaving in a similar fashion at the time when SACE injected capital in Sace BT. The reply of the Court of Justice to this argument was that the fact that a large number of private insurance companies were recapitalized to cover the significant losses suffered as a result of the economic crisis was not sufficient to exempt a public investor such as SACE from its obligation to assess ex ante the future profitability of its subsidiary. [Paragraph 104]

The Court also rejected the argument of the applicants that it was impossible to forecast in a reliable and detailed manner the evolution of the economic situation of operators at that time. Again this difficulty does not relieve a public undertaking from establishing in advance the likely profitability of its investment [paragraph 105]. It also follows from the case law [C-124/10 P Commission v EDF] that it is incumbent on the Member State which invokes the criterion of the private investor to prove on the basis of objective and verifiable elements that its investment decision is based on prior economic assessment. [Paragraph 107]

In this case, SACE, as the investor, did not carry out any prior assessment of the likely profitability of the investment. Moreover, the business plan considered by the board of Sace BT did not meet the requirements of the MEIP.

For successful invocation of the MEIP, an ex ante assessment of the prospective profitability of the investment decision is indispensable. Ex post proof will not do. It is irrelevant that the actual calculation of future profit rates is difficult or uncertain. In fact, a high degree of difficulty or uncertainty is strong evidence of the high risk of the investment and would militate against the investment.

[1] The full text of the judgment, in French and Italian, can be accessed at: