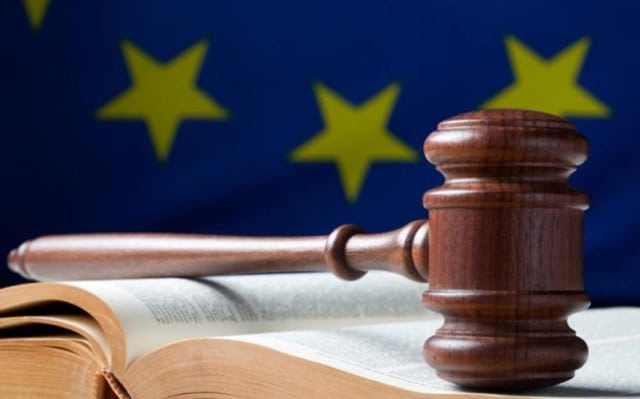 The provider of a service of general economic interest does not have to be more efficient than the “typical undertaking” in its sector.

Viasat Broadcasting appealed against the judgment of the General Court of 24 September 2015 in case T‑125/12 Viasat Broadcasting v Commission. The General Court had dismissed Viasat’s action against Commission decision 2011/839. In that decision, the Commission found that State aid granted by Denmark to TV2/Danmark was compatible with the internal market on the basis of Article 106(2) TFEU.

TV2 has a public service obligation [PSO] to produce and broadcast national and regional television programmes. TV2 is partly funded with revenue from a licence fee paid by Danish television viewers. In addition, TV2 generates revenue from advertising. Apart from public broadcasters, commercial television broadcasters such as Viasat also operate in Denmark.

Following complaints, the Commission had assessed the system of funding of TV2 and concluded that it constituted State aid because the compensation for its PSO failed to meet the second, third and fourth Altmark criteria. However, although the compensation exceeded the net extra costs of TV2, the Commission considered that it was an appropriate capital buffer for TV2.

It should also be mentioned that, in its judgment of 24 September 2015 in the related case T-764/11 TV2/Danmark v Commission, the General Court annulled Commission decision 2011/839 in so far as it had characterised as State aid the advertising revenue received by TV2 for two years [1995 and 1996]. The advertising revenue, according to the General Court, could not be classified as State resources because it did not come under the control of the
State.

The judgments of the General Court in both case T‑125/12 Viasat Broadcasting UK v Commission and case T-764/11 TV2/Danmark v Commission were reviewed in an article that was published here on 27 October 2015.

Since the Altmark criteria essentially determine whether or not an undertaking obtains an advantage from the compensation it receives when it carries out a public service mission, the Court of Justice stressed immediately the relevance of the concept of advantage. It recalled that “(24) […] it is settled case-law that measures which, whatever their form, are likely directly or indirectly to favour certain undertakings or are to be regarded as an economic advantage which the recipient undertaking would not have obtained under normal market conditions are regarded as State aid”. “(25) However, the Court has stated that, where a State measure must be regarded as compensation for the services provided by the recipient undertakings in order to discharge public service obligations, so that those undertakings do not enjoy a real financial advantage and the measure thus does not have the effect of putting them in a more favourable competitive position than the undertakings competing with them, such a measure is not caught by Article 107(1) TFEU”. It then went on to restate the four Altmark criteria which were pronounced in the judgment of 24 July 2003 in case C-280/00 Altmark Trans. As is well known, when all four criteria are satisfied, no advantage is conferred and therefore no State aid is granted.

The Court also reminded us that “(31) in allowing derogations to be made from the general rules of the Treaty in certain circumstances, Article 106(2) TFEU seeks to reconcile the Member States’ interest in using certain undertakings, in particular in the public sector, as an instrument of economic or fiscal policy with the Union’s interest in ensuring compliance with the rules on competition and the preservation of the unity of the common market”.

This interpretation can be found in other judgments concerning public broadcasters [e.g. the French TF1]. It seems that EU courts consider public ownership or the choice of a particular broadcaster as a guarantee that public policy objectives can be more effectively achieved. The validity of this assumption is questionable.

The Court then addressed the argument of Viasat that the Commission was required to examine whether meeting the second and the fourth Altmark criteria would have prevented TV2 from carrying out its public mission.

In this connection, the Court pointed out that “(33) […] in order to assess a measure under Article 106(2) TFEU, the Commission is not required […] to examine whether the conditions laid down by the case-law in Altmark, in particular the second and fourth of those conditions, are met.” “(34) [V]erification of the conditions laid down in the Altmark case-law occurs upstream, that is to say in the examination of the issue of whether the measures at issue must be characterised as State aid. That issue must be resolved before the one which consists in examining, where necessary, if incompatible aid is nevertheless necessary to the performance of the tasks assigned to the recipient of the measure at issue, under Article 106(2) TFEU.”

“(35) By contrast, the conditions laid down in the Altmark case-law are no longer to be applied where the Commission, having found that a measure must be characterised as aid, in particular in so far as the recipient undertaking is unable to pass the test of comparison with a typical undertaking, well run and adequately equipped so as to be able to meet the necessary public-service requirements, examines whether that aid can be justified under Article 106(2) TFEU.”

The Court also examined Protocol No. 26 on Services of General Interest attached to the TFEU and Protocol No. 29 on the System of Public Broadcasting in the Member States. The Court pointed out to the “(37) […] wording of Protocol No. 29, which states that ‘the provisions of the Treaties shall be without prejudice to the competence of Member States to provide for the funding of public service broadcasting and in so far as such funding is granted to broadcasting organisations for the fulfilment of the public service remit as conferred, defined and organised by each Member State, and in so far as such funding does not affect trading conditions and competition in the Union to an extent which would be contrary to the common interest, while the realisation of the remit of that public service shall be taken into account.’”

The Court of Justice, however, did not elaborate further how and in which sense Protocol No. 29 was relevant to the present case. We can only surmise that the Court meant that Member States were free to provide State aid to undertakings (broadcasters) which were not necessarily “well run and adequately equipped”. Naturally, the question immediately arises why Member States should have any interest in supporting ill-run and ill-equipped broadcasters. As pointed out above, the answer that has been given in previous judgments is that Member States can appoint the broadcaster of their choice, which implies a broadcaster over which they exercise control. So far, however, there is no judgment in which evidence has been provided that State control guarantees high-quality public service or that no other mechanisms exist for ensuring the quality of public service.

At any rate, the Court of Justice rejected Viasat’s first plea.

Viasat’s second plea alleged breach of Article 296 TFEU. Viasat claimed that the General Court erred in law by rejecting its argument that the Commission infringed Article 296 TFEU when it failed to provide adequate reasoning why it had not examined the second and fourth Altmark criteria in its decision.

The Court of Justice recalled settled case-law that “(43) […] the statement of reasons required under Article 296 TFEU must be appropriate to the measure at issue and must disclose in a clear and unequivocal fashion the reasoning followed by the institution which adopted that measure in such a way as to enable the persons concerned to ascertain the reasons for it and to enable the competent Court of the European Union to exercise its jurisdiction to review legality”.

It went on to observe that “(45) […] the contested decision would only be vitiated by a failure to state reasons if the Commission had been required to apply the analytical framework which, according to Viasat, results from Article 106(2) TFEU.” “(46) However, it follows from paragraph 37 above that Article 106(2) TFEU did not require the Commission to take into consideration the second and fourth Altmark conditions in order to decide whether State aid is compatible with the internal market under that provision. Accordingly, the General Court did not err in law in holding that sufficient reasons were stated for the contested decision.”

Therefore, the Court of Justice also rejected the second plea and proceeded to dismiss the appeal in its entirety.

Conclusions: How Different is Altmark from Article 106(2) TFEU?

The 2012 package on State aid for services of general economic interest lays down requirements for the compatibility of State aid that very much resemble the four Altmark criteria. Especially in the EU Framework on public service compensation even the fourth Altmark criterion is partially replicated by the requirement that Member States comply with public procurement rules [which in most cases means competitive selection of providers of SGEI] and that they impose efficiency conditions on SGEI providers.

It is not surprising, therefore, that there is a widespread impression that there is some coincidence between Altmark and the conditions of compliance with Article 106(2) TFEU which are interpreted and elaborated in the 2012 SGEI package.

For this reason, it is a pity that the Court of Justice has missed yet again an opportunity to clarify the connection between Altmark and Article 106(2) TFEU in terms of effects rather than form and explain that the only obligation not imposed by Article 106(2) TFEU is the competitive selection of the SGEI provider.