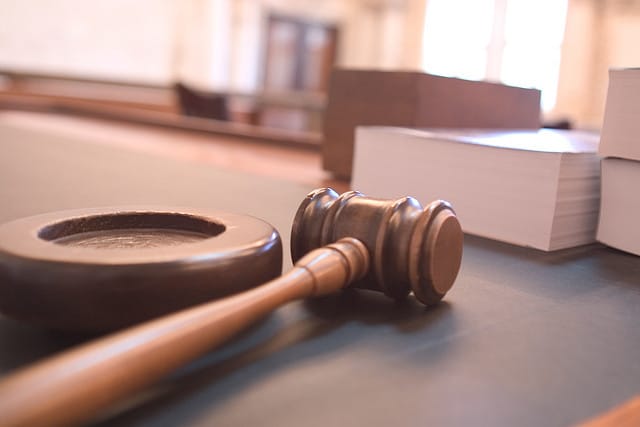 We are happy to welcome back Prof Erika Szyszczak on the State Aid Blog today. She is Professor of Law and Fellow of the UK Trade Policy Observatory at University of Sussex and practising barrister and ADR mediator at Littleton Chambers, Temple, London. Today she shares her views on two cases that shed new light on third party rights to challenge European Commission State aid decisions before the European Courts.

The recent Ferracci  and Montessori judgments of the General Court show that even when aggrieved third parties are able to satisfy the strict standing provisions to challenge European Commission decisions, the European Courts are still reluctant to interfere with the Commission’s powers to implement the State aid provisions.The Treaty of Lisbon 2007 attempted to liberalise the narrow rules of standing for natural and legal persons to challenge acts of the EU Institutions. This aim was implemented by amending Article 263(4) TFEU to allow any natural or legal person to institute proceedings against a regulatory act which is of direct concern to them and does not entail implementing measures. At face value this new wording eases up on the earlier requirement for an applicant to show, the almost impossible, requirement that a regulatory act is of individual concern according to the Plaumann formula.But there is still the requirement to show the applicant is directly concerned by a measure.

Post-Lisbon applicants have not had much success in satisfying this new element of the standing test. In relation to State aid acts, the CJEU has dismissed the application on various grounds. For example, in Mory the Court found that the decision was not an act of general application. In other cases such as Telefonica,  the Court found that implementing measures were required.

However, on 15 September 2016 the General Court handed down two parallel judgments in the Ferracci and Montessori cases where the new admissibility criteria of Article 263(4) TFEU were found to be satisfied.  These cases are part of a trend seen in Commission investigations of investigating the bright line between economic and non-economic activities, especially where mixed, or hybrid activities are taking place. But the appeal against the Commission decision raises new dimensions on the third party standing to challenge problem in EU law and sheds light on the impossibility defence to the recovery of illegal State aid.

The  challenges to the Commission decision of 2012 in Ferracci and Montessori were brought by competitors who had made the earlier complaints concerning Italian provisions granting  tax exemptions, namely an exemption from the municipal tax on real estate and  a  corporate tax reduction to entities that were seen as  non-commercial entities and as such were deemed not to be carrying out economic activities.

The Commission found that certain tax exemptions did not constitute State aid, but in one instance an exemption was found to constitute unlawful State aid where it related to activities involving real estate and the entities were engaged, in part, in economic activities.

However,  the Commission accepted the argument put forward by the authorities that  the Italian tax register was structured in such a way that it would be impossible to identify  retroactively the nature of the activities that were being carried out at the specific location in order  to determine whether the tax exemption should have applied. Thus, the European Commission did not require recovery of the unlawful State aid.

The competitors made challenges to the findings that there was no State aid present and also to the impossibility of recovery defence where illegal State aid had been found.

In finding that Article 263(4) TFEU was satisfied the General Court held: (1) that the Italian measures were applicable to situations determined objectively with legal effects for general categories of undertakings; the Commission decision was of general application and could be classified as a regulatory act; (2) the European Commission’s decision was final and binding upon Italy:  it did not entail any implementing measures; (3) the applicants could  show that they were directly concerned by the contested decision because of their competitive relationships with the undertakings which were the  beneficiaries of the contested tax exemptions.

But, as is often the case, having opened the door to access the Court, the door was quickly slammed shut in dismissing the substantive grounds of appeal.  The GC confirmed that the Commission could make a finding of impossibility of recovery in the final decision where a Member State had explained the reasons for such a conclusion during the formal investigation.

The Court also dismissed the challenges to the findings that there was no State aid. Particular attention is paid to the legal situation of the ecclesiastic exemptions. The GC placed emphasis upon the formal requirement that under Italian law, ecclesiastical institutions could only retain their status if they did not carry out commercial activities.

The rulings in Ferraci and Montessori are instructive of how the door to the European Courts can be edged open in State aid practice, but they unsurprisingly do not offer up any hope that the European Courts will interfere with the role of the European Commission, especially its discretion to determine what is legally possible and practicable when it comes to recovery of State aid. It is also interesting that the Court was not willing to pursue a broad effects-based approach to the impact of the tax exemptions in what was a competitive market, but was willing to go with up-holding a form-based national approach to determining the line between economic and non-economic activities.