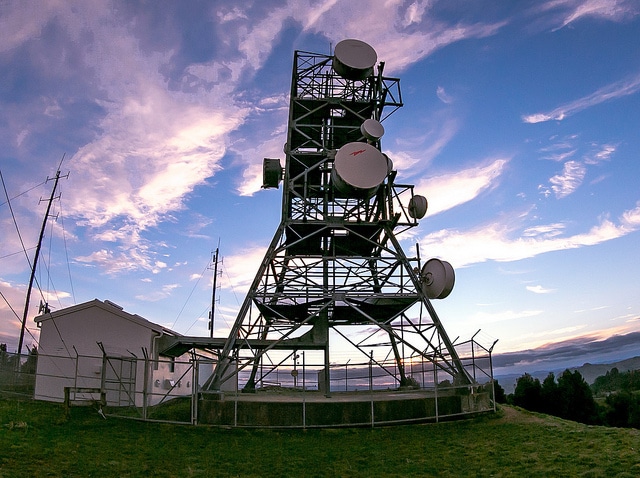 Tax payers have grounds to object to a tax on the basis of Article 107(1) TFEU only when the tax is “asymmetrical” or when it is “hypothecated” to an aid measure.

RTVE, a public broadcaster, benefited from a dual funding scheme: RTVE received revenue from its commercial activities, in particular the sale of advertising space, and payments from the Spanish state as compensation for the fulfilment of its public service obligation [PSO]. The Commission had authorised this system of financing as being compatible with the internal market.

This system was changed in 2009. Advertising, teleshopping, sponsorship and pay-per-view services were no longer sources of funding for RTVE. The only commercial revenue that continued to be available to RTVE was income from provision of services to third parties and from the sale of its own productions. That revenue amounted to approximately EUR 25 million. In order to offset the loss of commercial revenue, a new tax of 1.5% was levied on the revenues of pay-television operators established in Spain [the tax on pay-television operators]. The contribution of that tax to RTVE’s budget was limited to 20% of the total annual support for RTVE. Any surplus tax revenue was paid into the general government budget. However, the compensation for the fulfilment of the public service obligations was maintained. Consequently, if its own resources and the revenue from the new tax were insufficient to cover RTVE’s costs resulting from its PSO, the state made up the shortfall. In essence, RTVE’s dual funding system was transformed into an almost entirely publicly funded scheme.

The obligation to pay a tax that finances an aid measure

In essence, DTS’s appeal was based on the argument that the General Court erred in law because it held that the Commission was correct in not assessing the compatibility of the tax on pay-television operators.

The Court of Justice first noted in paragraphs 46-48 of its judgment that the General Court agreed with the Commission that the amount of the aid for the RTVE did not depend on the amount of the tax imposed on DTS because the amount of the aid was fixed by reference to the net costs of RTVE’s PSO. If the income available to RTVE exceeded the costs of the PSO, the surplus was reallocated to the budget of the state. If that income was insufficient to cover the costs of the PSO, the Spanish government was required to make up the shortfall with a contribution from its general budget.

Then the Court observed that DTS was objecting to the tax that it was obliged to pay on the grounds that the revenue from the tax financed an aid measure and that RTVE was not subject to the same tax. The Court reiterated the fundamental principle in the case law that “53 […] persons liable to pay an obligatory contribution cannot rely on the argument that the exemption enjoyed by other persons constitutes State aid in order to avoid payment of that contribution.”

The Court then turned its attention to another plea raised by DTS, namely that the tax on pay-television operators was an asymmetrical tax constituting an aid within the meaning of the Laboratoires Boiron judgment [C‑526/04]. In that judgment, the Court of Justice concluded that a tax imposed on pharmaceutical producers but not pharmaceutical wholesalers was in fact State aid in favour of the latter.

The Court of Justice began its analysis by recalling that “65 […] taxes do not fall within the scope of the provisions of the Treaty relating to State aid unless they constitute the method of financing an aid measure, so that they form an integral part of that measure”. It then added that “66 an aid, in the strict sense, may not substantially affect trade between Member States and thus be deemed admissible, but could have its disruptive effect exacerbated by a method of financing that would make the whole incompatible with the internal market. Furthermore, where a tax specifically intended to finance aid proves to be contrary to other provisions of the Treaty, the Commission cannot declare the aid scheme of which the charge forms part to be compatible with the internal market”.

The first part of paragraph 66 quoted above says that the distortion of competition that is unavoidably caused by any aid measure [otherwise, the measure would not constitute State aid] becomes excessive and thus cannot be considered to be compatible with the internal market when the aid is linked to a tax that infringes other provisions of the Treaty. Indeed, if a tax infringes other provisions of the Treaty, it is very likely that the tax discriminates in some form against foreign products. This discriminatory effect would exacerbate or compound the distortion of competition caused by the aid itself.

An aid measure cannot be considered separately from the tax that finances the aid when the tax is an integral part of the aid. “68 in order for a tax to be regarded as forming an integral part of an aid measure, it must be hypothecated to the aid … in the sense that the revenue from the tax is necessarily allocated to the financing of the aid and has a direct impact on the amount of the aid and, consequently, on the assessment of the compatibility of that aid with the internal market”.

The Court of Justice, in paragraphs 69-70, concurred with the General Court that the amount of aid that was granted to RTVE did not depend solely on the revenue from the tax in question. This is because the amount of aid was determined on the basis of the net costs of the PSO that was assigned to RTVE. In addition, if the tax revenue exceeded what was needed by the RTVE, the excess was transferred to the Spanish treasury. On the other hand, if the revenue was insufficient, the Spanish state made up the difference with contributions from its budget.

Then the Court went on to examine the applicability of the judgment in the Laboratoires Boiron case. “75 […] in the case of asymmetrical tax liability, that is where only one of two categories of competing traders is liable to pay a tax, traders liable to pay the tax may plead the illegality of it. In such a case, the aid derives from the fact that another category of economic operators with which the category liable to pay the tax is in direct competition is not liable for that charge. The aid measure is therefore the tax itself, that tax and the aid constituting two elements of one and the same fiscal measure which are inseparable. That situation is thus not comparable to that of any exemption from a tax of general application from which that tax may be distinguished”. On the basis of this explanation, the Court of Justice concluded that “76 […] the tax on pay-television operators for which DTS is liable is not comparable to the asymmetrical tax at issue in the case which gave rise to the Laboratoires Boiron judgment.”

“81 […] the question whether a tax is an integral part of an aid financed by a tax depends not on the existence of a competitive relationship between the person liable to pay the tax and the beneficiary of the aid, but only on whether that tax is hypothecated to the aid in question under the relevant national legislation”. “82 […] a tax cannot be hypothecated to an exemption from payment of that same tax for a category of undertakings […] Thus, those liable to pay a charge cannot rely on the argument that the exemption enjoyed by other undertakings constitutes State aid in order to avoid payment of that charge or to obtain reimbursement thereof”.

In addition, “83 […] taxes are not, in principle, subject to the rules on State aid. … [Otherwise] any tax levied at sectoral level and imposed on undertakings in competition with the beneficiary of the aid financed by the tax must be examined under Articles 107 and 108 TFEU.”

There is no doubt that hypothecation does not exist in this case. The amount of aid received by RTVE is not determined by the amount of tax paid by DTS and other pay tv providers. But is the tax asymmetrical as defined in the Laboratoires Boiron and Ferring cases?

It seems to me that any tax is asymmetrical when it is levied on some but not all companies that directly compete with each other. The reasoning in the Laboratoires Boiron case was based on the judgment in the very similar case C-53/00, Ferring. In both of those cases, a tax on direct sales by pharmaceutical companies was intended to level the field of competition that had been tilted against wholesalers of pharmaceutical products because they were operating under a public service obligation which raised their costs. Hence the tax was a remedy to a distortion caused by another public measure. In this sense, it can be argued that the levy on pay tv in Spain aims to undo the harm caused to RTVE by the PSO. But in fact the impact of the tax is more complicated. The tax can also generate excess revenue which is not allocated to RTVE but goes into the coffers of the Spanish government. In addition, RTVE can also receive money directly from the state. It is very difficult to establish the equivalence between the tax and the burden of the PSO. Hence, the Court of Justice is right not to find that the tax is asymmetric.

More broadly, however, the Court is not right to assert that a tax exception is different from not being subject to a tax. They amount to the same thing. The issue that gave rise to the Laboratoires Boiron and Ferring cases was the claim of the plaintiffs that they did not have to pay the tax because the tax was linked to the aid and the aid was illegal. This is also the reason why the Court of Justice examined whether the tax on pay tv was hypothecated to the aid measure. Hypothecation presents an escape route for companies that object to a tax. But there is no doubt that RTVE obtains an advantage from not being taxed. The difference is that the total advantage is not equal to the tax exception. This is what matters.