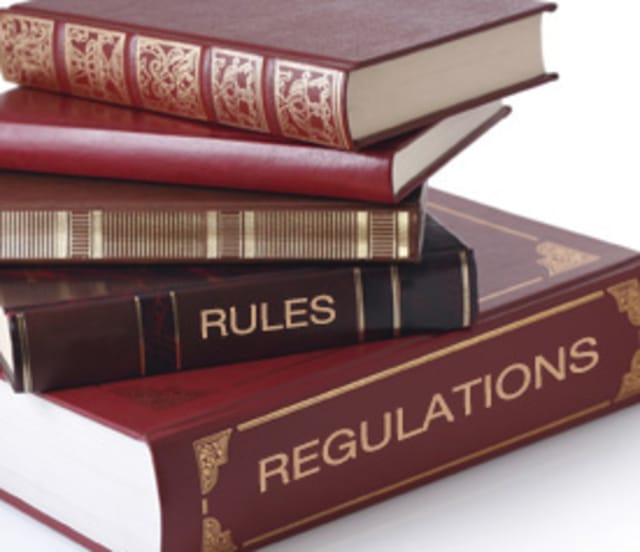 Member States must publish the aid measures they adopt on the basis of the GBER. Failure to publish prevents them from being exempted from notification and renders any aid illegal.

On 21 July 2016, the Court of Justice delivered a judgment in response to a request for a preliminary ruling in case C-493/14, Dilly’s Wellnesshotel v Finanzamt Linz.[1] An Austrian court asked for guidance on how to assess the legality of an aid measure that had been adopted on the basis of the previous General Block Exemption Regulation – Regulation 800/2008. Although the judgment concerned a regulation that is no longer in force, it raises important questions on the obligations of Member States that may arise from the current GBER – Regulation 651/2014.

Dilly’s Wellnesshotel applied for aid, in the form of energy tax rebates, that it believed it was entitled to under an Austrian aid measure that had been implemented supposedly in compliance with Regulation 800/2008. Because its application was refused, it initiated proceedings before a national court.

The referring Austrian court had doubts as to the conformity of the Austrian measure with Regulation 800/2008 because:

“(26) First, the national legislation contains no reference to Regulation No 800/2008, or the publication reference in the Official Journal of the European Union. Secondly, although Article 9(1) of that regulation provides that a summary of the information regarding the aid measure at issue is to be forwarded to the Commission within 20 working days ‘following the entry into force of an aid scheme’, in the present case the summary was forwarded out of time. Thirdly, the referring court points out that the text of the aid scheme at issue was not published on the Internet in accordance with Article 9(2) of Regulation No 800/2008, since the Internet address notified to the Commission did not — and still does not — enable access to the text concerned.”

The Austrian government explained that the omission was later corrected with proper publication of the relevant information while the necessary summary sheet was sent to the Commission under Regulation 651/2014.

The response of the Court of Justice was that the ex post remedy “(44) […] cannot, in any event, compensate for the failure to refer to Regulation No 800/2008 in the national legislation at issue in the main proceedings for the period concerned.”

The Court had no difficulty concluding that the Austrian measure in question could not benefit from the exemption from notification provided by Regulation 800/2008. In other words, because of what appeared to be a formality, the aid that was granted by that measure was illegal and therefore actionable before national courts.

The current GBER does not lay down the same obligations as the previous GBER. Article 3 of Regulation 651/2014 states the following:

By contrast, Article 3 of Regulation 800/2008 contained the additional requirement for inclusion in aid measures of references to that Regulation and the Official Journal:

Does this mean that Member States need not bother to refer to Regulation 651/2014? I think this would be the wrong conclusion for the following three reasons.

First, the Court of Justice observed in its judgment that:

“(50) […] an express reference to Regulation No 800/2008 in a given aid measure enables the recipients, and their competitors, to understand the reasons why that measure may be implemented even though it was not notified to the Commission or authorised by it. Such a reference thereby enables not only the Commission to review, but also third parties to be informed of, the proposed aid measures, so that they may exercise their procedural rights.”

It is a well-established principle in the case law that aid beneficiaries should know whether the aid they receive is legally granted or not. If the aid is not granted in full compliance with the relevant rules, it will be illegal and therefore the beneficiaries will have to pay interest over the amount they receive, even if later on the Commission declares the aid to be compatible with the internal market. The interest that has to be paid covers the whole period of illegality which is the period from the date of the granting of the aid until the date the Commission finds it to be compatible.

Moreover, a broader principle of EU law is that Member States may not, through their actions, deprive EU rules from their effectiveness. Since Article 108(3) TFEU, which requires notification of all aid, is intended to protect individual rights [and above all, the rights of competitors] and enable the Commission to exercise its powers of control of State aid, Member States whose aid measures do not contain references to the GBER weaken the effectiveness of Article 108(3).

The second reason is that the current GBER contains a number of provisions that in essence are similar to Article 3 of the previous GBER. In particular, Article 9 of Regulation 651/2014 requires that:

1. The Member State concerned shall ensure the publication on a comprehensive State aid website, at national or regional level of:

(a) the summary information referred to in Article 11 in the standardised format laid down in Annex II or a link providing access to it;

(b) the full text of each aid measure, as referred to in Article 11 or a link providing access to the full text;”

“Article 11: Reporting Member States […] shall transmit to the Commission:

(a) via the Commission’s electronic notification system, the summary information about each aid measure exempted under this Regulation in the standardised format laid down in Annex II, together with a link providing access to the full text of the aid measure, including its amendments, within 20 working days following its entry into force;”

Annex II includes the form that has to be filled by Member States. The form mentions, among other things, the registry number given to the measure by the Commission [i.e. SA.xxxxx] and the relevant articles of Regulation 651/2014.

In other words, both aid recipients and competitors will know the legal basis of the aid measure.

The third reason is that it is good administrative practice that aid measures are transparent. Member States should explicitly tell aid beneficiaries the GBER provisions on the basis of which the aid is granted. Not only will there be more transparency and the recipients will also be in a position to check that the granting authority did not make any mistake, but ultimately, in the case of error, they will not be able to argue afterwards that they thought the aid was granted correctly and refuse to return it. They will share part of the responsibility.

1. This Regulation shall apply to individual aid granted before its entry into force, if the aid fulfils all the conditions laid down in this Regulation, with the exception of Article 9.”

Article 58 appears to provide a “get-out-of-jail-free” card. This is only partly true. Any aid granted before the current GBER came into force becomes legal only from the date the Commission is informed about it. The Court of Justice in the Dilly’s Wellnesshotel case also mentioned Austria’s failure to inform the Commission within 20 days of implementing the aid measure.

Therefore, the conclusion that can be inferred is that illegal measures which in principle comply with the provisions of the GBER can be turned into legal as of the date when the Commission is informed, but, given the Court’s views in paragraph 44 of its judgment, the illegality that existed before the Commission is informed cannot be eliminated ex post. Illegal aid remains illegal despite any corrective action that may be taken later on.

* I am grateful to Stephen Moore for comments and useful discussion on the implications of the judgment.

Visit our Youtube channel and listen to Alexander Rose talking about “What is GBER and how to use it?“: