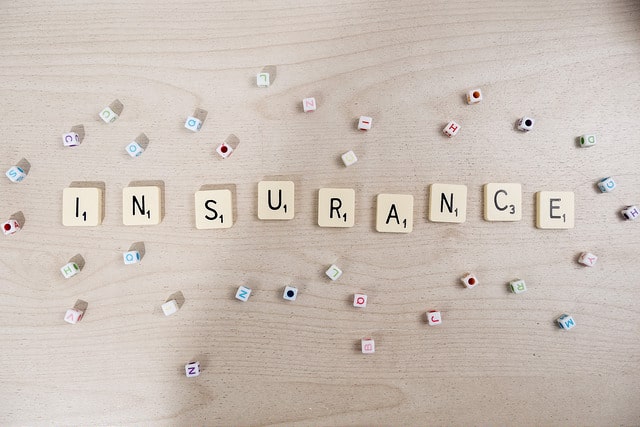 Entities that pursue profit must be classified as undertakings.

Introduction
On 5 February 2018, the General Court annulled Commission decision 2015/248 concerning health insurance in Slovakia [see judgment in case T‑216/15, Dôvera zdravotná poist’ovňa et al v European Commission].[1] The Commission decision was reviewed here on 10 March 2015.(View article at http://stateaidhub.eu/blogs/stateaiduncovered/post/1707.)The Commission had concluded that the providers of health insurance in Slovakia were not undertakings even though two of them were private companies.All health insurers, public and private, provided coverage for compulsory health insurance to Slovak residents. All eligible residents were free to choose between the three insurers: SZP [public], DZP [the applicant] and UIC [another private company]. Slovakia also operated a risk-equalisation scheme for sharing risk and therefore medical costs across all insurers.DZP claimed that SZP benefited from State aid. The Commission, however, considered, that public funding did not constitute State aid because the compulsory health insurance, as organised and carried out in Slovakia, was not an economic activity and, therefore, SZP could not be classified as an undertaking.

The primary task of the General Court was to determine whether an economic activity was carried out. It recalled, first, the definition of the concept of State aid and proceeded to examine whether the health insurance system in Slovakia involved market elements so that SZP could be regarded as an undertaking.

Then, it reiterated the main principles of the case law. “(46) The prohibition laid down in Article 107(1) TFEU applies to the activities of undertakings […]. In the context of EU competition law, any entity engaging in an economic activity, regardless of its legal status and the way in which it is financed, is an undertaking”. “(47) Any activity consisting in offering goods or services on a given market is an economic activity”. “(48) The fact that the offer of goods or services is made without profit motive does not prevent the entity which carries out those operations on the market from being considered an undertaking where that offer exists in competition with that of other operators which do seek to make a profit”.

After these preliminary statements, the Court proceeded to examine the presence of market activities in the areas of social security and health insurance. “(49) It must more specifically be noted that, in the field of social security, the Court of Justice has held that certain bodies entrusted with the management of statutory health insurance and old-age insurance schemes pursued an exclusively social objective and did not engage in economic activity. The Court of Justice found that was so in the case of sickness funds which merely applied the law and could not influence the amount of the contributions, the use of assets and the fixing of the level of benefits. Their activity, based on the principle of national solidarity, was entirely non-profit-making and the benefits paid were statutory benefits bearing no relation to the amount of the contributions”.

“(50) However, the Court has held that non-profit-making organisations, contributing to the management of the social security system and subject to the solidarity principle, could be considered to be carrying out an economic activity”.

“(51) It is therefore clear from the case-law that the social aim of a health insurance scheme is not in itself sufficient to exclude classification as an economic activity. It must also be examined whether that scheme can be regarded as applying the principle of solidarity and is subject to the supervision of the State which established it. Those factors are liable to preclude a given activity from being regarded as economic”.

“(52) For the purposes of that assessment, first, it must be noted that characteristics of social security schemes applying the principle of solidarity include, inter alia, an obligation on health insurance bodies to be affiliated with the scheme, a lack of any direct link between contributions paid and benefits received, compulsory and identical benefits for all insured persons, contributions proportional to the income of insured persons and application of the pay-as-you-go principle”.

A comment is in order at this point. Casual observation suggests that in practice insurance companies operate on the basis of three different models. According to the first model, on the input side they charge a premium that is linked to the individual risk of the insured person while on the output side the premium varies according to the benefits provided. According to the second model, on the input side they charge the same premium to all insured persons but on the output side they adjust the premium according to the benefits provided to each person. According to the third model, on the input side they charge the same premium while on the output side they provide the same benefits to everybody, regardless of the size of the premium and the size of benefits. The first two models can be sustained by the market. The third model cannot be sustained by the market, even if the insurer is not-for-profit. A non-profit insurer still has to charge a premium that is high enough to cover all its costs. But that implies that healthy people subsidise people in poor health. Healthy people would simply choose a cheaper insurer. Therefore, if both premia and benefits are fixed, either insurance must be compulsory or it must be paid by taxpayers. In either case there must be a solidarity mechanism based on some form of compulsion. Not surprisingly, the General Court continued its assessment of the case by asking whether there was such solidarity and compulsion mechanisms in place.

Is the service based on solidarity?

“(55) It should be noted that the Commission found, in essence, in recitals 84 to 88 of the contested decision, that the Slovak compulsory health insurance scheme had significant social, solidarity and regulatory characteristics.”

“(56) The health insurance companies have a legal obligation to register every Slovak resident who so requests. Thus, they cannot refuse to insure a person on the grounds of his age, state of health or risk of illness. Next, the health insurance scheme is based on a system of compulsory contributions, which are fixed by law in proportion to the income of the insured persons, but independently of the benefits received or of the risk resulting from, inter alia, the age or state of health of the insured person. Furthermore, all insured persons have the right to the same minimum level of benefits. Finally, there is a Risk Equalisation Scheme, whereby health insurance bodies insuring high-risk individuals receive funding from health insurance bodies with a portfolio composed of persons presenting lower risks.”

“(58) In the light of those various factors, it is necessary to uphold the Commission’s conclusion that, in essence, the Slovak compulsory health insurance scheme had predominant social, solidarity and regulatory features. Moreover, that finding is not challenged by the applicant.”

But is there competition too?

“(59) However, it should also be noted that, as is apparent from recitals 92 and 94 of the contested decision, the law allows health insurance companies, first, to make, use and distribute profits and, second, to compete to a certain degree in terms of quality and services offered.”

“(63) It must be held that the health insurance companies’ ability to make, use and distribute part of their profits does call into question the non-economic nature of their activity, contrary to what the Commission found in recital 94 of the contested decision.”

“(64) Indeed, the Commission rightly states that the ability to use and distribute profits is regulated more strictly than in normal commercial sectors, since that power is, in the present case, subject to the fulfilment of requirements intended to ensure the continuity of the scheme and the attainment of the social and solidarity objectives underpinning it. However, that becomes irrelevant for the purposes of excluding the economic nature of the activity, once the market operators in question seek to make a profit. In any event, the fact that Slovak health insurance companies are freely able to seek and make a profit shows that, regardless of the performance of their public health insurance task and of State supervision, they are pursuing financial gains and, consequently, their activities in the sector fall within the economic sphere. Therefore, the strict conditions framing the subsequent use and distribution of profits which may result from those activities does not call into question the economic nature of such activities.”

“(65) It must be held that the existence of a certain amount of competition as to the quality and scope of services provided by the various bodies within the Slovak compulsory health insurance scheme also has a bearing on the economic nature of the activity, contrary to what the Commission found, in essence, in recitals 92 and 93 of the contested decision.”

“(66) While […] health insurance bodies may not freely set the amount of the contributions or formally compete via their tariffs, the legislature did nevertheless introduce an element of competition as to quality, as the companies may freely supplement the compulsory statutory services with related free services, such as better coverage for certain complementary and preventive treatments in the context of the basic compulsory services or an enhanced assistance service for insured persons. They may therefore differentiate themselves in terms of quality and scope of services in order to attract insured persons, who, by law, are free to choose their health insurance company and switch company once a year. The latitude available to health insurance bodies to compete thus enables insured persons to benefit from better social protection for an equal contribution amount, as the additional services offered are free of charge. As the applicant points out, although Slovak health insurance companies are obliged to offer the same statutory benefits, they compete through the ‘value for money’ of the cover they offer and, therefore, on the quality and efficiency of the purchasing process, as the Commission itself acknowledges in recital 93 of the contested decision.”

“(68) It follows that, in view of the profit pursued by health insurance companies and the existence of intense competition as to quality and the services offered, the activity of providing compulsory health insurance in Slovakia is economic in nature.”

“(69) That conclusion cannot be undermined, even if it were to be argued that SZP … were not seeking to make a profit. Admittedly, where the bodies whose activity is examined do not have such a goal, but have a degree of freedom to compete to a certain extent in order to attract persons seeking insurance, that competition does not automatically call into question the non-economic nature of their activity, particularly where that element of competition was introduced in order to encourage the sickness funds to operate in accordance with principles of sound management […]. However, […] the fact that the offer of goods or services is made without seeking to make a profit does not prevent the entity which carries out those operations on the market from being regarded as an undertaking, provided that the offer exists in competition with that of other operators that are seeking to make a profit. It follows that it is not the mere fact of being in a position of competition on a given market which determines the economic nature of an activity, but rather the presence on that market of operators seeking to make a profit. That is the situation in the present case, since it is common ground between the parties that the other operators on the market in question are seeking to make a profit, so that SZP […], ‘by contagion’, would have to be considered to be undertakings.” [Emphasis added]

The General Court found that the Commission had committed an error of assessment when it concluded that SZP could not be considered as an undertaking on the grounds that the activity carried out by health insurers in the Slovak compulsory health insurance scheme was not economic in nature. Consequently, the Court annulled the decision of the Commission.