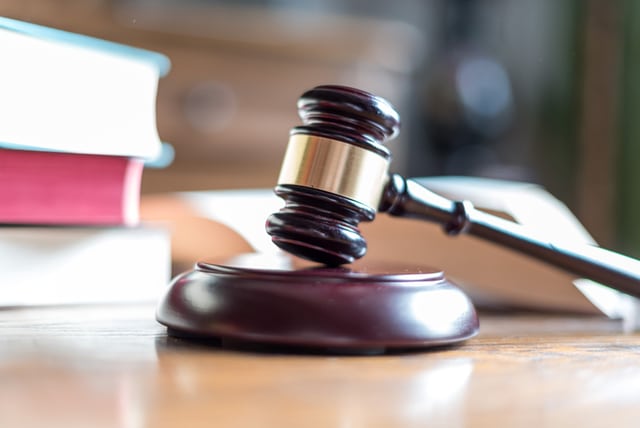 Private enforcement has increased, but damages for illegal granting of State aid have been successfully claimed in just one case.

Introduction
According to the annual competition report that was published in July, Member States use the GBER to implement 96% of their new aid measures.[1] This impressive outcome should be seen in conjunction with the recent rulings of the Court of Justice in the Eesti Pagar and BMW cases that any measure not fully in conformity with the GBER is automatically illegal. Given that the GBER is used by many public authorities at different levels of government, whose competence and understanding of the GBER are likely to vary, the probability of administrative error is not negligible. Indeed, unofficial data from DG Competition’s ex post monitoring indicate that “irregularities” do crop up in a significant proportion of aid measures.The explanatory paper that accompanied the 2018 State aid Scoreboard of DG Competition reported [p. 9] that there were about 3330 active aid measures in the EU.[2] Given the large number of aid measures that are not subject to prior approval by the Commission, the role of national courts as guardians of the integrity of the system of State aid control has de facto become more important. Competitors can petition national courts to stop illegal aid.DG Competition has recently published a “Study on the enforcement of State aid rules and decisions by national courts.”[3] The Study was prepared by a consortium of academic and consultancy organisations.National courts are involved in the enforcement of State aid rules in largely two instances: recovery of incompatible State aid and preventing aid from being granted illegally, i.e. without prior notification to and authorisation by the Commission. In practice, illegal aid is granted either intentionally outside the scope of the GBER or unintentionally on terms that, mistakenly, fall short of full compliance with all of the requirements of the GBER. Recent case law has made it abundantly clear that national courts are empowered to examine whether national authorities implement correctly block exemption regulations.The Study divides the role of national courts into two parts: public enforcement and private enforcement.Public enforcement here means implementation of Commission recovery decisions. In this connection, the Study identifies the following functions of national courts:

Following the Eesti Pagar judgment, I would add a third category: public enforcement on the initiative of a Member State, i.e. without a prior Commission decision ordering recovery. The Court of Justice ruled, in the Eesti Pagar case, that public authorities must correct their mistakes. This may require recovery of aid granted without being in full compliance with the GBER. This instance of recovery is subject to the national limitation period [that need not be the same as the 10-year period that applies to Commission’s actions] and to a different rate of interest [not the rate used by the Commission, which is equal to the base rate plus 1%]. [To be fair, the Study does cite the Eesti Pagar judgment but includes this third category of cases in the overall category of public enforcement, despite the fact that the origin of the recovery order is national and some of the criteria also differ from those used at EU level].

Between 2007 and 2018, there were 766 rulings by national courts dealing with State aid in the 28 Member States of the EU. In that period, there were 172 cases of public enforcement or about 14 cases per year. Italy, France and Spain accounted for close to 60% of all cases. The most frequently challenged types of aid were tax exemptions [33%] and grants [28%].

The main difficulties encountered by national courts in enforcing recovery decisions were found to be the following:

In the same period, there were 594 private enforcement cases, or about 50 cases per year. That is, on average, private enforcement outnumbered public enforcement by 3 to 1. France, the Netherlands and Germany were the countries with the highest number of cases, accounting for 43% of the total.

The Study found a significant increase in private enforcement between 2007 and 2018, although the number of State aid cases brought before national courts varied significantly across Member States. Unlike public enforcement, cases involving grants and tax breaks accounted only for 24% and 18%, respectively. The most challenged type of aid was “other” [42%] which, unfortunately, does not really reveal anything.

Most private action was initiated by competitors of aid recipients [36%]. However, the Study found that aid recipients also accounted for about 14% of all cases. Their main motive was to seek compensation for damages caused by mistakes of public authorities. Overall, public authorities were the defendants in 60% of all cases. That is, either competitors were trying to stop public measures allegedly containing State aid or both competitors and aid beneficiaries were demanding compensation for the mistakes of granting authorities. In this connection, the Study makes an interesting comment. “In view of the recent CJEU ruling in Eesti Pagar, it is doubtful that damages claims started by the aid beneficiary due to the breach of the principle of legitimate expectations will be successful in the future.”

The successful cases involving award of compensation for damages were very few [just 6 and only in France] and concerned compensation sought by competitors for breach of the standstill obligation. The Study found that competitors encountered a significant difficulty in proving that the aid actually harmed them and in quantifying the extent of the harm.

The Study sought to identify “best practices” which were defined as “those practices that ensure an effective resolution of the issue at hand and which get closest achieving the aims of public enforcement of State aid rules”. In legal proceedings, best practices were those that resulted in speedy resolution and full restoration of the status quo ante. But the Study went beyond the confines of legal proceedings and also examined institutional aspects of compliance with and enforcement of State aid rules.

An interesting finding is that only a few Member States have specific legislation in place dealing with recovery decisions. They are Belgium, Croatia, Finland, Italy, the Netherlands, Slovakia, and Spain, with Estonia being in the process of adopting such legislation.

The Study also noted that in some Member States [e.g. Belgium, UK], the granting authorities included recovery clauses in the aid agreements in order to facilitate any subsequent action for recovery of that aid.

At least three conclusions may be drawn from the Study. First, private enforcement has become more prevalent. This strengthens the system of State aid control.

Second, however, action before national courts does not appear to be effective. National courts are supposed to be the “friends” of competitors who are harmed by the failure of Member States to comply with the obligation imposed on them by Article 108(3) TFEU. Yet, in practice two thirds of cases were unsuccessful. Of course, we do not know how serious those cases were or whether they were based on frivolous claims which were lodged for the mere purpose of harassing aid recipients or intimidating granting authorities [I have been told that sometimes companies threaten or initiate legal action when they are not happy with the objectives or terms of State aid measures, despite the fact that these measures are fully compliant with the GBER.] National courts order recovery or suspension of aid and award damages in only 10% of all cases.

Third, the Treaty assigns to national courts an important role in the system of State aid control and the Commission has put much faith in their ability to prevent the granting of illegal aid. But the reality is that national courts become involved only after an administrative mistake or intentional non-compliance has occurred. It is probably better to prevent mistakes and non-compliance. The Study has revealed that only a minority of Member States have adopted what may be thought as good practices. Perhaps the Commission should focus more in strengthening the national institutions and procedures that assess the need for State aid and dispense it. This is a win-win approach.

[1] The annual competition report can be accessed at:

[3] The full text of the Study can be accessed at: