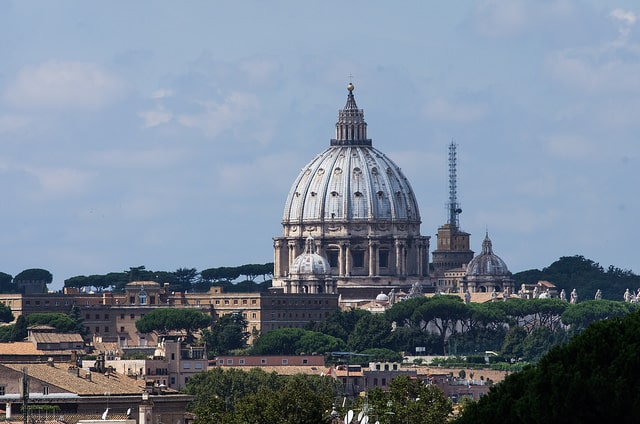 Purely religious activities and education funded by the state are not economic in nature.

Read the I. part of the article, here.

The Court proceeded to examine the possible existence of a selective economic advantage. It first recalled, in paragraph 65, that the concept of State aid covers only those public measures which favour certain undertakings “or” which are regarded as an economic advantage that the recipient undertaking would not have obtained under normal market conditions. The Court used the conjunctive “or” instead of the conjoint “and”. This is surely not right. Selectivity and advantage are two distinct concepts in Article 107(1).

The Court found that the property tax in question was “(68) a tax that is normally payable by all taxpayers who carry out the construction or renovation works to which that tax applies and that the exemption at issue in the main proceedings would have the effect of mitigating the charges that are included in the Congregación’s budget. Consequently, a tax exemption of that nature would confer an economic advantage on the Congregación.”

The Court then considered whether the tax exemption was selective. It first noted that “(69) the Holy See, the Bishops’ Conference, dioceses, parishes and other territorial units, religious orders and congregations and institutes for certain Catholic communities and their provinces and houses are entitled to full and permanent exemption from ICIO.” “(70) Accordingly, it would appear that that order is not a general measure applicable without distinction to all economic operators but is rather a measure that is prima facie selective.”

“(71) Nevertheless, according to settled case-law of the Court, ‘State aid’ does not cover State measures which differentiate between undertakings – and which are, therefore, prima facie selective – where that differentiation arises from the nature or overall structure of the system of which they are part, which it is for the Member State concerned to demonstrate”.

“(72) In the present case, however, there is nothing in the documents before the Court which suggests that the tax exemption […] derives directly from the founding or guiding principles of the Kingdom of Spain’s tax system or that it is necessary for the functioning and efficiency of that system.”

Accordingly, the Court concluded that the tax exemption was likely to confer a selective economic advantage.

State aid is funded directly or indirectly by state resources. In addition, the decision to grant aid must be attributable to an act of the state.

“(75) As regards, in the first place, the condition that the measure be attributable to the State, it is sufficient to note that the tax exemption […] derives directly from the order […] which was adopted by the Ministry of Finance of the Spanish State”.

“(76) Concerning, in the second place, the condition that the advantage be conferred directly or indirectly through State resources, it is not disputed that the corollary of the exemption […] which entails the removal of a charge which would ordinarily be borne by the Congregación, is a corresponding reduction in the revenue of the Municipality.”

Therefore, the Court concluded that there was transfer of state resources.

“(80) With regard to the condition concerning distortion of competition, the point should be made that, in principle, aid intended to release an undertaking from costs which it would normally have to bear in its day-to-day management or normal activities distorts the conditions of competition”.

This kind of statement is normally made in connection with the compatibility of aid. Operating aid is in principle prohibited because it distorts competition without being able to contribute towards achieving any of the objectives defined in Article 107(2) and (3). The Court of Justice should have added at this point that the distortion is caused by the fact that aid is granted only to some of the competing undertakings, not just because it releases undertakings from their normal costs. Release from normal costs is the advantage that is granted through aid. If aid were granted to all competitors, then there would be no distortion, even if an advantage was conferred. This clarification is normally made by EU courts when they explain that when aid affects trade, it follows that competitors in other Member States do not obtain the same advantage as the recipients of the aid in question.

The Court went on to observe that “(81) it is possible that the [tax] exemption […] might make the [aided] educational services […] more attractive by comparison with the services provided by establishments that are also active on the same market.” But again this is not enough because the distortion in competition may be purely local. Affectation of trade normally leads to the conclusion that competition is distorted, but distortion of competition need not lead to the conclusion that trade is affected.

However, the Court referred to the de minimis regulation that was applicable at the time of the tax dispute and directed the national court to examine whether the aid remained below the de minimis threshold of EUR 200,000. In particular, it cautioned the national court to bear in mind “(83) that, for the purposes of the necessary calculation, only the advantages that the Congregación has obtained in respect of any economic activities it may carry on can be taken into account, since non-economic activities have to be excluded from that calculation, as indicated in paragraphs 41 to 63 of the present judgment.” If the national court had any difficulty calculating the amount of aid it could ask the Commission for advice.

Member States are obliged under Article 108(3) to notify to the Commission all new aid. Non-notified aid is automatically illegal. However, the obligation of notification applies only to new aid, not to existing aid. Existing aid is aid that is granted before a country becomes a member of the EU or that has already been approved by the Commission. In addition, a measure that is adopted before accession to the EU and provides for the granting of the same amount of aid, say on an annual basis, but is subsequently modified, would also be considered as a new aid measure.

Indeed, the Spanish Government argued that the measure in question was adopted 1979, i.e. before its accession to the EU in 1986.

The Court, however, noted that “(88) whilst it is true that […] the Agreement of 3 January 1979, which provides that the Spanish Catholic Church is to be generally exempted from property taxes, dates from before the Kingdom of Spain’s accession to the European Union, the fact remains that [the property tax] was introduced into Spanish legislation only after that accession and the tax exemption at issue in the main proceedings came into being as a result of the order of 5 June 2001.” This implied that if any aid had been granted to the Congregación, it had to be considered as new aid for the purposes of Article 108(3) TFEU.

It follows that it is not enough for Member States to claim that a particular aid measure is adopted on the basis of an earlier and more general act. The date of the adoption of the general act may or may not be relevant. What matters decisively is the date of the specific measure that gives effect to the aid.

On the basis of the above reasoning the Court of Justice concluded that “(90) a tax exemption … to which a congregation belonging to the Catholic Church is entitled in respect of works on a building intended to be used for activities that do not have a strictly religious purpose, may fall under the prohibition in Article 107(1) TFEU if, and to the extent to which, those activities are economic, a matter which it is for the referring court to determine.”

Since, if there is aid in this case, the aid will have to be classified as new, a consequence of a finding of aid will also mean that the national court will have to suspend the tax exemption immediately. Given the fact that the aid was linked to building renovations, when it is notified to the Commission, it may be considered as investment aid and declared to be compatible with the internal market.

This is an important judgment which demonstrates the broad reach of Article 107(1) TFEU. Even the activities of the Church fall within its scope as long as they are economic in nature.

However, the focus of the Court of Justice on the source of the funding is likely to puzzle Member States and State aid professionals. Why 100% state funding is not State aid, but partial funding can be State aid? The answer is not to be found in the source of funding but in the purpose of the funding. If it is granted so as to enable the provider of the subsidised service to offer it to all those who need it or deserve it, it is not economic. If, on the other hand, it is granted so as to assist the provider to cover its costs and charge a price that only those who can afford it can pay it, it is economic. Despite the fact that the concept of State aid is objective [i.e. determined on the basis of its effects rather than intentions], when it comes to distinguishing between economic and non-economic activities, intentions do matter.