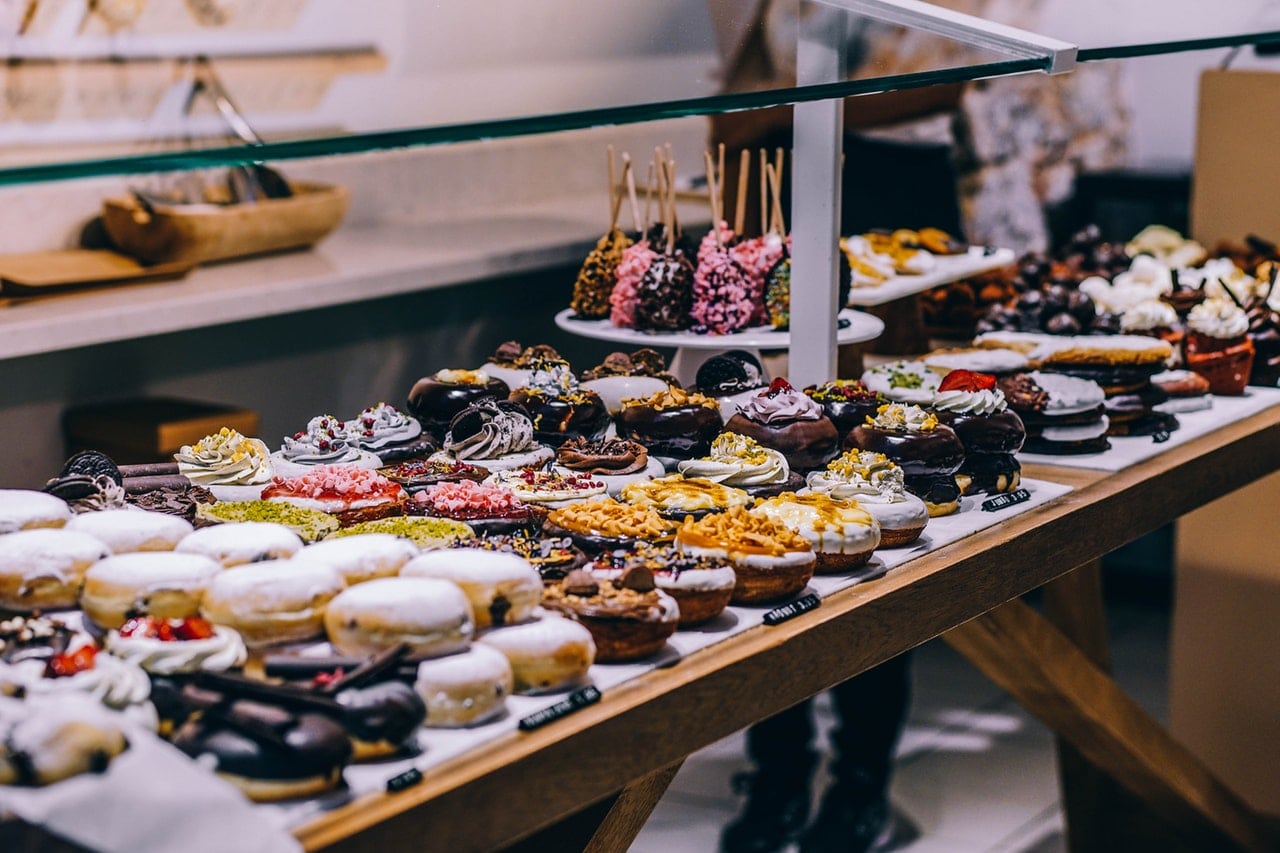 Introduction
In the past two weeks, an article was published in two parts criticising the judgments of the Court of Justice in three cases of environmental taxes in Spain for not demanding a rigorous standard of proof for the justification of exemptions from such taxes.This article reviews a meticulous Commission decision on exemptions from an Irish tax on sweetened drinks (decision SA.45862).[1] This decision stands out for the thoroughness of its assessment and the rigour of the justification by the Irish authorities of the reasons for the exemptions. Nothing prevented the Court of Justice from demanding the same rigour and depth of analysis.BackgroundIreland has introduced a tax on sugar sweetened drinks (SSD). This tax is levied on the suppliers of SSD with a sugar content between 5 and 8 grams per 100 ml at a rate of 20c per litre. A higher rate of 30c per litre applies to SSD with a sugar content exceeding 8 grams per 100 ml.

The aim of the SSD tax is to target water based and juice based beverages with added sugar above 5 grams per 100ml. However, the following are exempted from the tax:

In its decision, the Commission paid particular attention to two issues: the existence of an advantage and whether the exemptions were selective. Given the broad scope of the tax and of the exemptions, there was no doubt that state resources were involved [forgone tax] and hardly any doubt that trade was affected and competition was distorted.

With respect to whether the tax exemptions conferred an advantage in the meaning of Article 107(1), the Commission noted that “(17) relief from economic burdens (such as taxes) can […] constitute an advantage. […] This covers all situations in which economic operators are relieved of the inherent costs of their economic activities. This covers in particular situations where some operators do not have to bear costs that other comparable operators normally have to bear in a given legal order.”

“(18) In that regard, the fact that certain products are not subject to the SSD tax (e.g. beverages with no added sugar, dairy-based drinks, etc.) may involve an advantage for their producers. This means that these products and their producers, which are undertakings providing goods (products for human consumption) on the market, may benefit from an economic advantage in the form of a relief from the tax burden potentially arising from the tax.”

Then the Commission added an important clarification. “(19) The question whether the tax burden arising from the SSD tax, which is not a general tax but a special-purpose levy, is a „normal cost“ that any product has to bear or a „charge normally included in the budget of an undertaking“ amounts to assessing the comparability of the products in the light of the objective of the levy. This will be dealt with in the selectivity part of the present decision (see below).” (Emphasis added)

In other words, given that the potential advantage was in the form of a tax exemption, the Commission had to establish whether it would have been “normal” for the exempted products to bear the tax. In order for them to bear the tax, they had to fall within the scope of the tax. Therefore, the issue that had to be tackled by the selectivity assessment was whether the objective of the tax could justify the exemptions.

The Commission first explained in paragraph 26 of its decision that the selectivity of tax exemptions had to assessed by a three-step test. First, the system of reference had to be identified. Second, it had to be determined whether the given tax exemption was a derogation from that system in the sense that it discriminated between products or operators which, “in light of the objectives intrinsic to the system”, were in a comparable factual and legal situation. Third, it had to be considered whether a prima facie derogation could be justified by the “nature or the general scheme” of the system of reference; i.e. by the objectives of the tax itself.

Identification of the reference system

The Commission began with the standard phrase that “(27) the reference system constitutes the benchmark against which the selectivity of a measure is assessed. It is composed of a consistent set of rules that generally apply — on the basis of objective criteria — to all undertakings falling within its scope as defined by its objective.”

“(28) In the case of taxes, the reference system is based on such elements as the tax base, the taxable persons, the taxable event and the tax rates. The same applies to special-purpose (stand-alone) levies, such as levies on certain products or activities having a negative impact on the environment or health, which do not really form part of a wider taxation system. As a result, […], the reference system is, in principle, the levy itself.”

Although, the Commission in its investigations always mentions that the reference system is made up of a “consistent set of rules”, in the end it invariably defines the reference system as the tax in question and its objective. The objective or aim of the tax demarcates, in turn, the scope of application of the tax and the activities or operators that fall within its scope.

“(29) The SSD tax constitutes a special-purpose (stand-alone) levy on certain products having a negative impact on health.” “(30) The measure at stake is a tax on sugar sweetened drinks […]. The scope of the tax will essentially cover water-based sugary drinks (soft drinks) and juices (fruit and vegetable juices) containing added sugar with an overall sugar content exceeding 5 grams of sugar per 100 ml.” “(31) The SSD tax is one of a suite of measures being implemented as part of an overarching policy framework, to tackle obesity in adults and children.”

Therefore, the purpose of the tax was to penalise the consumption of sugary drinks in order to prevent obesity.

The Commission decision cited several studies which demonstrated the existence of a link between the consumption of sugary drinks with obesity and cardiovascular diseases. Apparently, sugary drinks do not have a “satiating” effect which is an inherent mechanism for limiting consumption. Because the body’s natural mechanism does not function, we tend to over-consume sugary drinks.

The Commission concluded, therefore, that “(44) the focus of the SSD tax (and its taxable event) is the taxation of high added-sugar content, while preserving other health objectives […]. Within this reference system, any product containing added sugar would be in comparable situation to the drinks that are subject to the tax (prima facie selectivity). The added sugar content should therefore be the benchmark for assessing whether there is prima facie discrimination by not taxing certain products. However, as will be examined below, exclusions related to other health objectives explained above and summarised at recital (39), which were taken into account when designing the SDD tax, can be considered justified under the logic of the system, which aims at improving public health. Other bases for a possible justification inherent to the tax system can be, for instance, the need to fight fraud or tax evasion, administrative manageability, the principle of tax neutrality or the need to avoid double taxation (recital (60)).”

“(47) Since the primary aim of the SSD tax is to tax added sugar, any product that has added sugar would be in a comparable situation to the drinks that are subject to the tax. Excluding from the scope of the tax products containing added sugar would therefore be prima facie selective. Taking into account the primary objective of the SSD tax, the following product categories appear not to be in a comparable factual and legal situation to the products subject to the SSD tax:

Justification by the logic of the tax system

Then the Commission proceeded to examine the following products containing added sugar, which were exempted from the tax but appeared to be in comparable factual and legal situation to the products subject to the SSD tax:

The Commission explained that “(60) although the non-taxation of products containing added sugar is prima facie selective, such exclusions, if related to other public health objectives that the Irish legislator validly pursues, can be justified under the general logic of the system, which aims at improving public health as mentioned above. Other bases for a possible justification inherent to the tax system can be, for instance, the need to fight fraud or tax evasion, administrative manageability, the principle of tax neutrality or the need to avoid double taxation.”

The Commission reached the following conclusions with respect to the above-mentioned products:

Sugary products containing less than 5 grams of sugar per 100 millilitres: Sugar was not per se harmful to health, but it ought to be consumed only in reasonable quantities. The non-taxation of those products was intended to induce a change in the behaviour of consumers. Their non-taxation was justified by the logic of the reference tax system.

Soja drinks and cereals/seeds/nuts drinks containing added sugar: They contained proteins which made those products more satiating than the taxed products.

Alcoholic drinks containing added sugar: The negative effects on health of excessive consumption of alcoholic beverages was already be tackled by other taxes.

Alcohol-free beer and wine containing added sugar: In the light of the policy goal to reduce alcohol consumption, another tax on those beverages would discourage their consumption.

Products containing added sugar but exempted from food labelling requirements: The exemption covered small producers with limited output. The exemption was found to be justified by reasons of administrative manageability.

The Commission concluded that “(97) in the light of the above, the overall design of the tax, the explicit derogations from it and its structure do not involve a selective advantage to certain products or undertakings and thus do not involve State aid.”

The Irish tax on SSD was well designed. It had a precise objective and was based on scientific evidence. Therefore, the scope of the tax was not arbitrary. The exemptions were rigorously justified also according to scientific evidence. Therefore, the exemptions were within the logic of the tax. This is a textbook case of how product-specific taxes (and their exemptions, if any) should be structured.