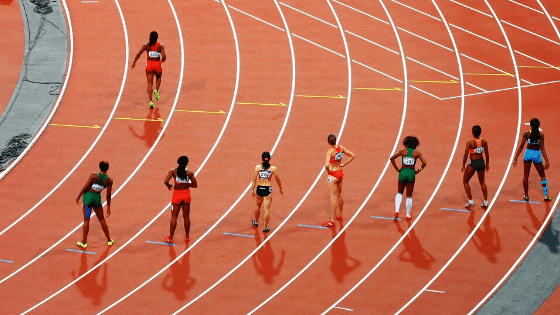 In this blog I examine primarily a Dutch measure that supports cultural institutions by providing tax incentives to individuals and corporations to make donations to those institutions. This is an unusual construction because the direct beneficiaries are different from the indirect beneficiaries which, however, are the main targets of the measure.

This construction has been used rather extensively in Hungary in a number of recent measures, therefore, I briefly review them below before I explain the details of the Dutch measure. Both the Hungarian and the Dutch measure “leverage” private donations in the sense that the amount of aid received by the final beneficiaries is several times larger than the amount of tax revenue forgone by the State.

The Commission has approved a number of Hungarian measures that are based on very similar arrangements.[1] They allow for reductions of tax base and tax rates applicable to individuals and/or companies that make donations to cultural or sport organisations. To appreciate how these arrangements are applied consider, for example, Commission Decision SA.31722 on support for sports.[2]

The Commission has found that there is no State aid for direct beneficiaries because the measure is not selective. It is open to all sectors, there are no eligibility thresholds and Hungarian authorities prohibit the advertisement or promotion of sponsors.

However, the sport organisations which are the indirect beneficiaries, do benefit from State aid because the measure is selective and because it fulfils all the other criteria of Article 107(1) TFEU.

A question that arises is why would any company make a donation when it receives an incentive linked to its tax liability which by definition must be less than 100% of the amount it donates? As explained below with a numerical example, the construction of this measure is such that the benefit surprisingly exceeds the amount of donation. The reason is that the amount of donation is deducted twice: once from the tax base and another from the amount of payable tax.

Assume that the tax base of a company is HUF 500 million, that it makes a donations, D, of HUF 1 million and that its tax rate is 10%.

With this rather ingenious construction Hungary has found a way to incentivise private sponsorship of arts and sports.

The Commission Decision SA.34357 concerning the Dutch measure “Multiplier Giftenaftrek”[3] touches on an issue that was examined in a previous posting: the relationship between the transfer of State resources and the advantage obtained by one or more undertakings. However, this case is interesting also for two other reasons: the fact that some benefits are found not to be State aid and the assessment of aid that is intended to support culture.

The main features of the measure

The Multiplier Giftenaftrek provides for increased deductibility for personal and corporate income tax purposes of donations to cultural institutions. The direct beneficiaries of the measure are individuals and companies that make donations to cultural institutions and for whom the deductible amount for donations for the determination of the tax base is increased by 25% for individuals and 50% for companies, up to a maximum amount of EUR 5000. That is, an amount of maximum EUR 6250 can be deducted from personal income tax base and a maximum amount of EUR 7500 can be deducted from corporate income tax base.

Advantage exceeds the amount of State resources: The leveraging effect

This Dutch measure illustrates very well that the quantified amount of the advantage obtained by the recipients of State aid is not necessarily equivalent to the amount of State resources forgone by the aid granting authorities. In fact in the case there is a leveraging effect that makes the amount received larger than the amount forgone by the State.

Take the example of a company that makes a donation of EUR 5000. The cultural institution that receives the donation naturally gains EUR 5000. However, the company incurs a cost of only EUR 3125 [= EUR 5000 – (EUR 1250 + EUR 625) = EUR 5000 – EUR 1875]. What is even more interesting is that the State forgoes only EUR 1875 of tax revenues. Such an arrangement with an in-built leveraging effect must be particularly effective as a policy tool. It multiplies the amount of assistance that goes to the targeted undertakings or sector.

With respect to the tax relief on personal income, the Commission concluded that there was no State aid because individuals do not carry out economic activity and therefore are not undertakings in the meaning of Article 107(1) TFEU.

With respect to the tax relief on corporate income, the Commission similarly concluded that there was no State aid because the measure was not selective. The Commission made an interesting distinction between “de jure” and “de facto” selectivity.

“(34) With regard to the measure at hand, it is potentially accessible to any undertaking subject to corporate income tax, independently from sector, region or company size, i.e. absence of de-jure selectivity. Furthermore, the measure is effectively open to all undertakings subject to corporate income tax and does not have the effect of benefitting essentially a pre-defined group of undertakings or specific sector(s) (absence of de facto selectivity).”

Then the Commission went on to examine the existence of State aid to “indirect” beneficiaries. “(37) With regard to the determination of the beneficiary of a measure, it is established case law that ‘consideration needs to be given not only to the immediate recipient of the subsidy, but also to the effects of the subsidy extending beyond that relationship.’ This means that the beneficiary of the measure is any entity which actually benefited from it.”

It concluded that the Multiplier Giftenaftrek constituted State aid for the final beneficiary cultural institutions. Here the Commission made two important references to the case law. First, it is not impossible that some beneficiaries may not be undertakings or may be so small as not to affect trade between Member States. However, when the Commission examines a scheme – as opposed to an award of individual aid – it is bound by the principles established in case C-248/84, Germany v Commission. Since the Dutch authorities had not explicitly excluded from the application of the Multiplier Giftenaftrek any institution that could engage in economic activity or whose activities could affect cross-border trade, the Commission could not exclude the possibility that the measure could indeed benefit undertakings and could affect trade. Furthermore, the Commission confirmed that aid to institutions in the cultural or arts sector [e.g. museums and theatres] can affect trade.

In the absence of any guidelines, the compatibility of the measure was assessed directly on Article 107(3)(d). The Commission found that it served genuine cultural objectives because it was limited only to non-profit institutions that were classified as “cultural” under Dutch tax law and offering cultural activities such as “museums, libraries, theatre, monuments, archives, dance, art house film, literature, music, musicals”. Other activities such as commercial, profit-seeking film and music productions did not qualify.

Because the aid was intended for non-profit institutions which rely on donations and because the amounts were small, the Commission rather cursorily found the aid to be necessary and proportional. Lastly, the prohibition of the use of donations for non-cultural commercial activities persuaded the Commission that any distortions to competition would be minimal.

The Dutch and the Hungarian measures appear to have considerable cost to the State treasury because they reduce tax revenue. However, at the same time they have a considerable leveraging effect. The sponsorship received by cultural institutions is several times larger than the forgone tax revenue. As a means of assisting certain groups of undertakings the funding arrangements in the Dutch and Hungarian tax arrangements are particularly effective.