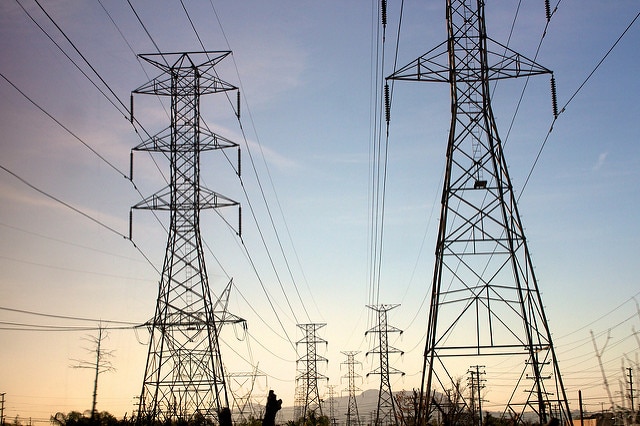 A private investor carries out an assessment of the prospective profitability of a company before it invests in it. Ex post assessment is not sufficient. Evidence that the investment is likely to be profitable is not enough. The return must be high enough to satisfy a private investor in a similar situation (by compensating it for the risk it assumes).

On 16 January 2018, the General Court ruled in case T-747/15, Electricité de France (EDF) v European Commission.[1] EDF had appealed against Commission decision 2016/154 which had found that conversion of tax liability into share capital was incompatible State aid that had to be repaid. The Commission decision was reviewed in an article that was published here on 1 March 2016 [View the article here: http://stateaidhub.eu/blogs/stateaiduncovered/post/5433]. The history of the dispute between EDF and the Commission was described in that article.

On appeal by EDF, both the General Court [case T-156/04] and the Court of Justice [case C‑124/10 P] found that the Commission was wrong to consider that conversion of tax liability was automatically State aid. This is because the state acquires its resources from taxation. There is no obligation on Member States to borrow money from the financial markets any time they wish to make an investment in a company. The EU courts therefore faulted the Commission for focusing on the source of the money and the form of the investment and for neglecting to carry out a proper analysis of the effect of the investment in EDF; i.e. whether it conferred an objective advantage to EDF. This would have been the case if the investment would not have been made by a hypothetical private investor. Indeed, private investors may have been reluctant to commit any of their own money because at the time of the tax conversion EDF was experiencing financial difficulties.

But even though the Commission lost the battles before the General Court and the Court of Justice, it did not lose the war. The Commission simply re-opened its investigation and after a thorough analysis of whether a private investor would provide the same amount to EDF at the same time as France did, it reached the conclusion that France did not act as a market investor. While a private investor would expect at minimum 12% return, the likely return from France’s investment was less than 6%.

The text of the new judgment of the General Court is very long. The decision runs to more than 60 pages with about 420 paragraphs. It also deals with several disagreements between EDF, the Commission and their respective consultants on the findings of the various reports and the veracity of the evidence that was used by either side. The Court found that several Commission calculations used were based on wrong numbers. Nonetheless, these errors were not enough to affect the validity of the overall assessment of the Commission. In addition, and not surprisingly, the judgment addresses a number of disputes on procedural issues. Therefore, this article is selective and focuses only on how a public authority is supposed to behave when it acts as a private investor.

How does a private investor behave?

The General Court stated in paragraphs 128-142 of its judgment that it was incumbent upon France to establish, on the basis of objective and verifiable elements, that it acted as a private investor. The Court noted, however, that there were no studies or documents in that respect, nor any assessment of whether and how the tax conversion could impact on the performance of EDF.

In paragraphs 143-176, the Court went into a rather detailed analysis of whether the non-payment of the tax owed by EDF affected its capital base and what return the French state could have hoped to obtain. This is because France had argued that the benefits to the investor would also have to be measured in terms of the improved equity to debt ratio of EDF and the supposed advantages that would flow from that. However, the Court could not find any evidence that a shareholder could expect to derive any benefits from the debt reduction. The Court also rejected quite sophisticated studies submitted by France and EDF on the grounds that they were carried out ex post and on the basis of data that were not available at the time France made the investment.

Then the Court examined where the burden of proof lied. It confirmed the principle that when it appears that the private investor test may be applicable, it is for the Commission to determine its validity, independently of any request to that effect by the Member State concerned. [Paragraph 241]

Even when the private investor test is not invoked by the Member State, the Commission must consider the economic nature of the action of the Member State and not the subjective way in which that Member State intended to act. [Paragraph 242]

If, on the other hand, a Member State invokes the private investor test, it is also obliged to establish unequivocally, on the basis of objective and verifiable evidence, that it has acted as an investor or shareholder and that it has decided to do so before it made the investment. [Paragraph 243]

Economic valuations made after the investment, retrospective assessment of the actual profitability of the investment or subsequent justifications are not sufficient to prove that the Member State has acted as a private investor. [Paragraph 244]

EDF submitted many documents that showed that the situation of the company would improve with the tax conversion and the increase of its capital. But the Court rejected them because they did not show explicitly that the injection of fresh capital would have generated a sufficient return that would compensate a private investor for the risk it assumed.

Even though the Court acknowledged that there were documents that determined the remuneration of the French state from the recapitalization of EDF and, consequently, demonstrated the profitability of the investment, it still considered that they were not sufficient [paragraph 318]. This is because they only showed that the investment was capable of generating some profit. They did not show that the profit was enough to satisfy a private investor.

According to the Court, France was obliged to submit evidence showing that its decision was based on economic valuations comparable to those which a rational private investor in a situation similar to that of France would have carried out, before making such investment, in order to determine the future profitability of such an investment. Ex post economic valuations were not acceptable. [Paragraph 319]

The Court stressed that even a supposed great difficulty of making complete or correct forecasts about future profitability cannot exempt a public investor from making an appropriate prior assessment of the profitability of its investment. [Paragraph 321]

In the end, the Court concluded that there were no grounds for upholding any of the pleas in the appeal, despite the fact that the Commission had made several mistakes in its calculations. The mistakes were not sufficient to cast doubt on the validity of the assessment of the Commission. That is, the mistakes could not lead to a different conclusion.

This judgment has not broken new ground. Rather it has confirmed already established principles. A public authority that wants to invest in a company or commercial project has to assess the prospective profitability of the investment on an ex ante basis. Even if the company is financially robust or the project commercial viable, or the investment will benefit the recipent or the investment is likely to generate a positive return, the proper test is whether the return is sufficiently high to satisfy a private investor in a similar situation. A private investor would be satisfied only when the return compensates it for the risk it assumes.

[1] The full text of the judgment, only in French, can be accessed at: