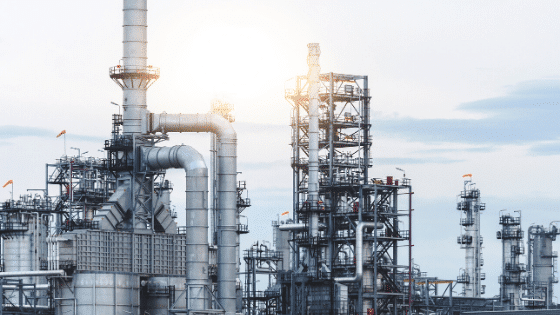 Normally, economic analysis is used by the Commission to find out whether a measure confers an abnormal advantage to an undertaking. This would be the case, for example, when a public authority makes an investment that generates a return that falls below what the market would demand. The recipient undertaking derives an abnormal advantage [i.e. an advantage that would not be possible under normal market conditions] because it pays out a lower dividend than otherwise. This economic reasoning is used when the Commission examines whether the measure in question falls within the scope of Article 107(1).

While the logic and the technical calculations under Article 107(1) & (3) are rather similar, there can be, however, a subtle but significant difference. The benchmark under Article 107(1) is always the market. By contrast, the benchmark under Article 107(3) is the costs of the beneficiary itself. The aim of the analysis is to determine how much aid must be pumped into the undertaking to make a project profitable enough so that it can invest in it. A recent Commission decision on a gas storage facility in Poland highlights very well this kind of analysis.

The measure concerns a project, co-financed by EU Structural Funds, of an expansion of a gas storage facility in Husów, in South-Eastern Poland. Natural gas undertakings keep gas stocks in storage to guarantee delivery to their customers at times of changing supply and demand conditions. The aid aims at improving the energy security of Poland in case of disruption.

In Poland, the business activity consisting of gas storage is regulated by the public authorities and requires a concession contract. Storage system operators (SSO) are appointed and regulated by the Energy Regulatory Office (ERO). The incumbent gas company, Polskie Górnictwo Naftowe i Gazownictwo (PGNiG) has such a concession. The majority of its shares are owned by the state and it has a quasi-monopolistic position on the markets for production, import, distribution, wholesale and retail sales of gas. Distribution of gas is operated by six separate gas distribution companies fully owned by but legally unbundled from PGNiG.

Under Polish law, PGNiG is obliged to store a percentage of gas imports in storage installations and to maintain mandatory reserves. Since, however, the storage and reserve requirement can be met in different ways, there is no obligation under Polish law mandating the construction of gas storage sites such as those at Husów.

The planned amount of eligible expenditure of the project amounts to PLN 67,700,000. The planned total amount of aid is PLN 38,589,000 which is approximately EUR 9.45 million. The aid intensity is therefore 57%.

In order to establish the precise aid amount, the Polish authorities have carried out a cost-benefit analysis. A financial rate of return (FRR) has been calculated as the discount rate which is needed to reduce the expected investment loss of the project. The table below shows the FRR and the net present value (NPV) of the project with and without aid. The FRR does not exceed the rate of 8% which is presumed to be adequate market rate of remuneration of capital.

Although the project is financed by EU structural funds without any apparent contribution by the Polish government, the Commission has found, as it is its standard practice now, that there is transfer of state resources because the EU money comes under the control of the state. The facts that the beneficiary is state-owned and that it is under legal obligation to store and maintain gas reserves are not sufficient to exclude the measure from the scope of Article 107(1).

Since there are no guidelines on energy infrastructure, the Commission then, at the request of Poland, proceeded to examine the compatibility of the aid directly on the basis of Article 107(3)(c). It is interesting to note that this is a project that could be eligible for regional investment aid. Poland chose not to invoke the regional aid guidelines. One can only speculate that the reason for doing so was that the aid intensity exceeded what was allowed under the regional aid map of Poland.

Direct assessment on the basis of Article 107(3)(c) means application of the balancing test with market analysis to demonstrate the existence of market failure and quantitative analysis to prove that aid is necessary, proportional and does not cause undue distortion of competition.

Given that the project fits very well in the EU’s energy policy, the Polish authorities had little difficulty showing that it was in the general interest. With respect to whether the aid was an appropriate instrument for increasing energy security, the Polish authorities argued that they could not impose an extra regulatory obligation on PGNiG because it did not have enough capital for the investment. How this was proven is not explained in the decision. Certainly the project was unprofitable. But it is unclear whether the company as a whole would suffer if it used part of its profits from other operations to cover the funding gap of the project.

Interestingly, the Commission noted that “beyond profitability considerations, state aid to a particular activity or investment lacks incentive effect where the beneficiary is legally obliged to perform them.” [paragraph 46] Had the Polish authorities imposed a legal obligation on PGNiG, they would have shown that the aid was not an appropriate instrument, and in addition they would have deprived the aid from any incentive effect.

With respect to proportionality, a state aid measure is proportional if it is kept to the minimum. In this case the maximum aid intensity of the project does not exceed 57%. The net present value of the project is expected to remain negative, even including the planned aid. The project will yield a return of a bit less than 8% in nominal terms which, the Commission accepted as not being excessive in “absolute terms and in comparison with typical returns in the sector”.

In addition, the Commission considered that the part of the investment corresponding to the co-financing from the EU Structural Funds “will not form part of the capital of the [beneficiary] on the basis of which the calculation of gas tariffs takes place. In combination with the tariff regulation preventing that excessive revenues are derived from the operation of the subsidised infrastructure, this ensures that the planned aid shall not provide excessive profits beyond a reasonable return.” [paragraph 50]

Finally, with respect to the possible distortions to competition, the Commission accepted the Polish position that increase in the storage capacity would facilitate the entry of more gas suppliers. On the basis of the above considerations, the Commission approved the aid.

[1] Commission Decision SA.34938 on a gas storage facility in Poland. It can be accessed at: