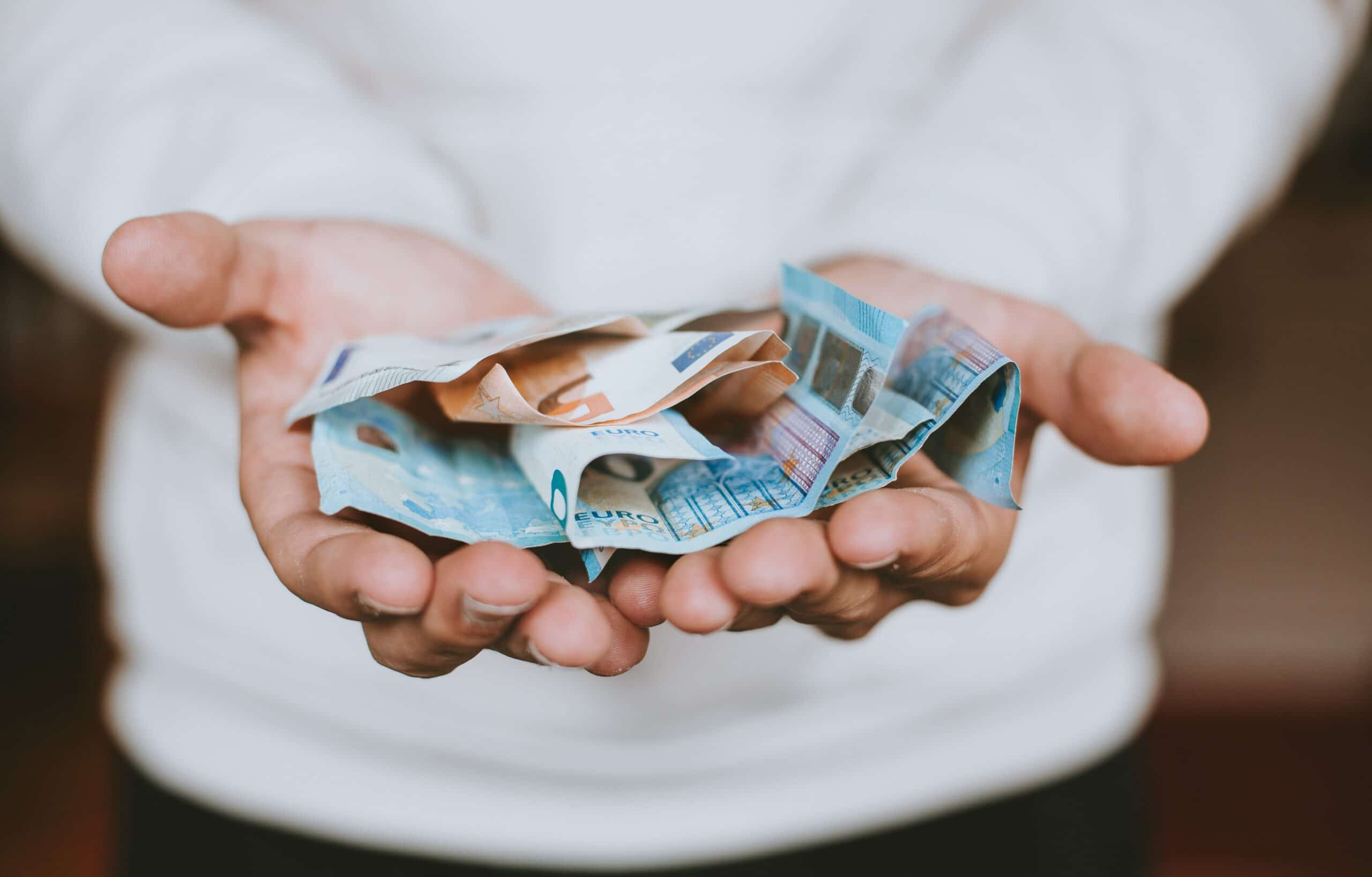 There is no rule in EU law obliging Member States to grant State aid.

The European Commission may refuse to authorise aid until previous aid that was found to be incompatible with the internal market is paid back.

The Temporary Framework is less strict than other State aid regulations or guidelines. The thresholds are higher, the requirements with which Member States have to comply are relatively fewer and its scope is wider with just a handful of exclusions. In the article that was published here on 5 May 2020 [View it here: http://stateaidhub.eu/blogs/stateaiduncovered/post/9651] I wrote that although the Temporary Framework does not explicitly exclude, among other things, companies that have not yet repaid incompatible State aid it does not follow that such aid can be granted to them under the Temporary Framework.

By contrast, the GBER excludes explicitly from its scope aid schemes and ad hoc aid in favour of companies that are “subject to an outstanding recovery order” [Article 1(4)(a) & (b)]. Such companies may only receive aid, in the context of schemes, for the purpose of offsetting the costs of damage caused by a natural disaster under Article 50 of the GBER. [Similarly, Article 1(4)(c) excludes undertakings in difficulty with the exception of aid to compensate for the damage caused by natural disasters.]

Covid-19 is an “exceptional occurrence”, not a “natural disaster”. Moreover, aid that falls within the scope of the Temporary Framework is allowed on the basis of Article 107(3)(b) or (c). [However, it is not clear what is the legal basis for the new provisions on recapitalisation of companies in section 3.11 of the Temporary Framework.] So I concluded that Member States ought to play safe and exclude undertakings with outstanding recovery orders.

Then on 6 May 2020, the Court of Justice gave the following answer to a question put to it by an Italian court in case C-415/19, Blumar and others, concerning verification requested by aid granting authorities that the aid applicants were not subject to an outstanding recovery order.[1] Italian authorities refused to pay regional aid approved by the European Commission, unless the aid applicants submitted sworn statements that they did not still owe any incompatible State aid. The aid measures had been approved by the Commission on 25 January 2008 in decision N 39/2007. Blumar and others argued that the authorising decision of the Commission did not include such a requirement and initiated legal proceedings before a national court. The Court of Justice confirmed that national authorities are not obliged to pay out authorised aid.

Member States are free not to grant State aid

The gist of the Court’s reply to the referring national court was as follows:

“(19) The Commission is entitled to make the payment of new aid subject to the recovery of aid declared unlawful and incompatible with the internal market. The Court has held that the Commission, first, has the power to take into consideration any cumulative effect of the earlier unlawful aid that has not been repaid and the new aid, and, second, can find new aid to be compatible with the internal market only where the information available to it enables it to reach that conclusion”.

“(20) In the present case, […], the Commission took account of the fact that the national legislation at issue in the main proceedings precludes the grant of the tax credit at issue to an applicant who has benefited from aid declared unlawful and incompatible by the Commission, where the applicant is the subject of a request for repayment but the aid has not been repaid or deposited into a blocked account.”

“(21) It should be noted that that national legislation, although intended to ensure compliance with the conditions referred to by the Court in the judgment of 15 May 1997, TWD v Commission (C-355/95 P, EU:C:1997:241), nevertheless lays down more restrictive conditions since it provides for the payment of State aid to be refused on the sole ground that the applicant has not produced the sworn declaration, irrespective of whether it has actually benefited from aid declared unlawful and incompatible or, as the case may be, whether there is a request for repayment of that aid.”

“(22) Such a requirement does not, however, adversely affect the obligations referred to in that judgment or alter the aid scheme authorised by the Decision of 25 January 2008. It is therefore not capable of calling into question the compatibility of that scheme with the internal market and therefore cannot be considered contrary to that decision.”

“(23) Furthermore, as the Commission submits in its written observations, although Article 108(3) TFEU requires Member States to notify their State aid plans to the Commission before they are put into effect, it does not, however, require them to grant aid, even if it forms part of an aid scheme approved by a decision of that institution. The sole object and effect of such a decision is to authorise an aid scheme by declaring it compatible with the internal market, and not to impose it on the Member State concerned”.

“(24) Consequently, the Commission’s decision approving a State aid scheme does not preclude the Member State concerned from retaining the right to refuse to grant aid under that scheme”.

“(25) In the present case, the fact that, in view of the system set up for processing applications and the capping of available resources, the refusal to grant the tax credit at issue on the basis of the absence of a sworn declaration may be definitive cannot call into question the foregoing considerations.”

“(26) In those circumstances, such a requirement cannot be considered contrary to the principle of proportionality.”

“(27) Consequently, the answer to the question referred for a preliminary ruling is that Article 108(3) TFEU, the Decision of 25 January 2008 and the principle of proportionality must be interpreted as not precluding legislation of a Member State pursuant to which the award of aid, under an aid scheme established by that Member State and authorised by that decision, is subject to a declaration by the applicant that it has not received aid declared unlawful and incompatible by the Commission, which it has failed to repay or deposit into a blocked account, even though it is not the subject of a request for repayment and despite the fact that that decision does not explicitly provide for such a requirement.”

Why incompatible aid must be recovered before new aid is granted?

The reason that the Commission requires Member States to fully recover incompatible aid before granting to the same undertakings new aid is that the two instances of State aid together affect trade to an extent that is contrary to the common interest.

This was confirmed by the Court of Justice which ruled that “(26) Under Article 92(3) [now 107(3)] of the Treaty, […], the Commission enjoys a wide discretion, and the exercise of that discretion involves assessments of an economic and social nature which must be made within a Community context […]. When the Commission examines the compatibility of a State aid with the common [now internal] market it must take all the relevant factors into account, including, where appropriate, the circumstances already considered in a prior decision and the obligations which that decision may have imposed on a Member State”.

“(27) It follows that the Court of First Instance [now the General Court] did not err in law by finding, […], that the Commission had acted within its powers when it took into consideration, first, any cumulative effect of the old […] aid and the new […] aids and, secondly, the fact that the [old] aid had not been repaid”.

Lastly, should the reader consider that the TWD case concerned Article 107(3)(c), which requires that State aid “does not adversely affect trading conditions to an extent contrary to the common interest”, while aid under the Temporary Framework is granted on the basis of Article 107(2)(b) that does not include a similar requirement, the following clarification should be borne in mind.

In its judgment in case T-457/09, Westfälisch-Lippischer Sparkassen- und Giroverband v European Commission, the General Court had to assess the validity of the argument that State aid aiming to remedy a serious disturbance in the economy of a Member State is always in the common interest. It rejected that argument.

The applicant claimed that the purpose of Article 107(3)(c) was to help firms that operated in a “healthy economic environment”. That was the reason why the Commission had to ensure that State aid which could adversely affect trading conditions to an extent contrary to the common interest could not be allowed. In contrast, the purpose of Article 107(3)(b) was to remedy a serious disturbance in the economy as a whole, which was “a prerequisite for the existence of viable competition”. Consequently, the authorisation of aid under Article 107(3)(b) could not be subject to conditions seeking to protect competition.

The General Court replied that “(180) it should be noted, from the outset, that the Commission considered, in the contested decision, that the purpose of the guarantee at issue was to allow the restructuring of WestLB, which, due to its systemic importance, was necessary to remedy a serious disturbance in the German economy caused by a major financial crisis, which the applicant does not dispute.”

“(182) Indeed, unlike aid covered by the exceptions to the general prohibition of State aid under Article [107(2)], which, under that provision, ‘shall be’ considered to be compatible with the common market, certain categories of aid provided for by Article [107(3)], including those intended to remedy a disturbance in the economy of a Member State, ‘may’ be considered to be compatible with that market.”

“(183) Moreover, according to settled case-law, Article [107(3)] confers on the Commission a discretion the exercise of which involves economic and social assessments which must be made in a Community context”.

“(184) Accordingly, that difference in wording noted by the applicant between Article [107(3)(c)], which allows the authorisation of some aid provided that it ‘does not adversely affect trading conditions to an extent contrary to the common interest’, and Article [107(3)(b)], which lays down no such condition, cannot lead to the conclusion that the Commission cannot assess the impact of aid authorised under the latter provision on the relevant market or markets in the European Union as a whole”.

“(186) It must therefore be held that Article [107(3)(b)] does not prevent the Commission from making authorisation of the guarantee at issue subject to the fulfilment of conditions.”

[1] The full reply of the Court of Justice can be accessed at:

Photo by Christian Dubovan on Unsplash