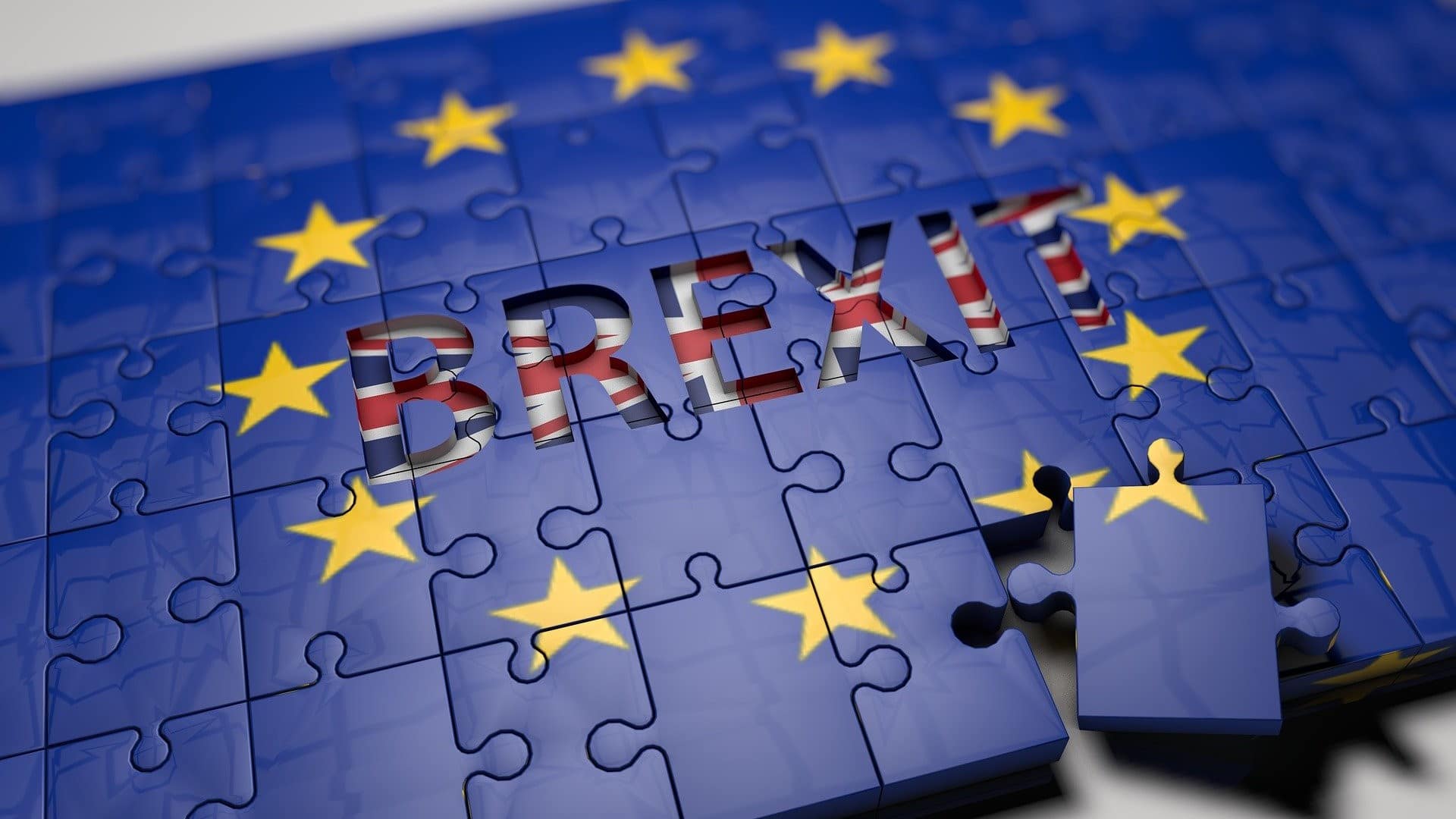 The agreement on subsidies allows the UK to deviate from EU State aid rules.

After the exit of the United Kingdom [UK] from the European Union [EU] on 31 January 2020, EU State aid rules continued to apply to the UK during a transitional period that came to an end on 31 December 2020. In the closing days of 2020, the two sides succeeded to conclude a 1250-page “Trade and Cooperation Agreement” on the rules and arrangements that would apply after 1 January 2021. Rather unusually, the Agreement that was signed only on Wednesday, 30 December 2020, by the UK Prime Minister, Boris Johnson, and the President of the European Commission, Ursula von der Leyen, applies “provisionally” as of 1 January 2021 [Article FINPROV.11(2) of Part Seven of the Agreement] before it is ratified by the two Parties.

This article reviews the provisions on subsidies in the Trade and Cooperation Agreement between the EU and the UK. The text of the Agreement was published in OJ L 444, 31 December 2020, pp. 14-1462.[1]

As is well-known, subsidies were one of the three main issues of disagreement between the two sides; the other two were fisheries and governance. The UK objected to being bound to EU State aid rules whose ultimate interpretation is the prerogative of the Court of Justice of the EU. Therefore, the question that naturally arises now is whether the UK has achieved its objective. The answer is neither unequivocally yes, nor no.

To appreciate whether the UK succeeded not to cross its red lines, let’s see where the UK interests lie. A good indication of that is the objectives of the UK’s State aid measures. The Commission’s 2019 Scoreboard reveals that in 2018 the top six objectives were:

[the amounts for other objectives were significantly smaller]

In relation to the above six policy objectives, the Agreement has specific rules only on environment and energy. These rules are very general and are confined to stating basic principles such as necessity and proportionality.

The Agreement is organised in seven parts, 49 annexes and three protocols. Each part is divided in titles. However, Part Two, in which the rules on competition and subsidies are to be found is divided first in Headings and then in Titles. No other Part has Headings. The reason is that Part Two makes up the bulk of the Agreement containing about 65% of the text before the technical annexes and protocols. The Agreement is accompanied by Joint Declarations, two of which refer to subsidies: Joint Declaration on Monetary Policy and Subsidy Control and Joint Declaration on Subsidy Control Policies.

The substantive rules on subsidies are in Title XI on Level Playing Field for Fair and Open Competition and Sustainable Development of Heading One on Trade of Part Two on Trade, Transport, Fisheries and Other Arrangement”.

Title XI is composed of nine chapters. Each chapter contains one article which entails that there are nine articles in Title XI. Each article is divided into several sub-articles.

Part one of the Agreement lays down common rules and institutional provisions and establishes Committees which, among other things, enable the two Parties to resolve differences before launching the formal dispute-settlement procedure. One of those Committees is responsible for subsidies. Part six of the Agreement governs the settlement of disputes including any that may arise with respect to subsidies. However, certain aspects of subsidies fall outside the scope of the standard dispute settlement procedure.

The provisions of the Agreement on subsidies

It should be noted at the outset that the Agreement avoids any EU-specific terminology. It does not cite any EU Treaty articles, current regulations or guidelines on State aid, even as reference or aid to the meaning of its various concepts and terms. Chapter three, Title XI, of Part two of the Agreement, applies to subsidies, not State aid. Unlike other trade agreements concluded by the EU and third countries, the words “State aid” appear nowhere in the Agreement [with the exception of an unrelated reference to the provisions of a Member State on social security].

There are other striking examples of avoidance of EU terminology. Instead of using the well-understood concept of “undertaking”, the Agreement refers to “economic actors” and defines them exactly in the same way as undertakings in the EU case law. “Undertakings in difficulty” are referred to as “ailing economic actors”. “Services of general economic interest” are called “services of public economic interest” even though their providers carry out “public service obligations” as in the EU.

Chapter three contains a single article – Article 3 – whose main contents are the following:

The Agreement does not appear to require notification of subsidy measures to a competent authority before their implementation. If the UK imposes such a requirement on subsidy-granting authorities, it will be a unilateral act, not mandated by the Agreement.

Article 3.4(1) lays down the principle that “subsidies are not granted” where they have a “material” effect on bilateral trade or investment. Without explicitly stating so, it allows subsidies that pursue a public policy objective, comply with certain principles, such as those of necessity and proportionality, and generate positive effects that outweigh their negative effects on trade and investment.

The Agreement sets monetary limits or thresholds which appear to be more generous for the UK. These thresholds are the following [1 Special Drawing Right = 1.18 euro]:

SDR 15 million [or EUR 17.65 million] for reporting of subsidies for public service obligations [“transparency” requirement]. In the EU the comparable threshold is EUR 15 million in Decision 2012/21.

An unusual feature of the Agreement is Article 3.7 (Chapter three, Title XI, Part two) which imposes an obligation on the UK to provide information on subsidies to any interested party. This creates rights for interested parties that they do not enjoy in the EU.

However, there is a provision in Article 3 that may necessitate the creation of similar rights in the EU too. Article 9 of the General Block Exemption Regulation [Regulation 651/2014] requires Member States to publish information on all individual awards of aid exceeding EUR 500,000. The rule on “transparency” of subsidies that is laid down in Article 3.7, Title XI, of the Agreement has no minimum threshold. Moreover, the publication obligation of EU Member States is currently confined to aid granted on the basis of the GBER, while the transparency obligation applies to all subsidies.

Perhaps the right of interested parties in the UK to access information on subsidies is intended to counter-balance the absence of an obligation for prior notification of subsidies. However, the Agreement is silent on this point. It will be interesting to see what is the combined effect in practice of the right of access to information and the absence of notification obligation.

A negative aspect of the Agreement is that it uses terms whose meaning is left undefined. These terms have not been interpreted in the EU case law on State aid, so their application in practice may prove to be problematic. Here is a list of such terms:

“Material” effect on trade or investment: Article 3.4(1) on principles that apply to subsidies.

Effects that do not “exclusively” accrue to the subsidy-granting state: Article 3.5(13) on large cross-border projects.

Another negative aspect of the Agreement is that, unlike the EU system of State aid control where the distortion of competition caused by State aid is remedied by recovery of the aid, the Agreement leaves it to the Parties to take remedial measures [i.e. retaliatory action] when they are harmed by the subsidies of the other Party. This is an inefficient system because it counters one distortion by creating another.

In order to take remedial action, a Party has to demonstrate that four conditions are fulfilled: 1) a subsidy exists or has been granted, 2) it “causes” or there is a 2a) “serious risk” that it will cause 3) a “significant” 4) negative effect. Causality is always difficult to prove. The existence of “serious risk” of a “significant” negative effect will also be difficult to prove and will depend to a large extent on subjective judgment. This raises an important question: Will it make it easier for the UK to grant subsidies as it will be harder for the EU to retaliate? [It is unlikely for the EU to change its rules to allow more State aid].

The table below summarises the main provisions of the Agreement concerning subsidies. The “specific” rules laid down in the Agreement are no longer than a few paragraphs each and are confined to stating general principles such as necessity and proportionality and avoidance of granting subsidies which are devoid of incentive effect.

Export subsidies [but not export credit] Subsidies below SDR 325,000

Bearing in mind that the indispensable and essential elements of the EU’s block exemption regulations and guidelines are definitions of eligible costs and maximum rates of aid intensity, the Agreement allows the UK to define its own eligible costs and rates of aid intensity. All thresholds are to some extent arbitrary. In the absence of a central authority that can define common rules which are supposedly objective, it will be within the discretion afforded to the UK to set, for example, the maximum aid rate for industrial research to 60% instead of 50%, include as eligible costs the expenses for first industrial deployment [which are anyway allowed in the guidelines for projects of common European interest] in the case of experimental development and raise the ceiling of ancillary activities from 20% to 30%. For sure, the UK may now grant larger subsidies to its companies in comparison to those which are allowed in the EU without flouting either the letter or spirit of the Agreement.

Lastly, the Joint Declaration on Monetary Policy and Subsidy Control clarifies that monetary policy operations [e.g. the granting of emergency liquidity assistance to banks] do not constitute subsidies.

The inevitable conclusion is that the UK has succeeded to untether itself from the EU’s State aid rules.

The Agreement defines principles which are sensible [e.g. necessity and proportionality] and from which the UK will have no reason to deviate.

However, where the UK has strong interests [e.g. environment and energy, R&D, SMEs, culture], the specific provisions of the Agreement [e.g. environment, energy, banks and regional airports] are too general or non-existent. The corresponding provisions in the EU are much more complex [e.g. environment and energy]. This means that the Agreement provides ample room to the UK to deviate from specific EU rules. Other EU rules of interest to the UK are very generous [e.g. R&D, SMEs]. Again, the UK will not be constrained in any significant way in laying down its own rules.

The use of novel terms by the Agreement [e.g. material effect, serious risk to cause significant negative effects] will make it harder for the EU to prove that UK subsidies harm its companies.

Of course, it will all depend on how and for which purpose the UK decides to use public money to support its companies. The spirit of the Agreement is that subsidies should aim to remedy market failure and should generate more benefits than harm. The UK can respect its spirit without copying EU rules. This does not mean that bilateral trade and competition will not be affected.

[1] The Agreement can be accessed at:

Photo by DANIEL DIAZ on Pixabay.