Sie befinden sich hier: Lexxion > State Aid Blogs > State Aid Uncovered > State Aid on the Day after the Exit of the UK from the EU 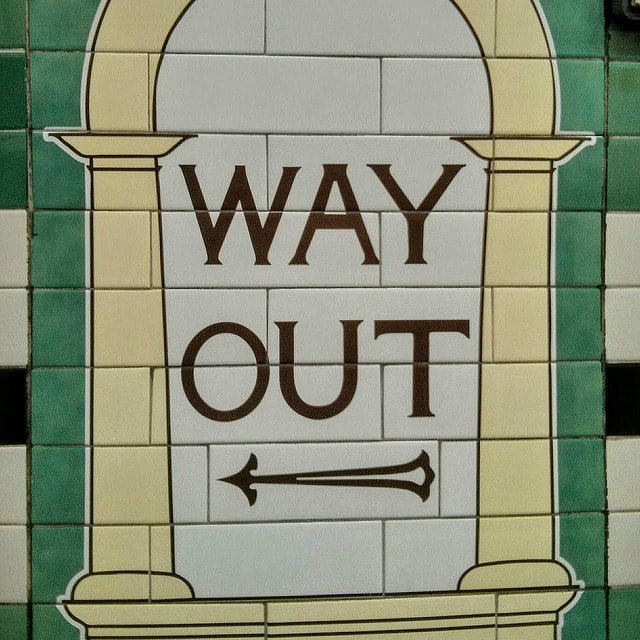 The UK will “take back control” over State aid. With it will come the challenge of following EU law and practice.

Last June I wrote an article on how the withdrawal of the UK from the EU could affect the application of State aid rules in the UK. The article concluded with the following prediction. “The UK will soon discover, first, that exit does not mean that it will have to discard all of EU policies and, second, that as long as it trades with the EU, some form of a mutually agreed restraint on subsidies will be in its own interests.” [View http://stateaidhub.eu/blogs/stateaiduncovered/post/6529]

Indeed, the White Paper on The United Kingdom’s exit from and new partnership with the European Union that was published in early February 2017 proposed to retain, rather than discard, EU law on the date of exit from the EU.[1] Its objective is, among other things, to “preserve EU law where it stands at the moment before [the UK] leaves the EU. Parliament (and, where appropriate, the devolved legislatures) will then be able to decide which elements of that law to keep, amend or repeal once [the UK] has left the EU. The UK courts will then apply those decisions of Parliament and the devolved legislatures.” The Bill will enable changes to be made by secondary legislation to the laws that will “otherwise not function sensibly once [the UK] has left the EU”.[2]

On Wednesday, 29 March 2017, the UK submitted a letter to the President of the European Council, Donald Tusk, giving notice of its intention to trigger the two-year procedure laid down in Article 50 of the Treaty on the European Union. This means that at the end of March 2019 the UK will cease to be a member of the EU [unless the deadline is extended by mutual agreement]. A day after the letter to President Tusk, on Thursday 30 March, the UK published another White Paper. This Paper is entitled Legislating for the United Kingdom’s Withdrawal from the European Union.[3]

It explains that “2.4 Simply repealing the ECA would lead to a confused and incomplete legal system. This is because, as described above, some types of EU law (such as EU regulations) are directly applicable in the UK’s legal system. This means they have effect here without the need to pass specific UK implementing legislation. They will therefore cease to have effect in the UK once we have left the EU and repealed the ECA, leaving large holes in the statute book. To avoid this, the Bill will convert directly-applicable EU laws into UK law.”[4] The “ECA” is the European Communities Act of 1972 which for the past 44 years has been giving legal effect in the UK of laws adopted in Brussels. The Paper goes on to clarify that that “2.7 Our approach of converting EU law into domestic law maximises certainty and stability while ensuring Parliament is sovereign.”[5]

This is a good way to solve the problem of legal continuity on the day after exit. But it cannot apply so easily in the area of State aid.

The special case of State aid

UK law contains no prohibition of State aid similar to that of Article 107(1) TFEU [because there is no need, as Article 107(1) applies directly]. This means that the UK will have to decide whether to copy EU State aid rules into its own legislation. Unlike other EU laws, not having State aid rules will not necessarily disrupt business in the UK.

However, it now seems unavoidable that, if the UK wants to trade freely with the EU, it will be requested to establish some sort of State aid discipline of its own.

The draft negotiating guidelines adopted by the European Council on 31 March 2017 set the following objectives: “19. Any free trade agreement should be balanced, ambitious and wide-ranging. It cannot, however, amount to participation in the Single Market or parts thereof, as this would undermine its integrity and proper functioning. It must ensure a level playing field in terms of competition and state aid, and must encompass safeguards against unfair competitive advantages through, inter alia, fiscal, social and environmental dumping.”[6]

How will the UK establish its own system of State aid rules? The approach expounded by the Great Repeal Bill would be to copy both the primary and the secondary legislation on State aid.

But this cannot be just a “copy and paste” exercise. The application of State aid rules depends on control by a single authority, which in the case of the EU is the European Commission. Therefore, the UK will have to establish a body to control State aid or assign that responsibility to an existing organisation. The Competition and Markets Authority would be the natural candidate for that purpose. It is independent and more likely to be accepted as impartial by the devolved administrations.

In addition, the UK will have to provide, in the next two years, answers to the following three questions.

First, what will be the powers of the national body that will assess the compatibility of State aid? Will its role be advisory or will it have the same powers as the Commission to prohibit State aid and order recovery of incompatible State aid. National competition authorities normally have powers to prohibit cartels and abusive market behaviour by undertakings, but the recovery of incompatible State aid would require one national authority giving orders to another national authority. This is unusual. The consequence of appointing the CMA as the State aid control authority is that both its legal powers and its capacity in terms of personnel will have to be expanded.

Second, how will EU rules be adapted? For example, will the UK redefine the concept of “common interest”? The legal basis of over 90% of the State aid that is granted in the EU is Article 107(3)(c).[7] This Article declares aid to be compatible with the internal market when it “does not adversely affect trading conditions to an extent contrary to the common interest”. The UK will have to define what that common interest may be for itself. It is clear that it will not be the common European interest, but it is far from obvious what the UK interest may be and whether, for example, it may hinge on considerations of international competitiveness.

More broadly, when the Commission determines whether on balance the positive effects of State aid outweigh the negative effects, it engages in an exercise with a large element of subjectivity. Any other authority that is tasked to carry out the same assessment, without being unreasonable, will find it either difficult to replicate Commission decisions or, correspondingly, easy to deviate from them. It will simply be challenging for a national authority to assume the role of the Commission without creating uncertainty as to how it intends to follow the Commission’s decisional practice.

Third, will the UK follow the EU case law? The legal interpretation of the concept of State aid evolves over time. It will not be sufficient for the UK to declare that EU rules will continue to apply after exit. What will happen when EU courts provide a different interpretation two days, two months or two years after exit? Inevitably there will arise questions about how long to follow the interpretation of the EU courts after exit or whether to deviate from EU case law and develop different concepts in the UK. For example, national interest may be a strong factor for the granting of subsidies that can promote UK companies at the expense of their competitors in the rest of Europe.

In fact, the dilemma for the UK is broader than that posed by Article 107(3). The prohibition of State aid in Article 107(1) is not absolute. Article 107(1) declares State aid to be “incompatible with the internal market”, unless it is “otherwise provided in the Treaties”. The words “otherwise provided” refer to categories of aid that are or may be compatible with the internal market. This means that not only will the UK have to re-think the criteria of exemption, but also the categories of aid that may be exempted from the general prohibition of aid.

There is little doubt that exit from the EU will result in large gaps in the field of State aid. It is far from clear how these gaps may or should be filled. Both White Papers indicate that the Great Repeal Bill will “copy and paste” EU law. For sure, block exemption regulations can be easily copied into UK law. But that will not be enough and will create confusion as no one will know with sufficient degree of certainty, for example, what the UK interest may be. At an as yet undefined point in the future the meaning of the vague concepts of common interest or the method of balancing of the positive and negative effects of State aid will have to be clarified.

In every cloud there is a silver lining. Social scientists, who are rarely able to set up experiments with control groups, always welcome “natural” experiments created by policy discontinuities. The impending exit of the UK will provide an opportunity for such a natural experiment.

In this connection, one may argue that withdrawal from the EU will allow the UK to establish new methodologies for assessing the existence and compatibility of State aid. Indeed, if the CMA assumes the responsibility of vetting State aid, it may introduce, for example, more robust economic analysis of the distortion of competition or more extensive review of the potential impact on trade. Its experience may offer valuable lessons to the EU and the Commission.

The two-year limit of Article 50 is intended to protect the withdrawing Member State by preventing the remaining Member States from obstructing its exit with stalling tactics. However, it is becoming increasingly obvious that the two-year limit is a double-edge sword. It leaves little time for the withdrawing Member State to make the legal, regulatory, procedural and institutional adjustments that are necessary for it in order to continue functioning smoothly the date after exit.

In the case of State aid, the UK can copy existing EU rules. But it will still have to establish an enforcement institution, define the necessary procedures and, perhaps, redefine certain concepts. For sure it will need time to gain experience in controlling aid.

[1] HM Government, The United Kingdom’s exit from and new partnership with the European Union, (London: 2017). The White Paper can be accessed at:

[3] HM Government, Legislating for the United Kingdom’s Withdrawal from the European Union, (London: 2017). The White Paper can be accessed at:

[6] The text of the draft negotiating guidelines can be accessed at:

[7] The latest scoreboard of the European Commission indicates that aid for environmental protection, green energy generation, R&D, regional development, SMEs, and agriculture accounts for close to 90% of the all aid. See the latest scoreboard at: http://ec.europa.eu/competition/state_aid/scoreboard/index_en.html.