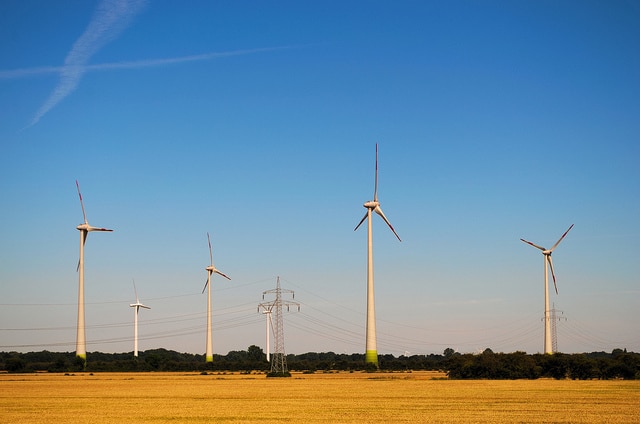 Part II: Support of electricity production from renewable energy sources is normally compatible with the internal market. Reduction of taxes on electricity used by energy-intensive industries is allowed only for certain sectors exposed to international trade and only when they bear a certain cost. Taxes on imported electricity normally infringe free-trade and non-discrimination provisions, unless commensurate benefits are extended to imported electricity.
Part I which was published last week explained the structure of the EEG 2012 – the complex measure that Germany adopted to promote green electricity. The main problem with that measure was that Germany sought to alleviate intensive energy users from the charge that was levied on electricity consumption in order to generate revenue to support green electricity producers.As will be seen below, when a Member State levies a charge or a tax to raise revenue for a State aid measure, the Commission not only examines the compatibility of the aid itself but also the compatibility of the levy or tax with internal market rules and with the rules that prohibit any adverse taxation on imported products; in this case imported electricity.Compatibility with the internal market

Germany was of the view that both the achievement of the RES targets and the preservation of industrial competitiveness had to be considered as projects of common European interest. The Commission did not accept that point of view.

According to the Commission, “(177) the reductions did not seem to relate to a project and a fortiori not a project which would be specific and clearly defined in respect of the terms of its implementation.” “(178) As important policy goals as they may be, the development of renewable energy sources and the promotion of competitiveness cannot be understood as specific projects in the literal sense. […] If projects of common European interest were to be construed so as to encompass mere policy goals as such, the limits of Article 107(3)(b) would be stretched beyond their wording, and the requirement of targeting a specific, well-defined project would be rendered meaningless.”

“(179) More importantly, as the General Court made clear in Hotel Cipriani, ‘an aid measure can benefit from the derogation provided for in [Article 107(3)(b) of the Treaty] only if it does not benefit mostly the economic operators of one Member State rather than the Community as a whole’. That criterion is not fulfilled where the national aid scheme merely seeks to improve the competitiveness of the undertakings concerned.”

Although the feed-in tariff and the EEG-surcharge could be found to be compatible with the internal market, the problem was the reduction from the surcharge that was granted to EIUs. Before the 2014 Guidelines on Environmental and Energy Aid [EEAG] were adopted, the Commission had prohibited measures granting operating aid [e.g. decision SA.26036 concerning Austria]. According to the case law, operating aid as such affects trading conditions to an extent contrary to the common interest, and can therefore not be declared compatible with the internal market.

However, the EEAG, point 184, allows reductions from energy charges in respect of costs resulting from the support to energy from renewable sources. Indeed the Commission approved these features of EEG 2014 in its decision SA.38632. However, the aid is allowed only on condition that the relevant requirements of the Guidelines are fulfilled.

Eligibility of the EIUs

With respect to the proportionality of the aid, points 188 and 189 of the Guidelines provide that aid is proportionate if the beneficiaries pay at least 15% of the additional costs without reduction. However, Member States are allowed to further limit the amount of the costs from energy taxes to 4% of GVA. For undertakings with electro-intensity of at least 20%, the costs can further be reduced to 0.5% of GVA.

In case taxes or charges are levied for the purpose of generating revenue to support RES electricity, point 29 of the Guidelines requires compliance with Articles 30 and 110 TFEU, which prohibit impediment to trade and differential taxation, respectively.

The Commission applied this reasoning to the case of electricity suppliers because they could benefit from the reduced rate only when they purchased 50% of their electricity from national RES electricity producers. It found that the reduced rate constituted a discriminatory charge within the meaning of Article 110 of the Treaty.

The Commission further held that “(232) […] it is irrelevant for the application of Article 30 and 110 of the Treaty that the charge is not levied by the State directly, but by the TSOs.” It also clarified that “(233) Articles 30 and 110 only prohibit the financing of a support scheme for national production by means of a discriminatory charge imposed on imported products. They do not oblige the Member State to extend the benefit of the support scheme to imported products. […] However, when drafting their support schemes, Member States may not introduce discriminatory charges within the meaning of Articles 30 and 110 of the Treaty.” Moreover, “(234) discriminatory measures that infringe Articles 30 and 110 are not justifiable, even on environmental grounds: the Commission can see no instance where environmental protection (or, for that matter, any other overriding requirement of general interest) could be furthered by the imposition of a pecuniary obligation that would make economic operators in other Member States pay more than their domestic competitors.”

“(236) The usual remedy for violations of Articles 30 and 110 of the Treaty is reimbursement of the charges imposed.”

The Commission concluded its assessment with the following findings. First, the support of the RES electricity producers through the EEG-surcharge was compatible State aid. Second, the reductions in the EEG-surcharge for energy-intensive users were compatible with the internal market only to the extent that they were in conformity with the requirements of the 2014 Guidelines concerning eligible sectors, electro-intensity, exposure to international trade and minimum costs borne by the energy users. Third, other aid was also found to be compatible on condition that Germany and beneficiaries complied with a number of obligations. Fourth, aid not falling into any of the above categories had to be recovered.

The decision also contains a number of observations on how the amount of aid to be recovered can be adjusted by the amount of de minimis aid. According to paragraphs 255 and 256 of the decision, if the total amount of aid received by a beneficiary is less than EUR 200,000 and if the aid meets all the other criteria of the de minimis Regulations [1407/2013 or 1998/2006], that aid does not constitute State aid and does not need to be recovered. This observation is not surprising. But it raises the question as to what happens if the total amount exceeds EUR 200,000. Can the amount up to EUR 200,000 be considered to be de minimis and not recovered?

It is with regard to this point that the Commission goes on to note that if the total amount of aid received by a beneficiary exceeds EUR 200,000, of which an amount of less than EUR 200,000 has to be recovered, the de minimis Regulations “do not apply, because the aid concerns the same eligible costs and cumulation is therefore excluded” [Article 5(2) of Regulation 1407/2013 and Article 2(5) of Regulation 1998/2006]. It follows that the aid should be recovered. An example can perhaps make this statement easier to understand.

The Commission seems to be saying the following. For the purposes of this explanation assume that the total amount of aid is EUR 450,000 of which only EUR 350,000 is compatible with the internal market. Therefore, EUR 100,000 has to be recovered. Although this amount is less than the maximum de minimis amount of EUR 200,000, it cannot be considered to be de minimis aid because it was granted as a top-up to the maximum allowable amount of EUR 350,000 and, therefore, it is not compliant with the prohibition in Regulations 1407/2012 and 1998/2006 of top-ups when total aid exceeds allowable thresholds.

Of course, there is nothing to prevent Germany from recovering the EUR 100,000 and then granting it again a moment later as genuine de minimis aid on condition that it subsidises costs other than the EEG-surcharge. The only difference is that the recovered amount will have to include interest.