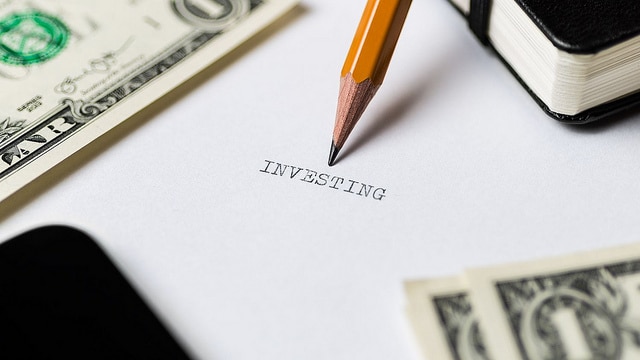 The Commission must apply the private creditor test even if a Member State does not request it or believes that it is not relevant.

Private investors always have two options: to invest or not to invest. They choose the option that generates the largest amount of profit or revenue. Similarly, private creditors also have two options: call in the loan and force the debtor into bankruptcy or forgive part or all of the amount. They choose the option that results in the smallest amount of loss.

The amount of loss depends on several factors such as whether the loan is secured against collateral, the revenue that can be realised from a forced sale of the assets of the debtor, the complexity and length of insolvency proceedings, the chances of the debtor to recover its financial viability and to repay back the loan and the amount of time that will be needed by the debtor to return to viability.

It is also conceivable that a creditor that needs cash urgently may rationally and willingly accept to write-off part of the loan in order to receive money as soon as possible.

In other words, the behaviour of a rational market operator acting as a creditor depends on many factors that determine the ability of the debtor to repay, the ability of the creditor to use the collaterals it possesses and the needs of the creditor. Although it is not possible to make an exhaustive list, the case law on the principle of private creditor, like the case law on the principle of private investor, requires that all relevant information at the time the decision is made is taken into account by the creditor.

Since the role of these two principles is to determine the existence of State aid, the Commission is obliged to use them when it assesses the application of Article 107(1) TFEU to a public measure extending credit or writing-off debt.

After successive appeals before the General Court and the Court of Justice, the Commission re-adopted its decision, again finding incompatible aid. However, the second decision was more thoroughly argued.

The previous judgments of the General Court and the Court of Justice provide useful guidance on the application of the private creditor principle and what factors must be taken into account when comparing the options of debt forgivance and liquidation.

What is also interesting about this case is that Slovakia referred to the write-off as State aid and did not raise the possibility that it could have conformed with the private creditor test.

Frucona appealed also the second Commission decision. When the General Court examined that decision, it concluded that it was again defective because the Commission applied an arbitrary discount factor to the value of the assets that could be sold to pay for the debt owed to the Slovak tax authorities. A discount factor must be applied in such a situation because the revenue that can be realised from the forced sale of an asset is always below the book value of the asset or even its normal market value. Moreover, the Court found that the Commission had not taken adequately into account the various complications and delays in the liquidation procedure. The General Court also faulted the Commission for relying on Slovakia’s erroneous classification of the write-off as State aid.

The applicability of the private creditor test

Then the Court explained that “(27) the starting point for determining whether the private operator test is to be applied must be the economic nature of the Member State’s action, not how that Member State, subjectively speaking, thought it was acting or which alternative courses of action it considered before adopting the measure in question.”

The Court went further in making it incumbent on the Commission to take into account the factors which are relevant to the hypothetical creditor rather than those invoked by the Member State concerned. “(29) The assessment which the Commission is required, where appropriate, to carry out cannot be limited to just the options that the competent public authority actually took into consideration, but must necessarily cover all the options that a private creditor would reasonably have envisaged in such a situation.”

The Court first recalled the principles emanating from the case law. “(59) When applying the private creditor test, the Commission must carry out an overall assessment, taking into account all relevant evidence in the case enabling it to determine whether the recipient company would manifestly not have obtained comparable facilities from such a private creditor”. “(60) All information liable to have a significant influence on the decision-making process of a normally prudent and diligent private creditor, who is in a situation as close as possible to that of the public creditor and is seeking to recover sums due to it by a debtor experiencing difficulty in making the payments, must be regarded as being relevant”. “(61) Moreover, for the purposes of applying the private creditor test, the only relevant evidence is the information which was available, and the developments which were foreseeable, at the time when the decision was taken”.

Once it clarified the relevant principles, the Court went on to reject “(66) the Commission’s arguments alleging that the subjective state of mind of the competent public body must first be determined and that the attitude of that body must then be compared with that of a hypothetical private creditor: the relevance of such reasoning has already been rejected … in so far as that reasoning is based on an incorrect assessment of the private creditor test.”

In particular the Court of Justice agreed with the finding of the General Court that the Commission “(74) had not carried out any methodological or economic analysis” of the “liquidation factor”. This is the discount factor explained in the introductory section. Then the Court of Justice pointed out that the facts in the file did not support the conclusions of the Commission, that there were inconsistencies in its reasoning, and that it had not sought to obtain all the necessary information [paragraphs 75-82].

Four important lessons may be drawn from this case. First, the Commission is obliged to consider the private creditor test [or the private investor test] applies regardless of whether the Member State concerned raises that possibility.

Third, the conclusions that are reached must be substantiated from the facts in the file.

Fourth, assumed or claimed values concerning revenue, costs, discount rates, length of time, etc, must be justified on the basis of objective information that is verifiable and credible.