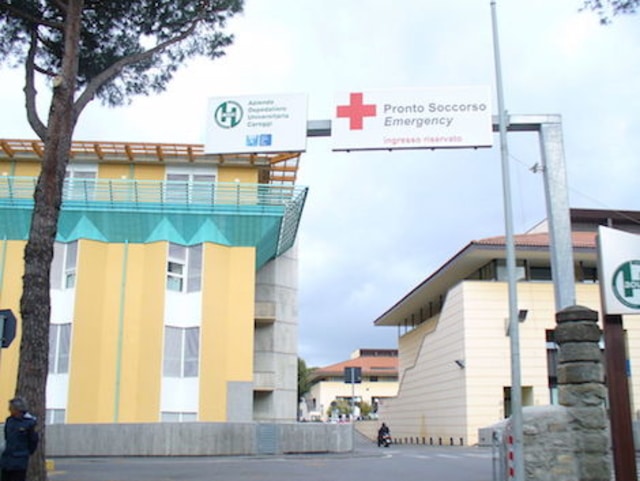 A look at the Court’s ruling of 18th December 2014 and the use of abnormally low tenders in public service contracts as indicators of illegal State subsidies.
This short note examines Case C-568/13 Data Medical Service on the award of public service contracts, which is particularly interesting from a State aid perspective. While stressing that there are no exclusions whatsoever – at a European level – with respect to the public or private nature of undertakings entitled to participate in public procurements, the judgment contains some noteworthy considerations regarding how the procedure for examining abnormally low tenders may, under certain conditions, become a new tool from a State aid control perspective.The dispute in the main proceedings concerned the award to the Azienda Ospedaliero-Universitaria di Careggi-Firenze (‘Azienda’) by Regione Lombardia of a three-year service contract for processing data for external quality control in relation to medicinal products. The Tribunale amministrativo regionale per la Lombardia (T.A.R., the national administrative Court of first instance) had upheld the first plea of Medical Data Service (‘DMS’) that the Azienda should have been excluded due to the fact that a public body cannot participate in a public tender. Moreover, the Court had also stated that public entities such as the Azienda are ‘entitled only, under specified conditions, to be awarded contracts directly’(para 21).While reviewing the appeal filed by the Azienda, however, the Consiglio di Stato (the supreme administrative court in Italy) revealed some doubts concerning the conclusions reached by the T.A.R., thus raising two questions for the CJEU.

First, the Consiglio di Stato, following the reforms introduced in the health sector, states that entities such as the Azienda are ‘entities with legal personality and commercial autonomy, namely organisational, financial, accounting and managerial autonomy’ (para 24). This leads the Judges to question the existence, or not, of any European exclusions on the participation of entities such as the Azienda in public procedures.

Second, the Consiglio di Stato considers it necessary to ask for a preliminary ruling by the Court of justice concerning further complaints made by DMS against the award in favor of the Azienda. DMS had argued that the participation in a tender of an entity such as the Azienda, which receives public funding, may be problematic in light of the principle of equal treatment between competitors. In such a situation a private undertaking not receiving any aid would have to compete with an entity receiving financial support from the State. The latter, thanks to such subsidies, would be able to make an offer much more advantageous than those that could ever be presented by a regular undertaking (para 28). On this point, the Consiglio di Stato also questions the need to ‘identify corrective mechanisms designed to even out the disparities existing between the various economic operators at the outset, mechanisms which must go further than procedures to check the potentially abnormal character of the tenders’ (para 28).

The Court of Justice, referring simply to its previous jurisprudence, answers the first question without difficulty, thus raising some doubts about the real need to pose the question thereon. The Court notes that the possibility of public entities participating in public tenders results not only from the precise wording of Directive 92/50, temporally applicable to the case at issue, but also that ‘a possibility to participate was recognised by the Court in the judgment in [Teckal, C‑107/98, para.51] and was repeated in the subsequent judgments in [ARGE, C-94/99, para 40; EU:C:2000:677, paragraph 40; CoNISMa, C-305/08, para 38; and Ordine degli Ingegneri della Provincia di Lecce and Others,C-159/11, para 26]’ (para 33).

The solution adopted by the Court is not surprising, as it is highly responsive to the wording of the directives and to the established European case law, while being perfectly in line with the ratio of the rules governing public procedures. As explained by the Court itself, ‘one of the objectives of the EU rules on public procurement is to attain the widest possible opening-up to competition’ (para 34). So it is a natural consequence that any restriction on the possibility of participating in a public procurement procedure may be in conflict with the goal of opening up the internal market. Of particular interest is the affirmation of the Court, which concluded that such an opening ‘is also in the interest of the contracting authority concerned itself, which will thus have greater choice as to the tender which is most advantageous and most suited to the needs of the public authority in question’ (para 34). Even if it is undoubtedly agreeable, such a goal seems to go beyond the competences of the European Union.

As for the second question, the Court excludes that it would be ‘desirable – as held by the Consiglio di Stato – to identify corrective mechanisms designed to even out the disparities existing between the various economic operators’ (para 41). The Court stated that ‘that the EU legislature, while being aware of the differences between competitors participating in a public contract, did not make provision for mechanisms other than those designed to check and possibly reject abnormally low tenders’ (para 41).

The Court holds on the one hand that the mere fact of receiving a grant from the State does not in itself exclude the possibility of an entity from participating in public procedures, even if this would allow it to make more advantageous offers than those which another undertaking not receiving aid could make (para 43). On the other hand, the it observes that, under certain conditions, Contracting authorities are obliged to, or at least may, exclude from the procurement procedure undertakings that receive public subsidies, especially where these grants constitute incompatible aid measures under Article 107(1) TFEU (para 44).

From this perspective, the Court agrees with the Commission that the fact that an undertaking keeps separate accounts in the manner specified by the Directive 2006/111/EC (so called Transparency Directive) can offer a useful means of verifying if a tender is abnormally low because of the existence of incompatible State aid. However, the Court points out that the absence of such separate accounts can not amount to a „presumption“ in favor of the conclusion that the offer ‘was made possible by the grant of a subsidy or State aid which is incompatible with the Treaty’ (para 45).

According to the Court, the tool to be used to test if a particularly advantageous offer has been made thanks to public subsidies is the one used for examining abnormally low tenders (as outlined in the Directive 92/50 temporally applicable to this case). The Court points out that this tool can provide the Administration with the information required to fully analyse a controversial offer.

The Court considers that, being the contracting authorities entitled to determine the method of calculating an anomaly threshold constituting an ‘abnormally low tender’ (para 49), with respect to the services to be performed, the contracting authority ‘may, in the course of its examination of the abnormally low character of a tender, take into consideration, for the purpose of ensuring healthy competition, not only the situations set out in the second paragraph of Article 37 of Directive 92/50 but also all the factors that are relevant in the light of the service at issue’ (para 50).

This perspective is particularly interesting because in this way the examination of abnormally low tenders can become an additional tool, sui generis, for the control of State aid. The contracting authorities, from the analysis of the composition of an offer, and in particular through the acquisition of relevant information from the undertaking concerned, may check if a particularly low offer may be the result of the use of subsidies received by the competitor in violation of the Treaties.

In conclusion, it can be noted that the perspective adopted by the Court in this judgment confirms what the writer had previously anticipated with respect to the possibility for in-house entities to acquire up to 20% of their turnover on market provisions (as provided for by the new Directives on public procedures[i]). It was in fact argued that the generous extent permitted by the legislator is not surprising, from a European perspective, given that State aid discipline ensures that in-house companies do not exploit their privileged position in the market[ii]

This is exactly what the Court has ended up recognising, with the addition that, in public procurements, the procedures for examining abnormally low tenders may act as a resource of last resort to prevent an aid measure from guaranteeing an illegitimately competitive advantage to an undertaking.

Dr. Gherardo Carullo, Ph.D. in law (University of Milan), LL.M. (King’s College London), specialises in public law, from a national and European perspective, and in particular in State intervention in the markets, both in his academic studies and in the legal profession.