Sie befinden sich hier: Lexxion > State Aid Blogs > State Aid Uncovered > A Textbook Case of i) How to Sell Public Assets without Passing on Incompatible State Aid to the Buyer, and ii) How to Work together with the Commission 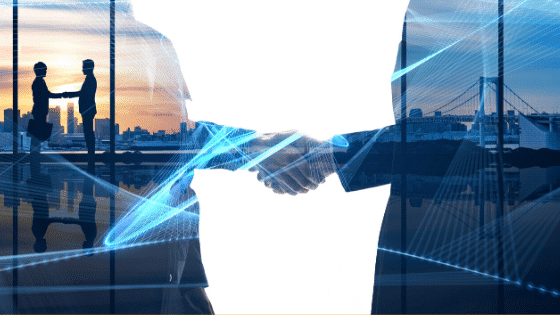 An undertaking that has received incompatible State aid must pay it back or, if it cannot, it must be liquidated. Before a recipient of possibly incompatible State aid is liquidated, its assets can be sold off to the highest bidder. The buyer of previously subsidised assets does not benefit from State aid if i) it pays a market price and ii) there is no economic continuity between the new owner and the undertaking that received the aid.
Introduction
The case which is reviewed in this article [SA.37954, sale of assets of Larco General Mining & Metallurgical Company] is instructive for two reasons.[1] First, it shows how to carry out a sale of public assets so that the sale does not include State aid either to the undertaking or to the new owner. Second, it demonstrates how Member States can work closely with the Commission to achieve their objectives [in this case, the orderly sale of a state-owned company], even in a situation where the Commission is likely to conclude that the undertaking in question has received incompatible State aid!Background

Greece notified, for legal certainty, its plans to sell certain assets of Larco General Mining & Metallurgical Company S.A. [Larco]. Larco is specialised in the extraction and processing of minerals such as lignite and iron. Larco is one of the largest ferronickel producers in the world. On December 2013 it had 912 employees and therefore qualified as a large enterprise. At the time of the notification, 55.2% of Larco’s shares were owned by the Greek

state through the Hellenic Republic Asset Development Fund [HRADF], 33.4% by the National Bank of Greece [NBG, a private bank] and 11.4% by Public Power Corporation [PPC, the incumbent electricity producer which is also under state control through a majority shareholding].

In the context of its economic adjustment programme, Greece undertook an extensive privatisation programme. Larco was also included in that programme.

In March 2013, the Commission initiated the formal investigation procedure in relation to six State aid measures in favour of Larco. The measures appeared to constitute State aid within the meaning of Article 107(1) TFEU. The Commission expressed doubts as regards the legality of the aid, as well as the compatibility with the internal market because Larco appeared to be a company in difficulty. At the time of writing, the formal investigation procedure was not yet concluded.

The object of the decision which is examined here was the assessment of the notification concerning the sale of certain assets of Larco and placement of the remaining company in bankruptcy.

In view of a potential conclusion of the formal investigation procedure by a negative Commission decision requesting the recovery of incompatible aid, the Greek authorities requested the Commission to confirm that a recovery obligation imposed on Larco would not concern the buyer(s) of certain assets, sold through the notified sales structure.

According to the notification, the Greek state, as the main shareholder of the company, decided the following sales structure:

It covered the Larymna smelter and the Agios Ioannis mining area. They constituted Larco’s main operating facility. Greece would initiate an open, transparent, non-discriminatory and non-conditional tender process for the sale to the highest bidder. Greece undertook to prevent other shareholders of Larco or their affiliates from participating in tender A, in order to ensure that these entities would not use the sales process as a means to continue Larco’s economic activity, while avoiding liabilities related to Larco.

In total, 33% of Larco’s assets net book value were covered by tenders A and B, representing approximately 60% of the company’s total ore extraction capacity.

The two tenders did not include any obligation on the buyer(s) to take over any of the employees of Larco. Any transfer of employees or employment contracts associated with the tendered assets would only be governed by the applicable provisions of EU and Greek law.

After the conclusion of the two tenders and irrespective of their outcome, Larco was to be placed in bankruptcy, according to the relevant national legislation. Its remaining assets would be disposed of as part of the liquidation process by an administrator. The proceeds were to be used to cover any outstanding liabilities of Larco, including the recovery of any potentially incompatible State aid, following a relevant Commission decision.

To avoid State aid to Larco or the buyer(s), the Greek authorities undertook the following commitments: i) The two tenders would be open, transparent, non-discriminatory and non-conditional, ii) the assets would be sold to the highest bidder.

In this way, any potential incompatible State aid to Larco would have to be recovered by that company, following a relevant Commission decision, and would not concern any buyer(s) of the assets under sale.

With respect to potential aid to Larco’s buyers, the Commission explained in paragraphs 42-43 of the decision that “in order to decide on whether there is State aid benefiting Larco or the buyer(s) of the assets, the Commission needs to confirm that the sale of any assets will take place at their market price.”

The Commission concluded that the sales structure would not result in State aid to Larco or its buyer(s) because the sale of assets would be effected through open, transparent, non-discriminatory and non-conditional tender processes to the highest bidders. [paragraphs 43-44]

With respect to potential aid to any successor of Larco after its privatisation, the Commission restated the principle that “the recovery obligation may be extended to a new company, to which the company in question has transferred or sold part of its assets, where that transfer or sale structure will trigger the conclusion that there is economic continuity between the two companies”[2] [paragraph 45].

More importantly, the Commission explained that, because the procedural Regulation 659/1999 does not provide for a declaration by the Commission on issues of economic continuity, “(47) thus, the present decision is a sui generis decision, in the context of the competences attributed to the Commission for State aid control, according to Article 108 TFEU, which is also the legal basis for the recovery of incompatible aid, in case of violation of Article 108(3) TFEU, as well as according to the principle of sincere cooperation, enshrined in Article 4(3) of the Treaty on the European Union.”

According to the case law [see cases C-328/99 and C-399/00, Italy and SIM 2 v Commission and the more recent case T-123/09, Ryanair v Commission] and Commission practice [see decisions concerning Olympic Airlines, Alitalia and SERNAM],[3] the assessment of economic continuity between the “old” entity and the new structures is based on a set of indicators. The following factors may be taken into consideration: the scope of the sold assets (assets and liabilities, maintenance of workforce, bundle of assets), the sale price, the identity of the buyers, the moment of the sale (after the initiation of preliminary assessment, the formal investigation procedure or the final decision) and the economic logic of the operation.

The Commission considered that the assets to be sold that were relevant for the assessment of economic continuity were the combined assets of Tenders A and B. This was because the „shoot-out“ clause created the possibility that the same buyer could succeed in both tenders.

In order to avoid economic continuity, the assets to be sold under tenders A and B would have to represent only a part of the previous company or its activities. This was acknowledged by the Commission because they represented only a part of the assets and the activity of Larco [33% of Larco’s assets net book value and about 60% of the company’s total ore extraction capacity]. With respect to the employees, the tenders would not include any specific obligation to transfer employment contracts or employees to the new owner(s).

In order to avoid economic continuity, the assets under tenders A and B would have to be sold at their market price. The competitive process ensured that the bidding would reflect market prices.

With respect to the identity of buyers, the Commission accepted that the new owner(s) of the assets would not have any economic link with Larco. This ensured that they would not be liable for any recovery of incompatible State aid.

The moment of the sale must not be such as to result in a circumvention of a decision by the Commission to recover incompatible State aid. The Commission observed that Larco had already been earmarked as a state-owned company for privatisation, in the context of the Greek economic adjustment programme. In addition, the Commission considered positively that the rest of Larco would be placed in bankruptcy, where its remaining assets and activities would be disposed of, in order to service outstanding liabilities, including a potential recovery order for incompatible State aid.

In relation to the economic logic of the operation, the decisive issue was “whether the buyer(s) of the assets will employ them in the same way as the previous owner or whether it will use them to establish a different activity or strategy” [paragraph 65].

“(66) The Commission agrees with the Greek authorities that the assets sold under Tenders A and B indeed seem to have a specific usage, serving in the activities of the extraction of laterite ore and the process and production of ferronickel, currently performed by Larco. … (67) In addition, the Commission considers that the new owner(s) who will not be obliged to take over any employees or employment contracts from Larco, will have the possibility to manage their activities under different operating conditions than Larco’s and will apply their own business model. (68) Thus, the Commission concludes that the economic logic of the operation is to allow new owner(s) to use certain assets of Larco under different conditions and not to continue the strategy of Larco.”

This conclusion, however, is doubtful. It is impossible to predict what the new owners would choose to do. At most what can be said is that the new owners would not be obliged to follow Larco’s strategy. The fact that they would not buy the whole company could be an indicator that they would not have all the means at their disposal to duplicate Larco’s strategy even if they wanted to do that.

But what this decision does not explain is why non-continuation of Larco’s strategy is relevant, given that the new owners pay a market price. The new owner obtains no advantage. The company that received the State aid is broken up and, at any rate, it is not the same company because it is now fused in a different corporate structure. It is true that sometimes subsidised companies change names or subsidised assets are transferred from one legal person to another in order to avoid repayment of subsidies. In such attempts to circumvent repayment, someone derives an advantage from the subsidies. But when the new owner pays a market price, it is difficult to understand what kind of advantage it derives even if it continues the market strategy of the company it acquires.

[1] The Commission decision can be accessed at: