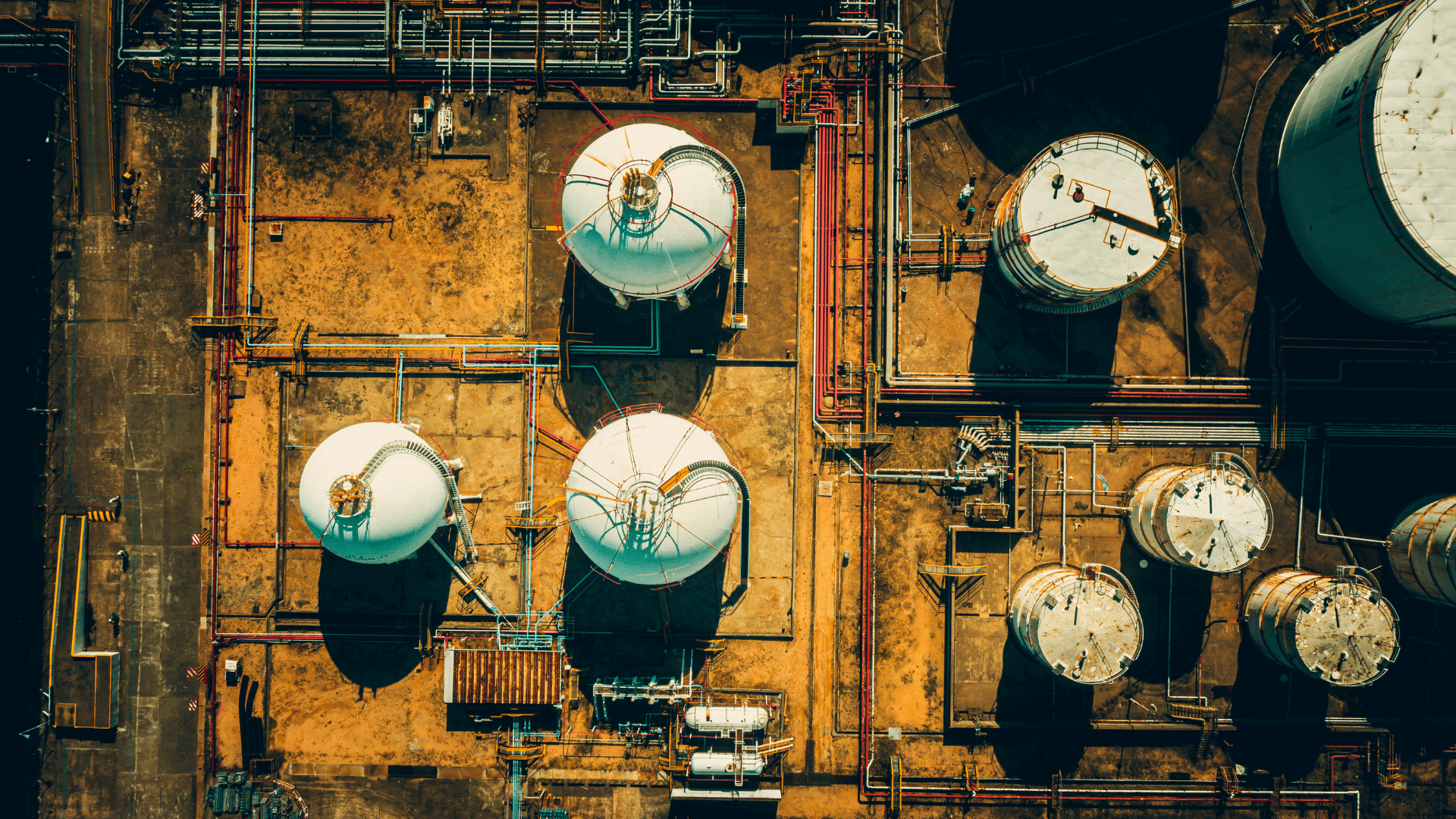 State aid up to 100% of the funding gap of a project can be compatible with the internal market.

The project involves the following:

The objective of the project, which has an expected lifetime of 30 years, is to strengthen the security of energy supply in Greece, and diversify access the energy sources.

For the construction of the various parts of the project, several firms have already been chosen through competitive selection procedures.

A beneficiary is Gastrade, a company with several major shareholders.

The costs and financing of the project

The full text of the Commission decision can be accessed at:

The annual operating costs are calculated to be about EUR 20 million and include the following categories: Personnel cost, the cost of energy for regasification, CO2 emissions cost, tug boat services, operation and maintenance cost and management fee, administration cost, general expenses and insurance cost.

The project will be financed by a combination of a grant [the State aid in question], a loan and a share capital, as follows:

The calculation of the funding gap was based on the following assumptions:

Revenues of the floating LNG terminal were based on the assumed capacity booking and actual tariffs.

The business plan assumed the absence of terminal value at the end of the project, as the terminal has a definite end of life and would not generate cash flows beyond its expected lifetime of 30 years.

The Greek energy regulator, RAE, has set the maximum allowed return at 10.94% during the first 15 years and 9.44% for the following years. The average WACC [nominal, pre-tax] calculated over the lifetime of the project is 10.50%, which corresponds to a WACC [real, pre-tax] of 9.30%.

The WACC [nominal, pre-tax] has been defined based on the WACC of 7.44% approved by RAE for DESFA, the public company distributing natural gas in Greece.

Given the WACC of 10.5%, the minimum project IRR [in nominal, pre‐tax terms] is 10.5% for the whole duration of the project, which is also the maximum allowed return. This IRR is translated to 9.3% in real, pre-tax terms which in turn is equal to the WACC [real, pre-tax] used to discount the cash flows.

The above targeted project IRR is also the cap of the project’s return. This is because an overcompensation mechanism has been designed so that the realised IRR will not exceed the IRR cap.

Assessment of the compatibility of the aid with the internal market

The Commission easily concluded that the measure constituted State aid. The assessment of the compatibility of the aid with the internal market was based on section 3.8 concerning “aid to energy infrastructure” of the Environmental and Energy Aid Guidelines [EEAG].

The assessment was carried out according to the following principles:

The aid must facilitate the development of an economic activity: Indeed the aid would develop capacity not currently available in Greece and not expected to be developed by market operators.

The aid measure does not unduly affect trading conditions to an extent contrary to the common interest.

The aid is expected to have positive effects as it will increase energy security and diversify energy sources.

The aid is expected to have limited negative effects. Due to the unwillingness of the market to finance such a project, there is need for state intervention.

The aid is appropriate as there is no other means of intervention that causes fewer negative effects.

The aid has an incentive effect because the business plan shows that without the aid measure, the LNG terminal would not be constructed because its high funding gap could not be recouped from the application of higher tariffs.

The aid is proportional as it does not exceed the estimated funding gap of EUR 137.2 million [the discounted value of the aid of EUR 137.2 million, is equal to 100% of the funding gap]. In addition, the profitability of the project, as measured by the IRR, does not exceed the remuneration required by the market, as measured by the WACC. Furthermore, the Commission was assured by the commitments of the Greek authorities to put in place a claw-back mechanism to avoid overcompensation above the rate of return of 10.50%.

The Commission also identified “distortions of trading conditions which cannot be avoided (despite the aid being necessary, appropriate, proportionate)”.

“(155) The project is exempted from the internal market legislation concerning the requirements for third party access; therefore, paragraph 215 of the EEAG is applicable.”

“(156) Pursuant to paragraph 215 of the EEAG, the Commission will carry out a case-by-case assessment of the potential distortions of competition taking into account, in particular, the degree of third party access to the aided infrastructure, access to alternative infrastructure and the market share of the beneficiary.”

“(157) As regards to the degree of third party access, the exemption granted to the project is limited solely for to capacity booked through the binding phase of market test. Third parties will have access to the project via the Open Season Procedure and will pay the same fees per unit of Gas as the shareholders of the project. Furthermore, the capacity caps imposed by RAE in the exemption decision (see recital (37)) limit the potential negative effects resulting from increasing the market power of players active in the gas market.”

“(158) Therefore, the Commission considers that the distortive effects on competition resulting from the Project are limited and justified.”

“(159) As regards access to alternative infrastructure, the Commission notes the potential impact on competition the realisation of the Project will have on the other LNG Terminal in Greece in Revithoussa. Moreover, should the Project be more successful than expected, the claw-back mechanism foresees a tariff decrease, which might be detrimental to competition by advantaging the Project over the alternative LNG terminal of the country. However, the Commission notes that the claw-back mechanism also foresees a return of excess profitability to the granting authority, thereby limiting the distortive effect mentioned here above.”

“(160) As regards the market share of the beneficiary, the Commission notes that, as stated in recital (37), also based on the capacity limits set by the RAE, no player would be able to increase its market share and ultimately distort competition, as a result of the capacity at the new LNG Terminal for the Greek market.”

“(161) The Commission takes note of the fact that currently several countries in the region (among others Serbia and North-Macedonia, see recital (23)) rely strongly on gas imports from Russia. The Commission considers that the project will have substantial beneficial effects by further diversifying the upstream gas market in the region. The Commission therefore considers that the project will actually contribute to improve the competition, by diversifying the gas supply sources in Greece and its neighbouring countries.”

“(162) In the light of the above arguments, it can be concluded that the aid has limited undue negative effect on competition and trade within the meaning of paragraph 214 of the EEAG.”

Lastly the Commission weighed the positive effects of the aid with its negative effects on the internal market.

“(163) A carefully designed aid measure should ensure that the overall balance of the effects of the measure is positive in terms of avoiding adversely affecting trading conditions to an extent contrary to the common interest.”

“(164) The aid will facilitate the development of a new LNG Terminal, thereby improving energy security of supply in Greece and in South East Europe. By providing an additional source of gas supply, in Greece and in several neighbouring countries, the aid will lead to the diversification of energy sources and increasing the integration of the regional gas market in eastern Member States of the EU.”

“(165) The Greek Authorities have designed the notified measure in such a way as to minimise the potential distortion of competition arising from the measure. Furthermore, by granting access to the project to all interested parties as described in recital (46), the measure will contribute to additional competition in the gas markets in the region. The overall impact on competition is deemed to be positive. The negative effects on competition are limited.”

“(166) Therefore, the positive impact of the aid measure in developing the economic activity at issue outweighs any potential negative effects on competition and trade. On balance, the measure is in line with the objectives of Article 107(3)(c) TFEU as it facilitates the development of an LNG terminal and hence the development of trade in LNG and natural gas in Greece and in the South East European region, and does not adversely affect competition to an extent contrary to the common interest.”