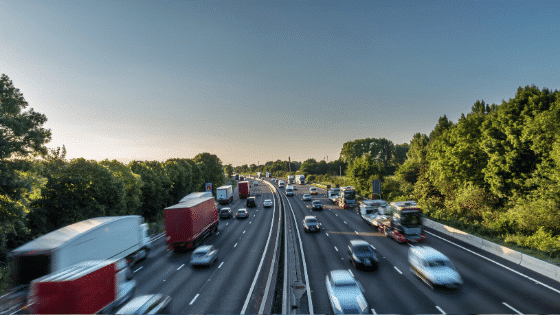 Aid that is granted after the start of a project lacks incentive effect and is, therefore, incompatible with the internal market. However, aid may be justified when a project runs into financial trouble and, as a result, is likely to be abandoned without the aid.
Introduction
In two decisions in December 2013, the European Commission authorised State aid for two motorway projects in Greece that had run into trouble as a result of the financial crisis. There is nothing unusual about the State stepping in to cushion the impact of the crisis. However, what makes these two decisions unusual is that i) initial public funding was found not to constitute State aid and ii) the subsequent funding was deemed to have an incentive effect.The previous decisions

In cases N 565/2007 and N 633/2007, the European Commission concluded in January 2008 that partial public funding for the design, construction and operation of two motorway projects in Greece did not constitute State aid.[1]

The two projects were implemented on the basis of concessions. The concessionaires were responsible for the construction and operation of the motorways for a period of 30 years. At the end of that period, the motorways would be returned back to the Greek State.

The concession holders were chosen through competitive selection and according to their score which was calculated by a mathematical formula. Their profit was set at a rate that would not exceed an internal rate of return which was deemed acceptable for such projects [about 11%].

The concession agreements specified the costs and risks to be borne by the concession holders and by the State. The concessionaires bore all the risks related to the construction, including risks related to mismanagement and to construction over-runs resulting from miscalculations or underestimations. In addition, they bore revenue risks from the levying of tolls. The winning bids were those that specified the lowest operating subsidy. The tolls were capped and there was a claw-back mechanism in case of excessive revenue.

The State accepted to bear the following risks: the risk associated with finding of antiquities, the risk in case additional works would be necessary, the risk of force majeure and the risk of unavailability of insurance.

Because the concessionaires were selected competitively, they bore risk and their return was capped and because the motorways were openly accessible [to anyone who paid the required toll], the Commission concluded that neither the operators, nor the users obtained any undue advantage.

In December 2013, in decisions SA.36877 and SA.36893, the Commission authorised aid to enable the concession holders, who in the meantime had run into financial problems, to complete the projects.[2] The problems were caused by increased interest rate on international loans and reduced revenue from already operating toll roads.

Part of the public funding was found not to constitute State aid, this time because the Greek State was liable for the costs incurred by the concessionaires. The costs were caused by delays linked mainly to “environmental permits, archaeological excavations, expropriation procedures and judicial and administrative delays”. The risk due to finding of antiquities was indeed to be borne by the State. But other delays appear to be the result of the “normal” functioning of public administration. It is not clear why these particular undertakings deserved to be compensated.

The part of the funding that was deemed to be State aid was found to be compatible with the internal market on the grounds which are typical for such projects. There was a large “funding gap” [i.e. a difference between the discounted costs and the discounted revenue] which made the projects uneconomical. The rate of discount [i.e. the IRR] was the minimum acceptable rate of return for the concession holders. This methodology for assessing the compatibility of State aid is now fairly standard. However, these two projects had at least two unusual issues which are in more depth below.

Aid to facilitate the completion of projects in trouble?

The Commission’s view was that they were separate because i) they were five years apart, and ii) the beneficiaries were in a different financial situation, despite the fact that iii) the measures had the same purpose.

But the essential issue is whether projects which started some time ago would be abandoned or continued as a result of unforeseen adverse financial developments. It appears that the funding gap widened beyond the maximum amount of the subsidy that could be offered by the Greek State under the initial concession agreements. The projects could have been stopped.

However, what is not clear is whether the concession holders had assumed contractual obligations that forced them to complete the projects under any market circumstances or, conversely, whether the contracts contained clauses that released them from those obligations. The force majeure clauses in the contracts referred to risks such as those linked to war, terrorism, radiation, etc. The financial crisis was not one of those risks. Perhaps the concession holders would go bankrupt if they were forced to continue and the projects would be abandoned anyway. Perhaps in case of bankruptcy, creditors would attempt to sell assets to recover at least part of their money and bankruptcy proceedings would delay the awarding of the project to a new consortium. None of these issues is analysed in the Commission decisions.

If the projects were just starting, then the funding gap method would be sufficient to determine the proportionality of aid. It is now the standard practice of the Commission to regard aid to be proportional as long as it does not exceed the funding gap.

However, in these two cases the projects were already underway. As suggested above, abandoning a project, especially a project which is carried out on the basis of a contract, implies certain liabilities by the concession holders towards third parties. There is no discussion in the two decisions of any kind of liabilities.

If the concession holders would avoid such liabilities, then the aid was disproportional despite the fact that it was equal or less than the funding gap. For example, if the funding gap of a project is 100, it is clear that the amount of aid must be 100 for the project to proceed. However, if not carrying out the project saves the investor 20, then the amount of aid can only be 80. This is because the investor has avoided the payment of 20 by going ahead with the project.

It is inconceivable that concessionaires who are tied in a concession contract could have walked away from the two motorway projects without any liabilities. Yet, the issue of avoided liabilities did not enter the calculation of the amount of State aid.

These decisions are unusual. They allow aid for projects that have already started but ran into trouble. Without the aid the projects would have been abandoned. The aid appears to have incentive effect in securing the completion of the projects. However, not all aspects of the impact of the projects appear to have been taken into account.