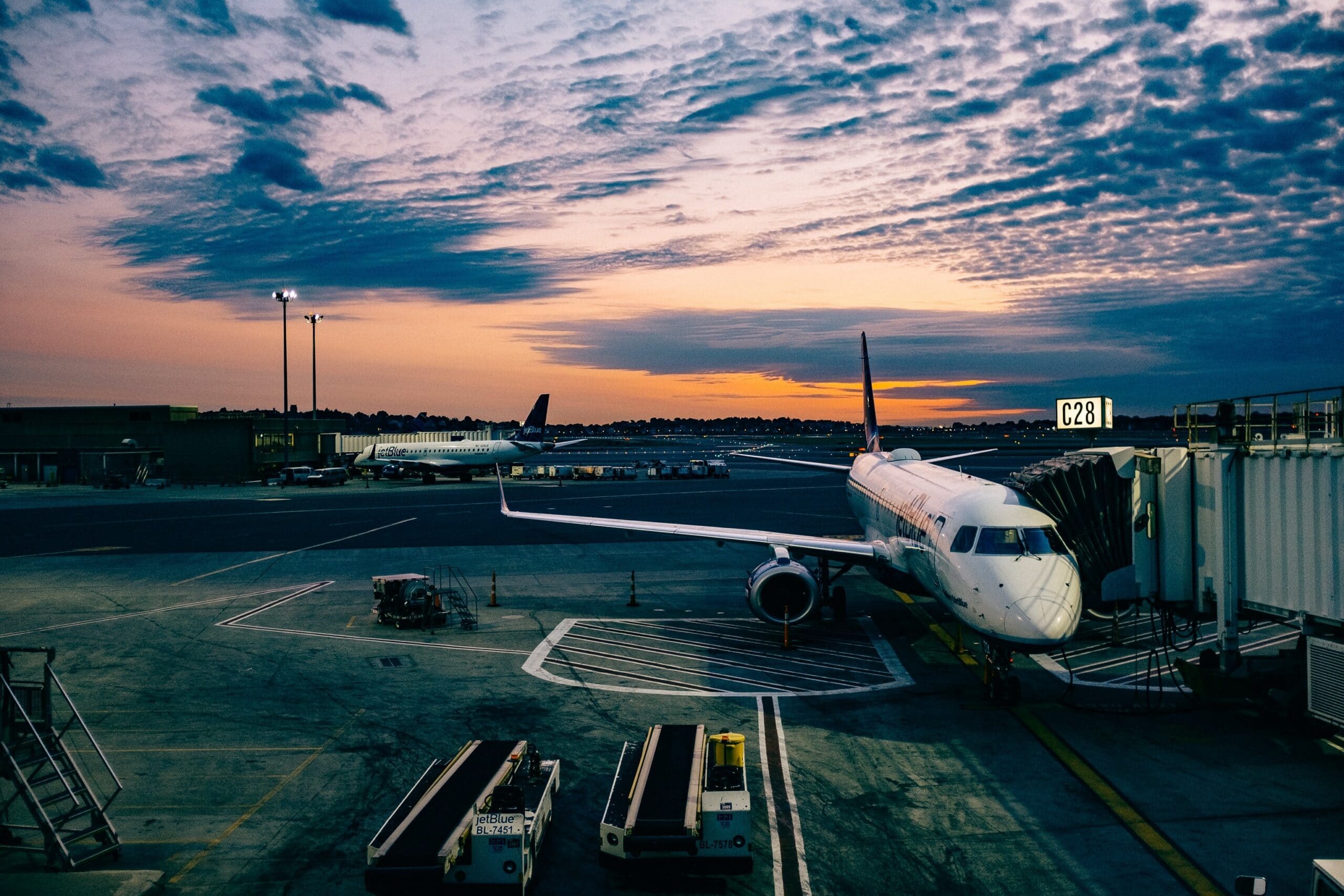 Public funding of infrastructure used for non-economic purposes does not constitute State aid. Public investment in infrastructure used for economic purposes does not constitute State aid if the investment can generate a return that is acceptable to a private investor.
Introduction
On 25 January 2018, the General Court ruled in case T-818/14, Brussels South Charleroi Airport v Commission.[1] Brussels South Charleroi Airport [the Airport] appealed against Commission decision 2016/2069.[2] In that decision the Commission found that the Walloon region had granted incompatible aid to the Airport for the construction and operation of its infrastructure. In the same decision, the Commission concluded that other measures in favour of the Airport and Ryanair did not constitute State aid.The measures that did not constitute aid were either standard commercial practices in agreements between the Airport and Ryanair or concerned funding for state tasks such as security or air navigation, which were not economic activities.Applicability of
State aid rules to infrastructure
The Court, first, confirmed the now established approach of the Commission which is to consider the 12th of December 2000 as the cut-off date for application of State aid rules to airport infrastructure. This is the date on which the General Court ruled in case Aéroports de Paris v Commission [T-128/98] that the operation of an airport and the provision of services to airlines were economic activities.The date of 12 December 2000 was important because Charleroi Airport argued that the measure in its favour was taken in July 2000. The Court, however, observed that the relevant date for State aid purposes is the date on which State aid is deemed to be granted. State aid is deemed to be granted when the recipient becomes legally entitled to the aid. That happens when the granting authority formally decides to approve the aid application. In the Charleroi case, the deliberations of the Walloon region before December 2000 were informal, non-binding and did not contain precise legal commitment towards the Airport. [Paragraphs 72-78 of the judgment]The 10-year recovery period

Then the Airport argued that even if State aid had been granted, more than 10 years have elapsed since then. Therefore, the Commission could not order recovery of the aid.

The Court observed that the aid had not be granted in July 2000 but in 2002. The 10-year period was interrupted on 20 April 2011 with the Commission’s first request to Belgium for information.

In its next plea the Airport claimed that the Commission committed errors in classifying certain activities of the airport as economic. In particular, the Airport argued that electronic guidance equipment and guidance services enabling aeroplanes to approach the runway in poor visibility were part of the air navigation system which was not economic in nature. Indeed, it is true that air navigation has been found by several judgments not to constitute an economic activity. The Airport now was advancing the argument that the approach to the airport ought to be considered as an extension of the overall air navigation system.

For its part, the Commission considered the guidance to approaching aircraft not to fall within the prerogatives of public authorities, but to be inherent in the commercial exploitation of airports. In order to be operationally and commercially useful to airlines, airports needed to have the necessary facilities to guide aeroplanes to land safely.

The Court recalled, first, that control and policing of airspace were typical tasks of public authorities. Then it noted that although equipment for electronic guidance for safe approach and landing was not mandatory under Belgian law, it could be used by airports to make their operations safer and therefore more attractive to airlines. This is especially the case if such equipment would prevent disruption of operations under adverse weather conditions. The Court also noted that even if the equipment were mandatory it did not contribute to the control and policing of airspace. It only contributed to the delivery of services that a civil airport would offer in a competitive context to airlines. [Paragraphs 99-103]

This is an important finding which together with other recent cases push back the frontier of state prerogatives and non-economic activities. Undoubtedly, equipment for ground approach increase the safety of aircraft operations. This by itself is not sufficient to turn an economic activity into non-economic just because the state is also responsible for safe navigation. The state is responsible for safe navigation because there cannot be a market for competing undertakings providing navigational guidance. [Although I think that the state can delegate to a company the task of managing air navigation, there cannot be competition between different providers of air navigation instructions.] By contrast, when an aircraft is beginning its descend to an airport, it is no longer in common airspace. It enters the airspace of responsibility of the airport. The landing approach is merely an extension of the service offered by the airport. The Court and the Commission were right that the quality of the guidance for safe landing is inherently linked to the economic activities of airports. Since safe airports are more competitive than unsafe airports, it is in the interest of individual airports to provide that service to airlines. [Incidentally, I wonder when firefighting services will also be counted in the economic activities of airports.]

How to apportion economic and non-economic costs

In recital 366 of its decision the Commission considered “as non-economic those costs associated with investments in and maintenance of buildings and equipment used for both economic activities and non-economic activities, in a proportion corresponding to their use for a non-economic activity. In particular, 7% of the cost of investments made in the new terminal may be regarded as non-economic in nature, because 7% of the terminal surface area is occupied by police and customs services, passenger and baggage search officials, and officials from the Walloon Public Service responsible for site safety.” For buildings, this simple solution is probably right. For equipment a different measure [i.e. other than surface] may have been more appropriate. At any rate, the Court was asked by the Airport to examine whether that was a correct method for apportioning costs.

The Court noted in paragraphs 130-131 of its judgment that premises for public services represented 7% of the surface area of ​​the terminal, 7% of the areas occupied by the technical installations, such as for heating, 7% of the circulation areas, such as those taken up by stairs and corridors, and 100% of the surface area in which public authorities exercised their tasks. The Court rejected the notion that public tasks such as customs controls would be exercised in areas such as corridors and cafeterias. Given that the Commission based its calculations on data submitted by Belgium and in the absence of any credible and more detailed information by the Airport, the Court concluded that the allocation key used by the Commission was appropriate.

The Airport claimed that the Commission committed several errors in applying the MEIP. Although the Commission admitted that indeed some of the figures it used were incorrect, it argued that they had no material effect on the outcome of its calculations and eventual assessment. Indeed the corrected figures showed an even worse outcome for the Airport, resulting in a larger negative net present value.

The Commission used the capital asset pricing model [CAPM] to calculate the economic rationality of the public investment in the Airport. First, the following data and assumptions used by the Commission to estimate the average weighted cost of capital:

On the basis of those data and assumptions, the Commission calculated the weighted average cost of capital (C) according to the following standard formula:

where the cost of capital (kE) is given by the CAPM according to the formula:

On the basis of the above, the Commission deduced that a discount rate of 9% was a reasonable rate. The NPV of the expected cash flows, discounted at 9%, resulted in a negative value which was – EUR 83.7 million.

In paragraphs 170-172 there was an interesting exchange on whether the Commission should have used the yield on the 10-year German bonds instead of the 10-year Belgian bonds. The Airport claimed that the German bonds should have been used as the reference rate for the risk-free investment. Indeed, this is an important question for public investments in the Eurozone, given that the German government bonds are the safest asset and that there is no exchange rate risk between Eurozone countries. Unfortunately, the Court did not examine this issue because the Airport failed to indicate how the use of the rate for the German bonds could have affected the NPV and perhaps turned it from negative to positive. It is worth noting that the German bond rate for the corresponding period was about 4.9%. The difference between the German and Belgian rates was 0.26-0.47%. It was very unlikely that such a small difference would have had any significant effect on the results of the calculations. But still we have no answer to the important question as to which government’s bonds in a monetary union should be used as the benchmark for the risk-free rate.

Definition of the relevant market and identification of distortions of competition

The Airport criticised the Commission for having failed to analyse the relevant market properly and the Commission’s finding that the aid had caused significant distortions of competition between Charleroi and Brussels-National airport at Zaventem.

The Court noted in paragraphs 208-211 that the Commission was not required to establish the existence of a real impact of aid on trade between Member States and of an effective distortion of competition, but only to examine whether the aid was likely to affect such trade and to distort competition. Consequently, the Commission was not required to demonstrate that there was a causal relationship between the aid and the increase in traffic at Charleroi and the decline in traffic at Brussels-National. The Court explained that the fact that the competitive situation of those airports could also have been influenced by factors other than the aid in question did not preclude the conclusion that the aid was likely to affect trade and to distort competition.

The Commission was also not required to carry out an economic analysis of the actual situation of the relevant markets, of the market share of the undertakings benefiting from the aid, the position of competing firms and trade flows between Member States. Moreover, when aid is granted unlawfully, as in the present case, the Commission is not required to demonstrate the actual effect that that aid has on competition and trade between Member States. The Court concluded that the Commission was not under a legal obligation to define the relevant market and to establish the existence of a causal link between the aid and the actual effects of that aid on the traffic at the two airports.

The Court also stressed that the finding of a selective economic advantage in favour of the aid recipient was sufficient for the purposes of establishing a risk of distortion of competition within the meaning of Article 107(1) TFEU. Although this is true in this particular case because it is an ad-hoc measure, it does not necessarily hold for schemes that may apply to whole sectors and all possible competitors. Each of the criteria of Article 107(1) has to be assessed individually and one cannot be inferred from another.

Since the Court did not find that any of the pleas of Charleroi Airport had any substance, the appeal was rejected in its entirety.

This is not a path-breaking judgment but it is nonetheless important because of its definition of the boundary between economic and non-economic activities, its confirmation of the CAPM and of its analysis of the meaning of trade effect and distortion of competition.