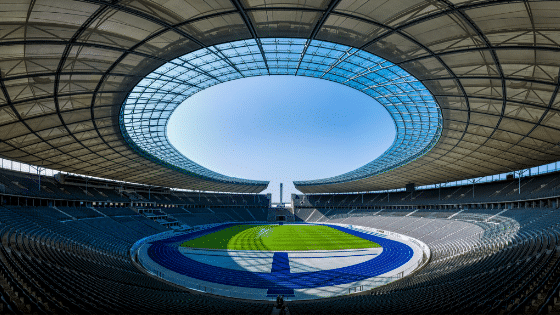 After the judgments of the General Court and the Court of Justice on public funding of infrastructure in the now landmark case of Leipzig-Halle, the European Commission is scrutinising more closely than ever the construction and operation of stadiums and arenas.

In March 2012, the Commission opened two in-depth investigations into public funding for multi-function arenas, one in Uppsala (Sweden) and another in Copenhagen (Denmark). The investigations were concluded about a month ago with positive decisions.

In both cases, public funding constituted state aid and, given the absence guidelines on infrastructure, both cases were subject to detailed economic assessment (balancing test). The aid was found to be compatible on the basis of Article 107(3)(c).

In addition, the Commission concluded its appraisal for two other arenas, this time located in Germany, again with positive decisions. As a result there is now a substantial body of decisional practice that indicates how such projects are treated by the Commission and what Member States must do in order to ensure that their funding either does not constitute state aid or is compatible with the internal market.

Public funding is justified when

In addition, the Commission is unlikely to authorise excessive investment aid or any operating aid. So it will use the detailed assessment to exclude funding that may be too distortionary, as in the case of the arena in Copenhagen.[1]

Since the text of the Commission decisions on the arenas in Copenhagen and Uppsala are not yet in the public domain, the rest of the posting examines in greater detail the salient aspects of the decisions concerning the two arenas in Germany.

On 20 September 2012, Germany notified the plan of the City of Erfurt, Capital of the Land of Thüringen, to renovate and reconstruct its sport stadium into a multifunctional arena. It plans to transform it from a mere sports stadium into a multifunctional arena which will be used primarily for football, athletics, popular sport, or other events like concerts, but in addition should now also offer the possibility to host company events or congresses for business and other users in the Region.

The city owns the stadium. The Land Thüringen and Erfurt decided to jointly finance the renovation. The estimated costs are €35,191,000. The Land will cover 83.8% (€29,479,000) and the City of Erfurt the remaining 16.2% of the costs. An operating company will be entrusted with the operation of the stadium. This company will be founded by the town which will retain 51% of this company; the remaining 49% will be sold to a private commercial company which will be found following a Europe-wide tender. The amount of the rent which the operating company will have to pay to the town is determined by the town’s cost of maintaining the stadium premises and of the depreciation of its 16.2% share in the renovation costs over 25 years. Accordingly, also the operation contract will be over 25 years. Erfurt envisages a profit of 3-4% for the operating company. The rent, which was calculated on this basis and which will be specified in the tender procedure, will rise annually by 2%.

The operating company will rent out the stadium to its various users. A regular user will be the local third league professional football club. It will furthermore rent it to non-commercial users for school sport, non-professional athletic competitions, cultural or societal events and to professional users (company events, congresses). Prices charged to professional users will be market oriented. For the captive client, the football club, they will be determined by a comparison with prices clubs pay in other arenas of comparable size. For non-commercial users (cultural, social, popular sport, or non-professional sport competitions), the fees will be set at a lower level which respects the financial ability of the users to pay. For that purpose, the city will rent stadium capacity from the operator, which it passes on to these users, or at single occasions refund the difference to the operator.

“This operating company may exploit the arena, although the full costs of building the infrastructure are not passed on to it. It is thus saving costs in comparison to a situation which would reflect commercial terms. Although the private partner of the operating company will be chosen as a result of an open, transparent and non-discriminatory procedure (ensuring that it does not receive more than a normal market return for its activity and thus excluding overcompensation), an advantage would be present for the operating company; the rent will not include the recovery of the full costs of building the infrastructure, which is used by the operating company for carrying out its economic activity, and the city will refund the operator for the low fees it is asked to request from non-commercial users, an income it would not have without this financial intervention. Therefore, the operator enjoys an economic advantage from state resources. The operator is thus the beneficiary of aid.” [paragraph 12]

With regard to the existence of an advantage for users, the Commission acknowledged that the participation of a private investor in the operator would create incentives for the charging market prices. Furthermore, Germany made a commitment to “apply a market oriented fee.” Nonetheless, the Commission concluded that “in the absence of any clarification on how that fee will be calculated” it could not “exclude that part of the economic advantage benefitting the operator will indeed be transferred to the final users through prices which are indeed below those for the use of comparable infrastructure under normal market conditions.” [paragraph 12]

With respect to effect on trade, even though the Commission considered that the distance from the closer international border was more than 100km away and that it was unlikely that non-German undertakings would make sue of the arena, it still concluded that it could not exclude the possibility of a cross-border effect.

Once the Commission found that the public funding constituted state aid, it proceeded to assess its compatibility with the internal market. It concluded that the aid was compatible because, first, the funding of a sports facility served a public policy purpose. Moreover, there was no alternative stadium in the vicinity.

Second, the aid was well-targeted in addressing the specific problem of under-investment in sports infrastructure. The public financing of the arena was necessary because no private investor was willing to finance a medium-sized regional multipurpose stadium.

Third, the aid was proportional because the funding of the operating company was minimised and users would pay market prices.

Lastly, “the professional activities which are to be carried out in the arena are of local character; therefore the aid will not affect trading conditions to an extent contrary to the common interest.” [paragraph 20]

On the same date as the previous measure, Germany notified the plan of the City of Jena, situated in the Land of Thüringen, to renovate and reconstruct its sport stadium into a multifunctional arena.

Jena plans to extend the possible scope of uses of the arena because the town lacks appropriate facilities for such events. In the region there are no other publicly or privately owned sport arenas of significant size.

The city owns the stadium, will organise and finance (together with the Land Thüringen) the restructuring, and will operate the stadium by its own means and administration. The estimated costs are €34,450,000. Of this amount, €26,450,000 will be financed through the Land Thüringen, and the remainder by the City of Jena.

Jena will rent the stadium to two local non-professional football clubs and to other non-commercial users for school sport, non-professional athletic competitions, cultural or societal events. The fees will be set at a level which respects the financial ability of the users to pay.

The city will engage a management company (chosen through tender) which will be entrusted – in exchange for a management fee which is subject of the tender – to market the stadium for professional use (company events and congresses) and to assist in the organisation of these events. The rents collected for this professional use remain due to the city of Jena. The management company will not be an operator which exploits the infrastructure independently and on its own account. It will just provide a limited set of services to the City of Jena. The duration of this contract is three years. The contract will provide for a mechanism by which the management fee will be increased moderately in case of a higher than expected turnover. This mechanism is introduced to ensure that prices charged to professional users will be market oriented.

Unlike in the case of the stadium in the city of Erfurt, no operating company will be set up to run the stadium in Jena. Rather it will be run by the administration of the city itself. This did not stop the Commission from finding that the “activity” will receive state aid. [paragraph 10] With respect to the management company the Commission concluded that it would not receive state aid because the competitive selection procedure would lead to a fee that reflected market terms. Users would also tend to pay market fees, especially because the fee of the management company would depend on revenue. However, once more the Commission concluded that “in the absence of any clarification on how that fee will be calculated the Commission could not exclude that part of the economic advantage benefitting the operation will indeed be transferred to the final users through prices which are indeed below those for the use of comparable infrastructure under normal market conditions.” [paragraph 12]

The compatibility assessment was largely identical to that for the stadium in the city of Erfurt.

See also the Commission press release on the Uppsala arena: