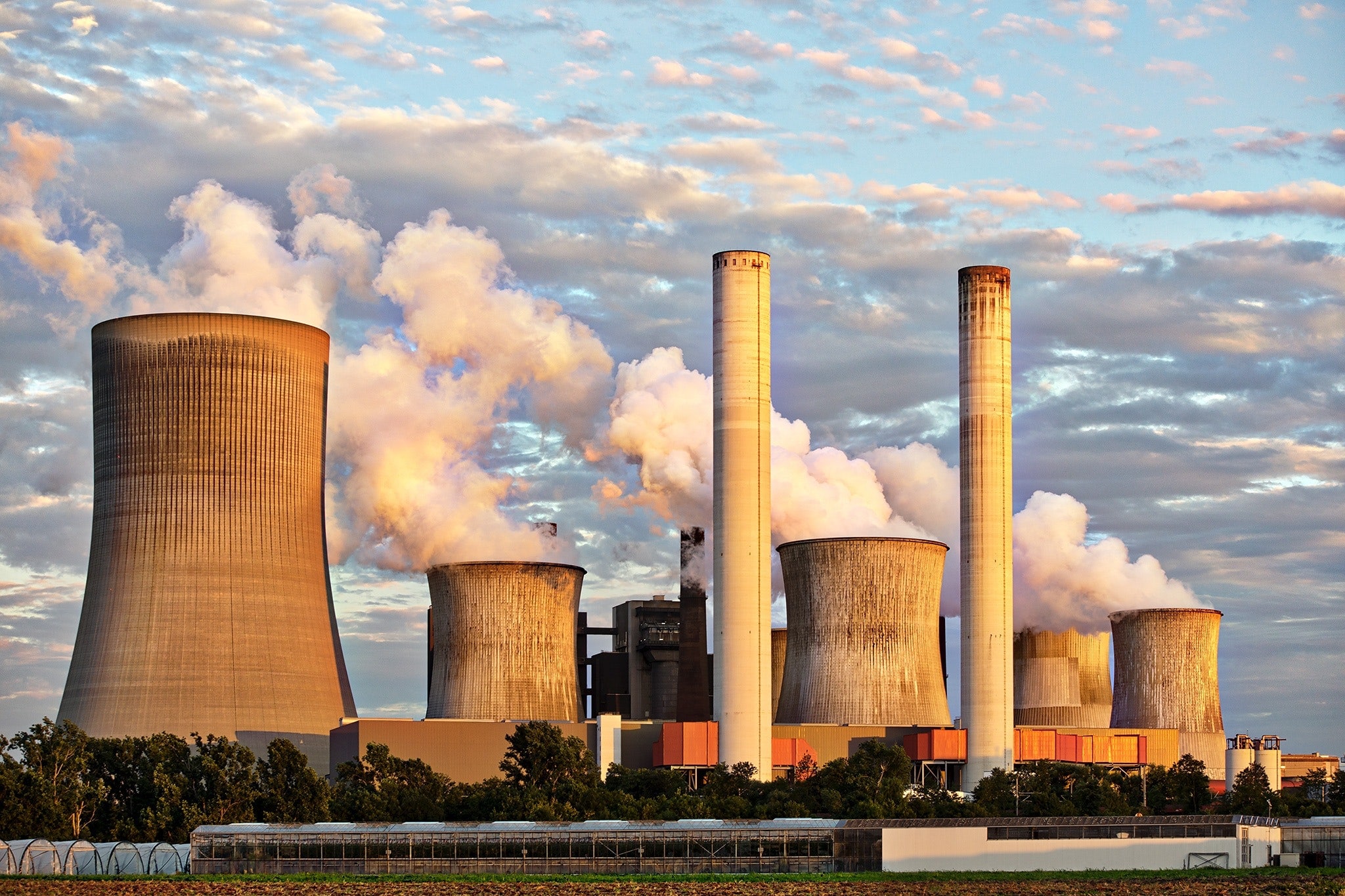 State aid does not have to be awarded on the basis of a competitive procedure, unless the relevant rules require it. Secondary legislation may allow Member States to make direct awards without a prior competitive procedure. Public procurement rules do not apply to awards between contracting authorities.

Introduction
Public procurement and State aid rules have the same basic objective: to prevent distortions to competition in the internal market caused by the behaviour of public authorities. But they protect competition by proscribing different kinds of behaviour. Public procurement rules prohibit the granting of discriminatory rights and privileges in the form of contracts while State aid rules prohibit the discriminatory granting of public resources. Even though the targeted behaviour, practices and policy instruments may overlap, they do not necessarily coincide.In general, the use of competitive procurement procedures eliminates advantage and therefore ensures that public measures are free of State aid. If State aid cannot be avoided, then competitive procurement procedures limit the amount of aid, which makes the aid proportional and, consequently, compatible with the internal market.A principle from the case law is that in order for State aid to be compatible it may not infringe any other provision of the Treaty, including public procurement rules. Indeed, the GBER and the guidelines do require compliance with public procurement directives or stipulate that aid may be granted only according to open, transparent and non-discriminatory procedures.However, there are several instances in which public procurement rules may not apply or need not apply. This article examines three recent cases in which the non-application of public procurement rules did not affect the compatibility of the aid.

In October 2014 the European Commission in decision 2015/658 approved State aid that was to be granted by the UK to EDF for the construction and operation of the nuclear power station Hinkley Point C.[1] One of the issues that were examined by the Commission was whether the UK should have followed a public procurement procedure. It concluded that it was not necessary for the following reasons.

“(352) By contrast, State acts such as authorisations or licences, whereby the Member State or a public authority thereof establishes the conditions for the exercise of an economic activity, including a condition to carry out a given operation, granted, normally, on request of the economic operator and not on the initiative of the contracting authority or the contracting entity and where the economic operator remains free to withdraw from the provision of works or services, do not qualify as procurement.”

“(353) Likewise, the mere financing, in particular through grants, of an activity, which is frequently linked to the obligation to reimburse the amounts received where they are not used for the purposes intended, does not fall under the scope of the aforementioned Directives.”

Subsequently, Austria asked the General Court, in case T‑356/15, Austria v Commission, to annul the Commission decision authorising aid for Hinkley Point C.[2] One of the arguments of Austria was that the UK should have launched a tendering procedure for identifying the most efficient builder/operator of Hinkley Point C and for determining the minimum necessary amount of aid.

In paragraphs 636-676, the Court rejected that argument on the grounds that the construction and operation of Hinkley Point C was not a public works, or public service supply or a concession project. Moreover, the Court found that the UK government had imposed no public service obligation on EDF. It merely offered aid to make possible the construction of the nuclear power station.

Then the Court considered Austria’s claim that the selection procedure used by the UK was insufficient, because there was no call for tenders in relation to the construction and operation of Hinkley Point C and, as a result, there was breach of the principles of equal treatment, non-discrimination and transparency inherent in the Treaty on the Functioning of the European Union.

The Court recalled that “(686) the principles of equal treatment, non-discrimination and transparency are applicable to public contracts, to concessions, to exclusive authorisations and to exclusive licences granted by a public authority and for which the EU legislature has not laid down special rules. Where such contracts or such rights are awarded, the principles of equal treatment, transparency and non-discrimination require that the Member States ensure a degree of advertising sufficient to enable the competition selection procedure to be open and the impartiality of the award procedures to be reviewed”.

“(687) However, in that context, it should be noted that the principles of equal treatment, non-discrimination and transparency do not necessarily require a tendering procedure in order for a particular project to be launched … They do not therefore limit the right of a Member State to choose between a public contract and the grant of a subsidy to encourage undertakings to achieve a particular public interest objective.”

“(688) The Court must therefore reject the argument of the Republic of Austria alleging breach of the principles of equal treatment, non-discrimination and transparency, without there being any need to determine whether the measures at issue may be treated in the same way as an exclusive authorisation or licence”.

Therefore, unless expressly required by the relevant rules, Member States are not obliged to launch a competitive procedure before they grant a subsidy to a project.

The 2012 SGEI Framework does require compliance with public procurement directives. Therefore, the Commission in decision SA.47707 examined, among others, whether Denmark had complied with that requirement.[3]

The Commission first recalled that “(139) according to recital 19 of the 2012 SGEI Framework, „Aid will be considered compatible with the internal market on the basis of Article 106(2) of the Treaty only where the responsible authority, when entrusting the provision of the service to the undertaking in question, has complied or commits to comply with the applicable Union rules in the area of public procurement. This includes any requirements of transparency, equal treatment and non-discrimination resulting directly from the Treaty and, where applicable, secondary EU legislation. Aid that does not comply with such rules and requirements is considered to affect the development of trade to an extent that would be contrary to the interests of the Union within the meaning of Article 106(2) of the Treaty.“

However, “(140) pursuant to Article 4(2) of the Postal Directive, Member States have the discretion to designate by law the postal USO operator and are not obliged to organise a tendering procedure for its selection.”

“(141) The Commission considers that it is only if Member States decide to organise a tendering procedure for the selection of the postal USO operator that public procurement rules would be applicable.”

“(142) In the present case, the Danish authorities have opted for the direct entrustment of Post Danmark, in conformity with the Postal Directive. It follows that public procurement rules are not applicable and that the direct entrustment of Post Danmark as the USO provider can be considered to be in line with recital 19 of the 2012 SGEI framework.”

Therefore, even though the SGEI rules require Member States to comply with the public procurement directives and the principles that emanate directly from the Treaty, in fact Member States are allowed, in the area of postal services, to grant direct awards.

“(112) Article 2(1)(4) of Directive 2014/24/EU defines ‘bodies governed by public law’ as bodies that have all the following characteristics: (a) they are established for the specific purpose of meeting needs in the general interest, not having an industrial or commercial character; (b) they have legal personality; and (c) they are financed for the most part by the state […] or are subject to management supervision by those authorities or bodies; or have an administrative, managerial or supervisory board, more than half of whose members are appointed by the State, regional or local authorities, or by other bodies governed by public law.”

“(113) In this context, the award of a public contract by contracting authority to another contracting authority on the basis of an exclusive right would be exempted from the application of Directive 2014/24/EU on public procurement rules provided the awarding act is compatible with the principles set out in the TFEU.”

“(117) First, in relation to the question of whether Czech Post can be considered a contracting authority, the Commission notes that, according to the Czech authorities, Czech Post, is wholly-owned by the Czech State, has legal personality and is subject to managerial supervision by the Ministry of Interior of the Czech Republic. In particular, The Ministry of Interior has the power to modify the activities of the Czech Post and the power to appoint and dismiss Czech Post’s director general as well as ten out of 15 members of its Supervisory Board.”

“(118) In addition, the Czech authorities submit that Czech Post was established for the specific purpose of meeting needs in the general interest, not having an industrial and commercial character. In this regard, it is noted that Czech Post is the current provider of the postal Universal Service Obligation. It also provides specific services for the Czech State, such as administration of cash pension payments, CzechPoint services, collection of payments for the Czech public television, and radio licence fees.”

“(119) Second, as to the question of whether the direct award of the provision of the DBIS to Czech Post can be considered to be the exercise of official authority under Article 51 of the TFEU, the Commission notes, first, that the restriction seems appropriate to achieve the objectives pursued. According to the information provided by the Czech authorities, the grant of an exclusive right to operate the DBIS is appropriate to achieve the objective of streamlining the communication between the public authorities with each other, and with the citizens, in the sense of increasing the efficiency of the communication, and enabling the conversion of paper-based documents into electronic form with the same legal effects of a certified copy so that all communications delivered by means of DBIS are granted the same legal value as acts delivered in writing. Therefore, it seems that the DBIS service contract appears to be appropriate for achieving the objective of increasing the efficiency of the exercise of official authority.”

“(120) Third, the grant of the exclusive right to Czech Post, which is wholly-owned by the Czech Republic, seems necessary because, as described in detail in recitals 71 to 73 above, the DBIS is a strategic service for the Czech State and certain critical functions of the system, such as security and access to DBIS, must be controlled by the State.”

“(121) Fourth, in order to comply with the requirement of not going beyond what is necessary, the Czech authorities indicate that Czech Post will be directly responsible for the implementation of the most critical functions, such as, for instance, system integration, security audit, website management, second and third level Service Desk, etc. but will contract the elements of the service over which there is no need to exercise strict State supervision, via a tender procedure, to an external provider.”

“(122) Based on the above, it appears that the DBIS service contract can be awarded by the Ministry of Interior of the Czech Republic on the basis of an exclusive right under Article 11 of Directive 2014/24/EU and that this exclusive right in the circumstances described above would be compatible with the TFEU.”