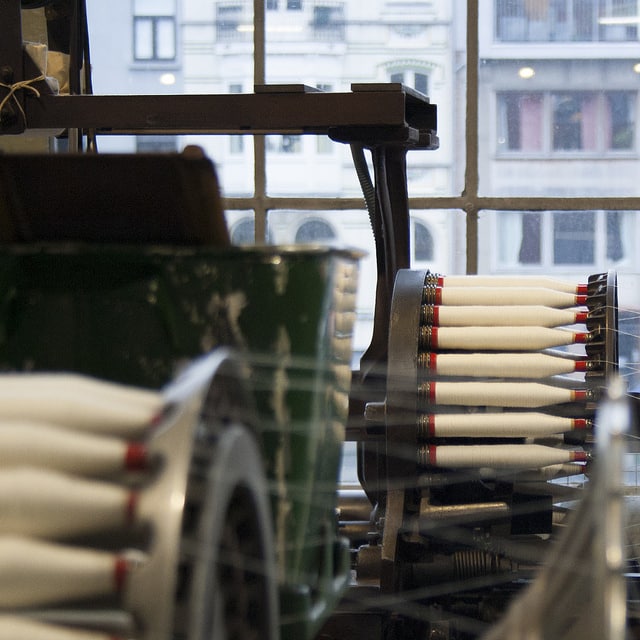 A company that applies for State aid is considered to acquire a right to that aid when assurances it has received from the granting authority can be enforced in court. The price of land can be reduced by the cost that a new owner would expend to make the land usable.

In decision SA.40448, the Commission assessed aid that was granted by Germany to Getzner Textil Weberei [GTW].[1] The Commission’s assessment followed an investigation which had been prompted by a complaint.

The German beneficiary of the aid is owned by an Austrian company. GTW is based in Germany and employs about 75 persons who manufacture textiles. GTW transfers all of its production to its Austrian parent company, which then sells it in West Africa.

GTW was alleged to have received a grant of €12.6 million to support investment in the construction of a new production facility and in the acquisition of 108 weaving machines totalling €47 million. In addition, it was claimed that GTW bought public land at a price below market level.

The Commission examined both the investment grant and the sale of land. With respect to the grant, there was no doubt that it fell within the scope of Article 107(1) TFEU. The only contentious issue at hand was its compatibility with the internal market.

It then proceeded to determine whether the aid was granted in compliance with the provisions of that regulation. As most of the provisions for regional aid have changed since then, the findings of the Commission are not reviewed here, with the exception of the following interesting points.

With respect to the incentive effect, the Commission observed that the requirements of the Regulation were satisfied “(28)(6) as, prior to the start of works, the beneficiary had applied for aid and the responsible authority had confirmed in writing that, subject to the final outcome of a detailed verification, the project met the conditions of eligibility laid down by the scheme. Specifically, the application took place on 11 March 2014 and works on the investment started on 1 April 2014. The granting body, the Thüringer Aufbaubank, confirmed in writing on 13 March 2014 that, subject to a detailed examination of the fulfilment of all applicable conditions, the investment project is eligible for regional investment aid. The Commission would like to add that the granting did not take place via a document in which the aid measure was promised on 24 January 2014 because the document clearly states it is a “draft” (Entwurf), and it contains an indication that an application will need to be submitted by 15 April. Thus, this document could not create an irrevocable entitlement (verbindliche Zusicherung) to the aid measure which would be enforceable in court by the beneficiary. Thus, the incentive effect requirements were properly complied with.”

This assessment is still relevant under the current rules. The only credible indication that a public authority is committed to fund a project is a document that confers to a company a legal right to State aid. The Commission clarified in this case that the proof that such a right had been granted was that it could be enforced by a court.

With respect to the overall size of the investment and whether the total amount exceeded the individual notification threshold, the Commission noted that “(28)(9) the allegedly planned investments by the beneficiary’s parent company in Austria do not need to be added to the €47 000 000 investment costs. This is because pursuant to Point 60 of the RAG, the assessment of whether or not different investment projects constitute a „single investment project“, will be determined on the basis of technical, functional and strategic links and the „immediate geographical proximity“ (emphasis added). Given that the alleged investment is taking place in Austria, this immediate geographical proximity is not present.”

Again, the same principle would be relevant today, even though the rules on single projects have changed and they refer to projects within NUTS 3 regions. Certainly investments in other Member States must be ignored because no NUTS 3 region extends from one country to another.

With respect to aid granted by another Member State to the parent company, the Commission rejected the claims of the complainant. “(28)(12) Finally, any export aid allegedly granted to the beneficiary’s parent company in Austria cannot be cumulated with the regional investment aid measure, as, assuming it has been granted, it would have been granted for different eligible costs and for a different purpose/project, and thus it would not fall under the situations of cumulation that Article 6 of the Regional Block Exemption Regulation prohibits. In fact, the aid would even be granted by different Member States.”

The sale of land

The Commission went on to remark that “(33) on the other hand, the independent expert evaluator’s assessment appears to be based on a credible methodology which is contained in an officially signed land value evaluation report. It based the basic square meter price on the official reference value database (the „Bodenrichtwertkarte“) applicable to the location, which was indicated as €15/m2 on the relevant date for use without any construction on it. The reference value of €15/m2 resulted in a theoretical value of €356 940. From this, 20% (€71 388) was deduced given that an „unevenness“ or relatively steep decline in the ground required corrective action. The final value was thus determined as €276 000.” “(34) The Commission finds this evaluation methodology credible. The Commission also sees no reason to doubt either the independence of the expert evaluator or his expertise given his professional qualifications described in recital 18(4).”

To be fair, if the Commission adopted the same rigorous approach towards its own assessment, it should have questioned how the expert had arrived at the 20% deduction. Was it based on calculation of the actual cost of levelling the land? More importantly, however, the price of land is rarely equal to the value derived by the buyer. Normally, the price reflects the value of the land to an alternative buyer. Hence, it is not obvious why that plot needed corrective action before it could be used by an alternative buyer. The expert should have provided explanation for the claimed need.

This explanation should have been required by the Commission, given that in the very next paragraph in the decision, the Commission found “(35) convincing the German authorities’ description of the efforts by the city of Gera to sell the property, which was almost successful vis-à-vis a third party in 2011 at a price highly comparable to the price paid by the beneficiary. The Commission would also like to point out that it does not see any reason to doubt the veracity of the information relating to the actual sales prices at which comparable real estate property sales took place (i.e. between €9.5 and €12/m2 between 2010 and 2014). The €12/m2 price paid by Getzner Textil Weberei GmbH in 2014 is also in line with these prices. It is also credible to the Commission that the value of the property had to be adjusted given an unevenness of the ground, which resulted in a decrease of the value of the property. Finally, the Commission would like to point out that indeed even the German authorities referred to information from the Thuringian State and the Thüringer Aufbaubank that property prices in Thuringia varied between €5.34 and €60/m2 in the time period in question. This, however, is not inconsistent with the real estate property assessor’s opinion that the value of the land in question was €276 000 (and originally based on a €15/m2 price) which is in the band of values indicated by the Thuringian State and the Thüringen Aufbaubank.”

On the basis of the above analysis, the Commission found that the grant was compatible with the regional block exemption regulation, while the sale of land was free of State aid.

The finding of compatibility does not appear to be problematic. But the conclusion that the land sale did not contain State aid is a bit more controversial. The Commission appeared to consider more reasonable the valuation assumptions of the independent expert.

At any rate, this case demonstrates that every assumption in valuation of assets has to be supported by reasonable explanations and credible evidence.