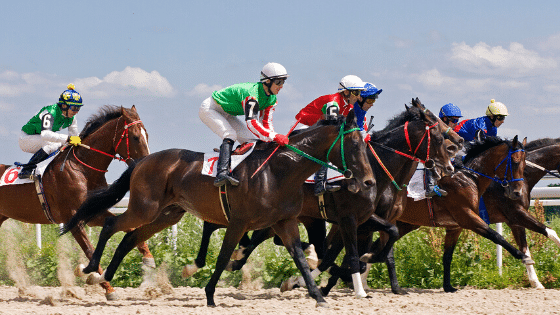 Public authorities often argue that the activities they support are important and that they should be considered as services of general economic interest. However, in many cases they are not. In this article I review the Commission Decision 2014/19 concerning a parafiscal levy that was intended to fund supposedly public service obligations assigned to French horse racing companies.[1] This Decision is notable because it deals with alleged SGEI, because it illustrates how parafiscal charges are assessed by the Commission and, unfortunately, because the reasoning on the compatibility of the State aid with the internal market is particularly sloppy.

France notified to the Commission a proposal for a parafiscal levy on online horse-race betting in order to fund a public service mission entrusted to horse racing companies. France opened up the online gambling sector to competition in May 2010. Its aim was to put a stop to the growing illegal gambling activities on the internet. Three types of game were opened up to competition: online horse-race betting, sports betting and poker games. Online gambling and betting operators must be in possession of an authorisation, issued for a term of five years and under certain conditions.

Prior to the opening-up to competition, the monopoly of horse-race betting conducted outside race courses was held by the PMU (Pari Mutuel Urbain).[2] The PMU is the leading betting operator in Europe and the second largest in the world. Its entire net revenue is paid to horse racing companies and it is used to fund 80% of the horse racing and equine industry (breeding, training centres, horse riding schools, etc.), which employs some 74,000 people and is present in every region in France with a total of 250 race courses. Given the importance of the PMU in the financing of the horse racing and equine industry, the French authorities were concerned that the sustainability of the industry would be under threat if the opening-up to competition of the online gambling sector resulted in a significant drop in the PMU’s revenues.

Consequently, France decided to introduce a parafiscal levy on online horse-race betting in favour of the horse racing and equine industry, in order to prevent the economic destabilisation of the sector as a result of the opening-up to competition and its potentially harmful consequences. The parafiscal levy on online horse-race betting would finance a service of general economic interest [SGEI] entrusted to the horse racing companies. The levy would be calculated as follows:

In practice, horse racing companies were regulated and operated under the following obligations: the distribution of premiums and allowances to breeders, owners and jockeys; the organisation of races, including the maintenance and building of race courses; drug testing; training courses; and social welfare initiatives in horse racing. The total net cost of these obligations came to approximately EUR 747 million in 2010.

Because the Commission had doubts whether the actual obligations of the horse racing companies and their proposed future obligations described in the notification were in fact SGEI, it opened the formal investigation procedure. In particular, the Commission was of the opinion that i) betting and horse racing did not satisfy a general need and that ii) compensation for public service obligations normally goes to companies that provide direct services to the public. The compensation is normally not reserved for the costs borne by particular industry or sector, which are not directly related to services provided to the public. For example, in this case the notification referred to the costs of horse breeding and improvement of the equine species. These are not related to costs of services provided directly to the public. The Commission also had doubts concerning the compatibility of the levy with internal market principles such as the freedom to provide services.

Consequently, in April 2013 France submitted to the Commission an amendment to their initial notification. In the amended notification, the measure for the financing of horse racing was no longer a compensation for a public service entrusted to the horse racing companies. Instead, the calculation of the level of the tax to be levied on all online horse-race betting operators took into account only compensation for the costs of organising races that also benefitted all online horse-race betting operators (the so-called “common interest costs”). The new system reduced the level of the costs to be financed by the revenues generated by the parafiscal levy because they were limited only to the costs of horse races for which betting occurred online [for certain local horse races there was online betting interest]. The new levy was calculated as follows:

There was no doubt that the levy constituted State aid. The levy on online bets was imposed by a decision of the State. The collected revenue was distributed to horse racing companies. Horse betting is an international activity where both punters and betting companies from different Member States are involved. Therefore, all of the criteria of Article 107(1) were satisfied.

There were two challenges in the assessment of the compatibility of the levy. First, the State aid measure was financed by a parafiscal charge. Second, in the absence of any guidelines, the measure had to be assessed directly on the basis of Article 107(3)(c) and be subject to the balancing test.

i) Compatibility of the parafiscal levy

But the Commission’s main worry was that the levy could impede free trade in services under Article 56 TFEU and discriminate against foreign products under Article 110 TFEU. The Commission identified three possible levels of discrimination and obstruction of the principle of freedom to provide services.

First, there could be discrimination in the allocation of certain premiums. European operators who are not established in France would thus be taxed in order to finance premiums that would benefit only the breeders and owners of horses born and bred in France. In order to remove this kind of discrimination, France excluded from the calculation of the common costs to be financed by the levy all those premiums which are reserved for horses born and bred in France.

Third, there could be discrimination between horse-race betting operators as regards the obligation to pay the levy. This is because the PMU holds a monopoly on the operation of in-shop horse-race betting and also benefits from races, without actually being under an obligation to pay the parafiscal levy. The Commission considered that, as with the revenues of online horse-race betting operators – including the PMU itself, the revenues from the PMU’s monopoly on in-shop horse-race betting should also contribute to the financing of races in exactly the same way. France accepted to ensure the neutrality between in-shop and online betting. It argued that neutrality was guaranteed because the revenues from the PMU’s monopoly were in fact transferred to the horse racing and equine industry.

With respect to the assessment directly on the basis of Article 107(3)(c), the Commission applied the balancing test [paragraphs 134-149]. More specifically, it found, first, that the measure did promote an objective of common interest. Second, that the measure was appropriate because it spread the cost of funding horse racing to all betting operators. Third, that the measure had an incentive effect because it encouraged horse racing companies to maintain their activities, given that their activities were financed by revenue from betting. This was dealt solely in two short paragraphs. Certainly it fell far below the standard of proof normally required by the Commission. The long-term negative impact of the liberalisation of online betting was a supposition. The long-term behaviour of horse racing companies verged on speculation. Fourth, because the levy could not exceed the common interest costs, the Commission concluded that the aid was proportional. But on this point, no information was provided that clearly showed that certain or all of these common costs could not be borne by the horse racing companies themselves. Lastly, the Commission found that competition would not be unduly affected because the levy applied proportionately to all European online betting companies.

Conclusions: Was there any incentive effect?

The doubts of the Commission with respect to the alleged SGEI were fully justified. The Commission was also right in requesting assurances from France that the revenue from the levy would not discriminate in favour of domestic horses, betting activities or companies. However, its conclusions on the compatibility of the aid are very dubious and debatable for the following reasons.

First, the parafiscal levy provides operating aid. Operating aid is not approved on the basis of Article 107(3)(c).

Second, the beneficiary companies do not have to do anything extra with the aid they receive [which is the definition of the incentive effect], apart from continuing with their normal operations.

Third, it is not shown that without the aid the beneficiaries would be so economically harmed that they would not be able to carry out their activities [which is another definition of the incentive effect]. Perhaps they would become more efficient or simply less profitable.

Fourth, the PMU is the largest betting company in Europe. There was no evidence that the liberalisation of the sector would reduce its revenues to the extent that horse racing companies would suffer financially.

Fifth, liberalisation could lead to loss of market share for the PMU, but it would not necessarily cause a decrease in its revenue. Liberalisation which leads to market entry of competitors also means expansion of the market and increase in overall demand. This could raise PMU’s revenue as well.

[2] It is interesting that before the liberalization, the Commission initiated infringement proceedings against France for violation of Article 56 TFEU on free provision of services. The proceedings were terminated in 2010 with the opening of the online betting market.