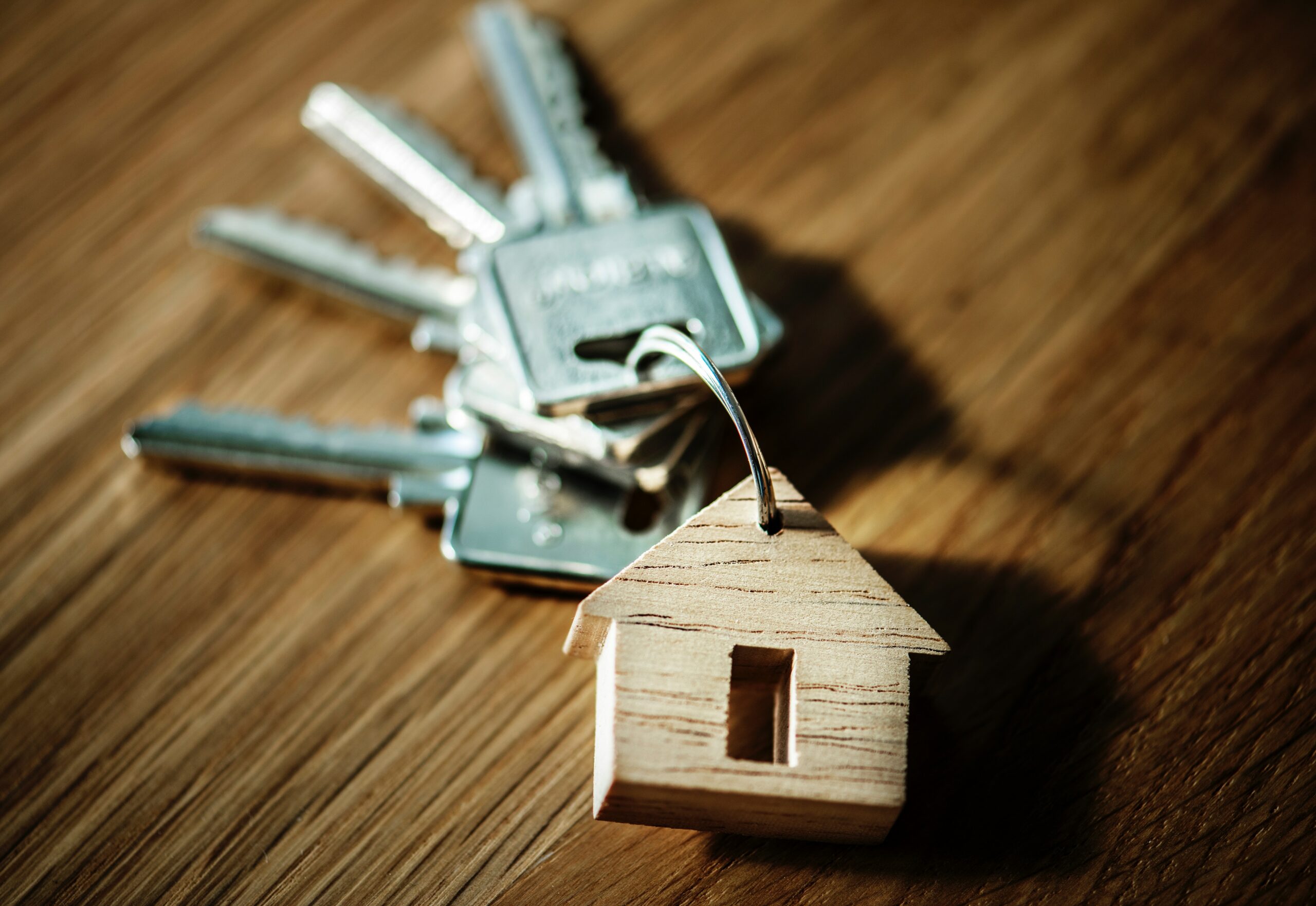 Member States need to demonstrate that public service obligations imposed on undertakings are necessary and proportional to the need for public service. A change in the funding of public services does not constitute new aid if it does not alter its objectives, the beneficiaries or the amount of aid by more than 20%.

It is a well-established principle in the case law that Member States may impose public service obligations on undertakings only when the market fails to provide what citizens need and that the obligations must be clear, sufficiently detailed, compulsory and assigned by a public act. A recent judgment confirms that, in addition, Member States must demonstrate that the scope of the obligations is proportional to the needs of their citizens.

If the system of funding of a public service is altered, it must be notified to the European Commission for authorisation. A change in the funding is considered to be an “alteration” if it affects the compatibility of the aid. A change to an aid measure is not considered to be an alteration when it does not modify the objectives of the measure, the aid beneficiaries or the overall amount of aid. Budgetary increases of less than 20% are not deemed to be alterations of an existing aid measure.

This article reviews two recent judgments: on social housing and on public broadcasting. The First dealt with the need for public funding while the second examined alterations of an existing aid regime.

On 15 November 2018, the General Court ruled in joint cases T-202/10 RENV II, Stichting Woonlinie et al v European Commission and T-202/10 RENV II, Stichting Woonpunt v European Commission.[1] As can be seen from the fact that those two cases were registered as “RENV II”, the judgment of 15 November was the fifth in this long saga. It was preceded by the judgments of the General Court and those of the Court of Justice in cases C-133/12 P and C-415/15 P. The saga began with Commission decision E 2/2005 proposing appropriate measures to the Netherlands to amend its system of public funding of social housing.

The Commission was primarily concerned that the Dutch system which designated social housing as a service of general economic interest (SGEI) did not define with sufficient precision who needed public assistance. Although the objective of the public policy on social housing was to make housing affordable to citizens, it did not specify precisely enough a particular category of citizens in need of assistance. The absence of a precise definition of eligible citizens enabled companies that built social housing also to offer dwellings to persons who were not poor or underprivileged. That distorted competition in the part of the housing market that fell outside the scope of the SGEI. The absence of eligibility criteria was later rectified by the Netherlands in a measure that was notified to and approved by the Commission in decision N 642/2009. The Netherlands set a limit of annual income of EUR 33,000.

One of the main pleas of the applicants concerned the relationship between the Altmark conditions and Article 106(2) TFEU.

In paragraphs 76-78 of the judgment, the General Court explained that despite their similarities, the purpose of Altmark is to determine the existence of State aid while Article 106(2) concerns the compatibility of aid with the internal market. Nonetheless, for the application of both Altmark and Article 106(2) it is necessary that the undertaking receiving public service compensation (PSC) must be entrusted, by means of a public act, with a well-defined public service obligation (PSO).

Then the Court recalled in paragraphs 79-80 that Member States have discretion to define what they regard as an SGEI. That discretion can be disputed by the Commission only in case of manifest error. This means that the discretion of Member States is neither unlimited, nor can it be exercised arbitrarily.

The most important part of the ruling of the General Court on the discretion of Member States is in paragraph 81. The wide discretion enjoyed by Member States does not relieve them of the obligation to prove sufficiently that the delineation of the “perimeter” of the SGEI is necessary and proportionate in relation to the real need for the SGEI. Omission to demonstrate compliance with these criteria may constitute manifest error.

At this point the General Court referred to case T-366/13, France v Commission, which concerned maritime transport and an alleged assignment of a PSO to SNCM, a maritime company. In an article that was published on the StateAidHub on 11 April 2017 (http://stateaidhub.eu/blogs/stateaiduncovered/post/8370) I commented on that case and I wrote that that was the first time in the case law that there was a reference to the proportionality of the SGEI definition rather than the proportionality of the aid amount. (Indeed, as is shown by paragraph 147 of the present judgment, the principle of proportionality is normally used to establish that the PSC does not exceed the net extra costs of the PSO.)

After further research, I realised that my statement of 11 April 2017 was not fully right. It was probably the first time that proportionality was examined in conjunction with the “need for the public service” (Paragraph 105 of the SNCM judgment) in the sense that the scope of the SGEI had to correspond to the extent of the inadequacy of the market or the extent of the gap in the market. My interpretation was reinforced by the argument of the General Court that if other services were included in the scope of the SGEI without being technically complementary, the criteria of necessity and proportionality would not be satisfied (Paragraph 128 of the SNCM judgment).

Now to be more precise, in its judgment of 20 February 2001 in case C-205/99, Analir, which concerned maritime cabotage, the Court of Justice referred to proportionality in the following manner:

“(35) it must also be demonstrated that such a scheme is necessary in order to be able to impose public service obligations and that it is proportionate to the aim pursued, inasmuch as the same objective could not be attained by measures less restrictive of the freedom to provide services”.

“(40) the provision of regular maritime cabotage services to, from and between islands [can] be made subject to prior administrative authorisation only if:

– a real public service need arising from the inadequacy of the regular transport services under conditions of free competition can be demonstrated;

– it is also demonstrated that that prior administrative authorisation scheme is necessary and proportionate to the aim pursued;

– such a scheme is based on objective, non-discriminatory criteria which are known in advance to the undertakings concerned.”

It is likely that the Court of Justice used the word “proportionate” in its classic sense in the context of the internal market to mean that a public measure must not cause an excessive (i.e. unnecessary) distortion of competition. If indeed the Court of Justice used the term “proportionality” in the internal market sense, then its use by the General Court in the SNCM judgment had a different meaning because it linked proportionality to the gap in the market rather than its impact on trade and competition (i.e. to the objective rather than the effect).

Therefore, it seems that after the SNCM judgment, the judgment in Woolinie and Woonpunt is the first that explicitly links the state intervention to the perimeter or scope of the SGEI, rather than the impact on competition, even though a badly delineated PSO is likely to have a more extensive effect on competition.

Then the General Court turned its attention to the definition of the PSO in the relevant Dutch law. The Court agreed with the Commission that it was not sufficient to require housing corporations to provide affordable housing to underprivileged persons or persons with limited financial means. The thresholds of eligibility had to be defined with more precision. (Paragraphs 86-91). The Dutch authorities had to demonstrate that the delineation (the “perimeter”) of the SGEI was necessary and proportional in connection with the real need for the provision of public service. On this point, it is Member States that bear the burden of proof. (Paragraphs 97-98)

The General Court noted that a precise definition of the SGEI or PSO was needed in order to ensure that the amount of the PSC was proportional and did not exceed the net costs of the PSO (Paragraphs 147-148) and to prevent overcompensation and cross-subsidisation of non-SGEI activities (Paragraph 149).

The case was initiated before a local court by Suedwestrundfunk which is public entity that collects fees for the purpose of funding public broadcasting. Suedwestrundfunk wanted to enforce recovery of broadcasting fees that the defendants had failed to pay. The defendants claimed that Germany’s method of levying fees for the funding of public broadcasting amounted to illegal aid because that method was reformed without prior notification to and authorisation by the Commission.

Initially the broadcasting fee was linked to ownership of a television set. However, because of technological change, television transmission can be received on equipment other than televisions, such as computers or mobile telephones. Therefore, Germany revised the relevant law and linked the fee to the number of adults living in each dwelling.

The issue at hand was whether the change in the law constituted new or existing aid. The original funding method had been approved by the Commission in 2007.

It then applied this principle to the present case: (Paragraphs 58-65)

Second, “it is also common ground that the class of beneficiaries of the system is identical to that which existed previously.”

Fourth, “the Law on the broadcasting contribution altered the basis of liability to pay the contribution.”

For these reasons the Court concluded that the change in the method of funding public broadcasting did not constitute an alteration to an existing aid measure that would require notification to the Commission under Article 108(3) TFEU.

2 The text of the full judgments can be accessed at: http://curia.europa.eu/juris/document/document.jsf?text=&docid=208961&pageIndex=0&doclang=en&mode=lst&dir=&occ=first&part=1&cid=9696418.