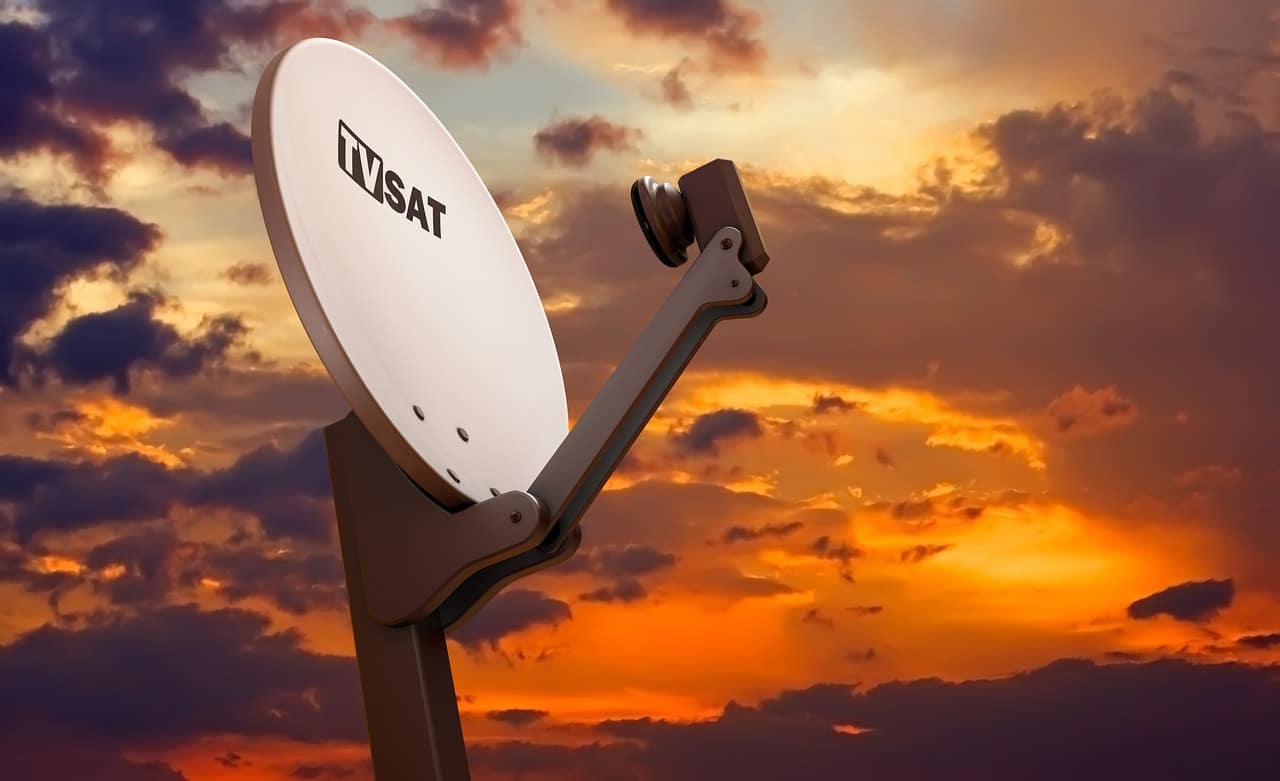 Most State aid for the development of broadband networks is approved by the Commission. But the aid must be limited only to areas where market-based investments are unlikely to be made without aid.

Introduction
This article reviews a recent Commission decision authorising State aid for broadband development in the Netherlands which is one of the most networked countries in the world. Naturally, this raises the question how State aid was found to be necessary in a country where the market appears to work well.But before reviewing that decision it is worth putting the whole issue of public funding of broadband networks in perspective because it reveals that negative decisions are very rare in this field.According to the 2017 State aid Scoreboard out of a total amount of State aid of EUR 103 billion,[1] less than EUR 6 billion went to sectoral development that included expenditure on broadband networks. Yet, Member States are active in funding the expansion and/or upgrading of broadband networks.The Commission publishes a list of broadband decisions taken since the first assessment of a notification from the UK in 2003.[2] The last update of the list was at the end of April and stops at number 156. Because of some duplication, the real number of cases over the past 15 years is about 145-150; i.e. on average about 10 cases per year.

Yet, these statistics underestimate the true number of broadband measures across the EU. This is because for sure much aid is granted on the basis of Article 52 of the GBER. The notification threshold for broadband aid is EUR 70 million, so only the measures with large budgets go to the Commission for a formal decisions.

What is truly remarkable about State aid for broadband development is that the Commission opened only three investigations and has delivered a negative decision only once. Truly impressive is also the fact that France has had three measures that satisfied the Altmark conditions, despite the fact that compliance with Altmark is notoriously difficult to achieve.

In eight cases, public funding or public participation did not constitute State aid because it was Altmark compliant [3 cases], or it was MEIP-conform [1 case] or it did not satisfy all of the criteria of Article 107(1) [4 cases].

The only negative decision concerned a case in the Netherlands where the aid was found to be unnecessary because there was no gap in the market or no evidence that the market was unable or unwilling to build the network.

One case was withdrawn after the Commission opened the formal investigation procedure. It concerned an Italian measure in the region of Trentino. The public authority concerned claimed that it acted as a private investor when it entered a public-private partnership. In fact, the PPP had an exclusive contract with a company owned by the private partner and which was intending to supply equipment at prices above market level. The private partner would have made up the profit it forwent on the operation of the network from higher prices from the sale of equipment.

Commission decision SA.46613 on State aid for the Rivierenland region in the Netherlands[3]

The measure concerned individual aid to a newly established public entity – called a Joint Arrangement (JA) – in the Rivierenland region [which lies between the rivers of Maas and Waal in the middle of the country] for an open passive network. The network would only cover “next generation access” (NGA) “white areas“ where there was no such broadband infrastructure, nor was any planned. The JA aimed to connect all potential users in the region and offer services with at least a certain minimum speed. The JA would only provide the passive infrastructure and not active services. Access to the network would be open to all network providers and service providers on equal and non-discriminatory terms.

More specifically, the measure aimed at connecting approximately 13000 users in the Rivierenland region where broadband was only available through copper networks. This area, covered around 12% of the total number of addresses in the region and was considered to be “NGA-white”.

The beneficiary of the aid was a public body established under the Dutch act for “joint arrangements”. This JA would own the access network that included the fibre connections and the backhaul network. The life expectancy of the network was 30-50 years.

According to the decision, the aid instrument was in the form of “(7) a guarantee of the municipalities for performance of the JA’s payment obligations under a loan to be obtained under commercial terms from a bank (e.g. the Dutch Municipal Bank, ‘Bank Nederlandse

Gemeenten’, and/or the Water Authorities Bank, ‘NWB Bank’) for the construction of the network, for which the JA is not charged any rate or percentage in return.”

The Commission recalled standard practice that “(8) guarantees which are given directly by the State including central, regional or local authorities (in the present case the municipalities of the Rivierenland Region) may constitute State aid, corresponding to the difference between the market price and the price effectively paid for the guarantee. According to the (2008) communication (on guarantees), when there is no market price for the guarantee concerned, the aid element should be calculated in the same way as the grant equivalent of a soft loan, namely as the difference between the specific market interest rate this company would have borne without the guarantee and the interest rate obtained by means of the State guarantee after any premiums paid have been taken into account.”

The Netherlands argued that there was no market for such guarantees and that the JA did not have a credit history. According to the methodology of the 2008 communication on reference rates, the gross grant equivalent of the aid was calculated as the difference between a proxy rate (that was considered to be equal to the market rate) and the rate actually charged by the bank.

The proxy rate was determined by adding a risk margin of 400 basis points to the base rate. The base rate was taken to be zero and therefore the derived market rate of interest was 4%. The precise method of repayment of the loan was not revealed in the decision as was considered to be business secret. Nonetheless, the aid intensity was indicated at 89%. Presumably, this intensity was in relation to the amount of the underlying investment. A rate of intensity of 89% in a soft loan is very high because the aid for one-year loan cannot be more than 4%.  Again, presumably the rate was so high because the loan must have been for a very long duration (perhaps 15-20 years) with an extensive grace period.

Since the state guarantee covered a low-interest loan, there was no doubt that it was financed by state resources that conferred a selective economic advantage to an undertaking and that advantage was capable of affecting trade. However, given that the subsidised network was intended to be built in an area where there were no foreseeable plans by market operators to establish similar networks in the following three-year period, a question that may be reasonably asked is how the aid could distort competition in the absence of competitors. In this connection did not contained State aid.

The answer of the Commission was that “(27) although the Dutch authorities intervene only in areas in which private initiatives are not going to take place in the next three years, it cannot be excluded that commercial operators may find it viable to invest in some of the targeted areas in the longer term. As a result, the aid beneficiary will enjoy a first mover advantage.” (Competitive conditions would also be affected by the aid measure by the simple fact that users of the network would indirectly benefit from access to subsidised infrastructure.)

The Commission assessed the compatibility of the measure according to the Guidelines on State aid to rapid deployment of broadband networks.

The aid measure implemented the Commission’s 2010 “Digital Agenda for Europe”. “(34) The measure targets the deployment of broadband networks solely in ‘NGA white areas’, where high speed broadband is not available to date and where it is established, by way of detailed mapping exercise and public consultation …, that there are no plans by private investors to roll out such infrastructure in the next three years. A market failure within the meaning of point 75 of the Broadband Guidelines is therefore deemed to exist.”

“(35) The passive infrastructure will only be deployed in those areas where there is insufficient broadband availability to the population and companies (no NGA supply) to date and the market consultation carried out by the Rivierenland Region has shown that no private telecommunications provider shall ensure NGA coverage within three years. Consequently the planned public intervention is considered to be an appropriate policy instrument.”

“(36) The results of the public consultation have shown that in the targeted areas, no comparable investment would take place without public funding within three years. Hence, the investment would not be made within the same timeframe without the aid. The condition of incentive effect of the measure is therefore regarded as fulfilled.”

“(37) The aid measure is designed in such a way as to limit any aid to the minimum necessary.”

“(38) The technological neutrality criterion is regarded as fulfilled. Effective passive wholesale access shall be provided unlimited in time. The access obligations shall be enforced irrespective of any change in ownership, management or operation of the subsidised infrastructure.”

“(40) Given the characteristics of the project and of the safeguards applied, the overall impact on competition is deemed to be positive.”

“(42) As indicated, the measure solely targets NGA white areas, where no other NGA service provider is present and no private investment is planned within the next three years. Due to the design of the measure, a crowding out effect on private investments is considered unlikely. The chosen model minimises the amount of public funding: a publicly owned entity owns and manages the infrastructure, whilst the construction of the network shall be tendered out in line with EU public procurement rules. In line with point 80 of the Guidelines, the new network will ensure effective wholesale access for third party operators on equal and non-discriminatory terms. The wholesale access obligation will include the granting of access to ducts, poles, dark fibre and street cabinets. The access and pricing conditions, and standards applied concerning transparency and monitoring, will ensure that the subsidised infrastructure enables the provision of competitive services at retail level.”

“(43) An effect on trade, if any, is considered to be limited. The measure is designed in a way that does not distort competition or adversely affect trading conditions to an extent contrary to the common interest and is in line with the objectives of Article 107(3)(c) TFEU.”

On the basis of the above findings, the Commission concluded that the aid complied with the Broadband Guidelines and therefore was compatible with the internal market on the basis of Article 107(3)(c).

[1] This amount excludes aid to agriculture, fisheries, railways and banks. The Scoreboard can be accessed T:

[2] The list of Commission decisions can be accessed at: