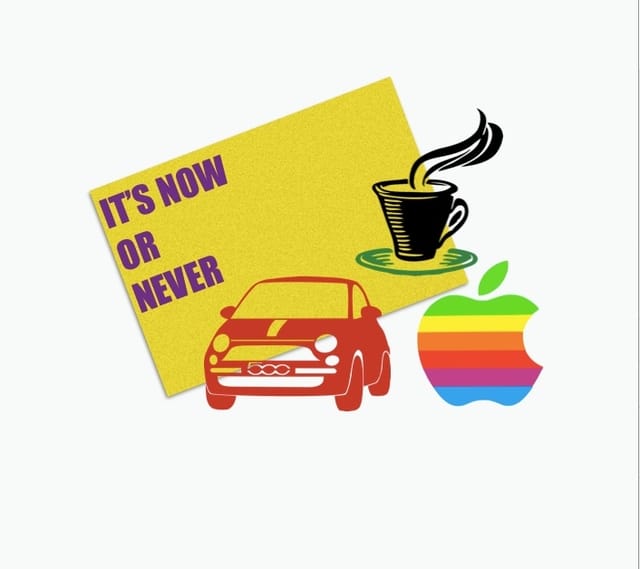 This comment looks at the Commission’s decisions to open in-depth investigations into the tax treatment of Apple, Starbucks and Fiat Finance and Trade by Ireland, The Netherlands and Luxembourg.
The European Commission has recently opened three in-depth investigations under Article 108(2) TFEU concerning tax rulings in Ireland, The Netherlands and Luxembourg with regard to the corporate income tax to be paid by Apple, Starbucks and Fiat Finance and Trade respectively. The three decisions were adopted as a result of Commission´s ex-officio investigations, following media reports alleging that some large companies were paying significantly low taxes by way of ‘tax rulings’ issued by national tax authorities.The decisions form part of a wider inquiry concerning the compatibility of aggressive tax planning by multinationals with the EU State aid rules. The Commission considers that multinationals profit from the technicalities of tax systems to reduce their tax liabilities and in this way erode the tax bases of Member States. The investigations started under Commissioner Almunia, who has underlined the relevance of the context in which these investigations take place, a context characterised by years of public budget constraints and cuts as a result of the crisis that affects European Member States since 2008.The Commission defines tax rulings as comfort letters by tax authorities giving a specific company clarity on how its corporate tax will be calculated. The Commission notes that they are used to confirm transfer pricing arrangements, i.e. the prices for goods sold or services provided by one subsidiary of a corporate group to another subsidiary of the same group. Transfer pricing thus concerns profit allocation between different parts of the same corporate group. The Commission insists that, as such, tax rulings are not problematic. However, tax rulings on transfer pricing arrangements may involve State aid if they provide selective advantages to a specific company or group of companies by way of calculating prices for intra-group transactions that do not reflect market prices.

To avoid these undue advantages it is therefore necessary to verify whether the intra-group transactions reflect usual commercial conditions. For this purpose the Commission uses the ‘arm’s length principle’ provided for in Article 9 of the OECD Model Tax Convention, according to which commercial and financial relations between associated enterprises should not differ from relations which would be made between independent companies. In particular, the Commission refers in its decisions to the OECD Transfer Pricing Guidelines which provide five methods to approximate an arm’s length pricing of transactions and profit allocation between companies of the same corporate group.

The investigations at stake thus concern principally the criterion of advantage under Article 107(1) TFEU. Particularly, the relevant test is whether the tax rulings under investigation accept that multinational companies depart from market conditions in setting the commercial conditions of intra-group transactions, and by doing so renounce taxable revenues in their jurisdiction foregoing State resources (e.g. Apple decision, para. 53). In order to determine whether a particular tax ruling provides a fiscal advantage in this way the Commission will first compare the method of assessment of the taxable income included in the tax ruling with the ordinary tax system (which is the usual way of determining an advantage in the case of fiscal measures). In addition, when a ruling concerns transfer pricing arrangements between related companies within a corporate group, ‘that arrangement should not depart from the arrangement or remuneration that a prudent independent operator acting under normal market conditions would have accepted‘ (e.g. Apple decision, para. 54). Those normal market conditions will have to be set in accordance with the arm´s length principle mentioned above, and with the most suitable method of those provided for in the OECD guidelines for the case at hand. This method will be that which achieves a remuneration that, at least in the example given by the Commission, is not ‘the lowest possible outcome’ (e.g. Starbucks decision, para. 77).

In other words, the Commission will review whether the tax authorities applied the OECD methods correctly, as these represent the way in which a prudent market operator would have carried out the contested transactions in order to obtain a remuneration under normal market conditions. Applying these general principles to the cases at issue the Commission found that the three tax rulings did not comply with the arm’s length principle. Accordingly, the three rulings, the Commission concluded, conferred an advantage on Apple, FIAT and Starbucks.

In light of the foregoing, the validity of the tax rulings will be judged under market conditions (as interpreted by the OECD instruments). In this regard, the Commission decisions seem to apply a variant of the Market Economy Operator test. This test has traditionally been applied to economic transactions carried out by public bodies or undertakings. The test was ultimately based on the principle of neutrality between public and private ownership enshrined in today´s Article 345 TFEU. In this case, the public measure under review is not an economic transaction but rather an administrative decision accepting, as market conforming, a number of transactions carried out by associated companies. Indeed, by accepting uneconomic transactions that reduce the tax base the public authority would be condoning a fiscal debt that should burden the budget of the undertakings investigated in the sense of the traditional case-law of the Court since the Miners‘ Bonus Case (C-30/59).

If this interpretation is correct, some paragraphs of the commented decisions are confusing. For example, in paragraph 13 of the FIAT decision (paragraph 9 of Apple´s decision and 11 of Starbucks’) it is stated that ‘it is necessary to ensure that taxable income is determined in line with the taxable income a private operator would declare in a similar situation.’ It is difficult to ascertain what taxable income a given undertaking would declare in a similar situation, probably the lowest possible. In any event, the relevant test is not what an undertaking would declare but whether the intra-group transactions declared by the investigated undertakings were market conforming, and this follows from the reviewed decisions. In other words, the question is whether those conditions would have been accepted by similar undertakings -not necessarily belonging to the same group- under normal market conditions.

The momentum is propitious to carry out these investigations, both politically and in light of the recent case-law of the Court of Justice. Politically speaking, in the phase out of the crisis, after years of budgetary cuts and social protests, which have been dramatic in some Member States, the Commission´s initiative will probably be welcome by many, including several Member States that see how their tax bases are significantly reduced due to the hardline tax planning of some multinationals. In this regard, it should be noted that some recent initiatives have been taken, not only at the EU level, but also at the OECD and the G20 levels precisely to curb corporate tax avoidance (e.g. the Base Erosion and Profit Shifting (BEPS) project).

As to the case-law of the Court of Justice, there is a clear tendency towards less formalism, paying less attention to regulatory techniques and more to an effects-based analysis that – more easily than before – could accept a sui generis application of the Market Economy Operator test to fiscal decisions as the ones described above. In this regard, in Grand Chamber judgments such as Gibraltar (Joined cases C-106/09 P and C-107/09 P Government of Gibraltar v Commission),  the Court held that the notion of selectivity may not be dependent on the use of a certain regulatory technique if the measure at stake produces the same effects in law and or in fact as State aid; in EDF (Case C-124/10) in relation to the concept of advantage,  the Court favored a global analysis of all elements surrounding the alleged granting of aid over the fiscal form of the measure at stake; in France Télécom (Joined Cases C-399/10 P and C-401/10 P) regarding the concept of State resources,  the Court concluded that a sufficiently concrete risk of imposing an additional burden on the State in the future suffices to meet that criterion of the notion of aid; or in other judgments such as ING (C-224/12 P), the Court subjected the conduct of the public authorities to an ‘economic rationality test’.

Finally, the Commission will nevertheless have to clarify where it intends to draw the line between allowing tax authorities to choose between any of the five OECD suggested methods and demanding them to choose, pursuant to an in-depth analysis, the OECD method that maximises tax revenues in light of the specific characteristics of the undertaking under investigation, as it suggests in the decisions. Legal certainty and the high number of tax rulings in all Member States (which could be notified to the Commission in order to dispel doubts or challenge by competitors of these multinational firms before domestic courts under Article 108(3) TFEU or by lodging complaints to the Commission) would probably also demand that the Commission issues guidelines on how it intends to analyse tax rulings once these formal investigations have come to an end.

Juan Jorge Piernas Lopez is PhD in Law from the European University Institute and Assistant Professor of EU and International Law at University of Murcia. His PhD thesis focused on the concept of State aid under EU Law.