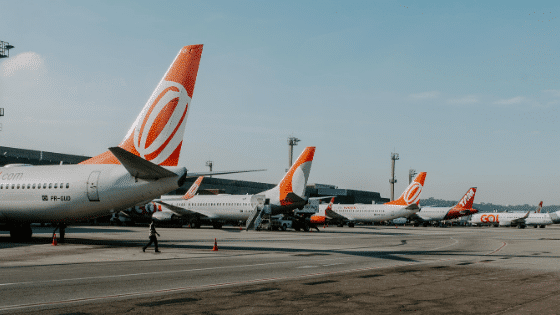 This posting examines an Irish and a German measure concerning reduction in passenger taxes. As to be expected, an important issue for both measures was whether the reduction was selective or not. The analysis of the Commission does not really break new ground. What is more instructive with these two cases is the range and ingenuity of the arguments advanced by Ireland and Germany in their defence and the reasons why the Commission rejected them.

Once the selectivity of the two measures was established, the next important issue was their compatibility with the internal market. The Irish measure was declared incompatible. The German measure was found to be compatible and in compliance with the Environmental Aid Guidelines. This is somewhat surprising because in the past the compatibility of most such measures was based on Article 107(3)(a) [aid to consumers having a social character].

The measure in question concerned the introduction of a differentiated excise duty on air passengers. The taxable event was „every departure of a passenger on an aircraft from an airport located in Ireland”. While the tax was intended to be passed on to the passengers via the ticket price, it was airline operators that were accountable for it and liable to pay it. However, the actual proportion that was passed on to passengers depended on each airline.

In order to determine whether the measure was selective, the Commission first had to establish the relevant reference rate. This was not easy because the Irish measure did not define a standard rate and an exception from that rate. Because the reduced rate applied mostly to domestic flights and only to some flights that terminated in the west part of the UK, which together made up of about 10-15% of all flights, the Commission concluded that the higher rate of EUR 10 was the reference rate.

This appears to be the first time that the Commission has established the reference rate on the basis of the proportion of the taxable transactions to which it applies.

Then the Commission had to consider whether the lower rate could be justified by the logic of the system. The Irish authorities argued that the lower rate was intended to introduce proportionality in relation to the distance travelled. The Commission correctly rejected this argument for the following reasons.

First, the taxable event was the departure of a passenger from an Irish airport. This was unrelated to the distance of the flight.

Second, if the tax had been imposed in order to mitigate negative externalities [e.g. noise, pollution], distance was not linked to the extent of the externalities.

Third, the lower rate applied not to distance travelled but to flights that happened to terminate within a radius of 300km from Dublin, irrespective of how long they were.

Fourth, and more generally, the two rates did not apply in proportion to the distance travelled.

Once it was established that the differential tax rates constituted State aid, the next step was to assess its compatibility with the internal market. Given that it was operating aid, the Commission had little difficulty to conclude that it was incompatible aid. But it went on to add that even if the aid itself were compatible with State aid guidelines or Article 107(2) or (3), the whole measure would still have to be declared incompatible because it was “indissolubly linked” to the differentiated system of taxes.

This system favoured largely domestic airlines with flights departing and terminating within 300km of Dublin. As a result it indirectly discriminated against cross-border services. Because of this discrimination against cross-border flights, the system was contrary to Article 56 TFEU which guaranteed the freedom to provide services between Member States. No State aid measure can be declared compatible with the internal market when it infringes other provisions in the Treaty.

Commission Decision SA.32020: Reduction of the German passenger tax for flights to and from North Sea Islands

The amount of the tax depends on the destination of the flight. In 2011 it was set at EUR 8 for EEA countries and EUR 25 or EUR 45 for other countries. The purpose of the tax is to mitigate negative environmental externalities.

The notified measure provides for a tax reduction of 80%. The objective of the reduction is to enable regular and reliable connectivity between the eligible islands and the mainland. It covers islands which are only accessible by sea. The North Sea islands in question are serviced by five airlines. These companies do not compete on connections. Each connection is serviced by one company. However airlines compete with ferries. Despite the flight connections, ferries account for 98.5% of the transport to and from the islands thanks to their larger transport capacities and cheaper fares.

Germany argued that the measure did not constitute State aid because it was not selective, did not affect trade and did not distort competition.

With respect to selectivity, Germany pointed out that all airlines in the EU could benefit from the tax reduction if they chose to fly to those islands. The Commission rejected this point of view because the beneficiary airlines are only those which transport passengers to/from the eligible islands. The tax reduction does not apply in general to any airline subject to the tax, irrespective of the routes it operates. Moreover, the reduction cannot be justified by the logic of the system which is mitigation of the environmental impact of air travel. The reduction applies irrespective of the impact of air travel to/from the islands.

With respect to the distortion of competition and affectation of trade, Germany considered that there was no distortion because the effects of the measure were confined to a particular region, the number of passengers involved was very low and all domestic and foreign airlines that offered the relevant transport services could benefit from the reduction. Flight were operated only on a regional basis.

The Commission rejected these arguments too. At the level of airlines, any EEA airline or subsidiary of EEA airline could operate on the island routes and could benefit directly or indirectly (via increased revenues from such subsidiaries). Moreover, airlines competed with ferries. At the level of passengers, given the proximity of the German islands to the Netherlands and Denmark, the tax reduction was capable of influencing tourist flows between Germany and the Netherlands and Denmark.

At first glance, the German measure seemed similar to many other measures in Greece, Italy, Spain, Portugal and the UK whose aim was to facilitate transport between the mainland and their respective islands. Even though the subsidisation of tickets was intended for the benefit of island residents who were not undertakings, the Commission found that it constituted indirect aid to airlines and shipping companies, which, however, could be declared compatible with the internal market on the basis of Article 107(3)(a).[3]

In this case, however, the Commission was of the opinion that the aid in question had no “social character”. “Article 107(2)(a) TFEU may apply in the case of direct operational subsidisation of air routes provided among others that the aid measure has a social character, which implies that it must, in principle, only cover certain categories of passengers travelling on a route such as children, handicapped people, people with low incomes, etc. In the case where the route concerned links an underprivileged region, mainly islands, the aid could cover the entire population of this region. … The tax reduction [in question] does not cover certain categories of passengers such as children, handicapped people, people with low incomes, nor does it cover the population of the islands. It covers by contrast all passengers … i.e. tourists, workers and business people. Such categories of passengers … do not have specific social needs within the meaning of Article 107(2)(a) TFEU.” [paragraphs 45-46]

The Commission also rejected the use of Article 106(2) as a basis for exemption because Germany imposed no public service obligation. Instead, it chose to assess its compatibility under the Environmental Aid Guidelines (EAG).

The next step was to examine whether the measure resulted in an “environmental benefit” by contributing to environmental protection without undermining the purpose of the tax itself. The EAG allows reduction of environmental taxes for some undertakings if such reduction makes it feasible to adopt higher taxes on other undertakings, resulting in an “overall improvement of cost internalisation”.

The Commission accepted that “in this case, the possibility to grant reductions for the transport of certain passengers on certain North Sea islands has enabled Germany to introduce a general tax on air transport that is not prescribed at EU level. Without the reduction the tax would not have been approved by Parliament. The possibility to grant tax reductions also for the transport of tourists, business people, service providers, workers etc. was of particular importance for the acceptability of the tax where, as in the present case, the transport of those passengers is of vital importance for the participation of the concerned islands in the economic life.” [paragraph 56]

It should be noted that there is a disturbing circularity in this line of reasoning. The German government itself claims that it would not have been possible to adopt the measure without the tax reduction. Apparently, the measure was passed by the German parliament only after the reduction was incorporated in it. This reasoning is based on the implicit assumptions that i) the government was different from the parliament and ii) that the parliamentary process was not intentionally steered to produce this result, iii) that the feasibility which is mentioned in the EAG covers political obstacles as well as economic and iv) that the overall tax rate without the tax reduction would have been lower. In fact this last point, which is the explicit criterion mentioned in the EAG, was not proven by Germany. Germany only showed that the tax was approved only after the reduction was introduced.

The Commission then confirmed that the beneficiaries were determined on objective grounds [i.e. absence of connection to the mainland independent of the tide] and transparent criteria [i.e. defined by law] and that the aid was granted in a non-discriminatory way to all competitors.

According to the EAG, the reason for allowing tax reductions is that without such reduction there is a substantial increase in production costs. The Commission had to examine the proportion of the tax increase in the ticket price of regular flights.

The tax for 2011 (EUR 8), including VAT, represented a price increase varying between a low of 4.8% and a high of 25.7% of quoted ticket prices, depending on destination and airline. There was no attempt to attach weights to the various ticket prices [e.g. median price, market shares, majority of sales]. The Commission considered that the increase “represents a substantial increase in production costs”.

The next step was to determine whether it would have been impossible to pass on the increase in production costs to passengers without substantial sales reduction. Germany argued that airlines were able to maintain year-long operations only if they had high number of passengers in the summer. Given the short distances and the corresponding expectations of customers to pay a rather low price, and the availability of ferries, customers were price sensitive. On the basis of data on air travel, the Commission accepted that there was proof of “a negative correlation between the number of passengers on flights and the tax.” Moreover, additional data showed a decrease in air passenger while there was an increase in the number of passengers on ferries.

The tax reduction of 80% was also found to be proportional because it complied with the EAC requirement that taxable activities pay at least 20% tax.

[3] See, for example, Commission Decision SA.32888 concerning exemption from a German passenger tax for residents on islands. It can be accessed at: