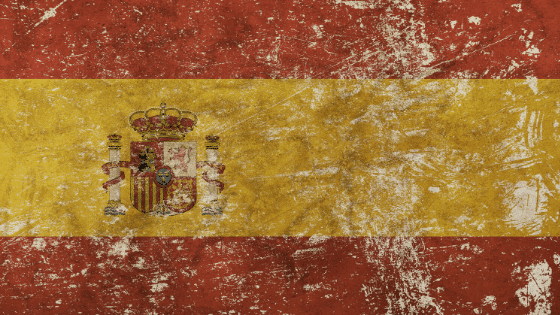 The Commission is not obliged to quantify precisely the amount of aid that has to be recovered. The Member State that fails to recover incompatible aid or fails to recover all of it risks legal action against both before national and EU courts. The Commission may initiate infringement proceedings and request the Court of Justice to impose penalties against the failing Member State.
Introduction
On 13 May 2014 the Court of Justice of the European Union rendered its judgment in case C‑184/11 (European Commission v Spain) concerning failure to recover incompatible aid.[1] The European Commission brought action against Spain because it did not comply fully with a previous judgment of the Court of Justice in cases C-485/03 to C-490/03, Commission v Spain [previous judgment]. In that judgment, which was rendered on 14 December 2006, the Court found that Spain failed to comply with several Commission Decisions which declared tax measures adopted by various Spanish regions to be incompatible State aid that had to be recovered. Spain recovered only part of the incompatible aid.The Commission also asked the Court to order Spain to pay a penalty of EUR 236,045 for every day of delay in complying with the current judgment, from the day on which it delivered case until the day on which the previous judgment is fully complied with. In addition, the Commission asked the Court to order Spain to pay a lump sum from the date of the previous judgment until the date on which the current judgment is delivered. The lump sum is to be calculated by multiplying a daily amount of EUR 25,817 by the number of days over which the infringement has continued.

Spain’s first plea was that the Commission had provided no details on the breakdown of the amount of unrecovered aid. The Court rejected it because “it is for the authorities of the Member State involved to verify the individual situation of each undertaking concerned” [paragraph 22].

The second plea of Spain was that some of the amounts could be deemed to be de minimis aid. The Court rejected that too. It found that “although the Kingdom of Spain puts forward various arguments in connection with the amount of the unlawful aid at issue to be recovered or which had actually been recovered, it is clear […] that, although all those arguments are admissible and well founded, a substantial part of the aid to be recovered in order to comply with the [previous] judgment […] had not been recovered” [39].

Spain also claimed that it encountered domestic political problems, given the autonomous status of the regions that had granted the aid. The Court pointed out that “the allocation of internal central and regional powers cannot have any bearing on the application of [EU law], since the Member State concerned is responsible towards the European Union for compliance with obligations arising under EU law” [43].

On the basis of the above, the Court of Justice concluded that Spain failed to recover all the incompatible aid. Then it proceeded to consider the request of the Commission for imposition of penalty and a lump sum.

The Commission uses a formula to calculate fines which takes into account four factors: a standard flat rate, the duration of the infringement [counted in number of days], the seriousness of the infringement [counted on a scale from 1 to 20] and the ability of a Member State to pay [corresponding to its GNI]. In the case of Spain, it used this formula and arrived at a lump sum of EUR 64,543,500. That amount was obtained by multiplying a daily sum of EUR 25,817.40 by the number of days of the infringement. The duration of the infringement was 2,500 days. The daily amount of EUR 25,817.40 was derived by multiplying a standard flat-rate amount of EUR 210 per day, a seriousness coefficient of 9 [out of 20] and a factor of EUR 13.66 [reflecting Spain’s ability to pay]. The Commission requested no penalty because Spain had in the mean time complied fully with the previous judgment in October 2013 [about seven years after the judgment of December 2006]!

The Court was at pains to point out that it was not bound by the Commission formula even though it acknowledged that it was a “useful point of reference” and ensured that Commission actions were “transparent, foreseeable and consistent with legal certainty”. [61]. The Court insisted that it had to consider “the circumstances of the case before it”, assess “the effects on public and private interests of the failure of the Member State concerned to comply with its obligations” and take into account “all the relevant factors relating both to the characteristics of the infringement established and to the conduct of the Member State involved”.

It then went on to repeat that Spain had failed to comply despite repeated warnings by the Commission, that Spain had infringed EU law too often, although it was aware that infringement carried penalties. It stated that “where a Member State repeatedly engages in unlawful conduct in such a manner in a specific sector governed by EU rules, this may be an indication that effective prevention of future repetition of similar infringements of EU law may require the adoption of a dissuasive measure, such as a lump sum payment” [78].

One would suppose that, after this reasoning, the Court would have endorsed the proposal of the Commission. Yet, without any explanation, it ruled that Spain would have to pay just EUR 30 million, instead of the EUR 65.5 million proposed by the Commission. One really wonders whether this meets the standards of objectivity expounded earlier in the judgment.

As it is well known, a Member State that grants illegal [non-notified] aid can find itself subject to actions brought by harmed undertakings before national courts. If national law provides so, that Member State may also be liable to pay damages. Now, it is amply clear that a Member State that persistently fails to recover incompatible aid fully may also be hauled before the Court of Justice and ordered to pay substantial financial penalties.