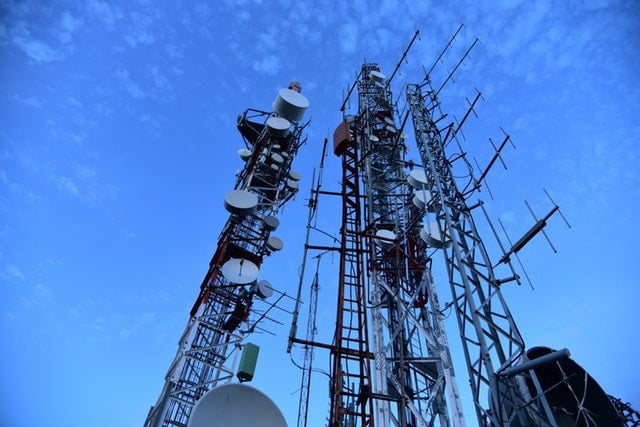 A service is classified as an SGEI not only when it is important for citizens but also when the market does not adequately supply it and one or more undertakings are compelled to provide it to specified consumers, in specified areas and on specified terms.

Introduction
The Treaty on the Functioning of the EU and the case law recognise that Member States can decide what they consider to be a “service of general economic interest”. However, the discretion of the Member States is not unlimited. The Commission is empowered to check whether they have committed a “manifest error”. The extent of the discretion of the Member States and the meaning of manifest error are contested issues.The Court of Justice of the European Union had to address both of these issues in its judgment of 26 April 2018 in case C-91/17 P, Cellnex Telecom v Commission.[1] Cellenex appealed against the judgment of the General Court in case T-37/15, Abertis Telecom v Commission (in the meantime Abertis changed to Cellnex). The General Court had examined an application for annulment of Commission decisions 2014/489 and 2016/1385 which found that aid granted by Spain to facilitate the deployment of digital terrestrial television in rural areas was incompatible with the internal market.Definition of SGEI, market failure and public service obligations

The Court of Justice, first, acknowledged that Member States are entitled to define the scope and organisation of their SGEIs according to the objectives of their national policy. Member States have a wide discretion, which can be challenged by the Commission only in the case of manifest error. However, the discretion of Member States is not unlimited (paragraphs 41-43).

Then the Court recalled that the first Altmark condition requires not only that the recipient of the aid is actually entrusted with a public service obligation but also that that obligation is clearly defined in national law in a sufficiently precise manner with respect to the nature and duration of the obligation (45). In the absence of a clear definition of the service in question as an SGEI in national law, the first Altmark condition is not fulfilled (45).

The Court dismissed as irrelevant the argument of Cellnex that there was a market failure. Indeed, both the case law and the 2012 SGEI package require that Member States demonstrate that there is a market failure that justifies state intervention through the imposition of public service obligations (PSOs) on one or more undertakings. The Court observed that the existence of market failure is not relevant in determining whether the undertakings concerned were in fact entrusted with the performance of PSOs by a public act and whether those obligations were clearly defined (46). Consequently, the Court rejected the first plea.

Cellnex’s next pleas were that the General Court made several mistakes in its assessment of the provisions of the Spanish law concerning the classification of digital tv services as SGEI and that it erroneously found that the national law did not contain any public mandate. The Court of Justice rejected them.

The Court of Justice first noted that all telecommunications services were classified as services of general interest in the relevant Spanish law. It agreed with the General Court which had held that the mere fact that a service was designated as being of general interest in national law did not imply that any particular operator was responsible for the performance of a clearly defined public service (70).

The General Court expressly acknowledged that the responsibility for the management of an SGEI can be entrusted to an undertaking by means of one or more official acts, the form of which may be determined by Member States, including the nature, duration and territory of the PSO (84). The Court of Justice stressed that the mere fact that the national law designates a service as being of general interest does not imply that any operator providing that service is responsible for the fulfilment of clearly defined PSO within the meaning of the first Altmark condition (85).

The Court is reiterating here a well-established principle in the case law on SGEI. It is not enough that a service is declared to be important or essential. If it is important, then someone must be compelled to provide it. The supply of such an important service may not be left to the discretion and business decisions of undertakings. After all, state intervention is justified when the market does not adequately provide that service. If, without compulsion, undertakings can provide the service, then there is no need for state intervention.

Existence of advantage in the presence of market failure

The aid had been granted to Cellnex without any competitive procedure. Cellnex argued that the General Court wrongly equated the absence of a call for tenders with the existence of an economic advantage.

The Court of Justice observed that it was clear both from the judgment of the General and the Commission decision that Cellnex had obtained an economic benefit because it received direct public funds for the supply of equipment and services on conditions that did not correspond to those of the market. The General Court noted that Cellnex would not have borne the costs if it had wished to offer those services in rural areas (110).

The Court of Justice recalled that the concept of economic advantage includes any relief from charges which are normally borne in the budget of an undertaking. Among the expenses normally included in the budget of an undertaking, are, in particular, the additional costs which undertakings must bear because of legal, regulatory or contractual obligations which apply to an economic activity (112). Therefore, the public funds that Cellnex received to cover the costs related to the digitisation of terrestrial broadcasting networks could not escape from being classified as economic advantage on the ground that those funds were intended for the modernisation and extension of the broadcasting network, in compliance with the contractual obligations defined by the Spanish authorities (113). In the absence of the measure in question, Cellnex would have borne those costs itself. Therefore, the funding it received for that purpose conferred to it an economic benefit (114). The Court also noted that that conclusion could not be called into question by the fact that there was a market failure. The Court stressed that, on the contrary, that fact proved that Cellnex received a benefit it would never have enjoyed under normal market conditions (115).

The Court of Justice pointed out that in the context of applying the Altmark conditions, the calculation of the benefit received by an undertaking may require an assessment of whether the compensation exceeds what is necessary to cover all or part of the costs incurred in discharging the public service obligations, taking into account the related revenue as well as a reasonable profit for the performance of these obligations. However, compensation granted by a Member State is not classified as State aid only to the extent that the four Altmark conditions are cumulatively fulfilled (117).

If, on the contrary, those conditions are not satisfied, the advantage is not equal to any overcompensation granted to the beneficiary because the state intervention cannot be regarded as compensation for a genuine PSO. In such a situation, the advantage consists of the totality of the public funds transferred to an undertaking, irrespective of the way that undertaking uses those funds (118).

On the basis of the above findings, the Court of Justice dismissed the appeal in its entirety.

This section summarises the main points in the judgment of the General Court that was appealed by Cellnex. The numbers in brackets refer to the paragraphs in the judgment.

Lessons to be drawn

The judgments of the Court of Justice and of the General Court are rich and provide very useful guidance as to how the assignment of PSO should be done. A public authority that wishes to impose PSO must at minimum do the following: